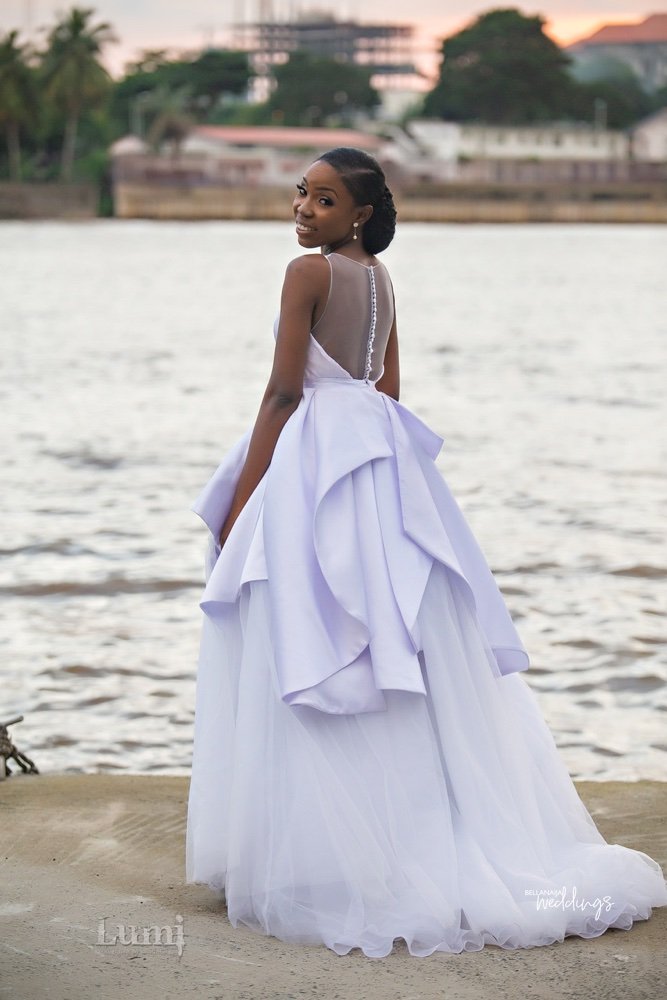 We are still in the buzz of the beautiful #Àṣéwẹ́rẹ́niṣẹ́Olúwa wedding ceremony and still swoon with the actress Lala Akindoju‘s modern chic look. The actress tied the knot with her love Chef Fregz in a custom-made design dress by the creative fashion design Mai Atafo and she had us all hooked as she walked down the aisle in the stunning piece.

Wondering what it took to make this classic dress,? We got you! Our team had a chat with the brain behind the masterpiece, Mai Atafo who told us everything you need to know about Lala’s dress. So, sit back and enjoy!

Oh wait… before we get into the details, let’s meet the designer.?
Mai is the creative director behind the fashion label Mai Atafo. He is a voice in the fashion industry that spans from making both non-bridal outfits + bridal outfits for both brides and grooms that are absolutely brilliant. Remember the trending wedding #BAAD2017, he is the brain behind the stunning look of the couple.

Hi Mai, good to have you here! Can you take us through the process of creating Lala’s dress?

Hi! Thank you for having me!

So, making Lala’s dress was such an honour for me. It’s been a few years now when Lala said Mai you are making my dress. It is interesting when a friend turns to your client and then a bride. I mean, she could  have changed her mind all these years because things have happended since when I started doing bridals and her wedding. But she always said it though the designs always changed. When the day came, and she reached out to me, I was really honoured.

Lala wanted something very simple, no lace, no bling, she just wanted something classic and satin. She showed me some ideas she had and though they were nice, I honestly just wanted to make Lala, Lala! In thinking of her design, I had to consider her body shape which luckily for me happens to be a designer’s dream type of body. 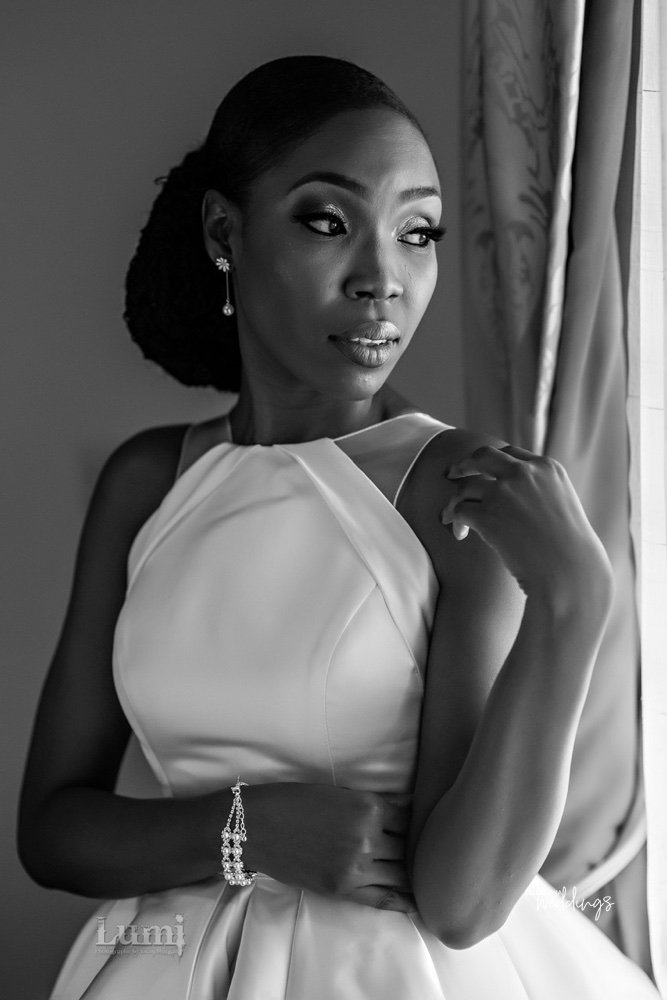 At the start, the idea for the dress was a borderline between an A-line dress and ballgown but mostly definitely satin, after going through a few of her inspiration, I showed her the bottom of the dress which was about eight layers of tulle altogether, it was bouncy and that got a tick from her.

But because she was really keen on satin, we had to find a way to bring that in, we decided on a peplum. Now, the interesting about the shape of the peplum is that we really didn’t know what it was, honestly. All we knew was that it was going to look like a part of the dress, not a separate piece and also add a bit character to the dress.

Now, in creating the peplum, it was like eight layers of satin on each other, stapled together and just put over each other. We also made it serve as a belt for the dress. The biggest challenge had to be the search for the perfect neckline, because of my kind of bride, we were searching for something more interesting, not the regular bridal neckline. So we went through a couple from off-shoulders to the regular ones but none cut it for us. Then I just saw this neckline from another designer and that sealed it for me. For the back of the dress, making it mesh was the perfect option and then we made it align to the underarm for a little of bit character. In picking the colour, we initially wanted o make the peplum a different colour, then  Lala suggested white and I did agree because of her chocolate skin and natural hair that was truly going to make that white pop. 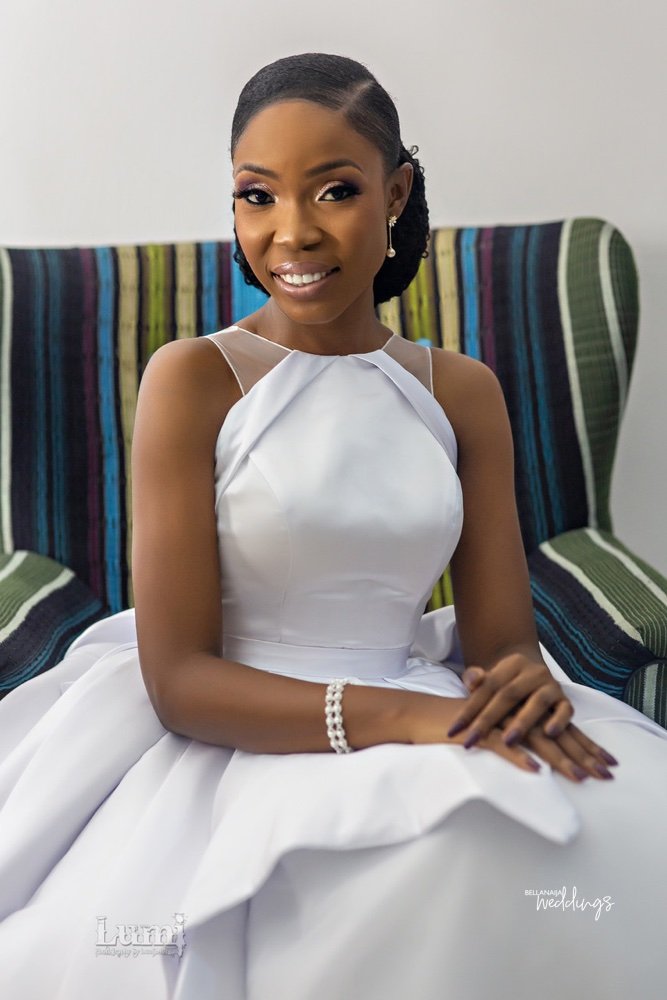 It took about a month to make the dress, mostly because of the 8 layers of tulle for the bottom of the dress. But before then, it took almost two months for us to agree on the dress because of her busy schedule and in between that she would call me and say “Mai, my dress o“. I had to communicate with her stylist, Yolanda Okereke. But after we agreed, it took a month to make the dress and then she fitted three times and that was it. I really wanted her to have control on her dress without assistant from anyone. It truly is beautiful when a bride can move around freely in her dress by herself and that was my goal for the dress. Then everything about the vision truly came to life when Lala saw the dress and totally loved it.

Here’s a video of Lala at her final fitting below:

P.S: Most of the dance move you all saw on her wedding, she already cracked in the studios just so she was sure she could get down easily in the dress. My favourite part of the wedding had to be when she took off the peplum while dancing and handed it to her husband.

Thank you Mai! It is really nice to have you chat with us about Lala’s gorgeous dress!  She really rocked the contemporary satin peplum ballgown that gave us that timeless classic feel. 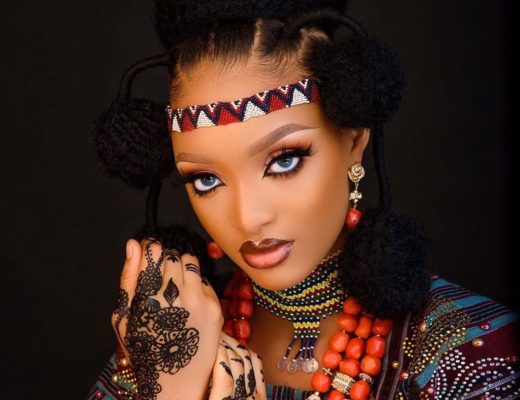 Today’s Beauty Look is for the Fulani Bride Bringing her ? Slay Game 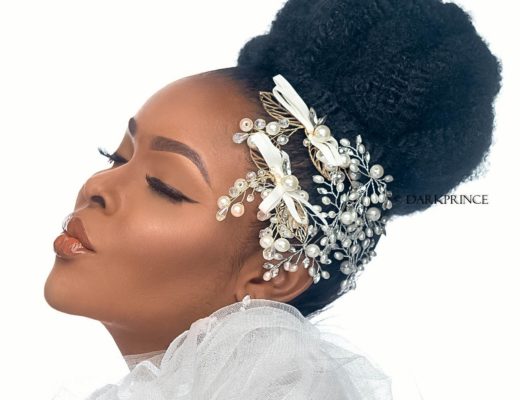 Hey Naturalistas! This Kinky Bridal Updo Is Exactly What You’ve Been Searching For 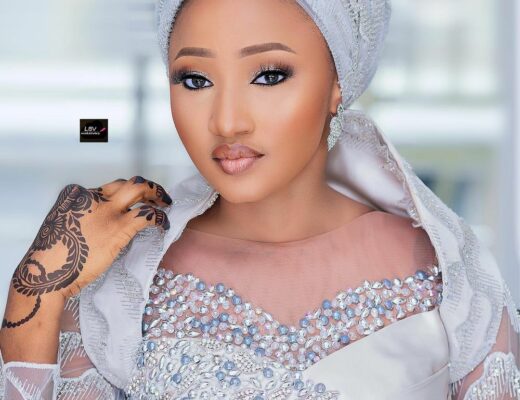 Northern Brides-to-be, This Beauty Look Was Made For You!