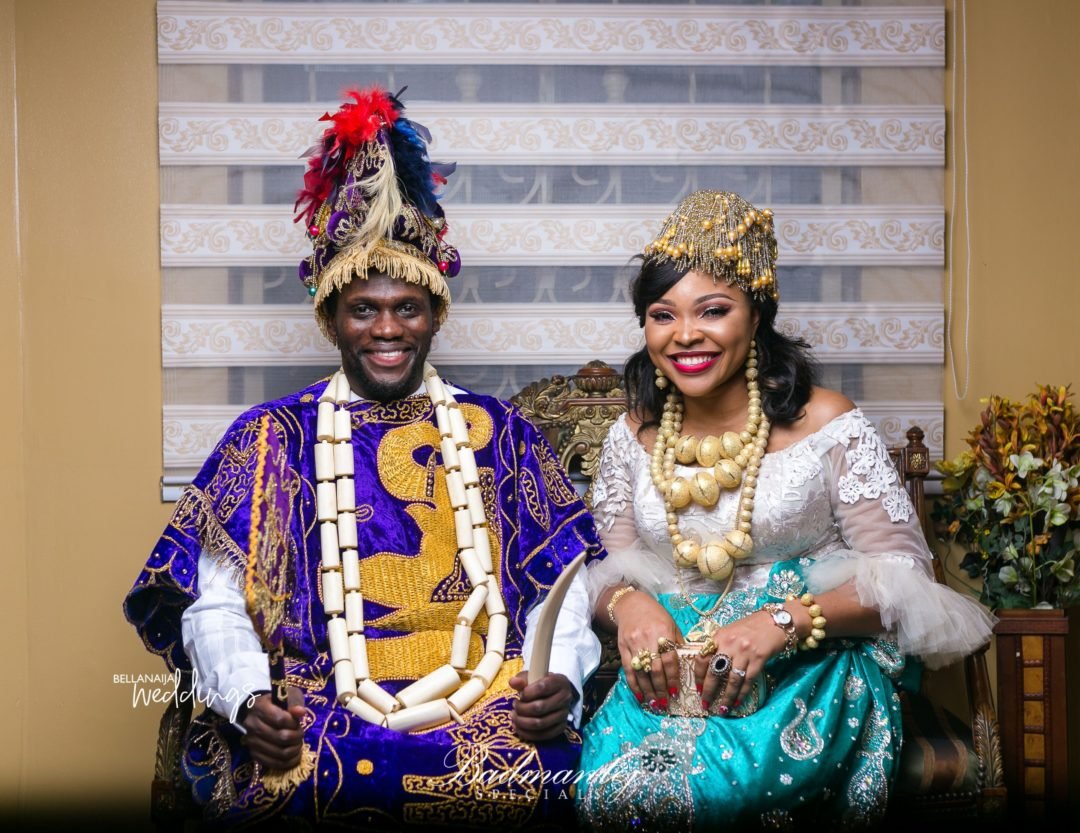 We have hundreds of ethnic groups and tribes around Nigeria and across Africa, being the culture lovers that we are,  BellaNaija Weddings has decided to kick off a spotlight on wedding cultures.

For the first pick, we have the Kalabari culture which is an Ijaw ethnic group in Rivers State, Nigeria. Big thanks to the beautiful and knowledgeable Boma for sharing about her culture. You may recognize her as the bride from #BOJ2018 – you can check out her full wedding feature here.

So Boma, tell us about the Kalabari Traditional Wedding?

There are about three types of marriages in my culture, the Iya, Igwa, and Waribiobesime. For my traditional wedding ceremony, I had the Iya ceremony which is said to be the highest and most expensive form of marriage in the Kalabari culture. Depending on the families, the ceremony might last for one or two weeks with a series of traditional activities to be done during the weeks.

This is how it all goes down.

The first ceremony of the wedding is the Boko Baku which means knocking of the door. It is generally called the introduction of families or engagement. At the end of this occasion, the groom and his family will be given a list of items to purchase and the amount of money they are expected to spend. The list can be as long as five to ten pages depending on the family. After which the date for the actual wedding will be agreed upon. Then after the Boko Baku, the groom’s family sends representatives to the maternal and paternal homes of the bride ( the bride’s grandparents) bearing food items and gifts to inform them of their intention of marrying their granddaughter.

Right after that, the bride meets with the special dancers called the Iriawo, they agree on payments and then the family picks the little girl that carries the pot of money (which is the bride price). The bride starts the Iya dance and Buroma rehearsal where different bands representing the bride’s families play all day to announce the forthcoming celebrations. Then, the payment of the bride price is made to the bride’s family, this activity is conducted by only women. In the Kalabari culture, women receive the bride price on behalf of the family. When that is sorted then, the Iya dance ceremony takes place.

For my Iya dance, I was dressed in a traditional wrapper called Ingiri, with lots of beads all over.

Then I wore a short wrapper called India, with beads called kilali, a hat and walking stick made from beads to the King’s palace. 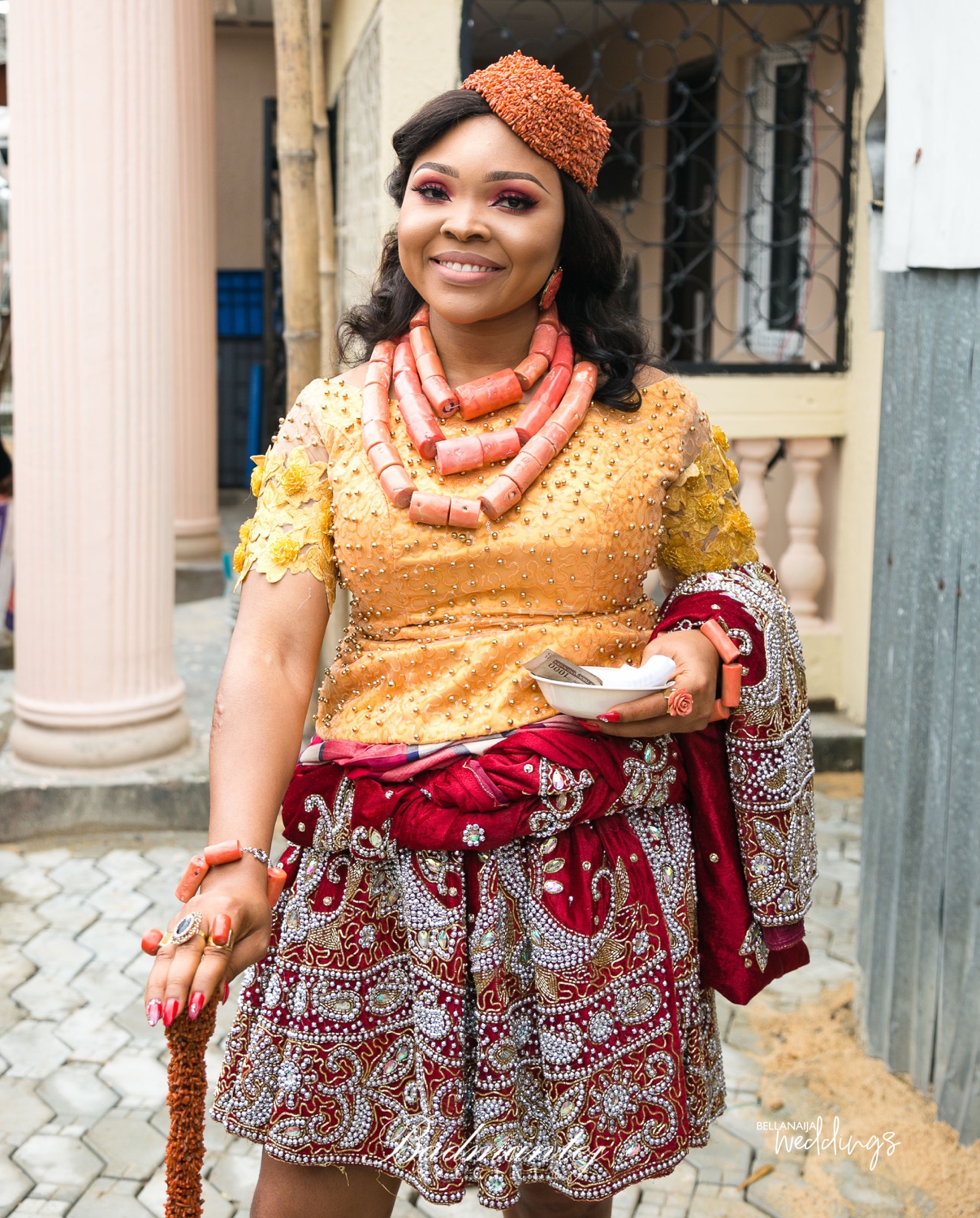 During the Buroma ceremony, the Iriawo dancers and the little girl with the pot of money on her head escort the bride alongside her family and well-wishers to the King’s palace. 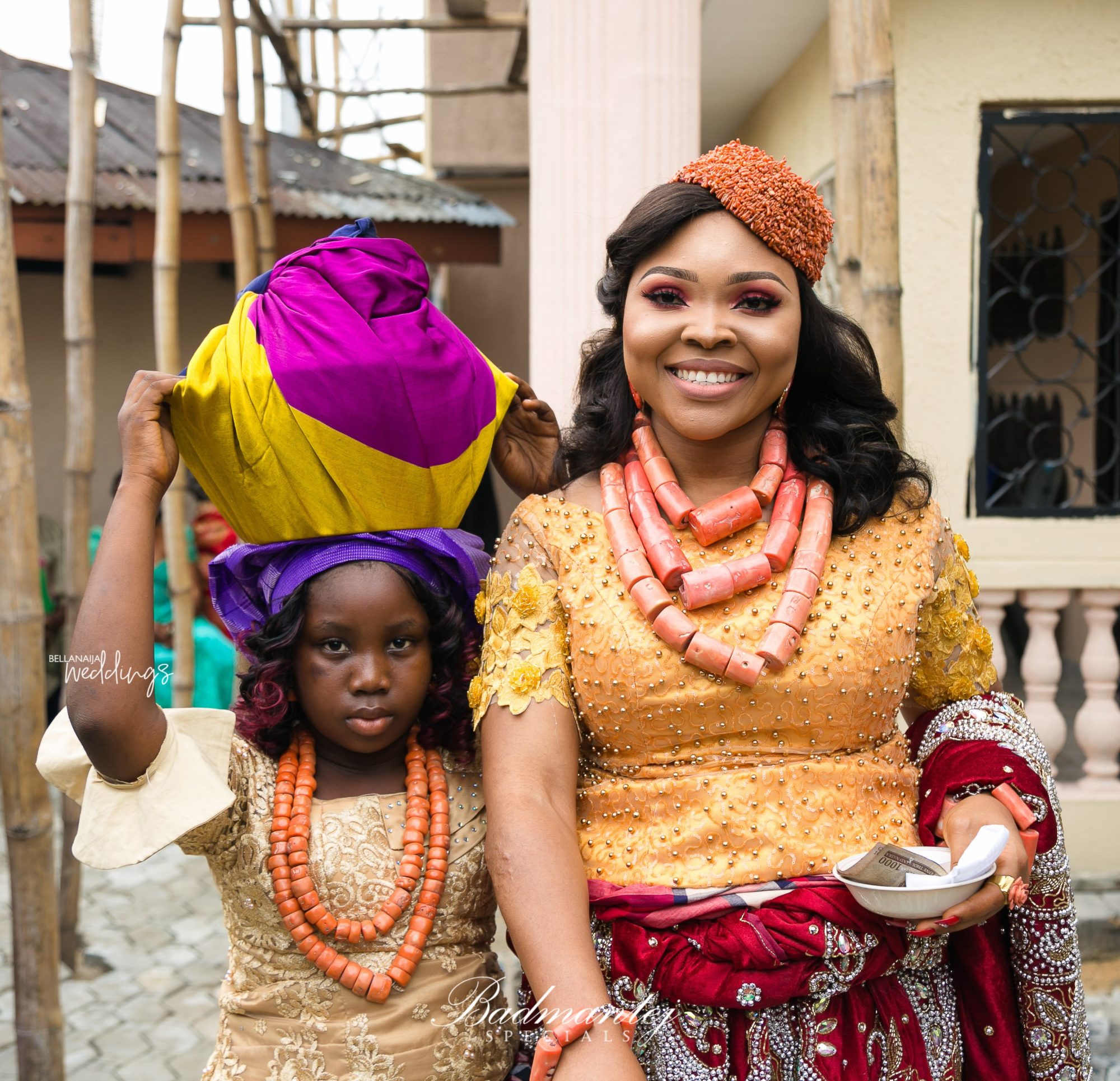 The king’s palace because in the Kalabari culture, it is the king that gives the bride out in marriage, making the marriage irrevocable. This ceremony seals the union, meaning that divorce is not allowed. The children of the couple belong to the husband’s family but in death, the body of the bride must return to her family for burial because the tradition says ‘menu fe bo mgbe fe’ – “what is for sale is flesh not bones”. 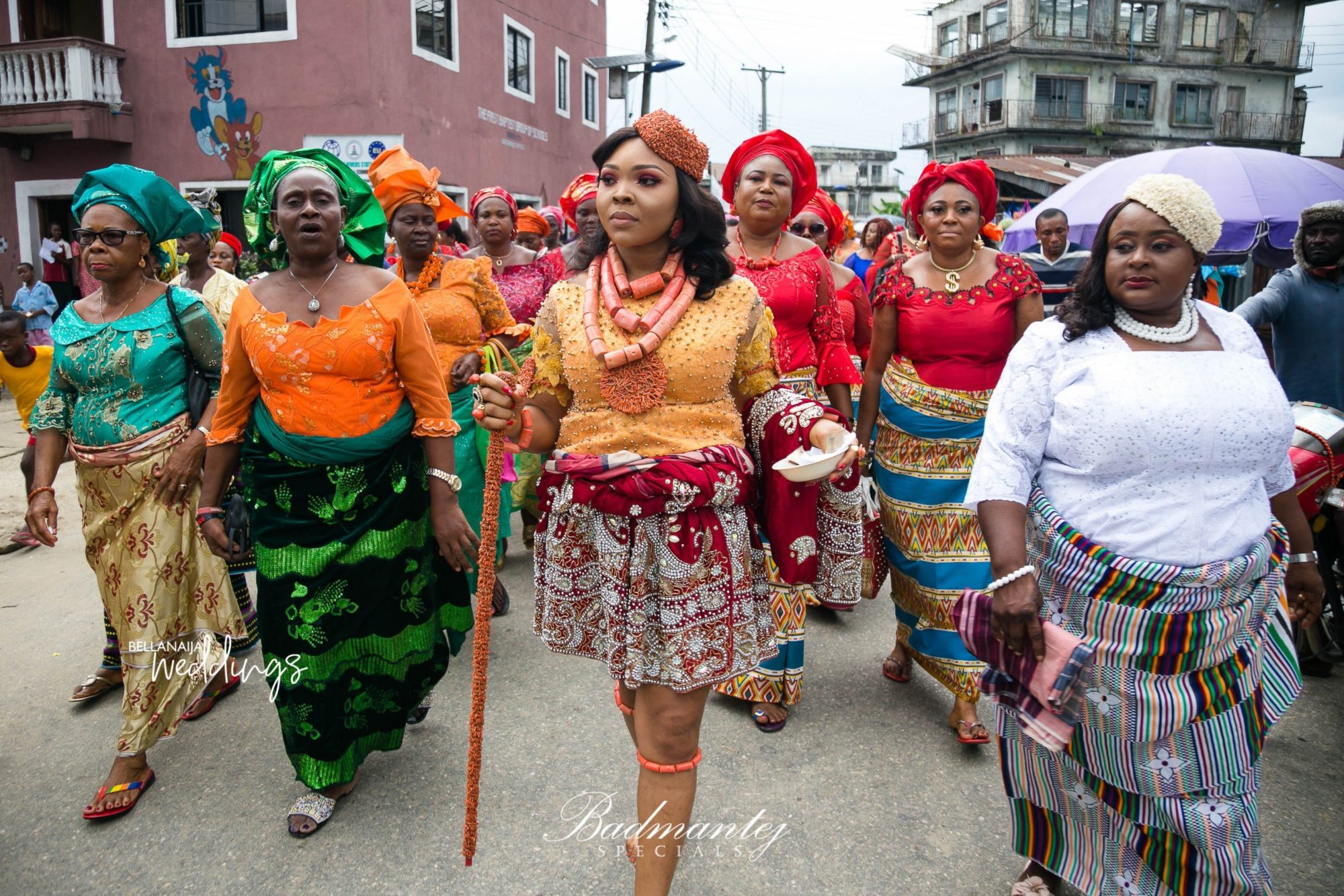 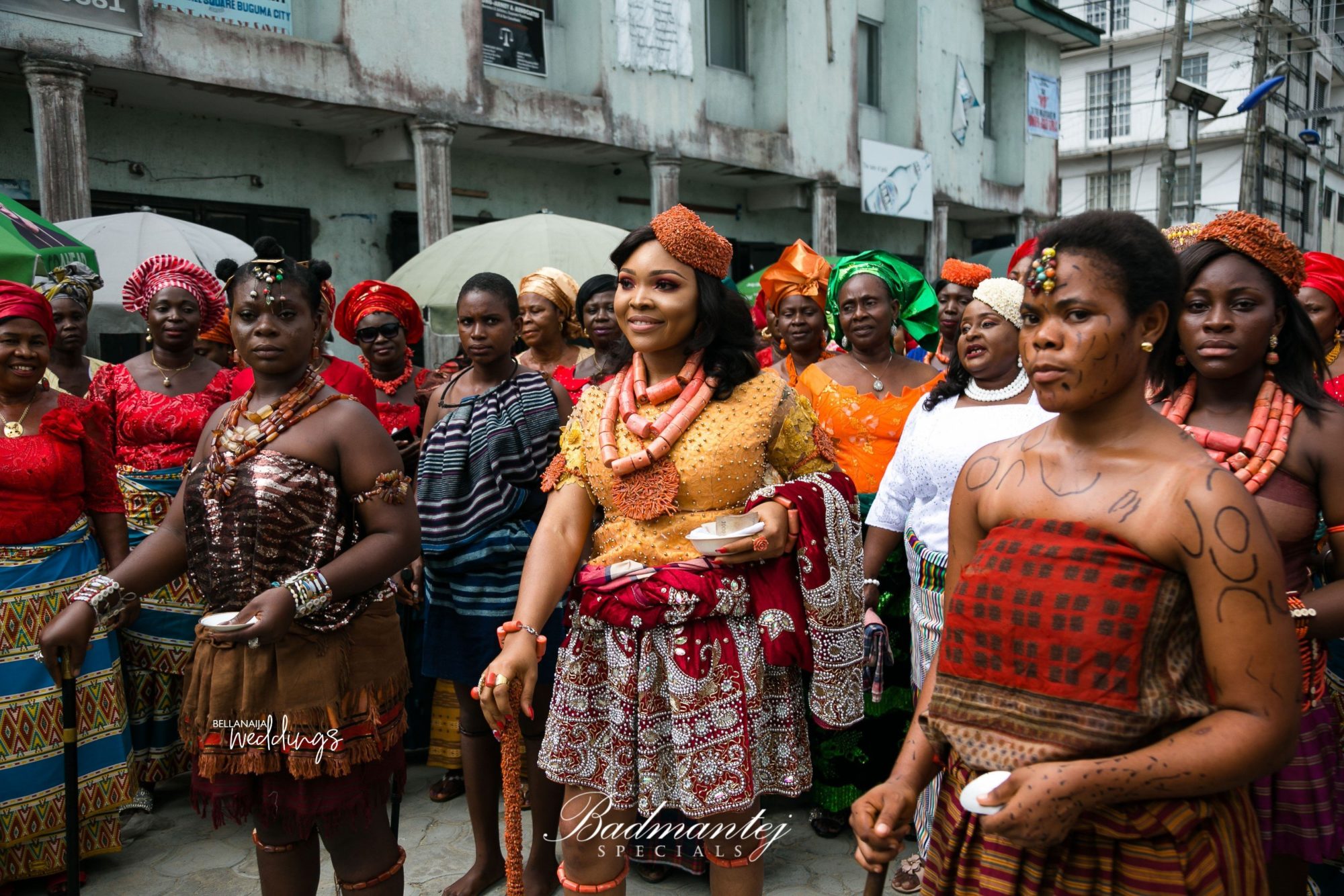 Then the Igbe Fingi which is the opening of the box. The culture requires that everything in the box must be in three pieces, so all the bags, shoes, perfumes, wrappers must all come in a set of three, it’s a whole lot. Then, there is a small box that has the bride’s underwear, but it is usually not opened in the public. The big box is opened in public and every item has to be counted. There also has to be money in the envelope at the bottom of the box and if any item on the list happens to be missing, it must be paid for in cash at that moment. 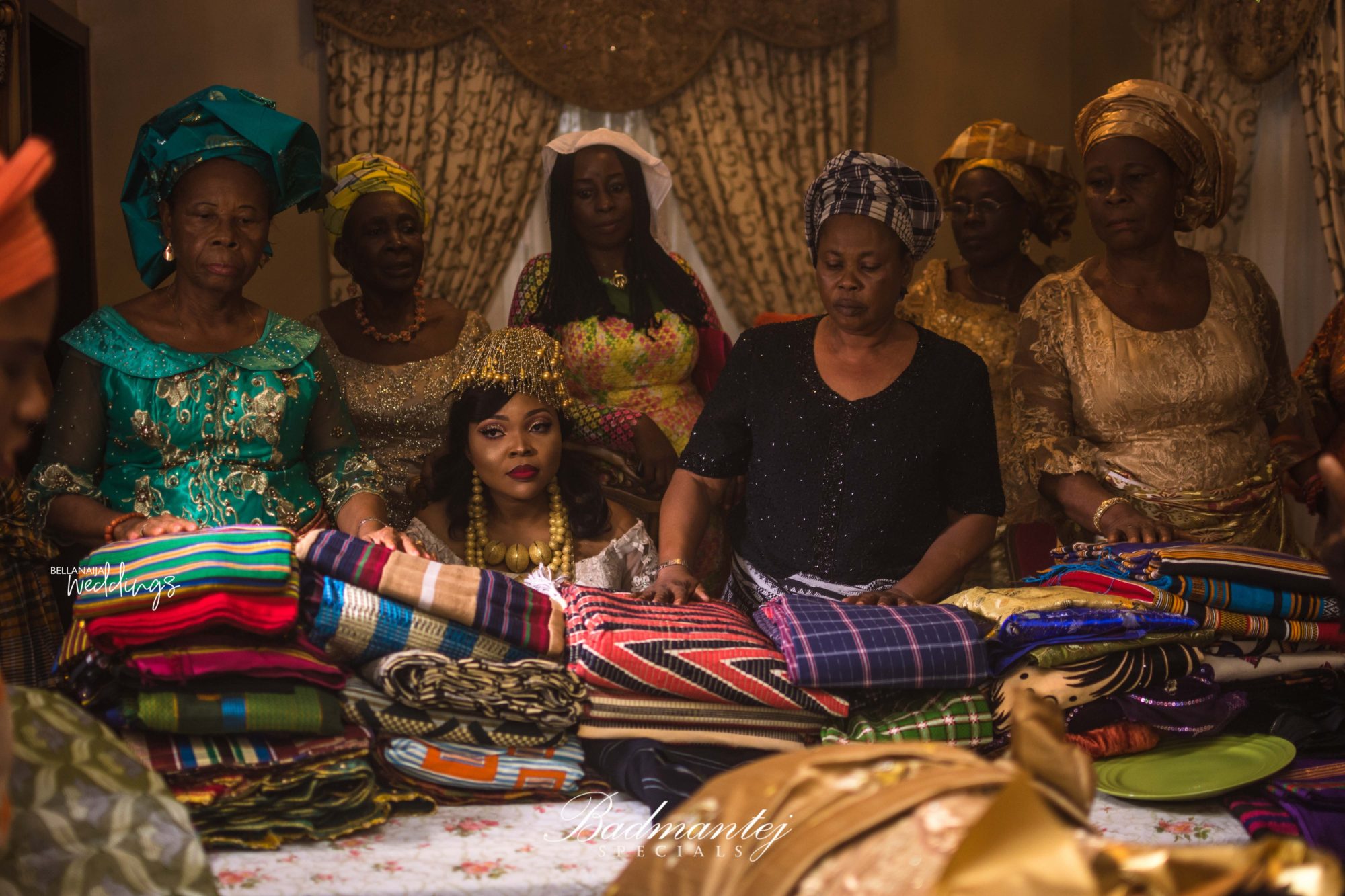 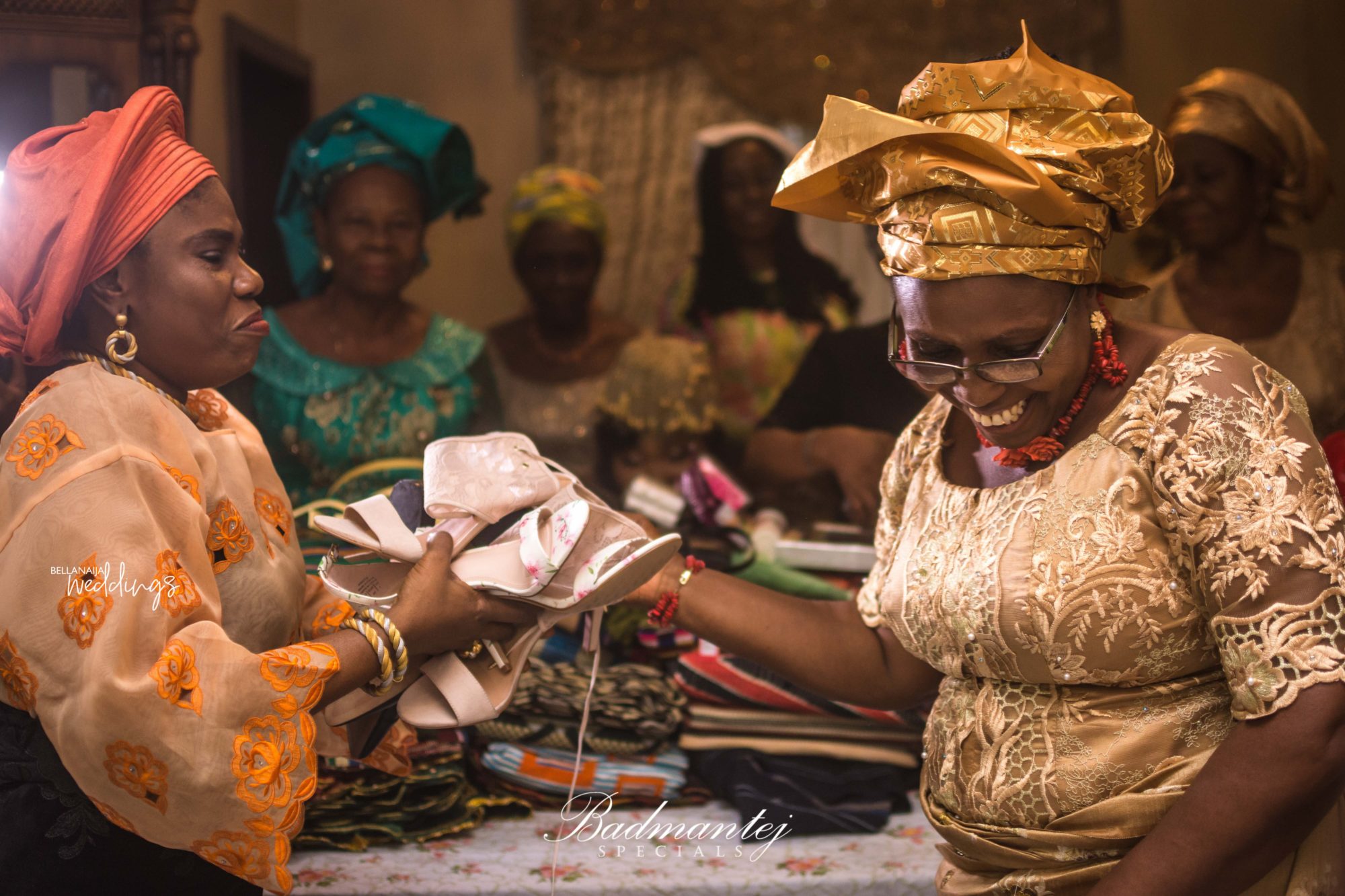 An important fact to note is that without these items from the groom to the bride’s family, the marriage ceremony can’t continue. During the introduction, the family of the bride buys the groom’s mouth with food (bibife) this means he can’t eat another woman’s food without the bride’s permission and he can’t date anyone else. Now during the wedding ceremony, the groom’s family buys the bride’s mouth with money and a lot of food. There are special items on the list and all must be provided, if not, the bride is not allowed to eat. The items included a “full” female goat, 9 tubers of yam and much more.  They cook everything – (Don’t ask me what happens to the food o ?), the women share it among themselves after the ceremony. 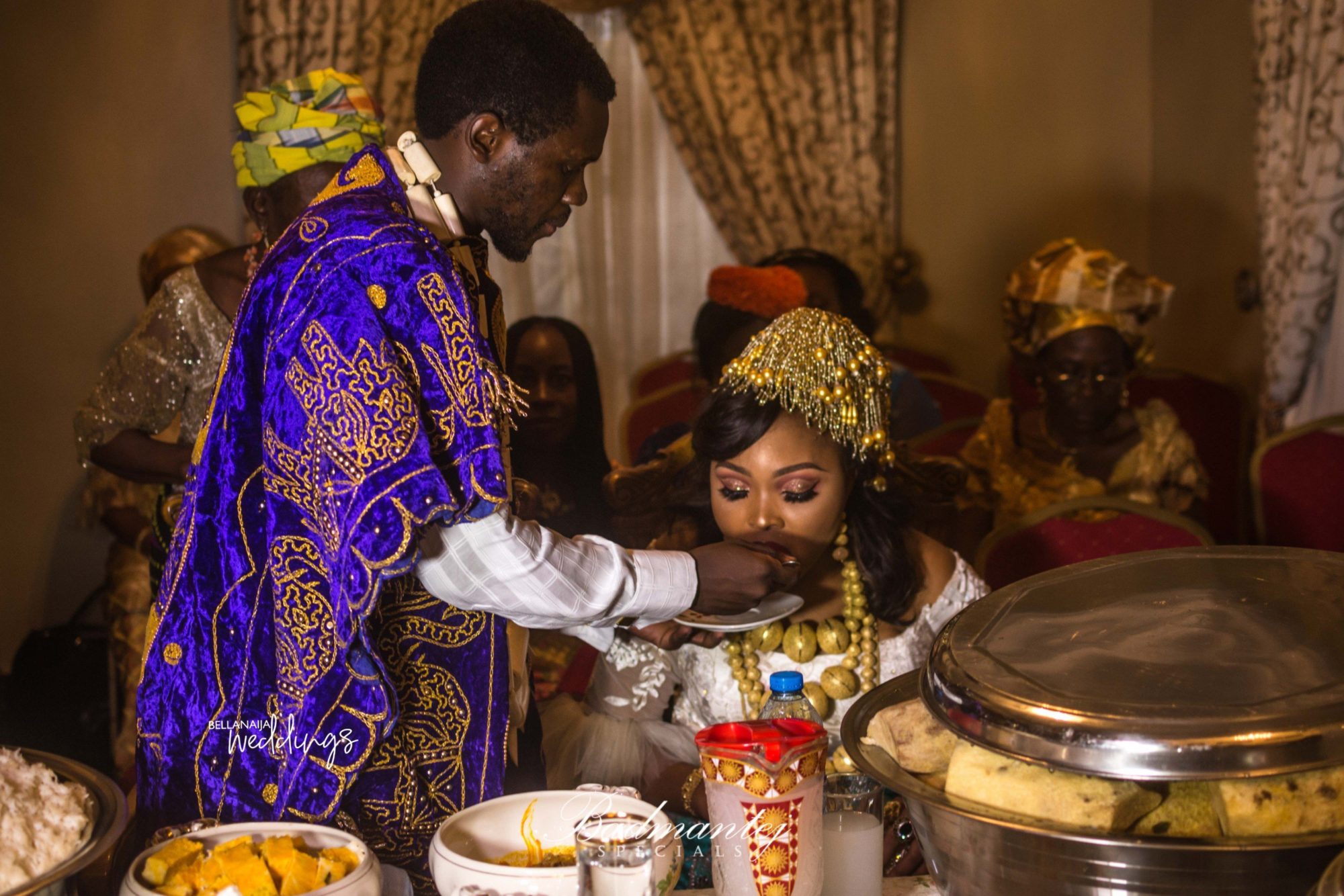 Your husband isn’t Kalabari, were there special requirements because of this?

Yes, my husband is Yoruba, so as a guest coming to take a bride, he had to dress in the Kalabari attire. It was after the payment of my bride price that we both could dress in his own traditional attire. My husband’s first outfit was white Etibo on black pants. 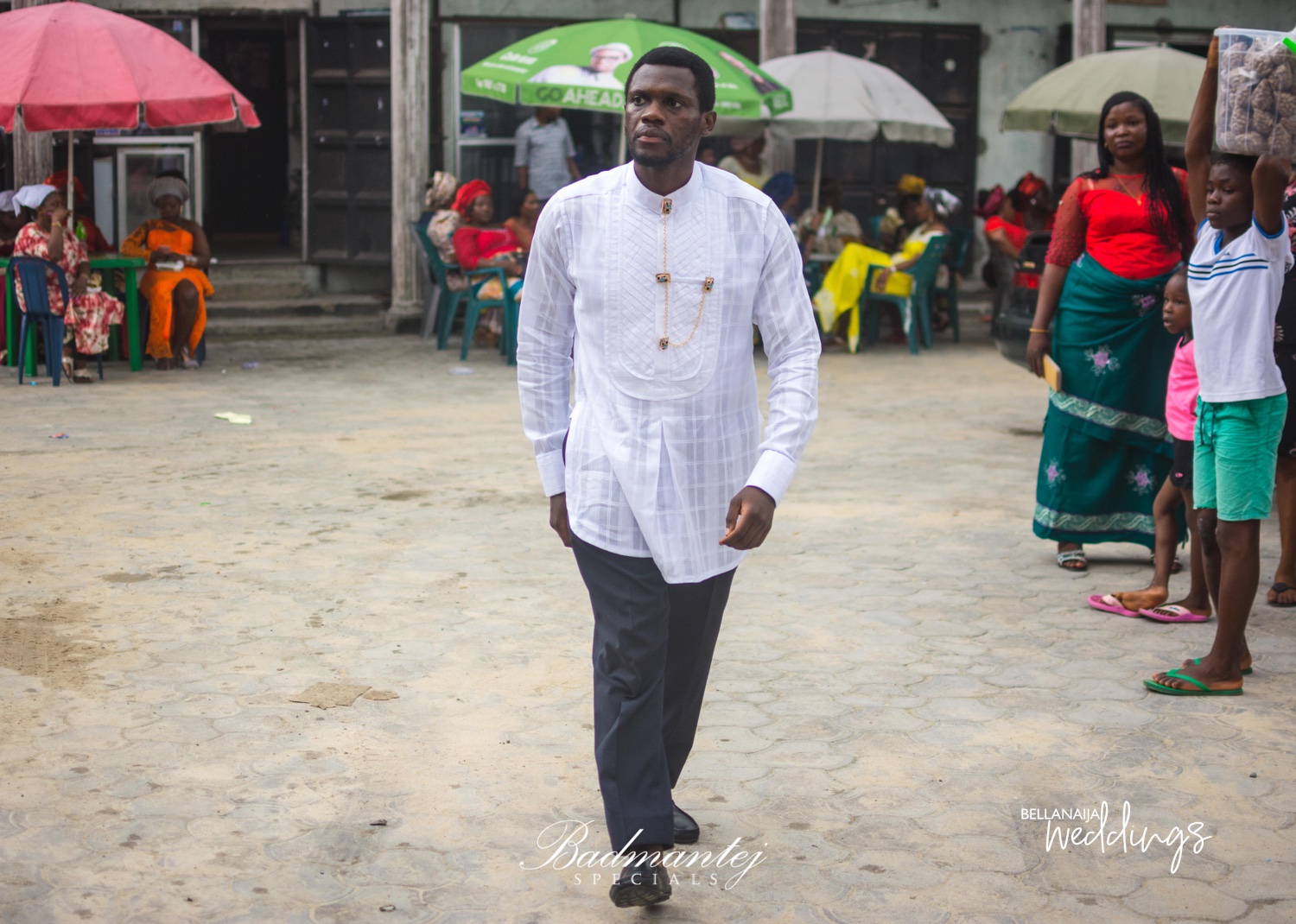 For his second look, he wore white beads, elephant tusks and a hat. 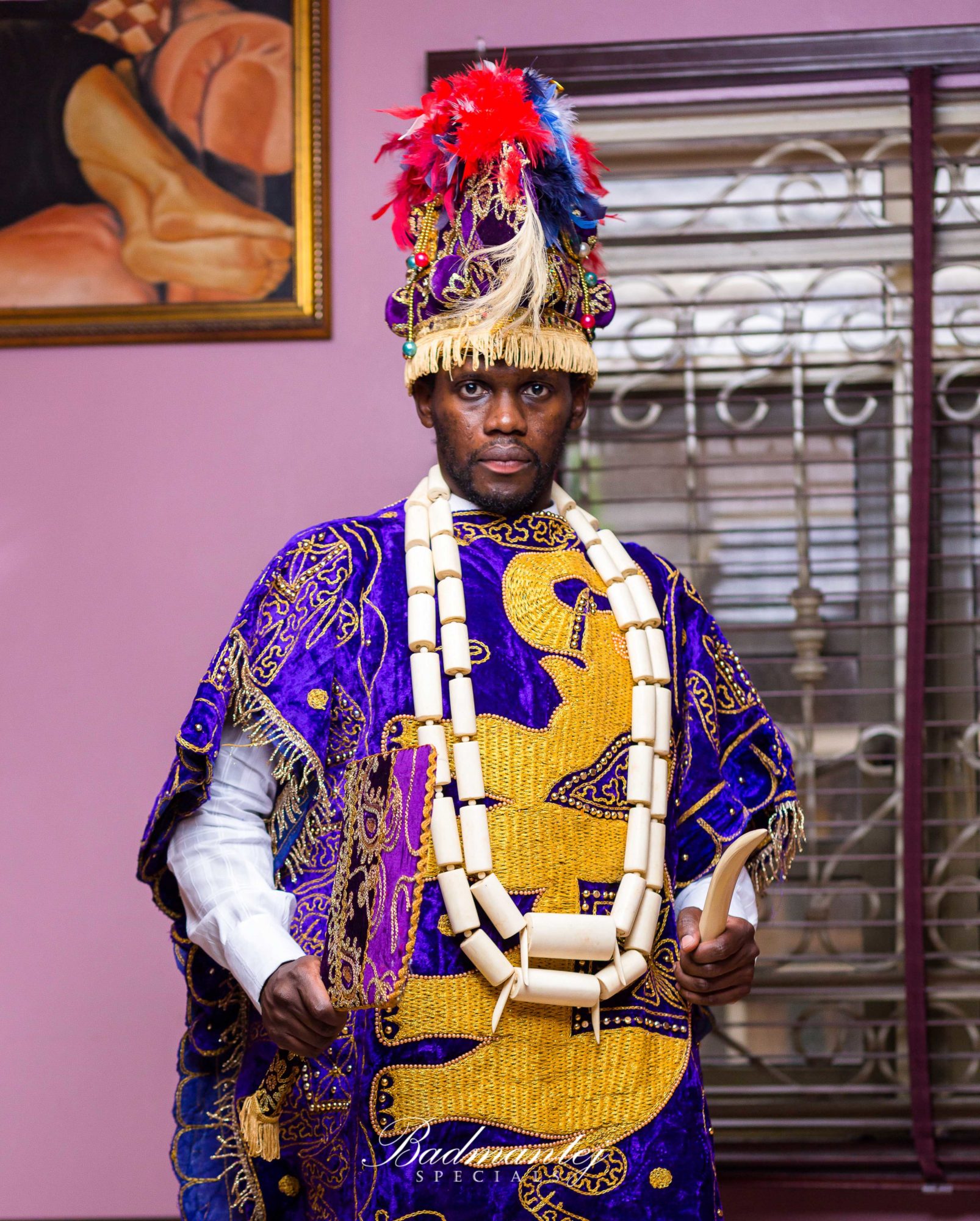 For the bibife, I wore wrapper and gold corals. My bridesmaids #AsoEbiBella also joined the cultural mood in their outfits. 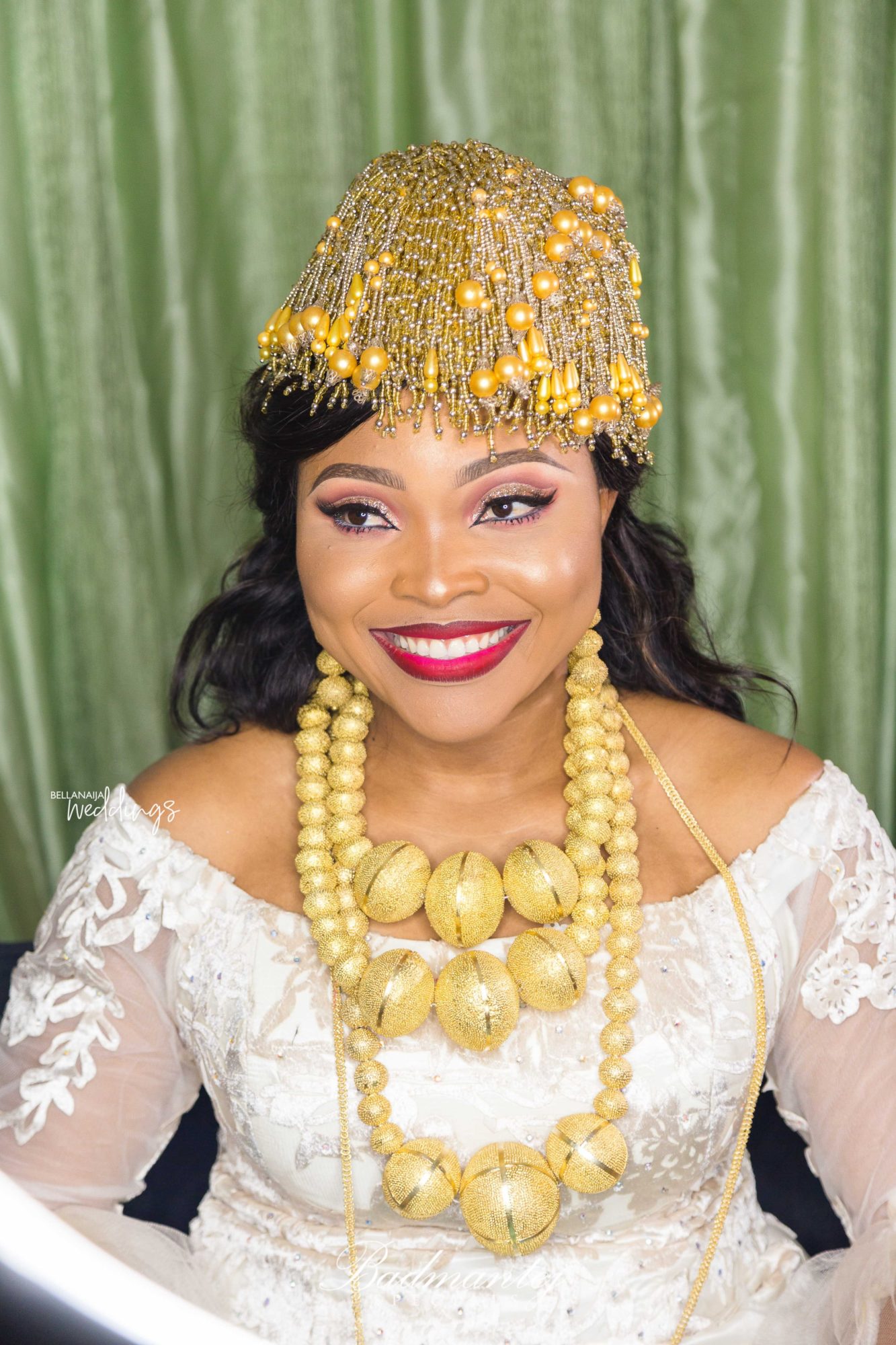 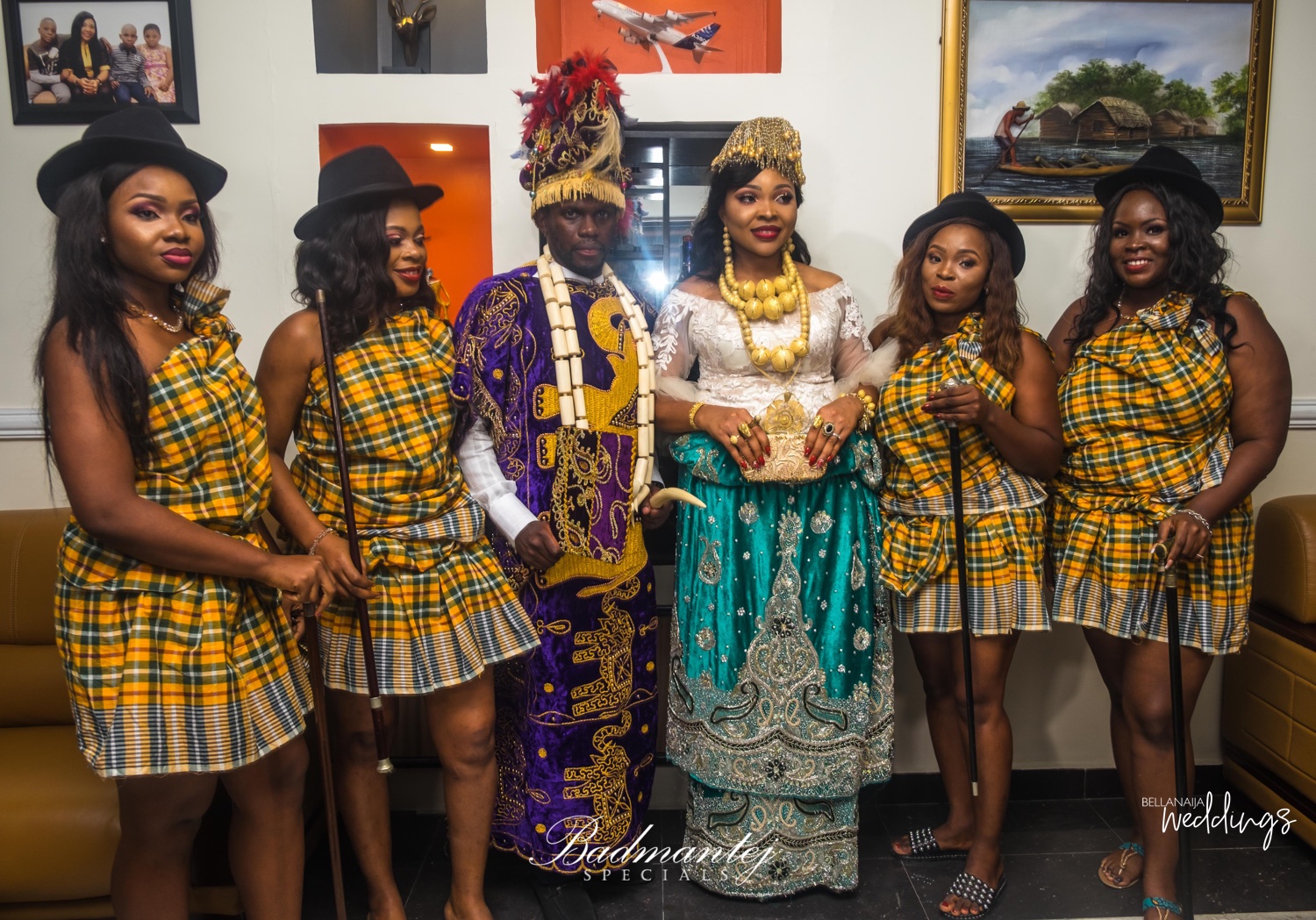 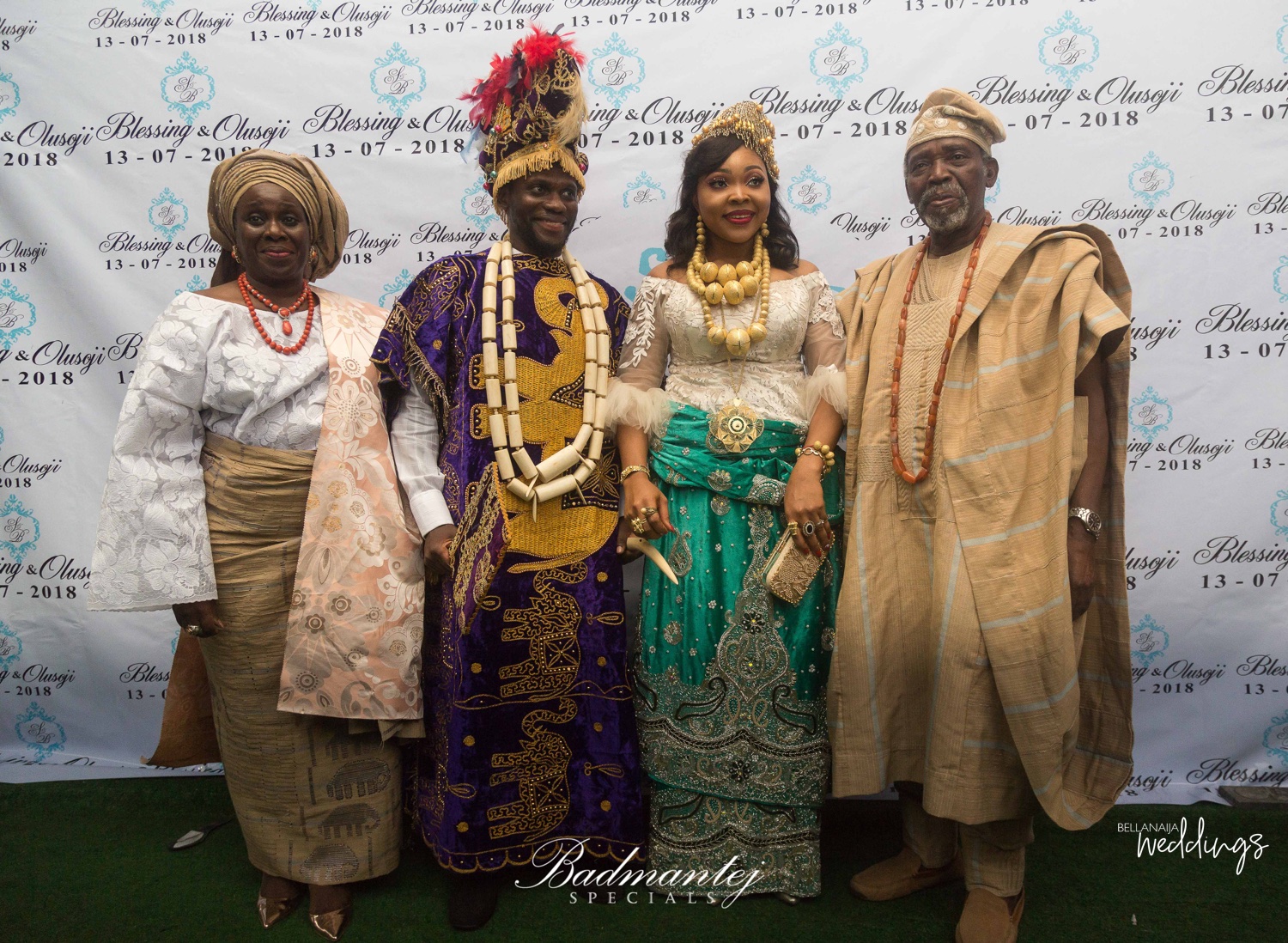 As the groom is Yoruba, after all the bride’s traditional wedding rites were completed, the couple transitioned and wore Yoruba attires for their reception.

Wow! So insightful! A huge thank you to Boma for answering lots of our questions. If you are a Kalabari bride or bride-to-be and want us to know a little more about this culture, please do let us know in the comment section. 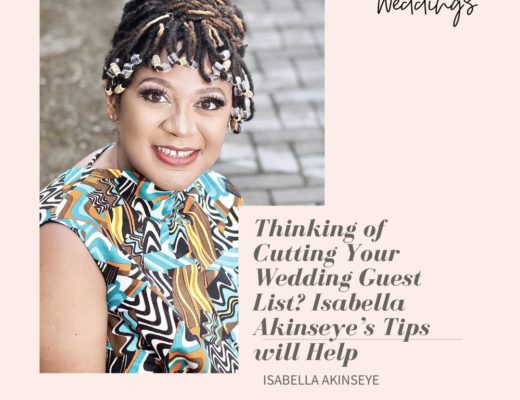 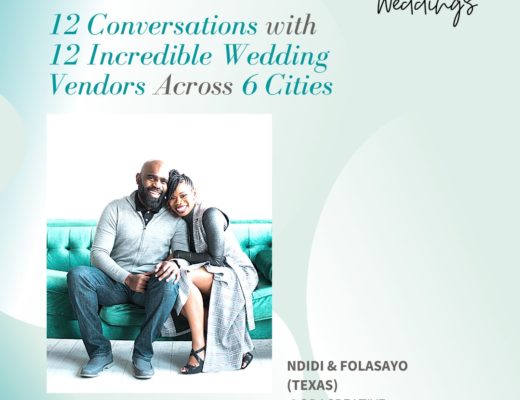 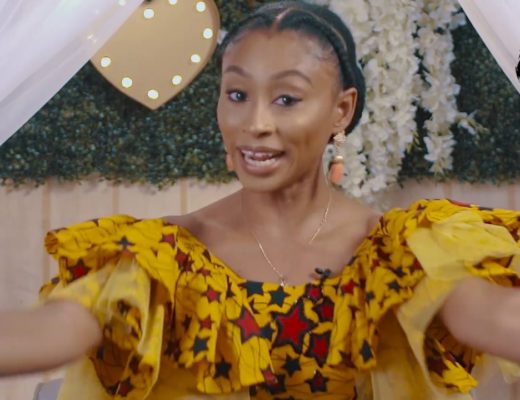