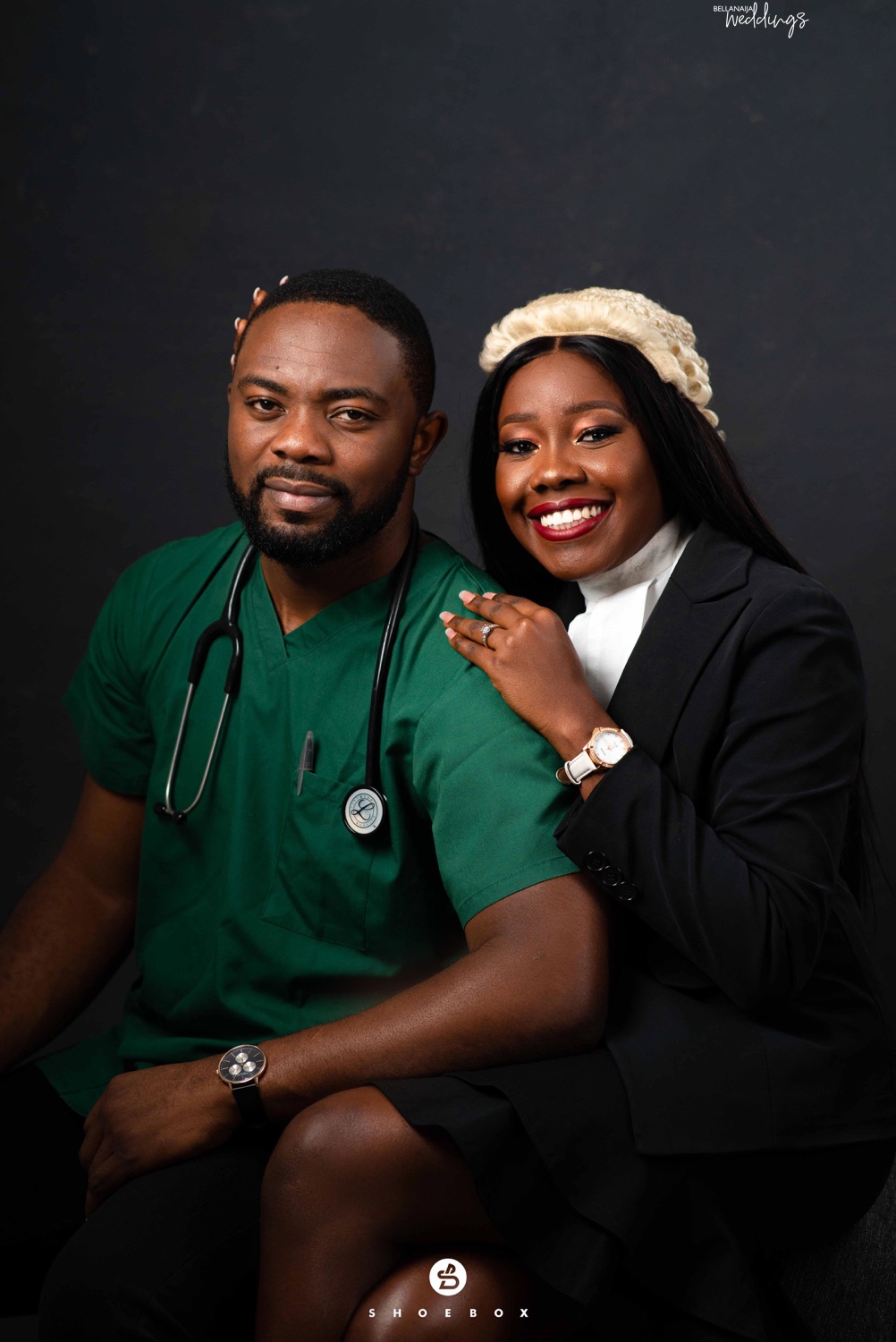 When the lawyer meets the doctor that totally sweeps her off her feet.

Do you believe one can find love on social media?  If you don’t Buchi and Tolu‘s love story should help out. Their story started from Tolu liking her pictures and sending her DMs on Instagram, they exchanged numbers from there and soon became friends. Everything about their love grew out from a place of friendship and now they are counting down to saying their vows. The bride-to-be, Buchi lets us in how they met and their proposal story below.

Here’s how it all started according to Buchi:

It was December 2015, I had just finished Nigerian Law school and was taking time off to rest from the reading and law school struggle. I had been single for a while now and was just taking life as it came. Tolu had been sending me DMs on Instagram and liking my pictures so I responded and followed back. We started chatting, noticed we didn’t live far from each other, exchanged numbers and we soon became friends. 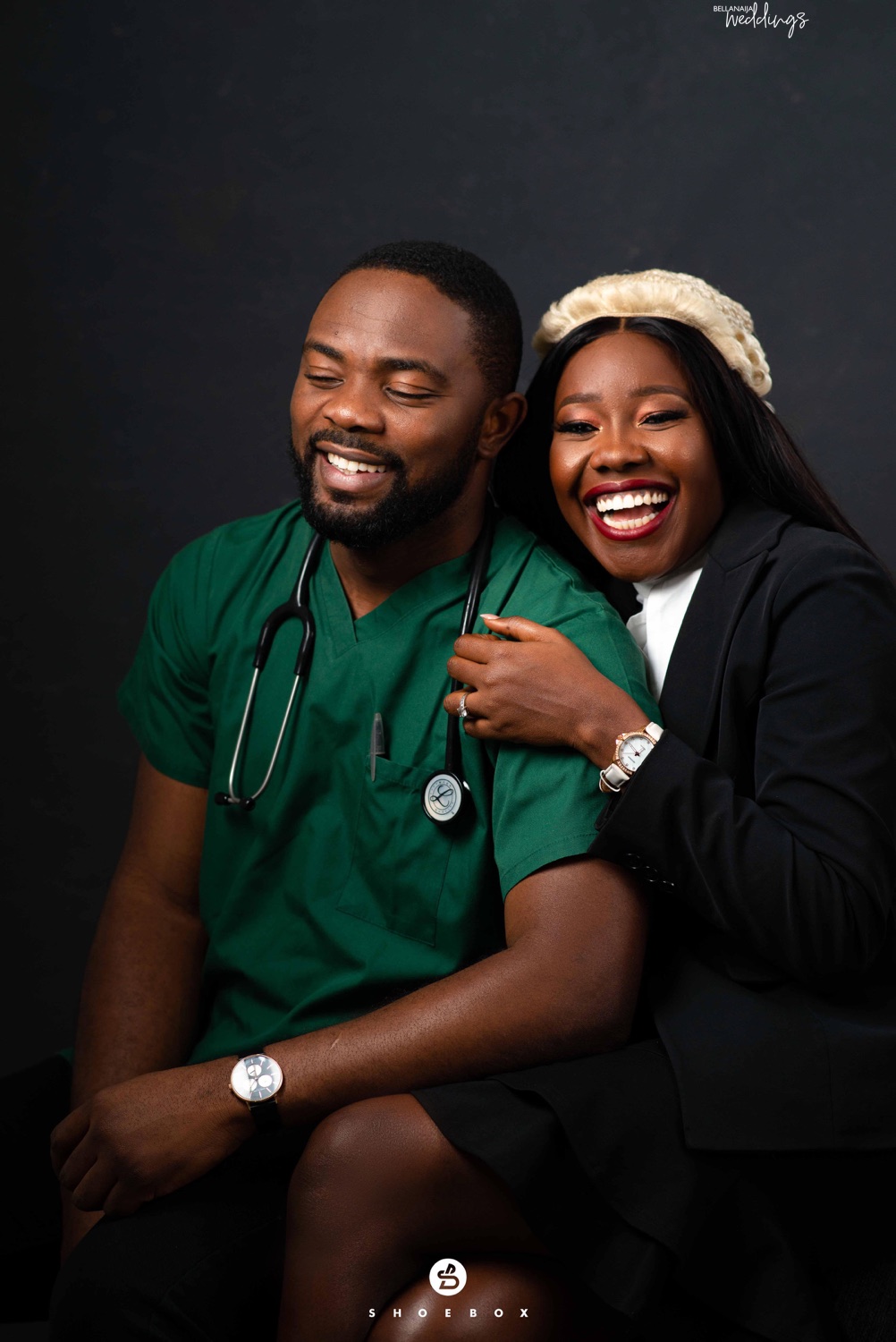 We met for the first time in February 2016, and we went to see a movie, most of our conversations were about being professionals in Nigeria and whether it really was worth it, we didn’t talk about anything romantic or personal. After the movie, he dropped me at home and weirdly enough we didn’t see or speak afterwards. Months passed, and he didn’t contact me I was not thinking much of it because I did not believe that a true relationship could be birthed from social media, so I moved on. I even went on a couple of dates with other people but nothing seemed to work out. 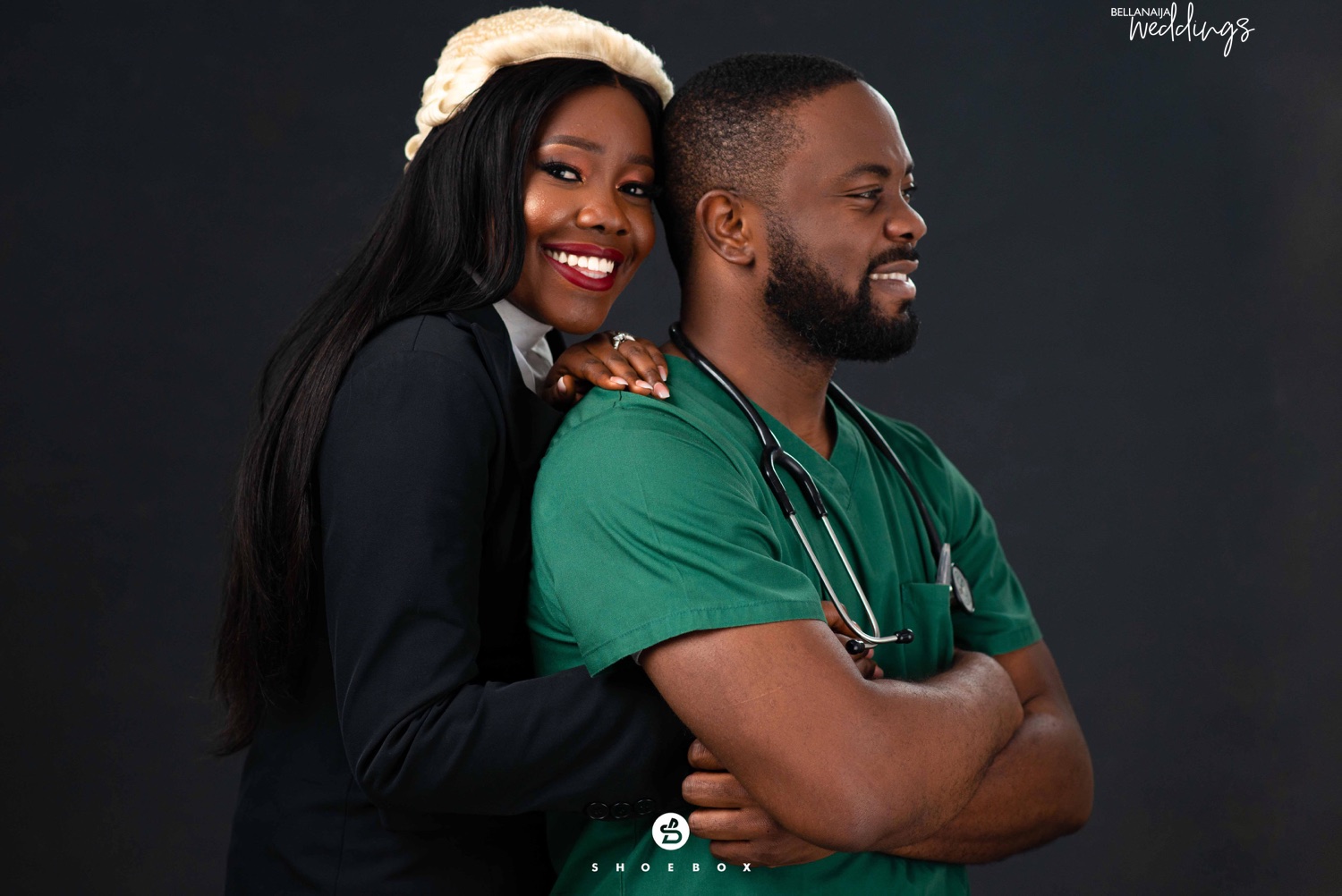 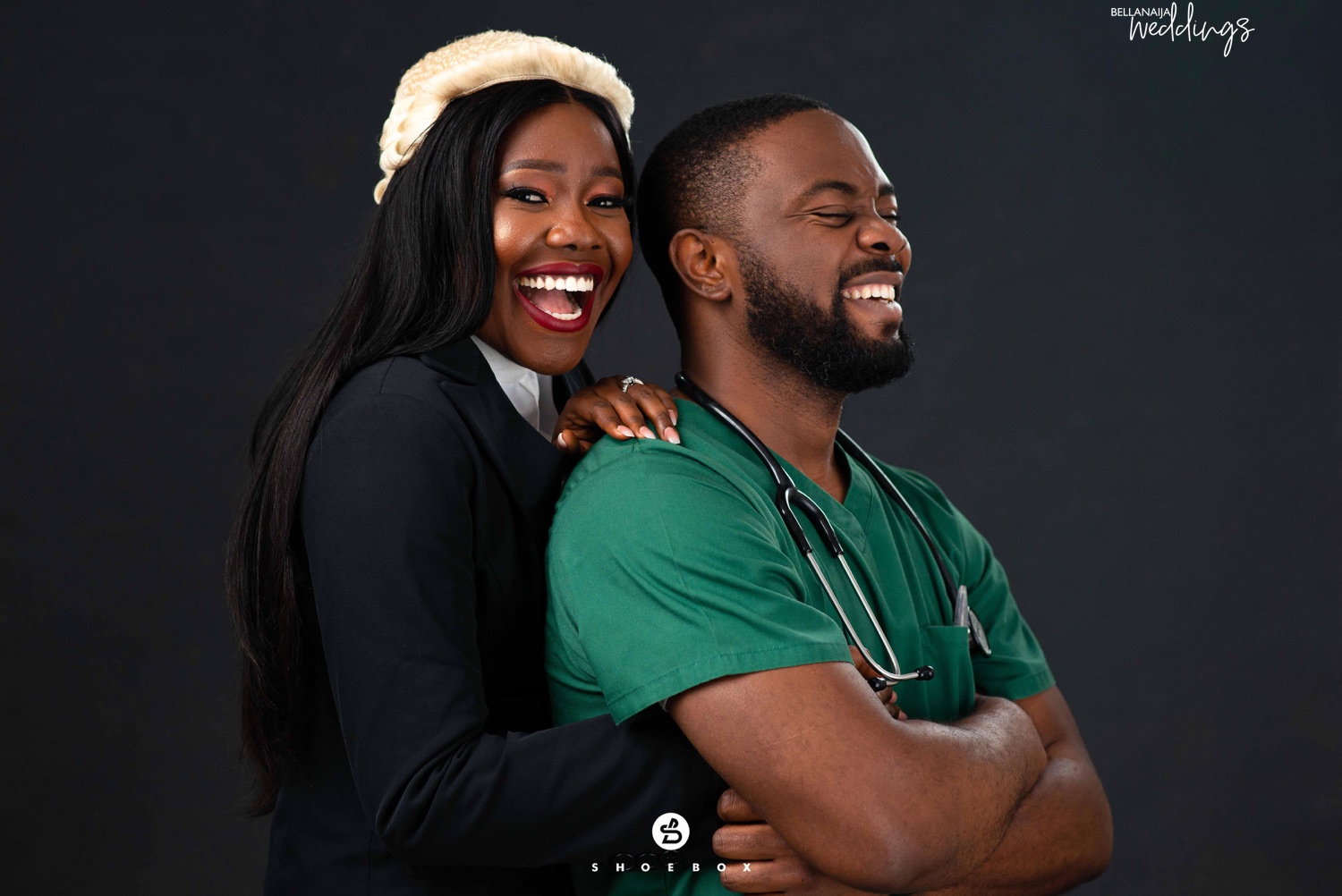 One day I was very ill and decided to call Dr Tolu. He asked that I come to the hospital where he worked so I could be examined. He examined and gave me some medications for free! Lol! I was happy because I thought, “Ah! free medicals hence forthEmoji” We went for lunch after that and agreed to talk more. A few more dates later, I knew that I liked him and was glad when he asked me to date him. 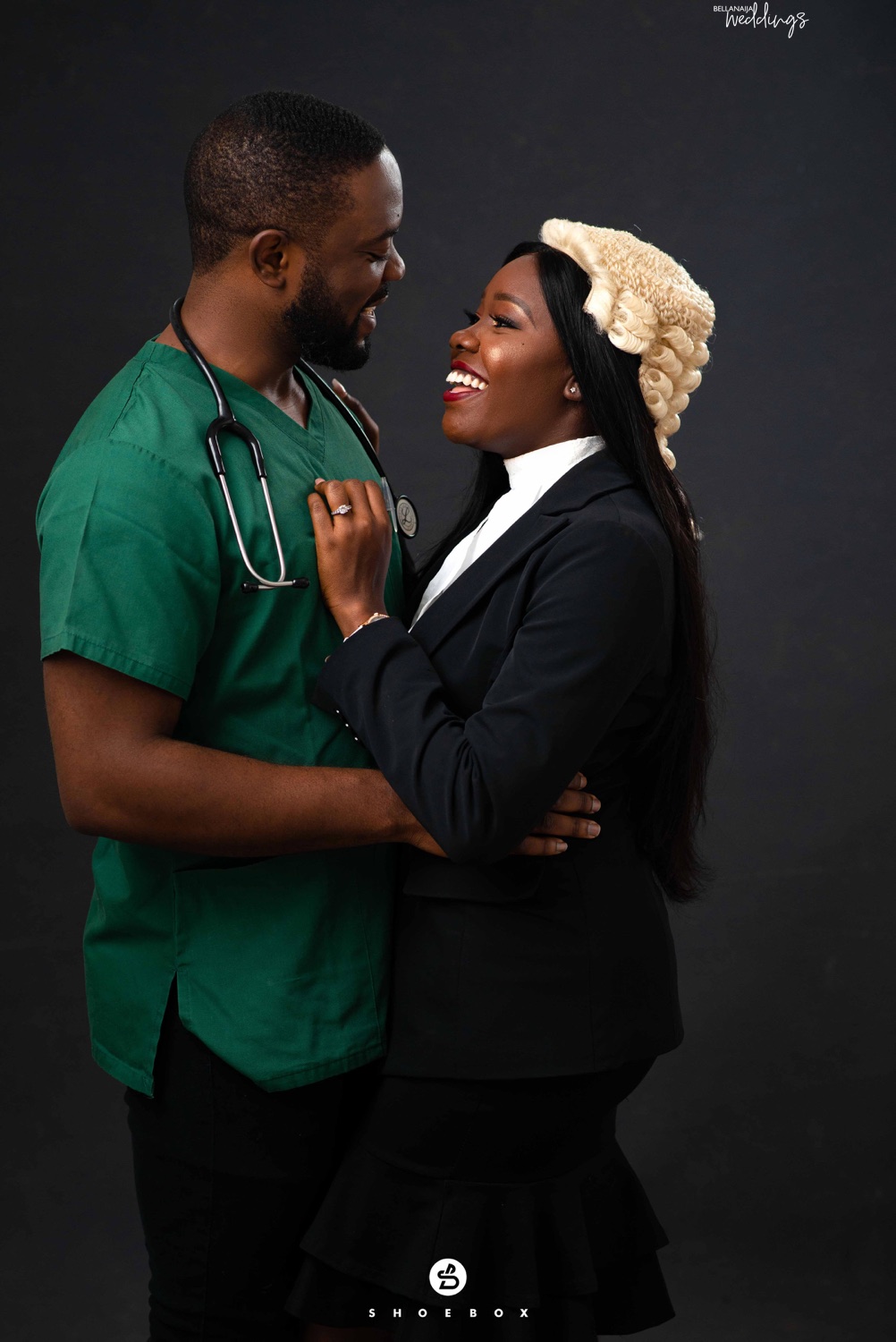 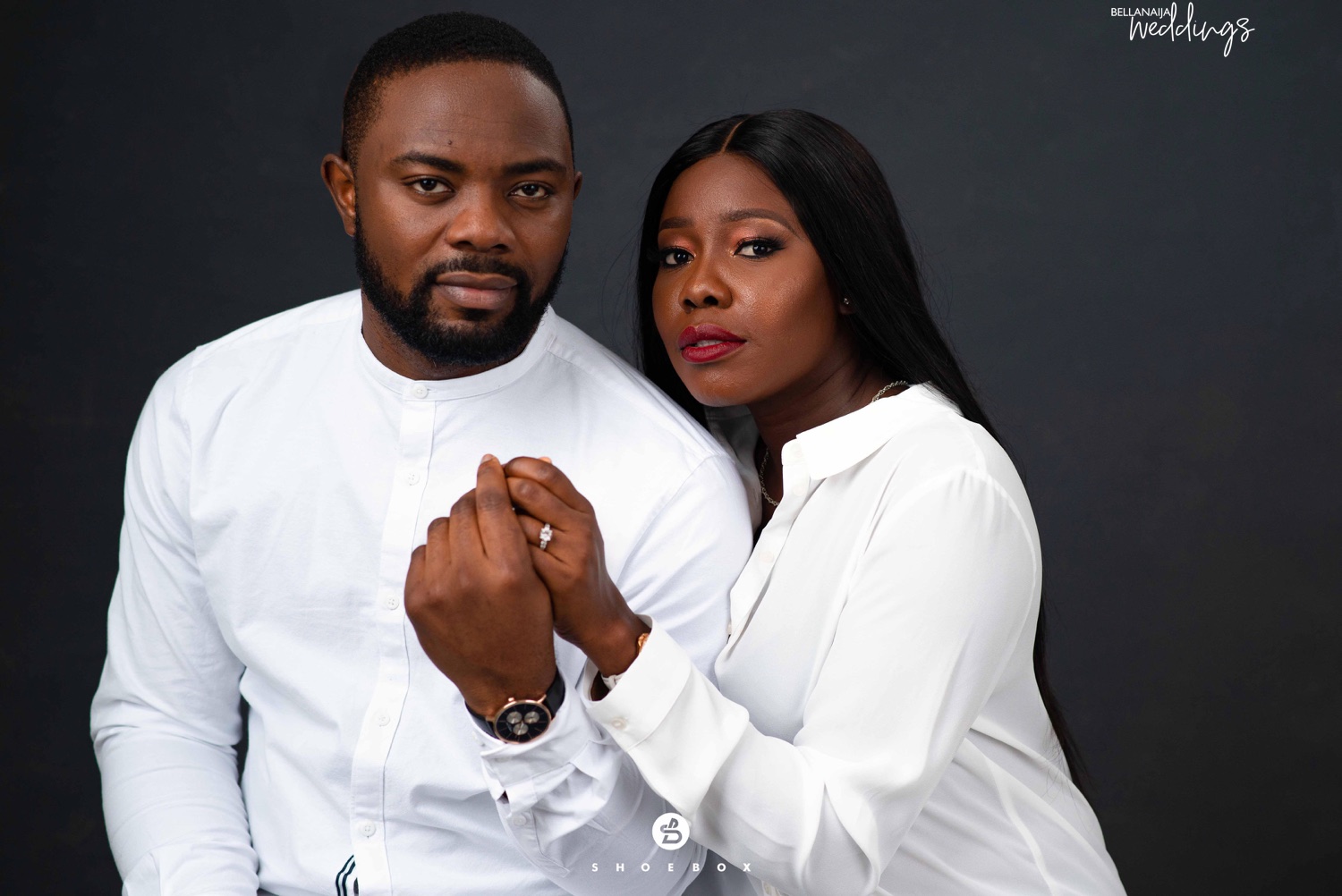 Here’s how he popped the question according to Buchi:

Tolu is not a romantic so I was not expecting anything fancy. We had talked about our future together and he had asked to see my parents earlier on so I had a gut feeling that something was going to happen soon. On the 13th of February 2019, he invited me to his house saying that he had cooked some mad dishes and wanted us to “Netflix and Chill”. After work, I zoomed to his house and jumped on the food (because I had a long day). While I was eating and watching a movie, I saw that he was uneasy and kept pacing. In my mind “What’s doing this one today?” Next thing, he asked “Buchi can we pray?” with my mouth full I thought “What’s going on? You’re are not the most prayerful person emoji” but muttered “Oh! okay. Let’s pray.” 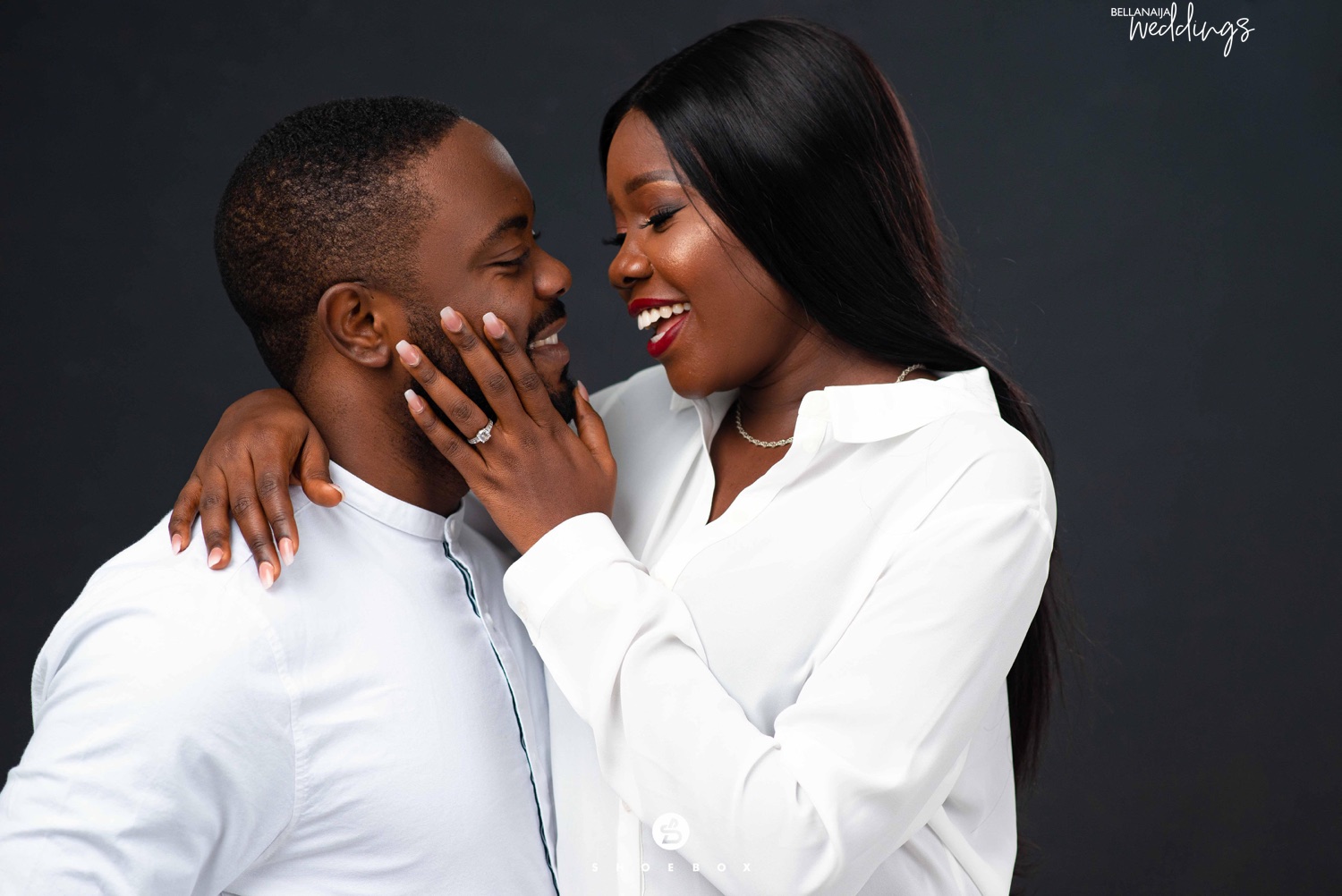 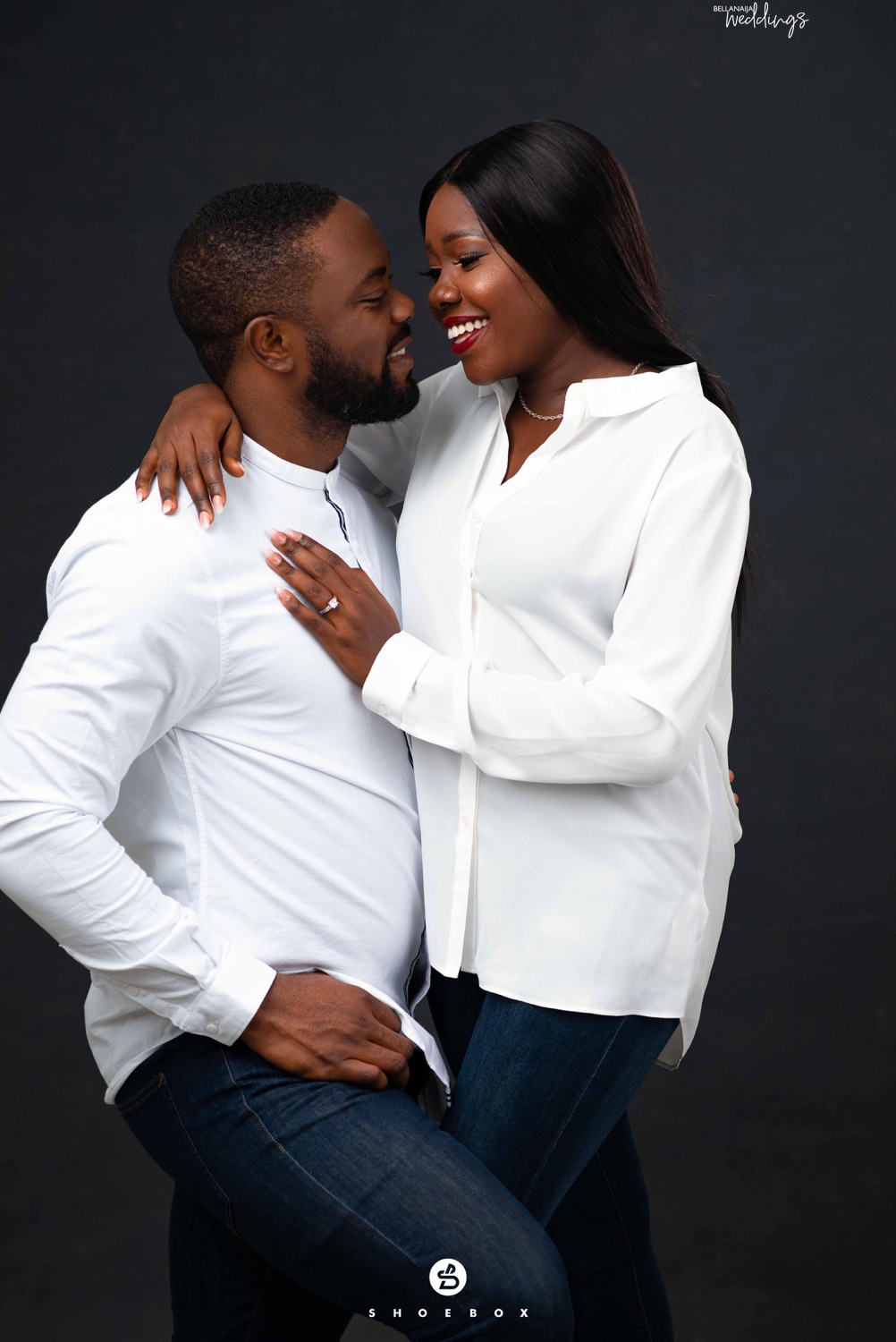 While praying he was saying something along the line of “Lord direct and lead us in our next step.” I was thinking “wow I am rubbing off on this guy positively ohEmoji”(since I’m the one that will randomly ask that we pray). After we finished praying Tolu started talking about how I was the best thing in his life and that it will be nice to take the next step. I was barely listening because I was trying to concentrate on the movie and food. From the corner of my eye, I saw that he was serious so I looked at him. Immediately he caught my eye, he went down on one knee and asked me to marry him. I remember thinking “Oh my God” with my mouth full emoji. I was ecstatic. Of course, I said YES!! The next day we had the most beautiful romantic dinner…… Cheers to becoming his Mrs. 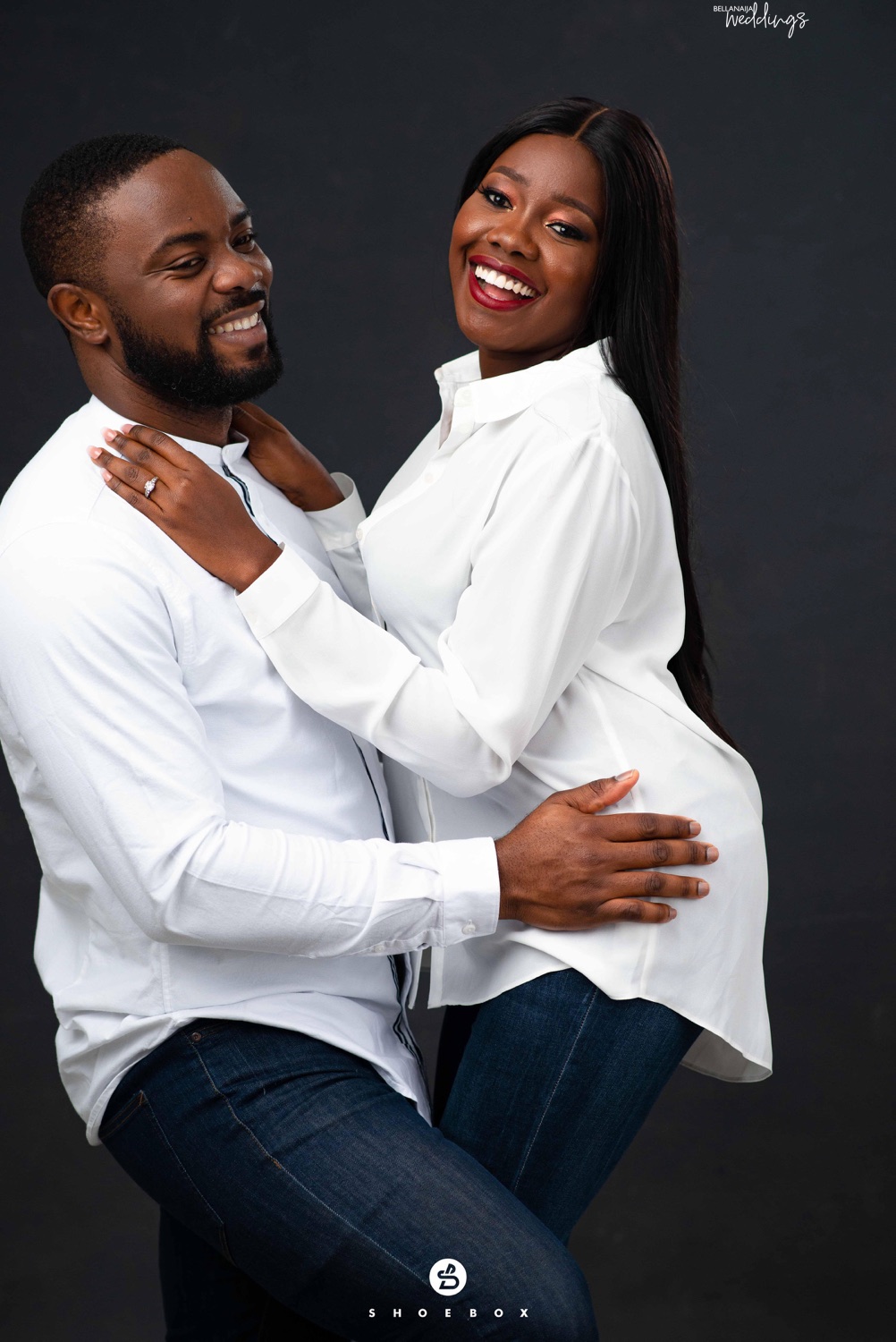 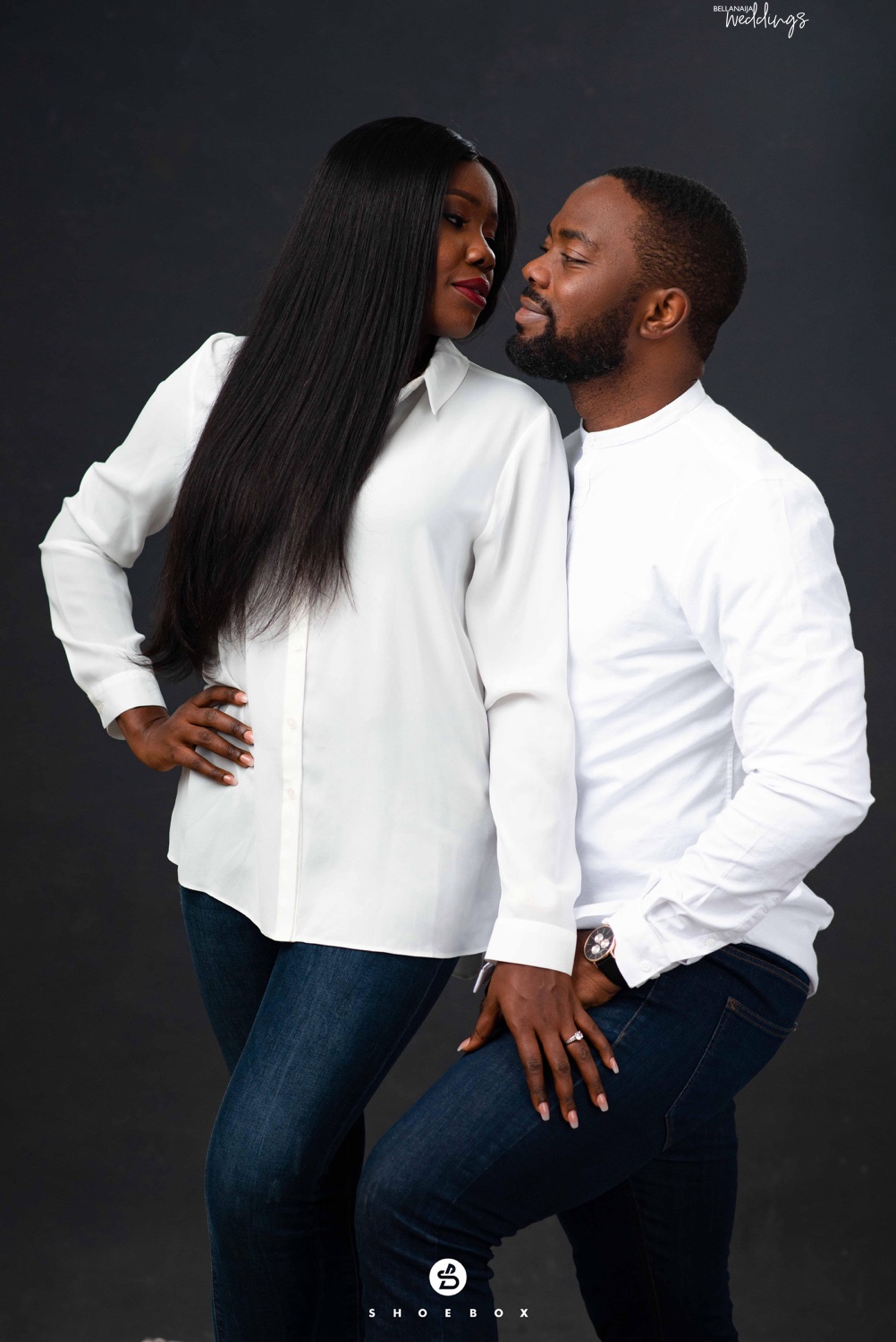 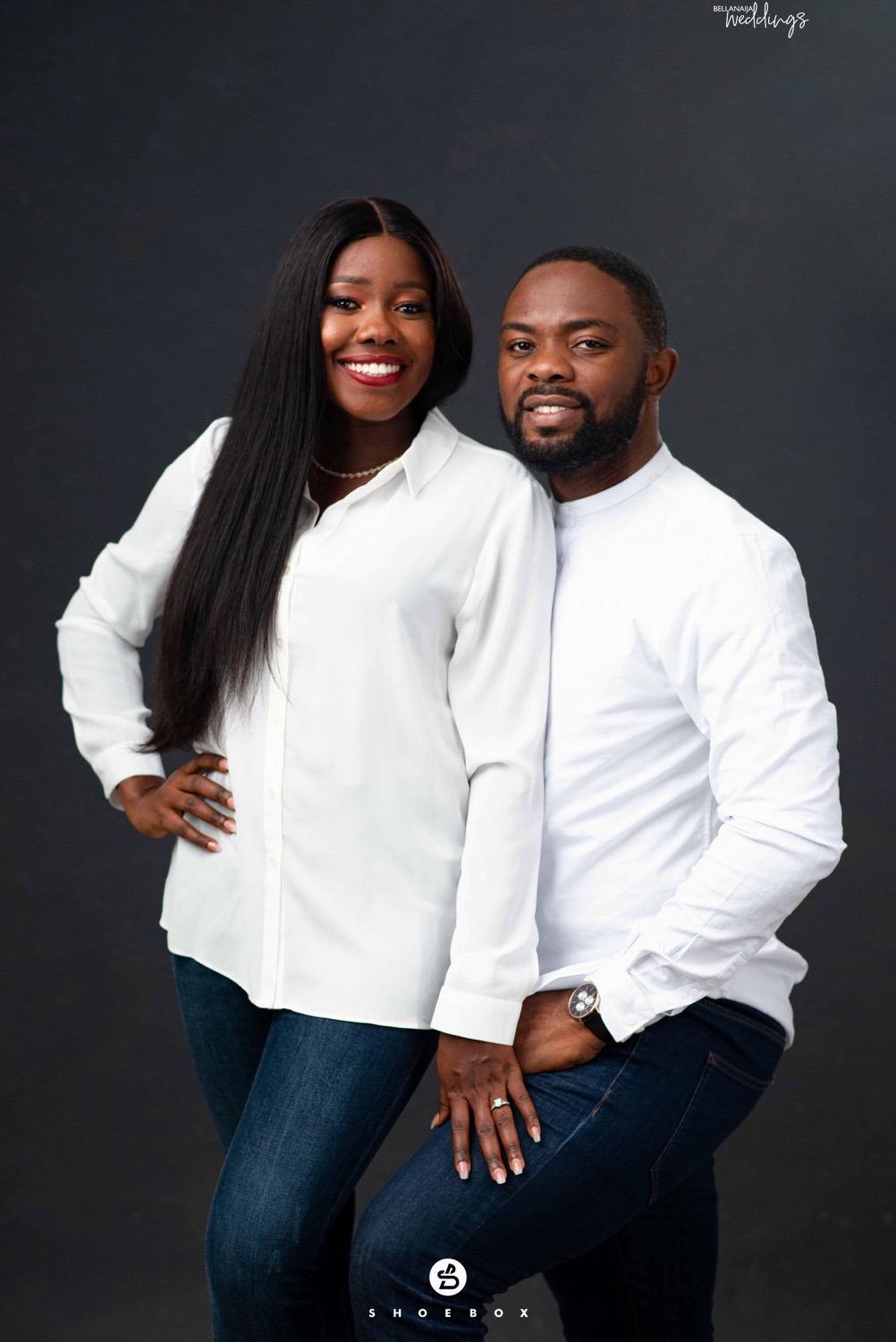 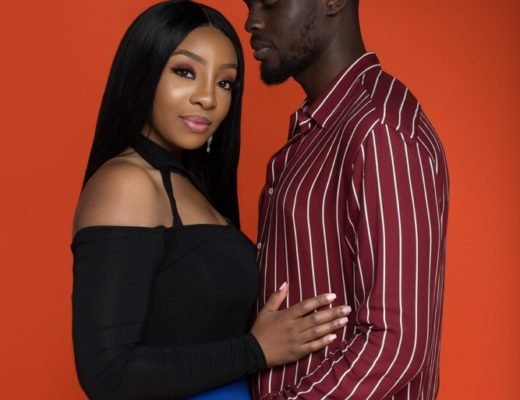 This Picture-Perfect Couple is Giving us the Feels and We’re Here for It! 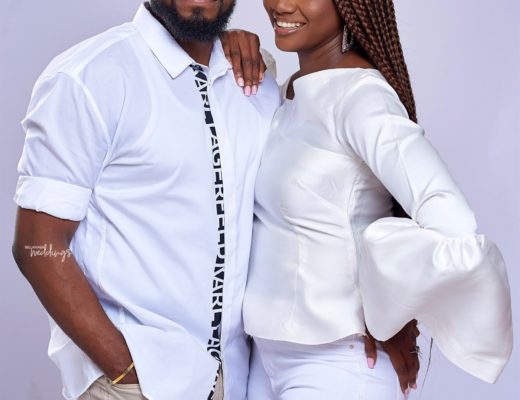 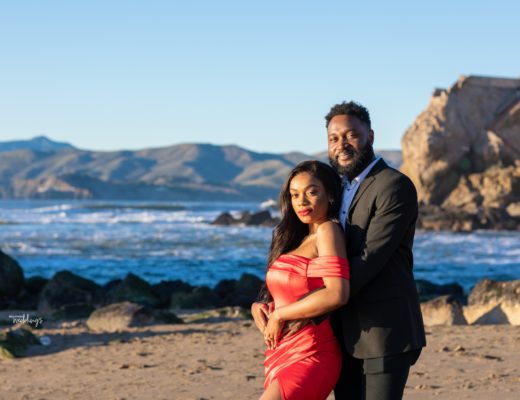