Eyimofe has Found the Absolute Love of her Life in Oluwafunbi 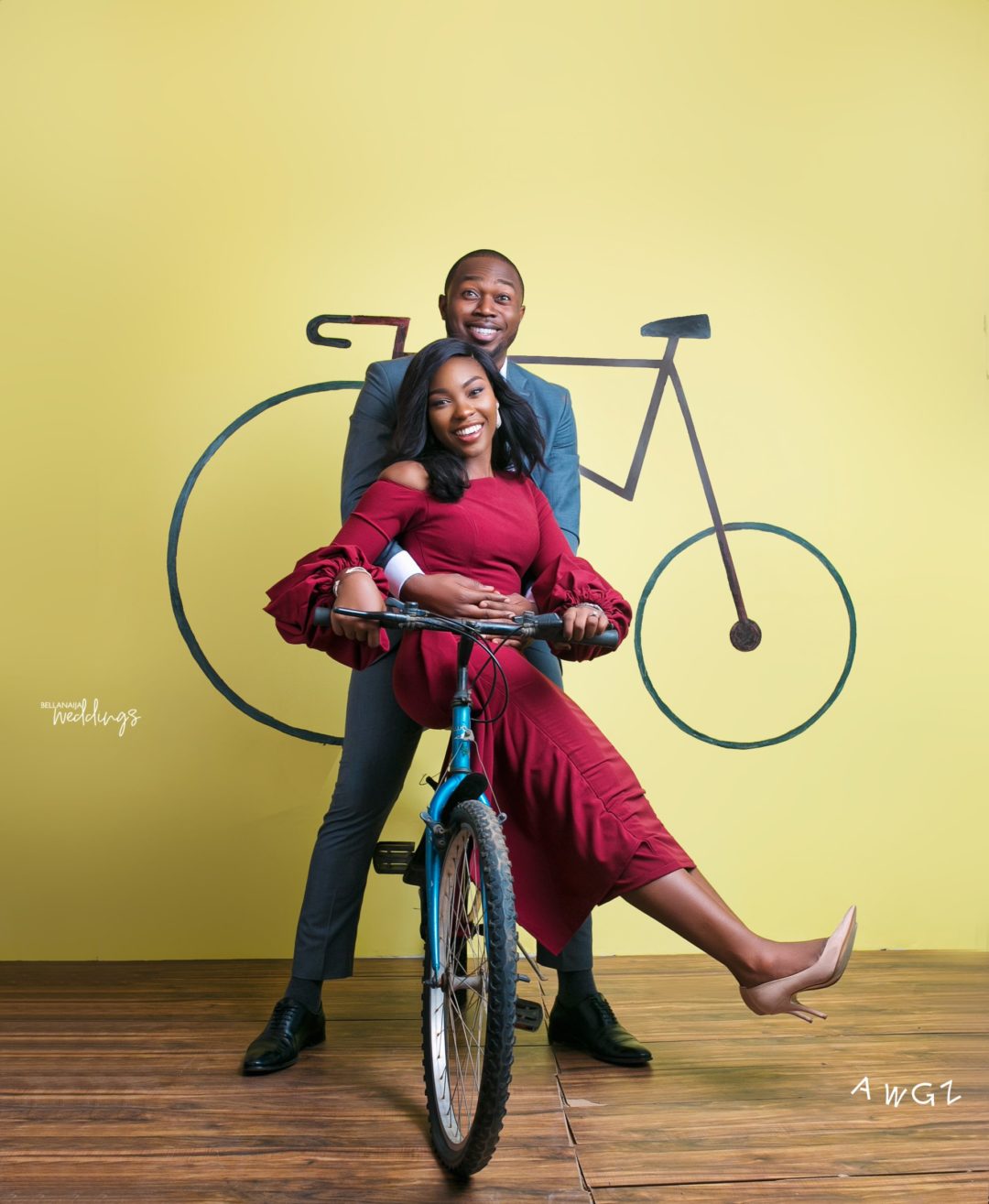 Wedding bells are ringing for Eyimofe and Oluwafunbi. The beautiful couple met in training school and their love story kicked off from there. Even right then, while staying as friends, they both knew the connection they had was way beyond that. And of course, they decided to focus on them and that led to this beautiful moment.

The bride, Eyimofe shared their love story plus how Oluwafunbi got on one knee. Read all about it below and also check here for more.

Initially, we would try to keep tabs on each other to ensure we were studying enough considering we had exams on the Saturday of each week. We, however, knew that the connection we shared was beyond ‘academic’ or simply being ‘just friends’. On my birthday that year (March 7th, 2016) which was in training school, I received a call from a dispatch rider who said I had a package to receive and sign for. On getting downstairs, it was a red velvet cake which is my favourite but the rider refused to tell me who the sender of the cake was. I had to threaten him that I wouldn’t collect the cake before he finally muttered ‘It is from Babatide’. Funbi’s names are Oluwafunbi Babatide but at the time, he assumed I only knew his first name which is Oluwafunbi. -Eyimofe shares 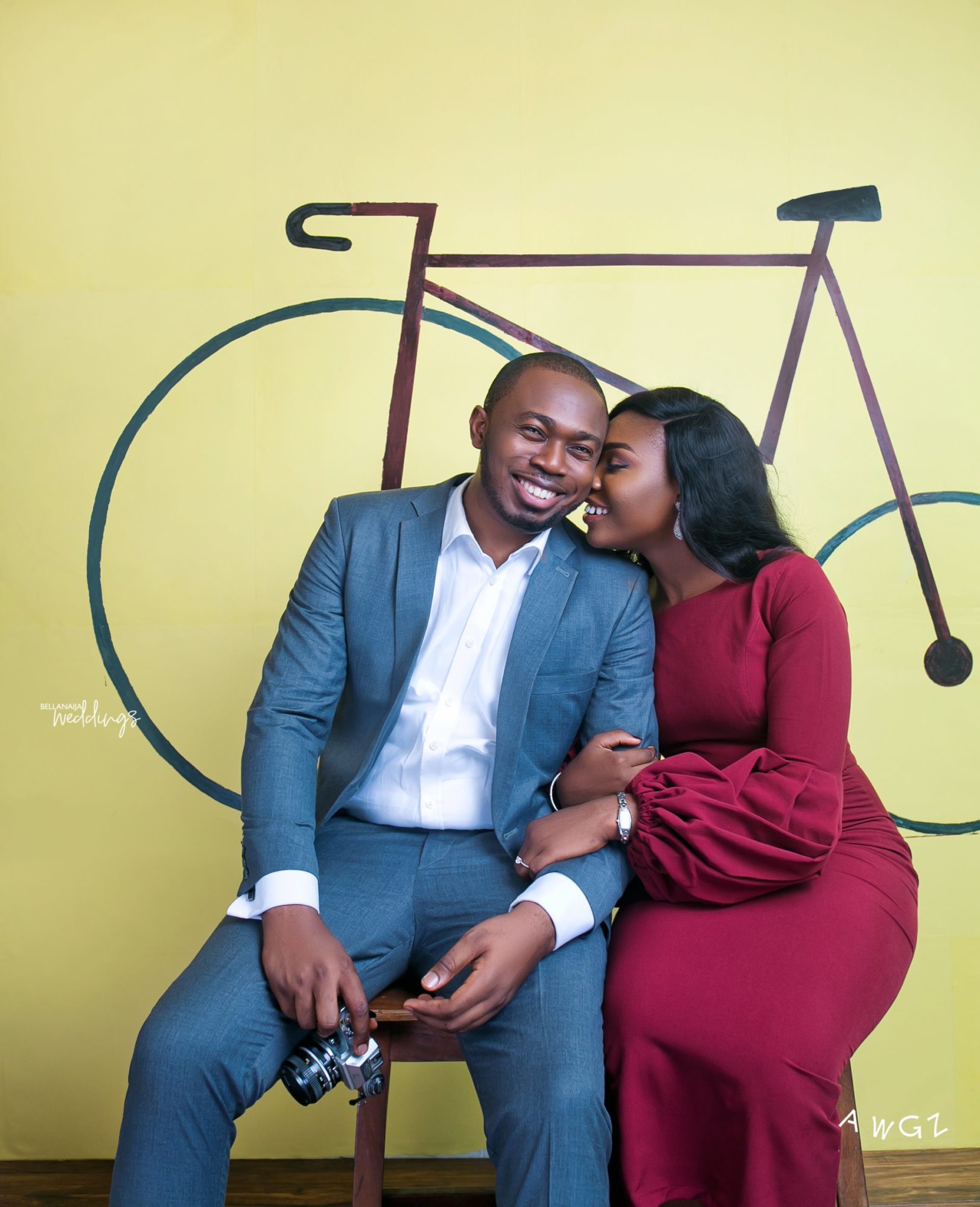 He had placed the cake order through his cousin ‘Sis Tope’. Unknowing to him, the same way he had paid attention to our random conversations and held on to the information about my favourite cake was the same way I also made sure to hold dear his other names in those random conversations.At the end of our Trainee Program, we were both deployed to locations within the same vicinity. While Oluwafunbi was deployed to the Head office, I was deployed to the annex which is about 2.9km from each other. He made sure to visit me after work every day which brought us closer to each other. Our friendship continued to grow and blossom, and we officially started dating on the 7th of September, 2016. In January 2018, my team was moved to the Head office which made us work in the same building with him. 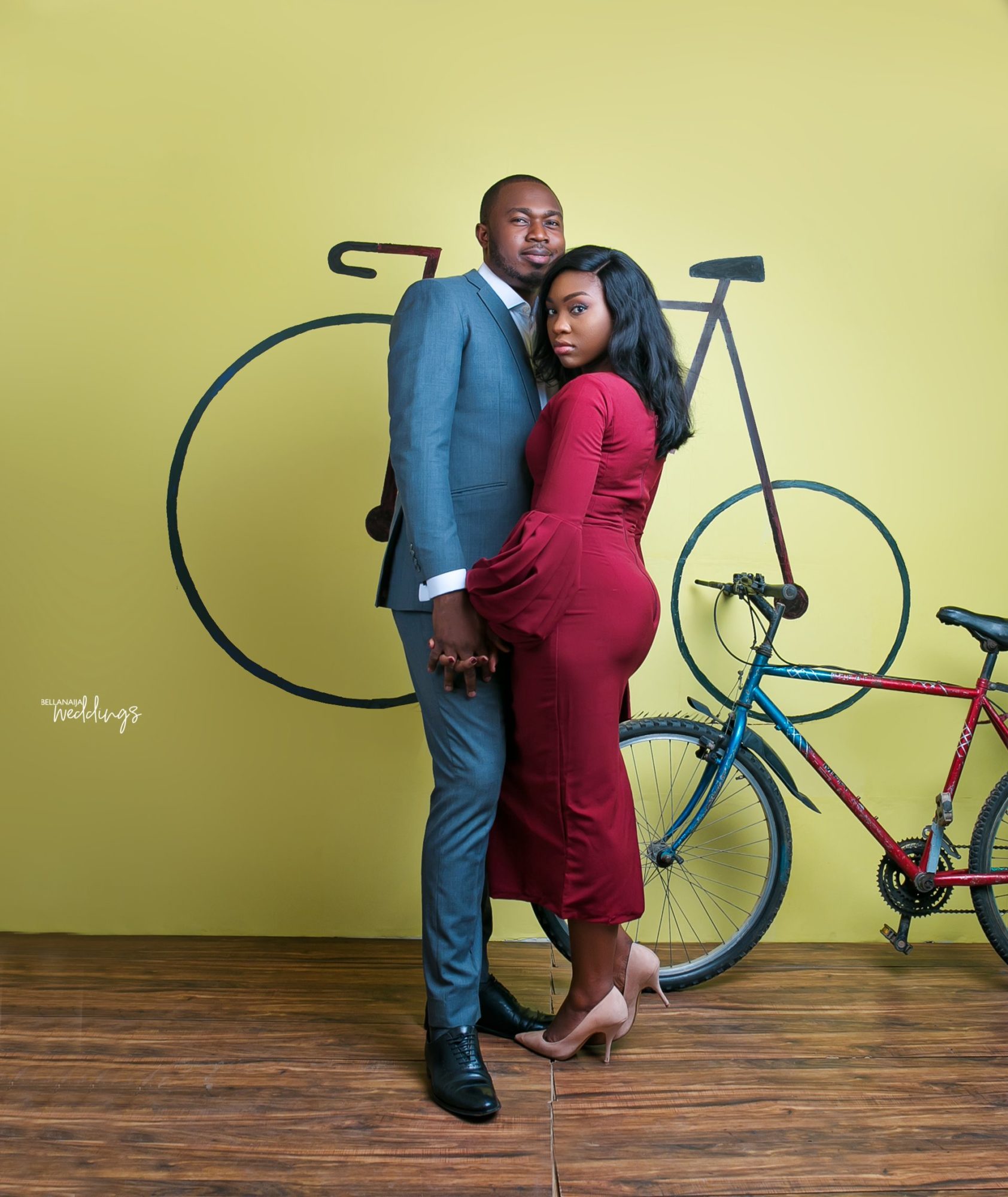 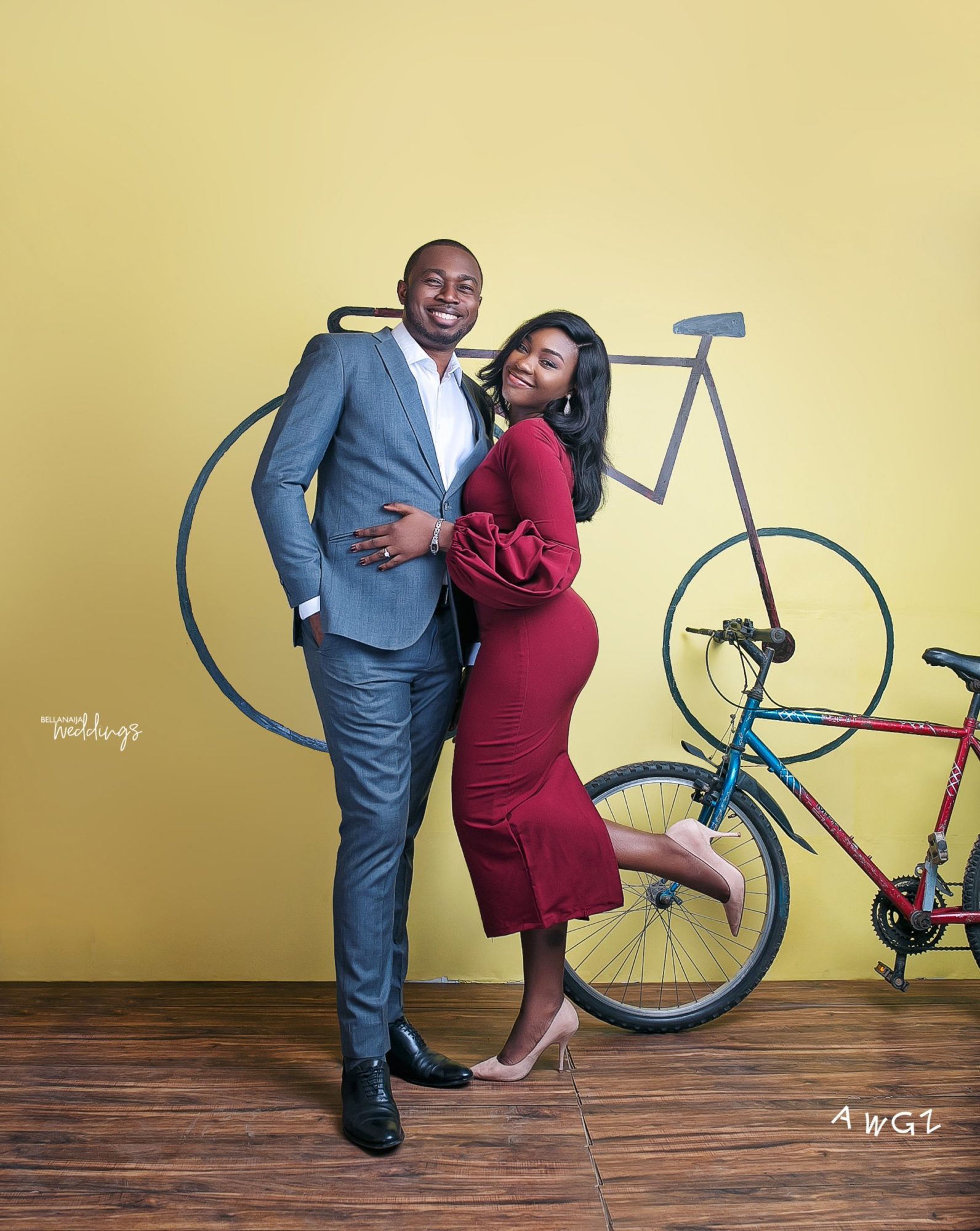 Honestly, this made our relationship easier and stronger as we would “unintentionally” bump into each other, sometimes have lunch together and eventually made it a routine to leave the office together after work. Funbi and I always say that asides all the knowledge acquired during our almost 6-months of training which eventually led to our jobs today, we got something bigger and everlasting. I would blatantly say that I found the absolute love of my life and husband in whom I am well-pleased which I would never trade for anything in the world (Lol, clichè I know) and the rest they say is history! 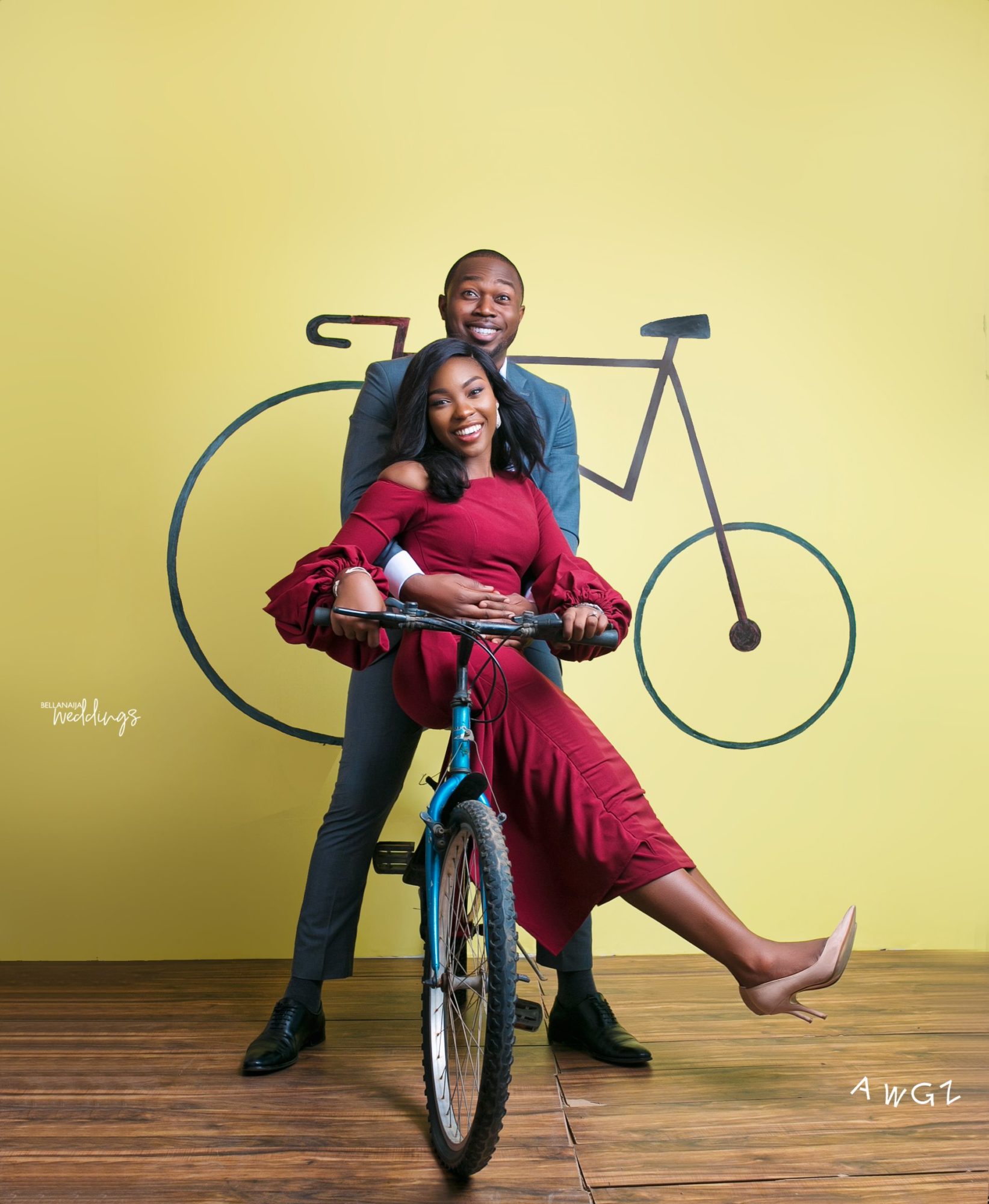 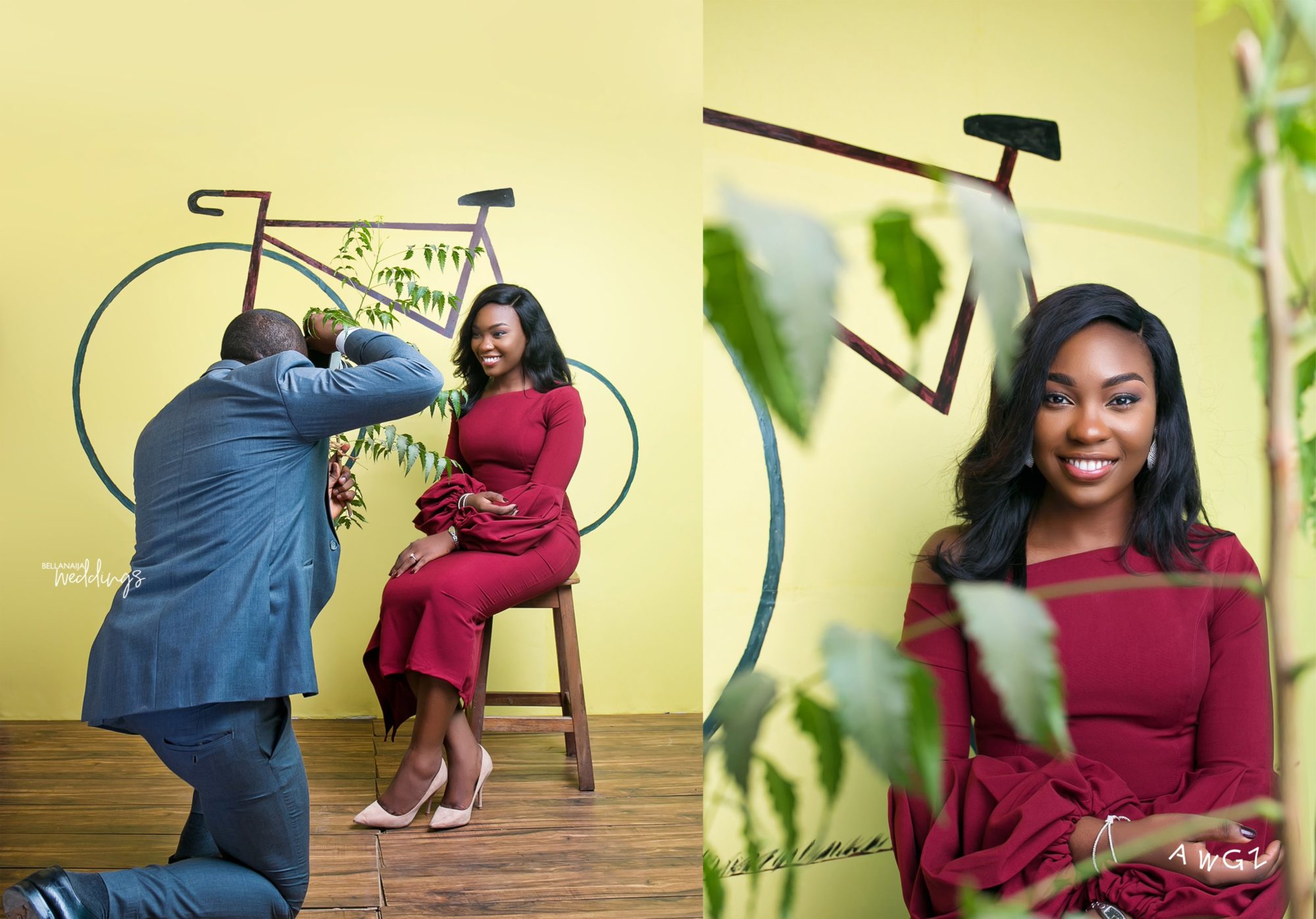 I would describe my engagement day as one of the most beautiful and well put together days of my life. It happened on the 23rd of September, 2018 at 411 Restaurant in Victoria Island, Lagos State. On Saturday, September 22nd, 2018, my mum and I were discussing our plans for the next day being Sunday and I mentioned to her that I was going to the Cinemas to see a movie ‘Crazy Rich Asians’ with Funbi after church service. What this meant was that although we would ride to church together in the same car, I wouldn’t go back home with her since Funbi’ would drop me at home after our movie. Surprisingly, my mum didn’t object which was unusual because we always spend Sundays together and we have somehow tagged Sundays as our Mother-Daughter day. 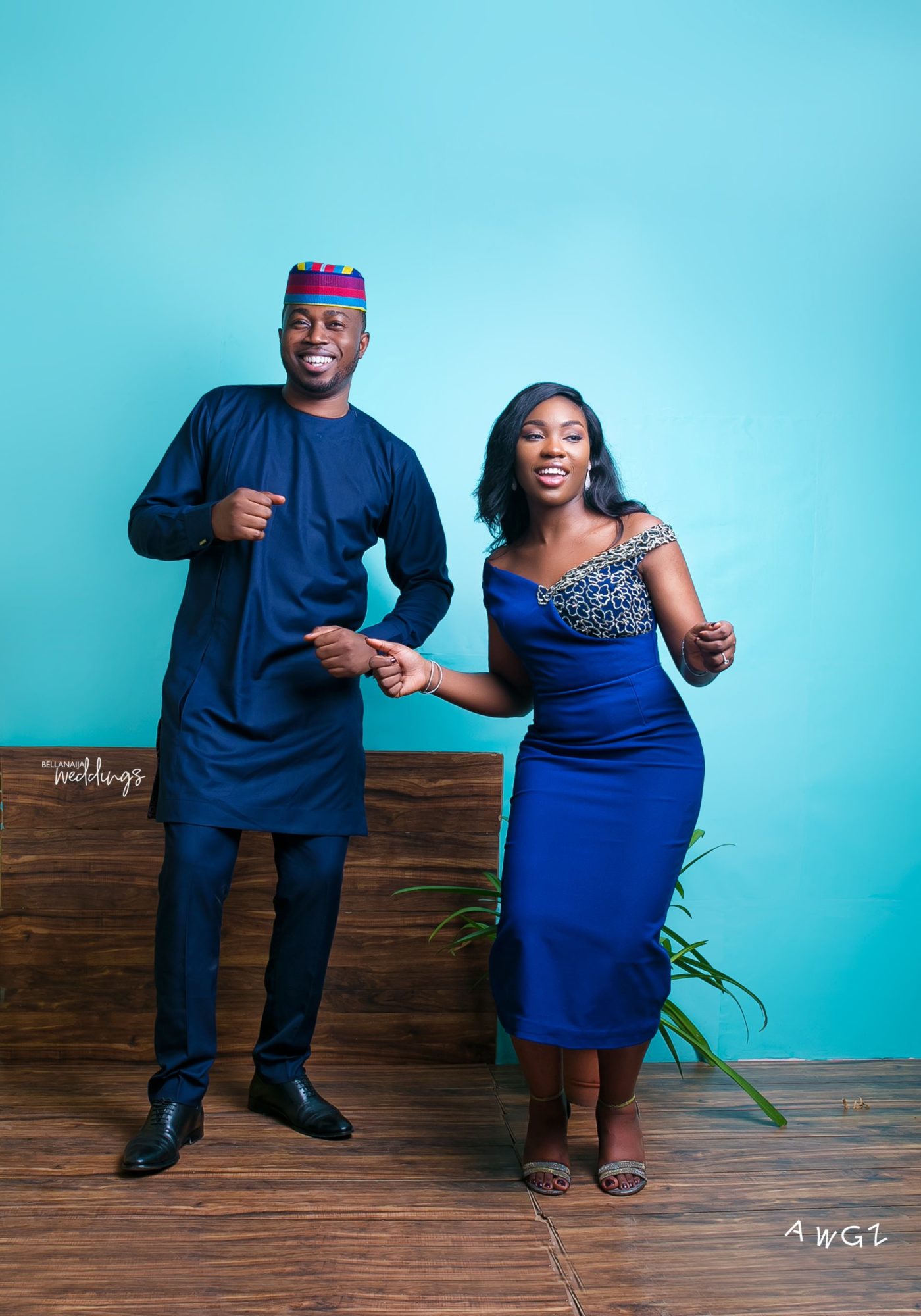 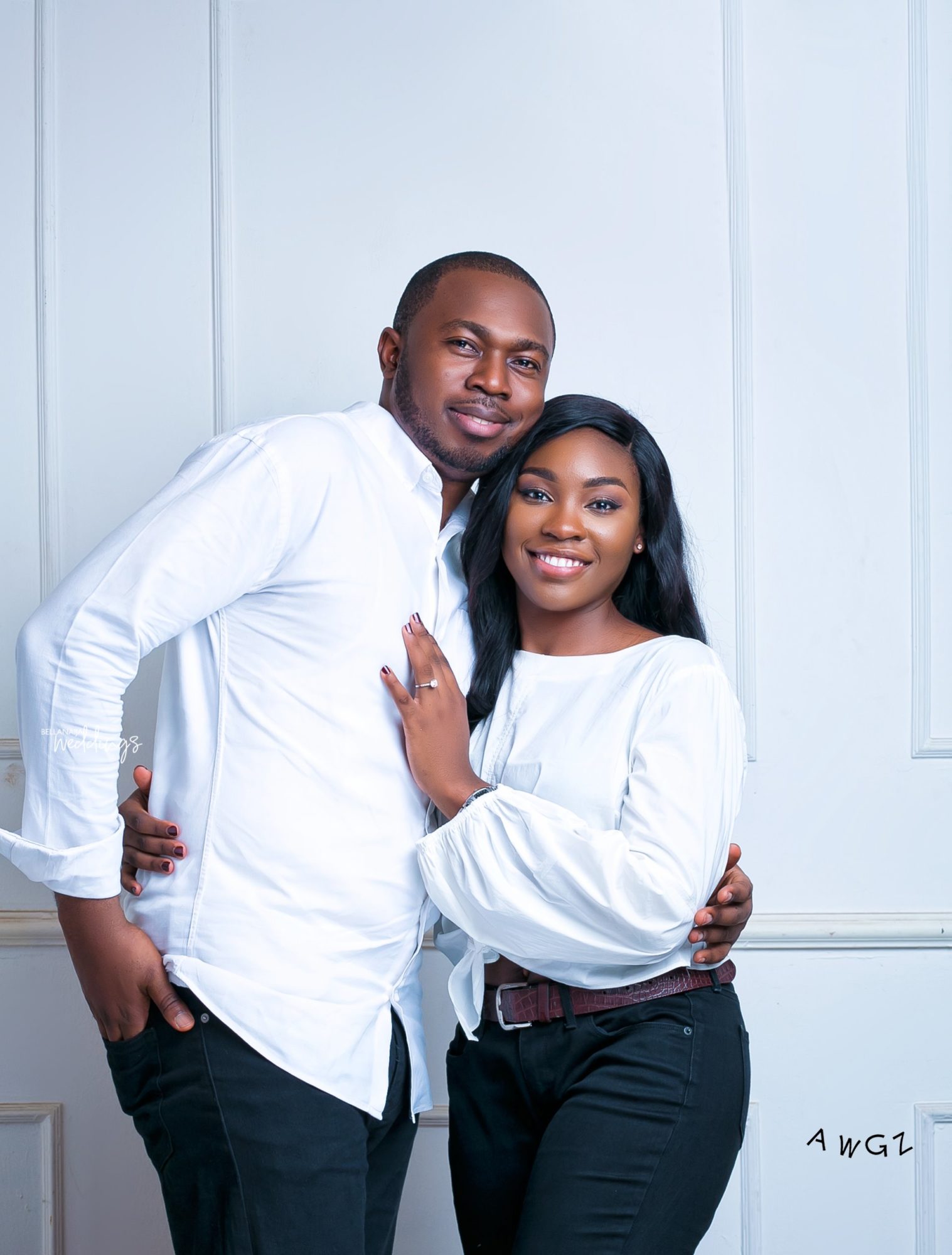 On Sunday, we went to church, as usual, I served as an usher and got ready to leave after the service was over. Oluwafunbi came to pick me from church around 1:30 pm and suggested we had lunch first before our movie. When he mentioned that we would have lunch at the 411 restaurant, I was a bit caught aback as to why we were going to eat at a fancy restaurant instead of our regular more affordable food spots such as ‘The Place’, ‘Black Bell’. I jokingly said to him that if I didn’t feel well-fed, we’d still have to go to the usual food spots we were more familiar with. We got to the restaurant and the compound was empty, it appeared like we were the first customers to arrive at the restaurant. I approached the door and was unsure as to whether we should sit in the restaurant itself or go to their outdoor rooftop sitting area but Funbi who had orchestrated the proposal nudged me to go into the restaurant instead. He opened the door and I saw Funpe (Funbi’s brother) with his camera and tripod and I was about to turn to Funbi to say Funpe has a shoot here before a saxophonist in the corner started to play “All my life” by KC & Jojo with red balloons and petals spread across the floor. 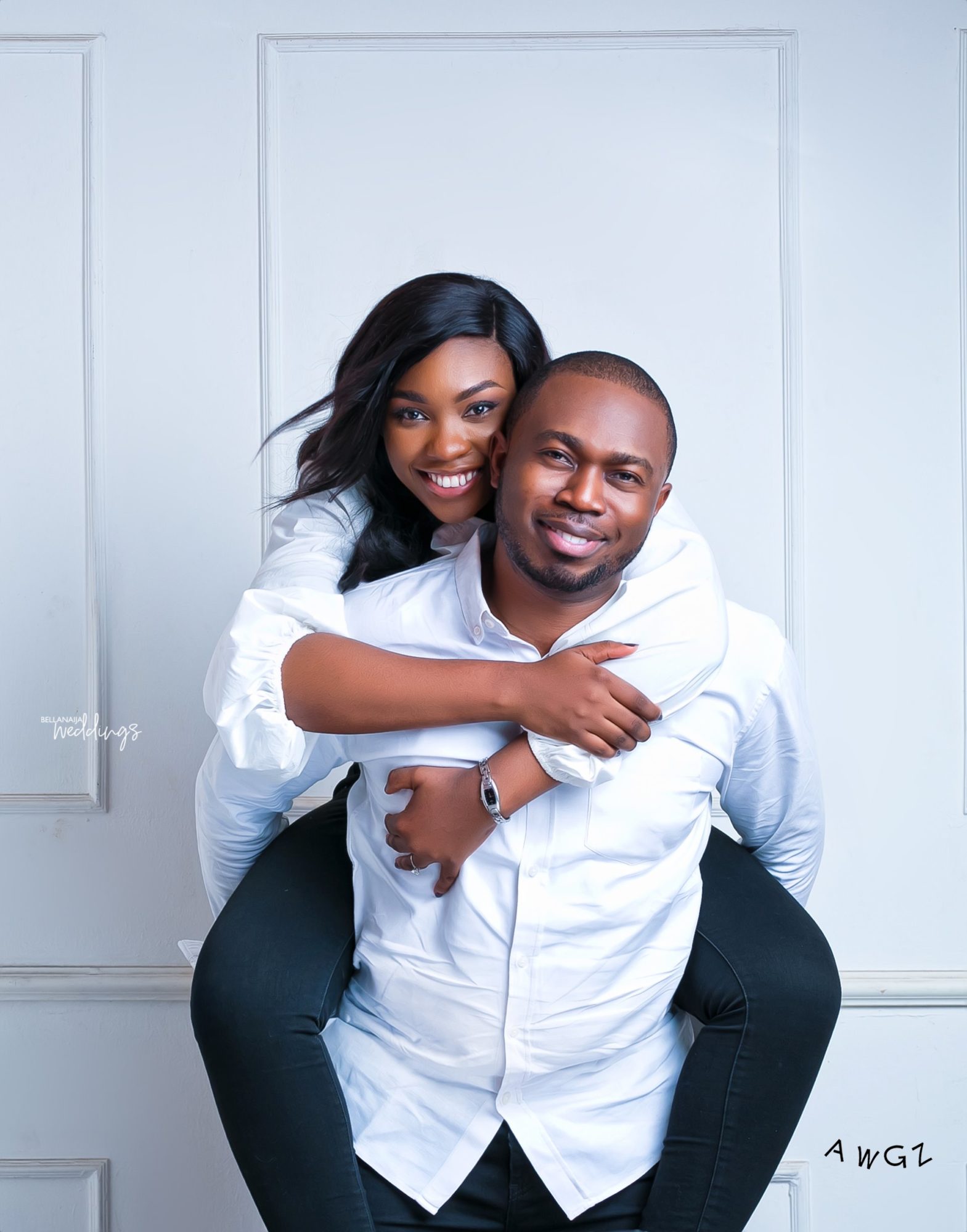 Initially, I couldn’t move, it felt like my legs were glued to the ground. Funbi was somehow able to move me to the side so he could come from behind me to the front considering I had stayed glued to the entrance. There he was, looking dapper in his blue crisp native attire, he got down on one knee and for a moment couldn’t muster anything. I was struggling not to let the tears drop from my eyes considering I’m a ‘bad guy’, as well as the pictures our family and friends had started taking. Funbi was lowkey also getting teary just before he asked me the big question “Eyitimofe (which he fondly calls me), will you marry me? I nodded my head in affirmation and the most beautiful ring was slipped through my finger. We hugged each other and greeted our family and friends who were in attendance. 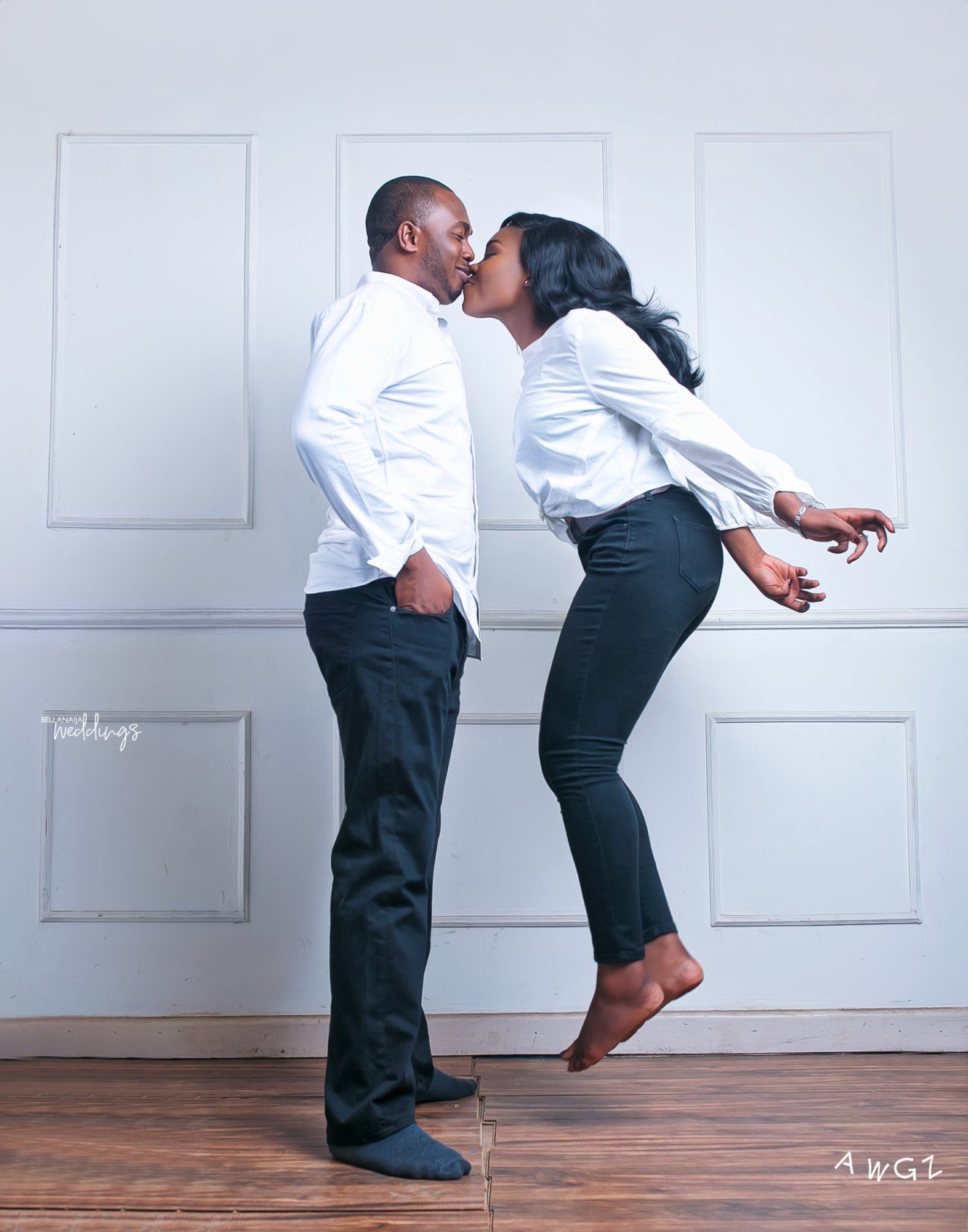 Funbi had organized the most beautiful proposal with the right set of people in attendance. I was still surprised after it had happened and till this day, I can’t believe he pulled that off without me having the slightest inclination. Of course, there was no movie after the proposal, we all just sat and had lunch, laughing, taking pictures and generally jollying together. Only after the engagement did I get to know that Oluwafunbi had met with my parents as well as spoken to my brother without my knowing to seek their consent to proceed with his plans to propose to me and eventually becoming my husband. This then explained why my mum didn’t mind giving up our seemingly Mother-Daughter day. 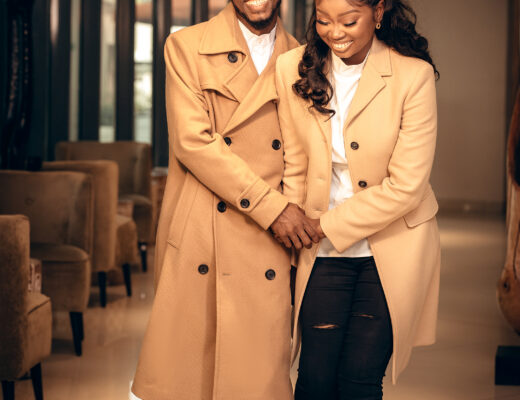 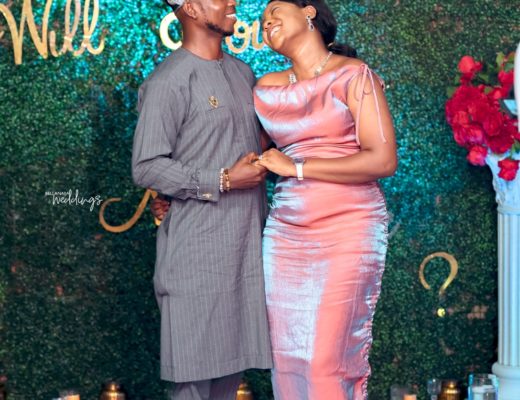 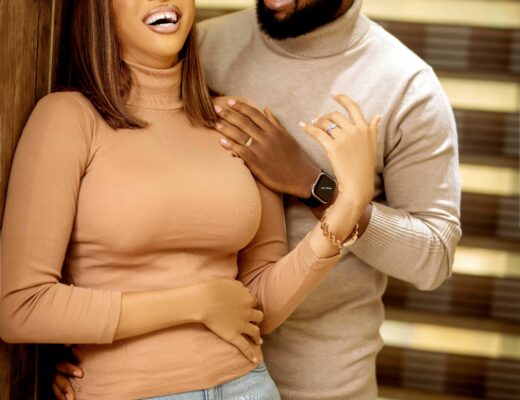