22 Years of Marriage, 13 Years of Waiting – Here’s How The Owolabis Have Sailed Their Ever After Editor’s Note: There’s almost nothing as beautiful as the love that has stood the test of time. That is why, in collaboration with BellaNaija Features, BellaNaija Weddings is bringing you beautiful stories of couples whose love has not waned through the years with The Ever After Series. For the first episode of the series, we spoke to Mr. and Mrs. Akinseye and they shared so much with us on their ever-after journey, if you missed it, you should totally catch up.

Today, Mr. and Mrs. Owolabi, who have been married for 22 years, are sharing their insights on love, marriage, and the forever journey. Let’s take you on a dive into their Ever After story. Ride with us!

Many many years ago, Dr. Owolabi, who was serving his fatherland in the compulsory NYSC program at Ilorin, was sent by his friend to pick up something from his dad. On getting to the house, he saw Mrs. Owolabi – his friend’s younger sister – and immediately, he knew he was picking more than just the item. At that time, she was 20 years of age, and in 100 level at the university. At first, the brother opposed the relationship, but with time, love won and he caved in. 22 years in marriage and, like fine wine, their union keeps getting better. 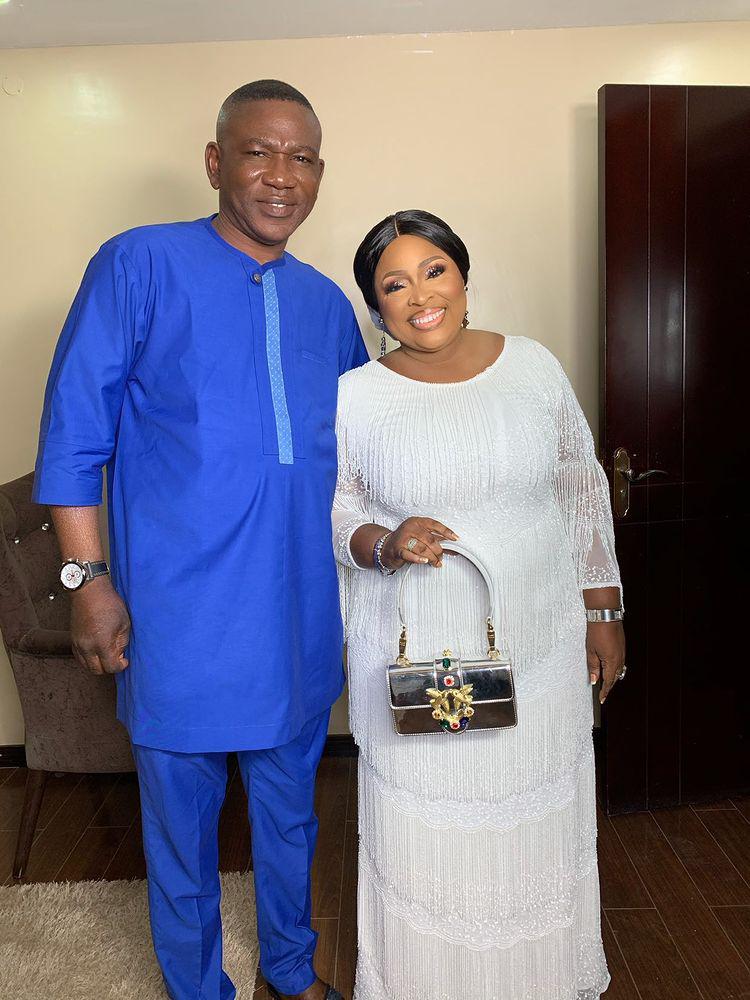 Marriage is a journey filled with thorns and in the first years of marriage, these thorns are sharper, they stab harder, and hurt deeper. Many couples cannot endure the ‘pain’ that accompanies individual differences and they let go of each other’s hands. This pain could be little things that one can find annoying – like your spouse eating three pieces of meat and giving you one.

It will make things easier, you don’t just see him as your husband, your relationship will be one of intimate friendship.

In the first 3 months of marriage, I was taking two pieces of meat and giving my husband one. Later, he called me and said we should be taking one each, I said no, I’ll prefer to take two. Later he joined, and we both started taking two pieces.

Mr. Owolabi had to correct that immediately.

I was coming from a not-too-robust background. I lost my parents early in life. So I’ve been an independent person, fighting for myself, but she had her mum and dad to support her. When she serves food, she will serve herself three pieces of meat (not two) and I would request for one. My concept of that strategy was for us to manage, and I didn’t want to change her own concept of “let me live my life, this is how I’ve been eating it.” But when it persisted, I had to change it, if you give yourself three, I have to take three too. If we finish it, let us finish it. 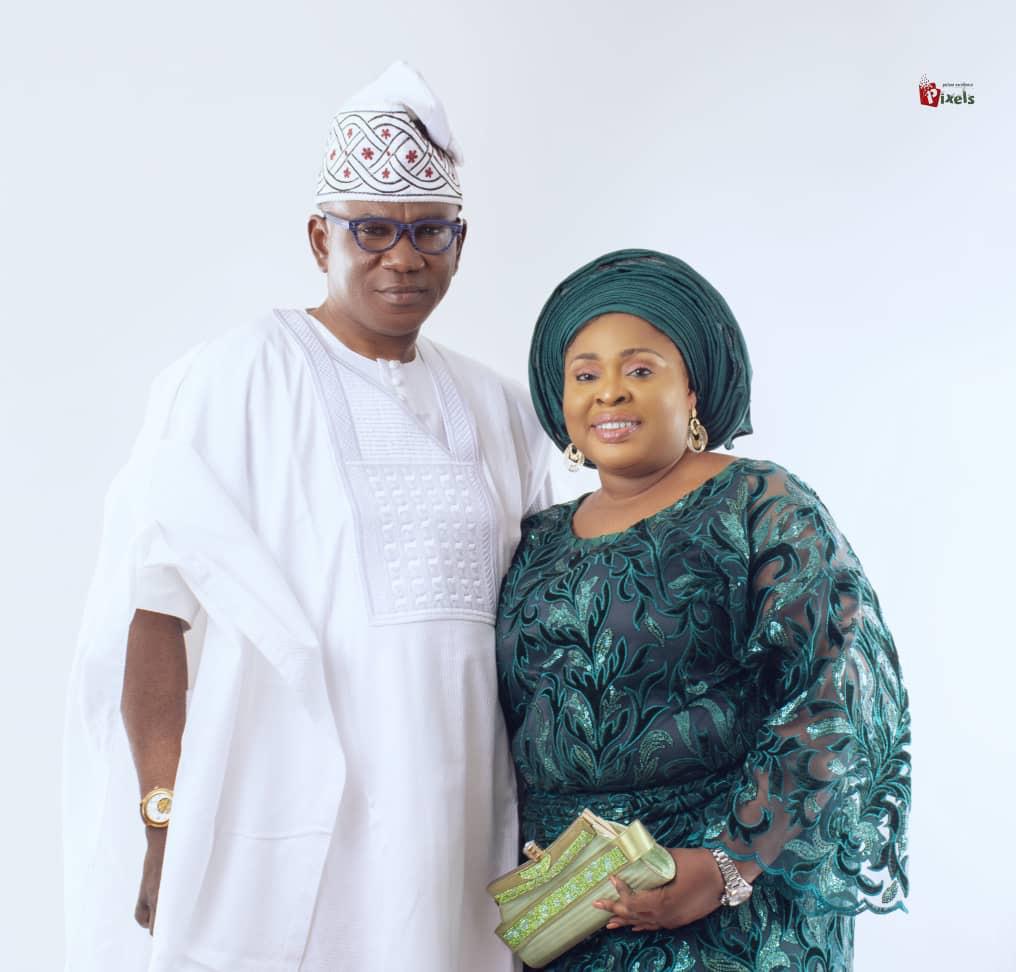 Every moment of the marriage is important, starting from the first year. You cannot have the whole understanding of your partner; everyday is a revelation. The kind of solution that worked two years ago may not work now because things are changing. So every moment is important. Every moment counts. Study each other, understand where each other is coming from, and try to strike a balance.

Pain in marriages goes beyond taking more pieces of meat or fighting over what TV station to watch, some problems are almost insurmountable, some pain cut deep into your marrow, and couples are tested in a lot of ways. For Dr. and Mrs. Owolabi who had children after 13 years of marriage, it was waiting for “the fruit of the womb.”

We had issues from family members. These are genuine issues if you look at it, because they are really interested in you. After marriage, they want you to multiply. And after a year or two, nothing is coming up, they want to query, you know. But we thank God we were able to weather the storm. 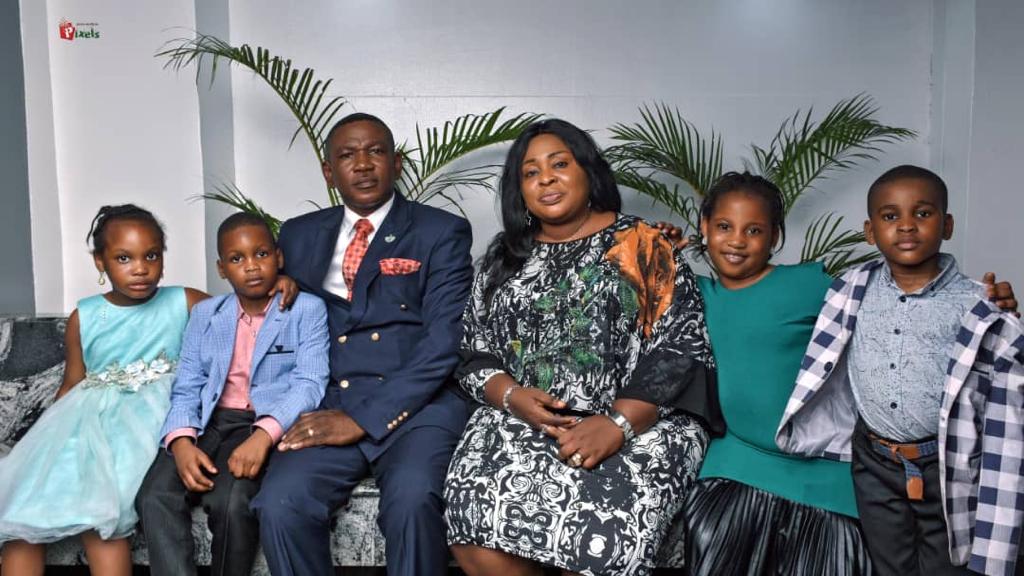 Beyond love, there’s a secret ingredient to the couple’s lasting marriage, and it is one word: intimacy. “We are friends and we pray together. We spend our money together. We are very close,” Mrs. Owolabi says.

The intimacy was quite profound and great, Dr Owolabi says. Apart from when we go to our various places of work, we do things together. That intimacy is what helped us while we were waiting. At some point, my family realised that we are inseparable and they just had to leave us and continue to pray for us.

I tell my wife that I’m a gardener in this garden of Eden, and part of my responsibilities is to tend and nurture her.

There are many other secret ingredients: communication; timely apologies and regular outings.

Communication is very important; we talk a lot. Even when we’re not together, we do video calls. We talk a lot and on weekends, we go out without the children. Aside from talking, we do so many other things together.

When we quarrel, we settle within 30 minutes or 1 hour. We have a rule that when you offend, you have to say sorry first, then we can now later discuss what caused it. But sorry must come first.

Sorry is a magic word, but situations can make it unmusical if care is not taken. Dr. Owolabi agrees.

It needs to be said at the appropriate time. Sometimes, when you say sorry at the wrong time, it may not work. That’s why it is also good to inculcate that into the minds of the children. Sorry, to my children, is just like drinking water. It’s so easy for them. 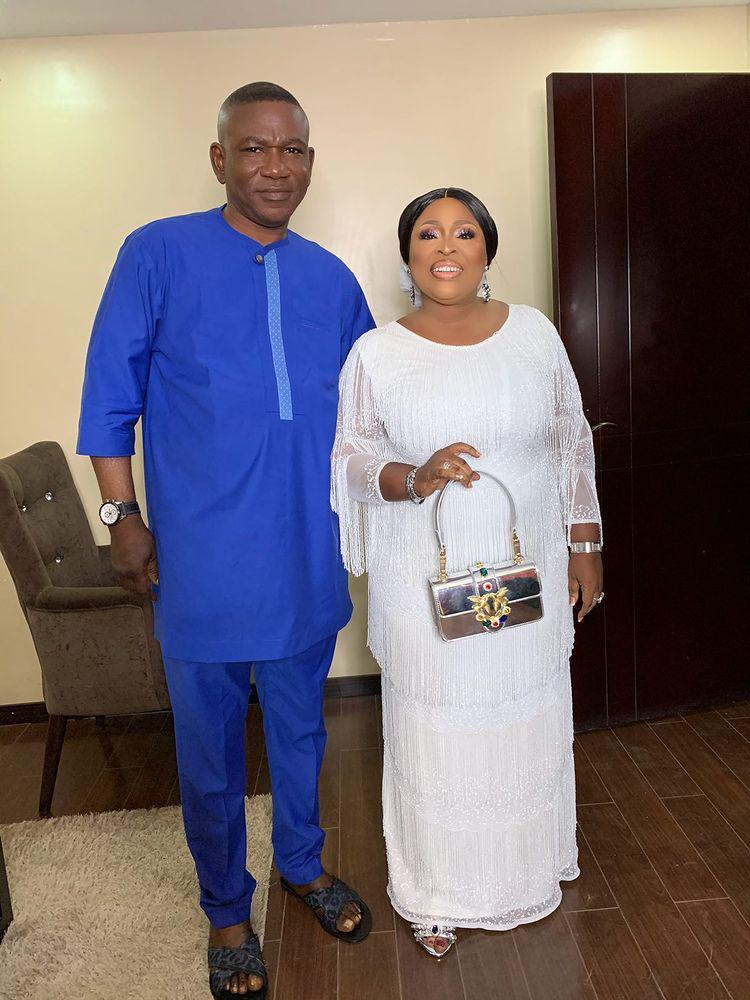 Finances are a deal-breaker in marriage. Some people hide their money from their spouses and do not disclose how much they really have. But for a marriage to work, Dr. Owolabi says, transparency is key.

We don’t believe that this is your money or this is my money. If something is not coming from my end, she knows, so she doesn’t put pressure on me. It’s the same with me. I don’t hide my phone, she doesn’t hide hers. There are some projects that we have that the messages and emails of the transactions come to me and the phone alert goes to her. So there’s nothing to hide. We have all those checks in place.

The husband and the wife should agree on their finances. Whatever you think within the peculiarities of your situation, whatever strategy is working is what you should go ahead with.

Whatever strategy Dr. and Mrs. Owolabi are using in their marriage, it is clearly working, and for them, “happily married” is not just a weightless cliche. Still, there were times they hit heavy bumps and thought their marriage wouldn’t make it. “No matter how strong you think you are, there are some situations that will want to bend you, especially when you’ve been waiting for such a long time,” Dr. Owolabi says.

We nearly gave up while waiting – during the 13 years, Mrs Owolabi says. That’s why it’s good to have a good mentor, someone who can tutor you and talk to you. You can tell them what you’re passing through and they can give you good counsel, advice and pray with you.

When our marriage clocked 10, we decided we have to continue to serve God. We got a revelation that in the service, God can do whatever He wants to do. So we poured ourselves into God’s service, He decided to do it, and He did it in a way we never imagined. 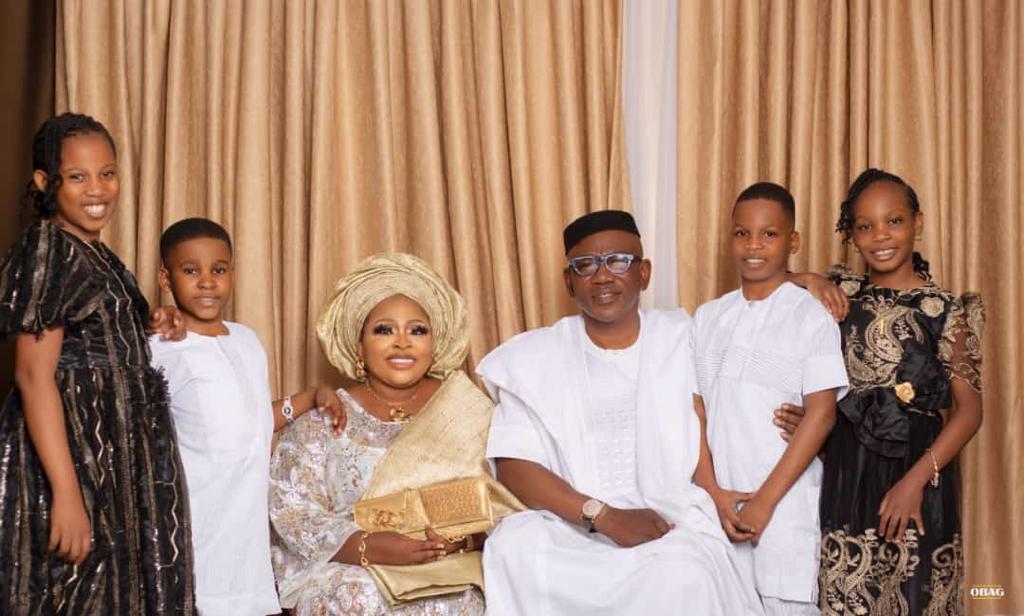 Dr. Owolabi believes that marriage is an institution ordained by God, and the participants in this institution ought to recognize God. He has a perfect relationship with God now, but he wishes he had been more serious with the things of God from the onset.

When we started, I was not really strong in the Lord, looking back I feel if I had started stronger then, things would have been different. Sometimes, I look back and feel I should have been more serious with the things of God. But we still thank  God.

Walking with God has worked for them, and now, they are urging every couple to tow the same lane.

Involve God in everything and have a good role model, people who would give them godly counsel. When you hold on to God, he’s the only one that can still storm in marriages.

Having navigated through the thorns, specks, and beautiful moments of marriage, Mr. and Mrs. Owolabi are now in the best position to give relationship advice to young couples.

Participants in marriage should be truthful to themselves. Face the realities on the ground and work things out. There are issues couples need to sit down and talk about, but in many cases, they sweep it under the carpet and hope things will get better. Things will not get better if you don’t confront your fears. Confront your fears and talk about it, in doing so, there could be solutions. See godly counsel, don’t seek help from people who will destroy your marriage. 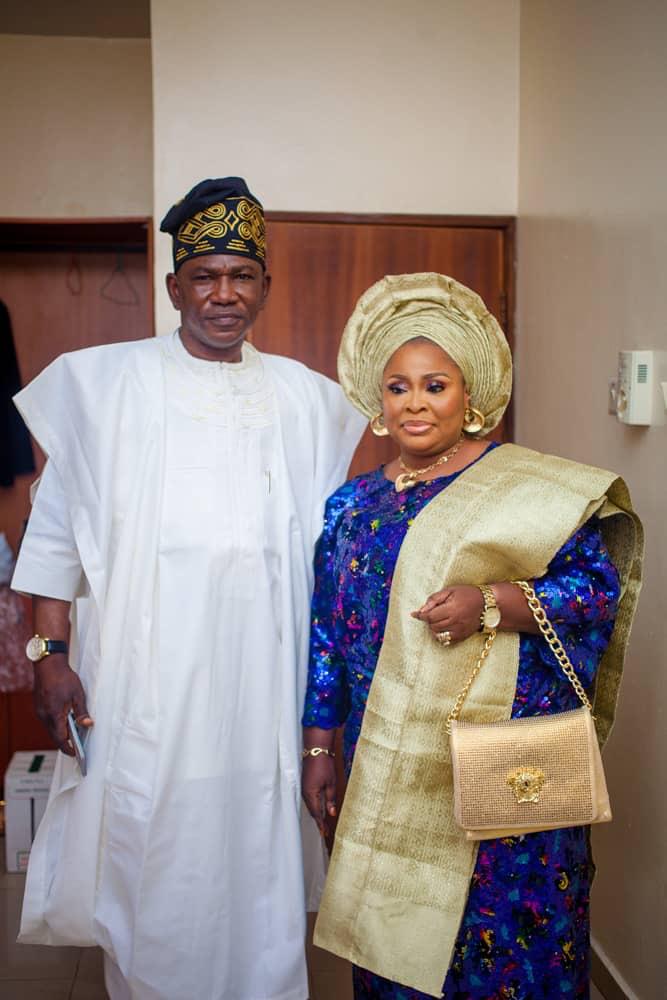 Are you planning to get married? You’re in luck! Mrs. Owolabi is encouraging you to pray before getting married and marry someone with whom you have a strong friendship.

The most important thing is to marry your friend because there will be storms and if you marry your friend, you will be able to weather the storm together. Pray very well before you go into it.

But Mr. Owolabi says that although prayer is the master key, you also have to shine ya eyes.

In praying, open your eyes wide. It’s better to have a broken courtship than a failed marriage. Many youths rush into marriage without the recognition of what it takes to be there. As a lady, what kind of a man are you going out with, is he a hunter, a scavenger or a gardener? If you fall into the hands of a hunter, you’re done for, if you fall into the hands of a scavenger, you are done for. But if you marry a gardener, he will nurture you. You must have an understanding of the person you’re getting married to.

Hol’ up, hol’ up, who are hunters, scavengers, and gardeners?

A hunter looks for a successful woman to prey on, use her, destroy her career and dump her. A scavenger is like a hyena, he looks for weak women – like a lady in the office who has not met her target – seizes the moment, uses her, and dumps her after. The gardener nurtures a woman’s dream. If she has no dream, he’ll create an atmosphere where she could get a good dream and achieve it. We also have women who are hunters, scavengers and gardeners, and that’s why it’s good to be prayerful and watchful.

Phew. Relationship nuggets, coming from those that have been long in the game, are the best. Marriage is there for us all to enjoy and we are so glad Dr. and Mrs Owolabi have found a home in each other’s arms.

Did you enjoy this episode as much as we did? We bet your answer is a solid yes. Be sure to check back next Thursday for the next episode! If you missed our last episode with Mr. and Mrs. Akinseye, you can read it here. 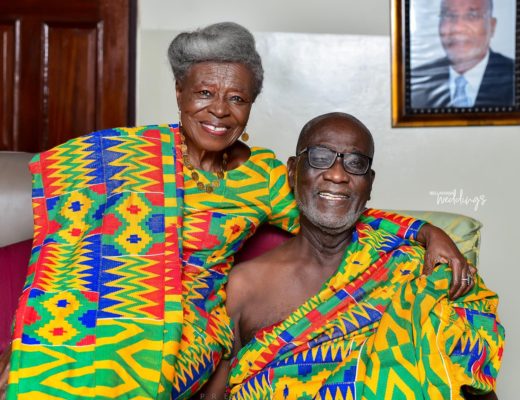 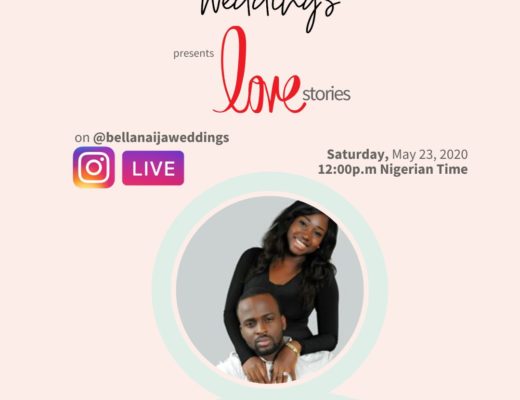 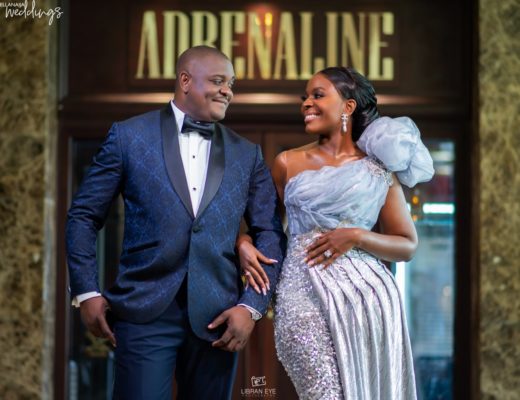 It Started with a Wedding Invitation, 10 Years After & 3 Kids, Chinasa & Uzoma Renewed their Vows