#DALOVESTORY Started with a Holiday Romance in London 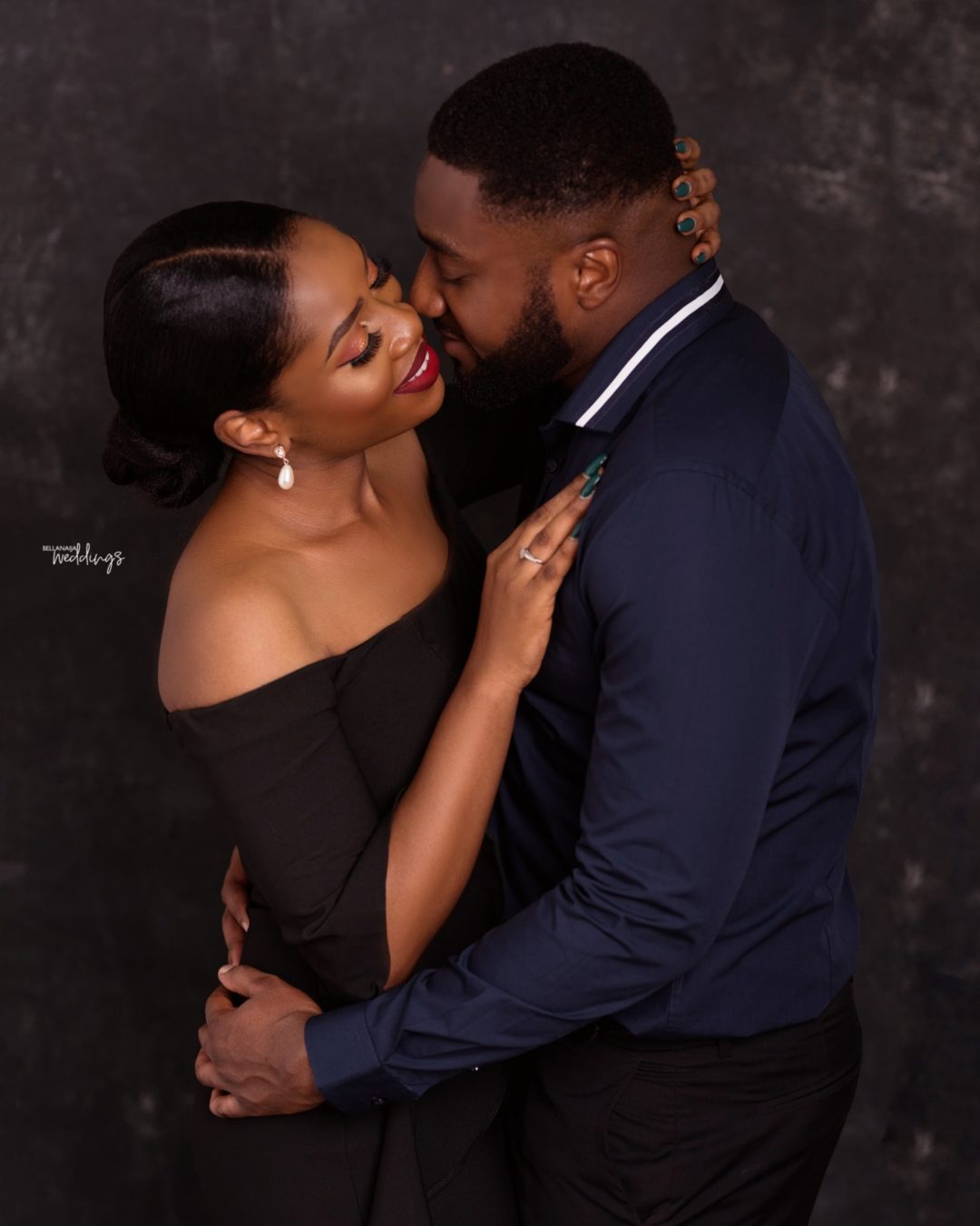 Guys, you never would have guessed how this beautiful couple met.

Ada and Dennis met through her aunty who would not stop talking about this handsome gentleman she had met and wanted her niece to meet. Cheers to all the sweet aunties looking out for their nieces, lol. But hey, their love story is so sweet, we honestly want to go into details but umm, it might not be as sweet as the bride herself, Ada recalling how the story went down, so we’ll just swerve and let her tell it in full details.

So enjoy and do check out more love stories and pre-wedding shoots here. Right now, let Ada tell us how #DALOVESTORY went:

I met Dennis at a time in my life when I least expected; I had travelled to London for 3 weeks to spend Christmas with my family in the UK; a journey that would be the beginning of my forever with Dennis. Barely 24 hours after I arrived at my Aunt’s house, she wouldn’t stop talking about this handsome gentleman she knew and was bent on introducing me to him. I laughed this off and told her I wasn’t interested, but she persisted. In fact, she was relentless. The more she persisted, the more I refused! At this point, my dear aunt gave up, or so I thought. 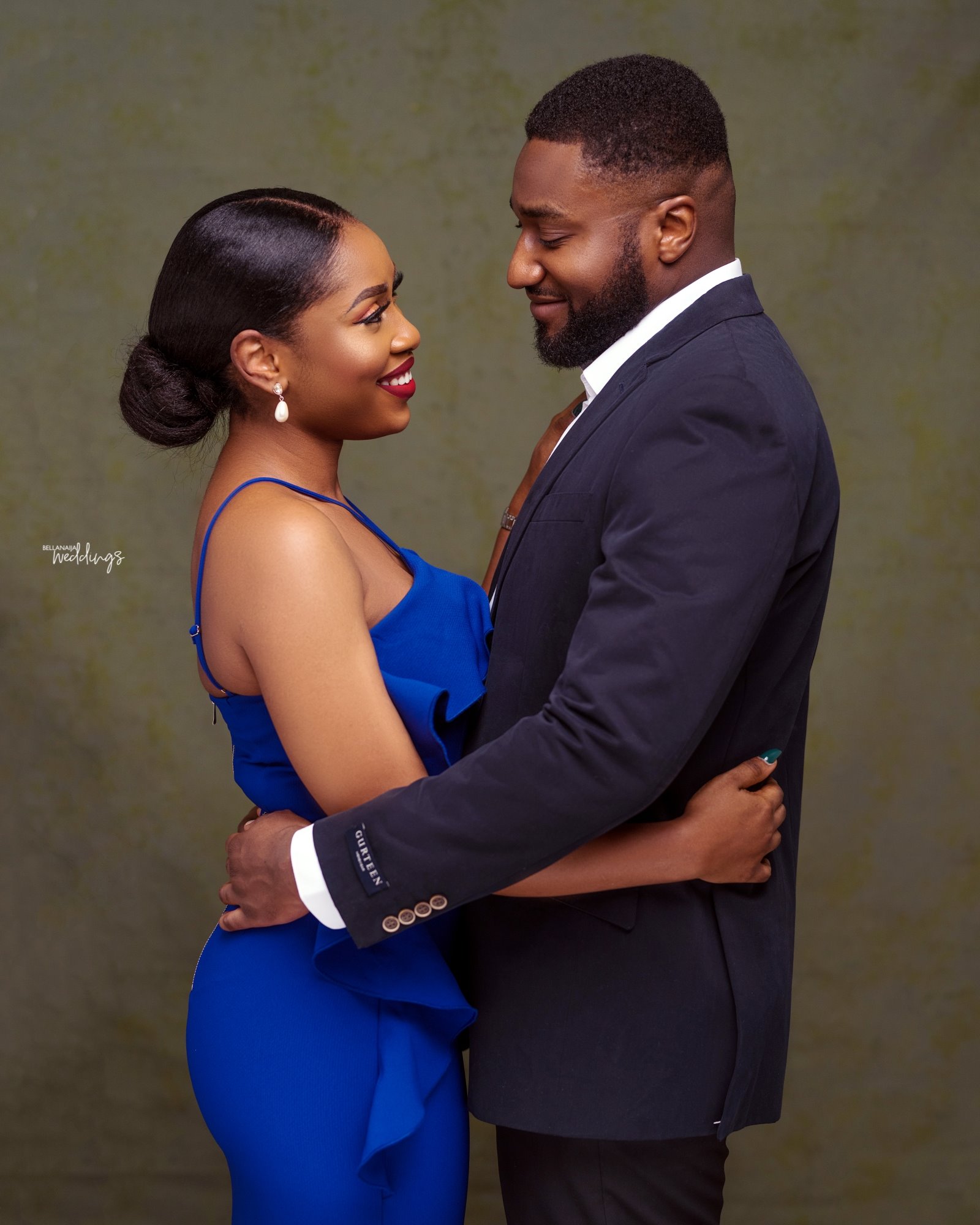 About 3 days into my trip, Dennis and my aunty went ‘babe hunting’…lol, I got to find out later that there was someone else my aunty wanted him to meet before I came and since I was not “interested” she carried on with her initial plan, but as they say, “what is yours is yours”. After the meeting, Dennis came to drop my Aunty at home and she insisted I come say Hi. Once again, I vehemently refused!  I hadn’t had a shower and I looked a piping hot mess. It was so bad, I had two odd socks on (he still teases me about it to this day) and wearing one of those boarding house type checkered nightgowns, and I couldn’t be bothered to go and change into something decent. Little did I know my aunt hadn’t given up. She brought Dennis upstairs to say Hi, by fire, by force! An extreme case of “If Mohammed doesn’t go to the mountain, the mountain will” I am thankful she insisted (Thank you, Aunty, I love you!). 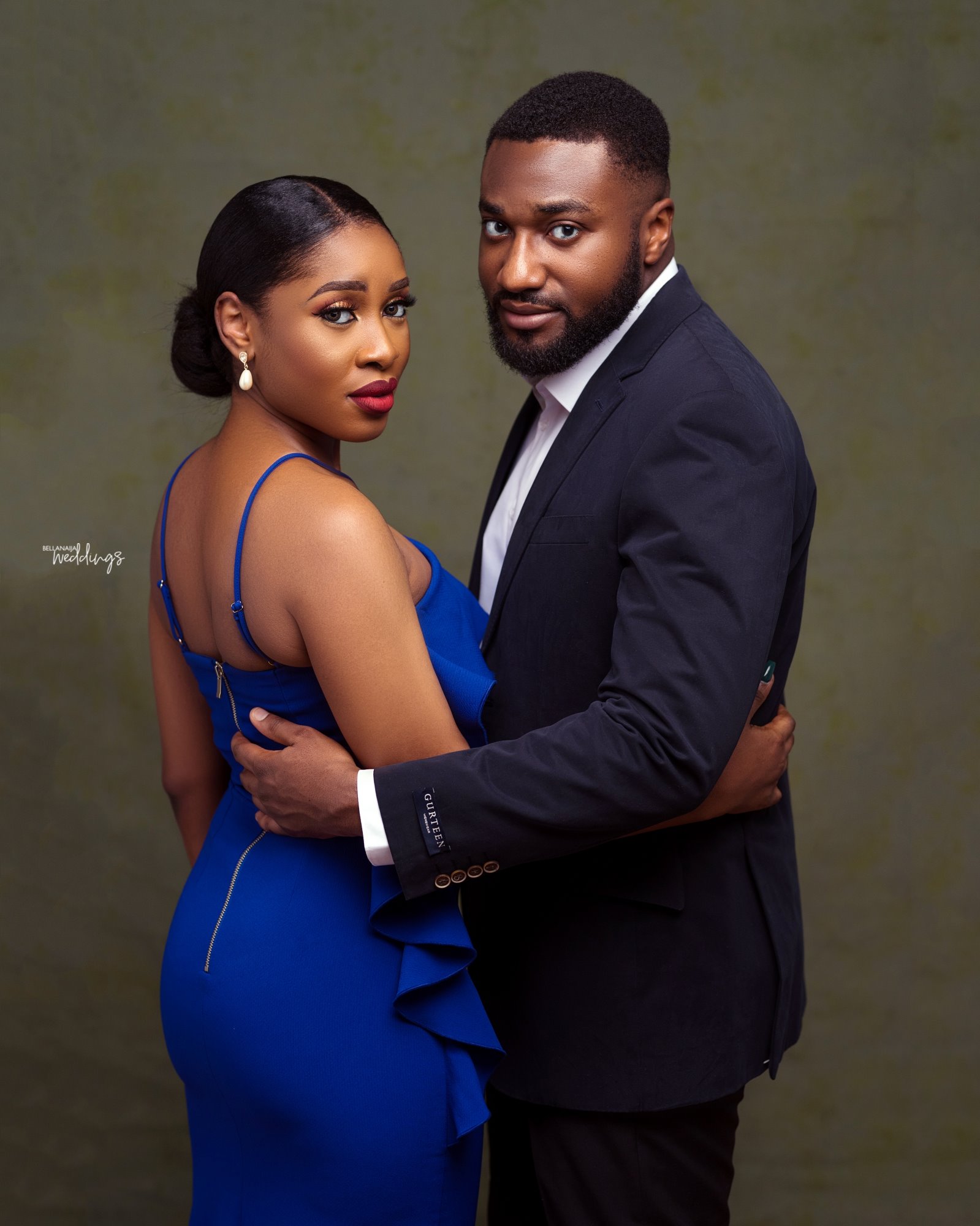 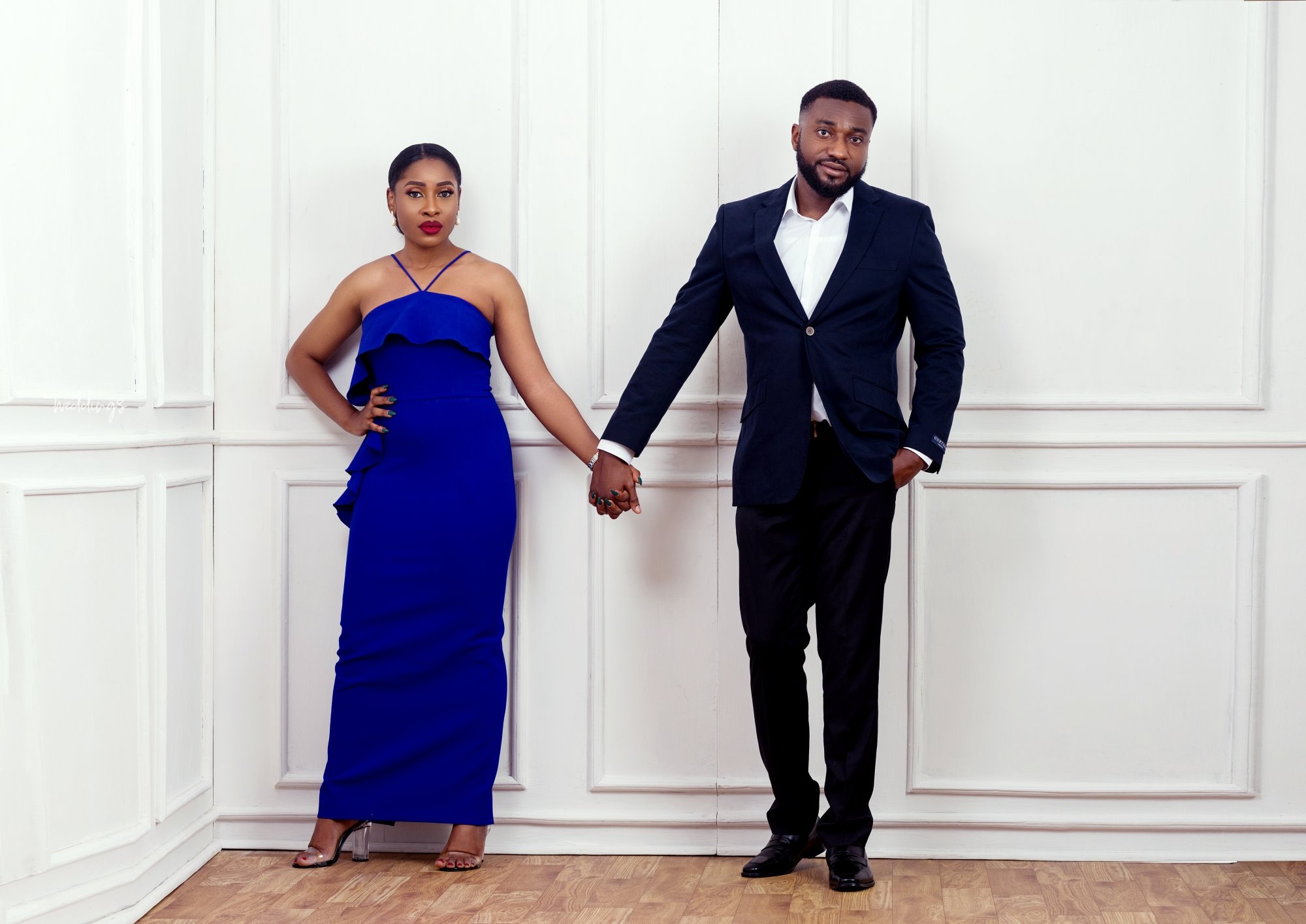 As Dennis walked in, I didn’t know what to expect. He introduced himself, we chatted briefly, he took my number and left. The next day, he called! We spoke for about 2 hours, discussed all topics under the sun and we haven’t gone a day without speaking ever since. I saw him every day from our first date till the day I left. We had such a blast. I had made so many plans and had activities lined up with one of my best friends who was also going to be in London for Christmas. I was also supposed to go to Birmingham to spend a few days with my family friends, however, me being the horrible friend and family friend that I am, I bailed on these plans because of man. A disgrace! (They still tease me about this till date, but they are thankful that my bad behaviour ‘yielded fruit’ lol). 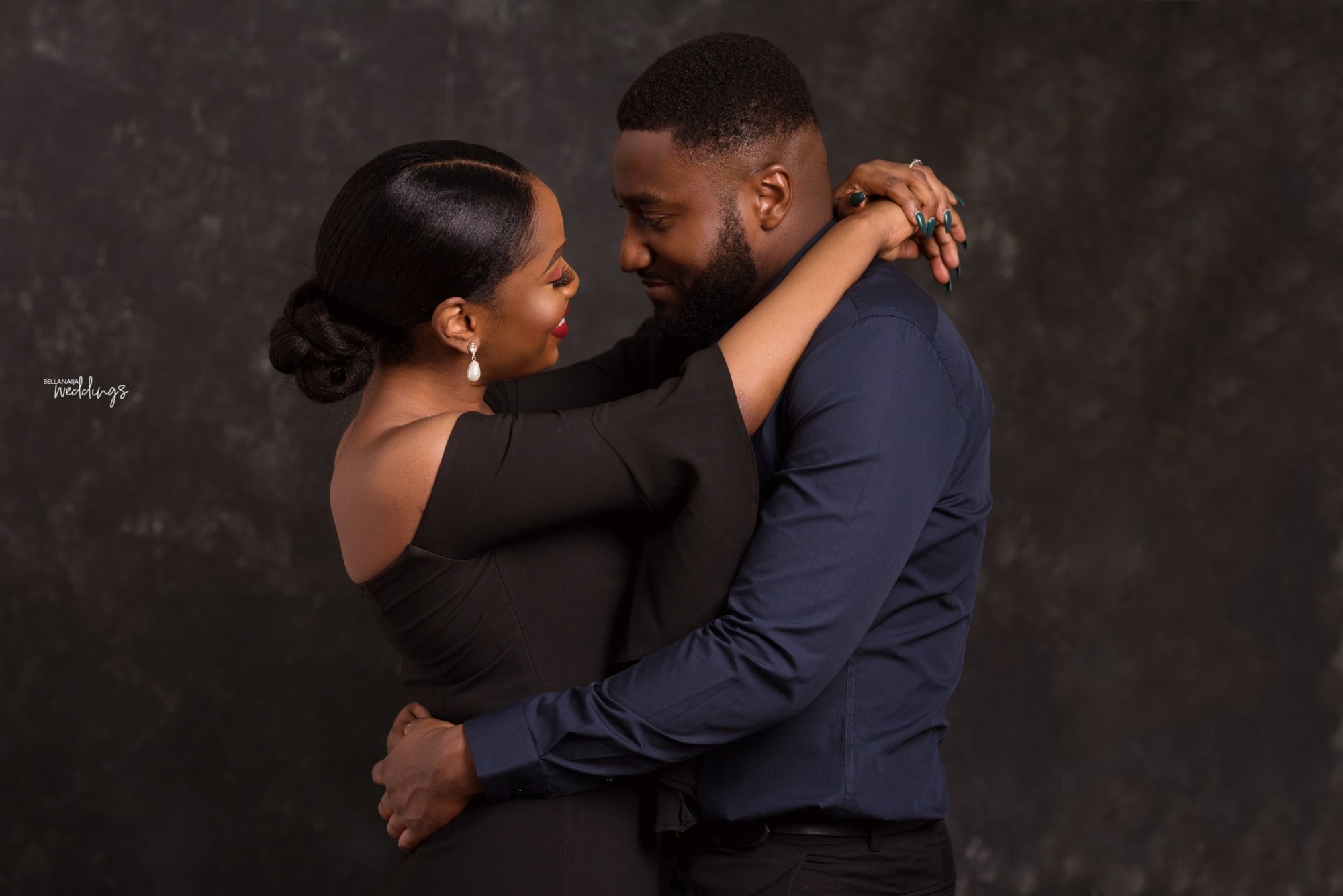 I came back to Nigeria in January unexpectant. I just had a great holiday with the most amazing guy, but a part of me was still weary, because you know, they say men are dubious, and it’s wise to take everything they say with a small pinch of salt. A part of me thought this will end up being one of those holiday romance situations that fizzle out after a while considering the fact that we were thousands of miles apart and long distance relationships are a scam and a sham! 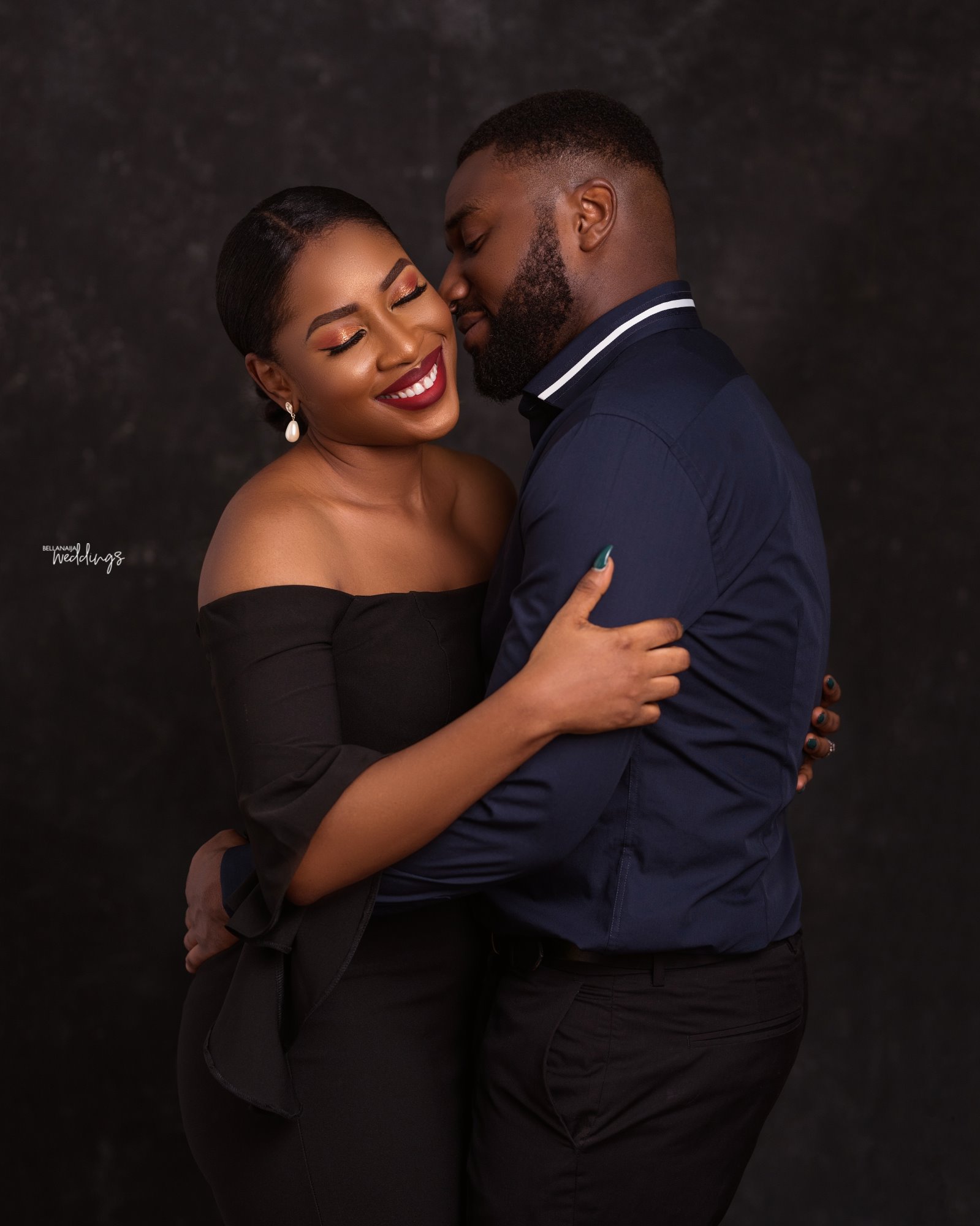 Dennis proved me wrong. Taking a chance with him is one of the best decisions I ever made. We continued our relationship and very quickly it was obvious fate had brought us together. He soon became a big part of my life and I was struck by his patience, genuine kindness to me and everyone else around him, gentle spirit, generosity and unproblematic nature. The perfect balance to my fiery Taurean personality and all my wahala! The rest, as they say, is history! 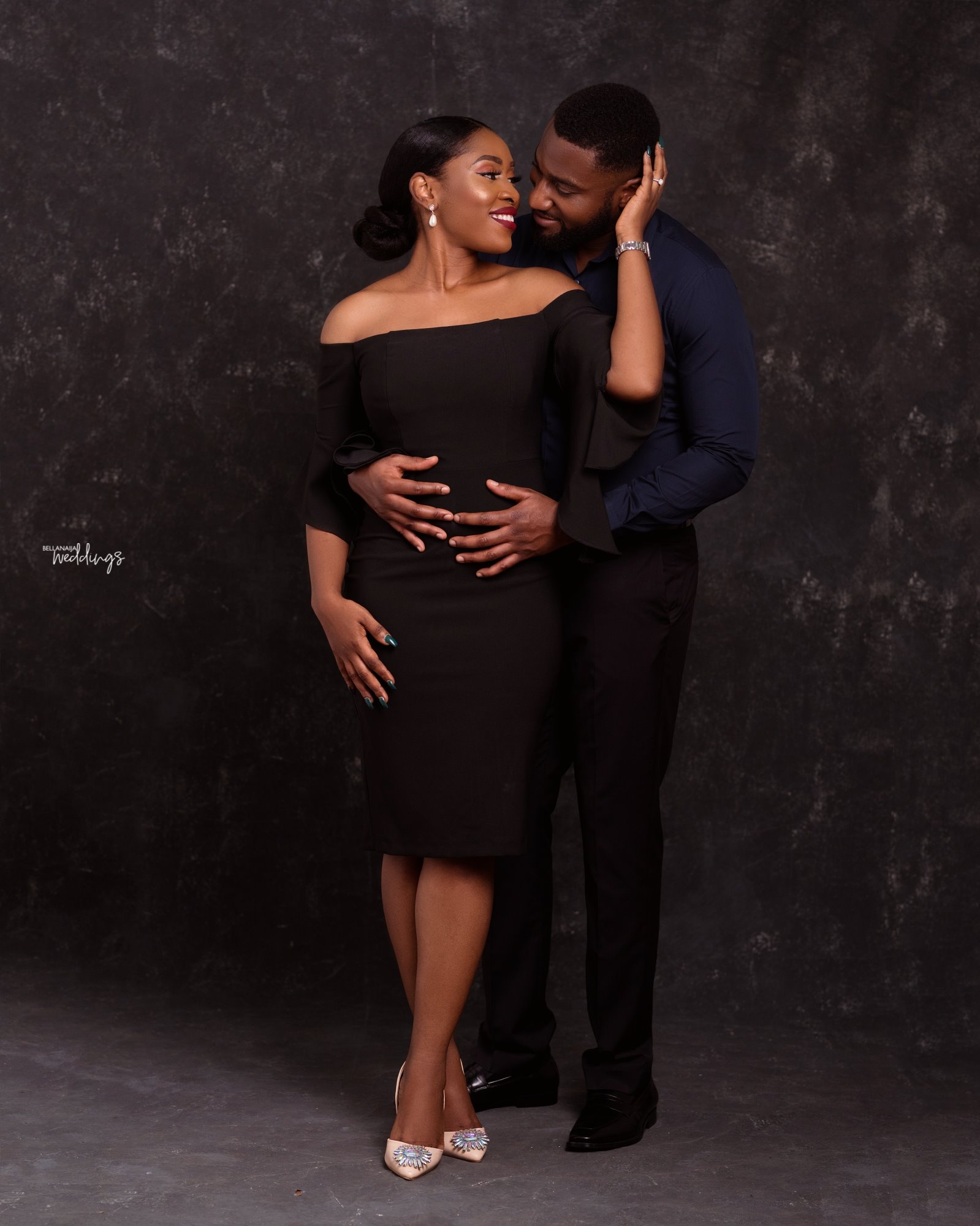 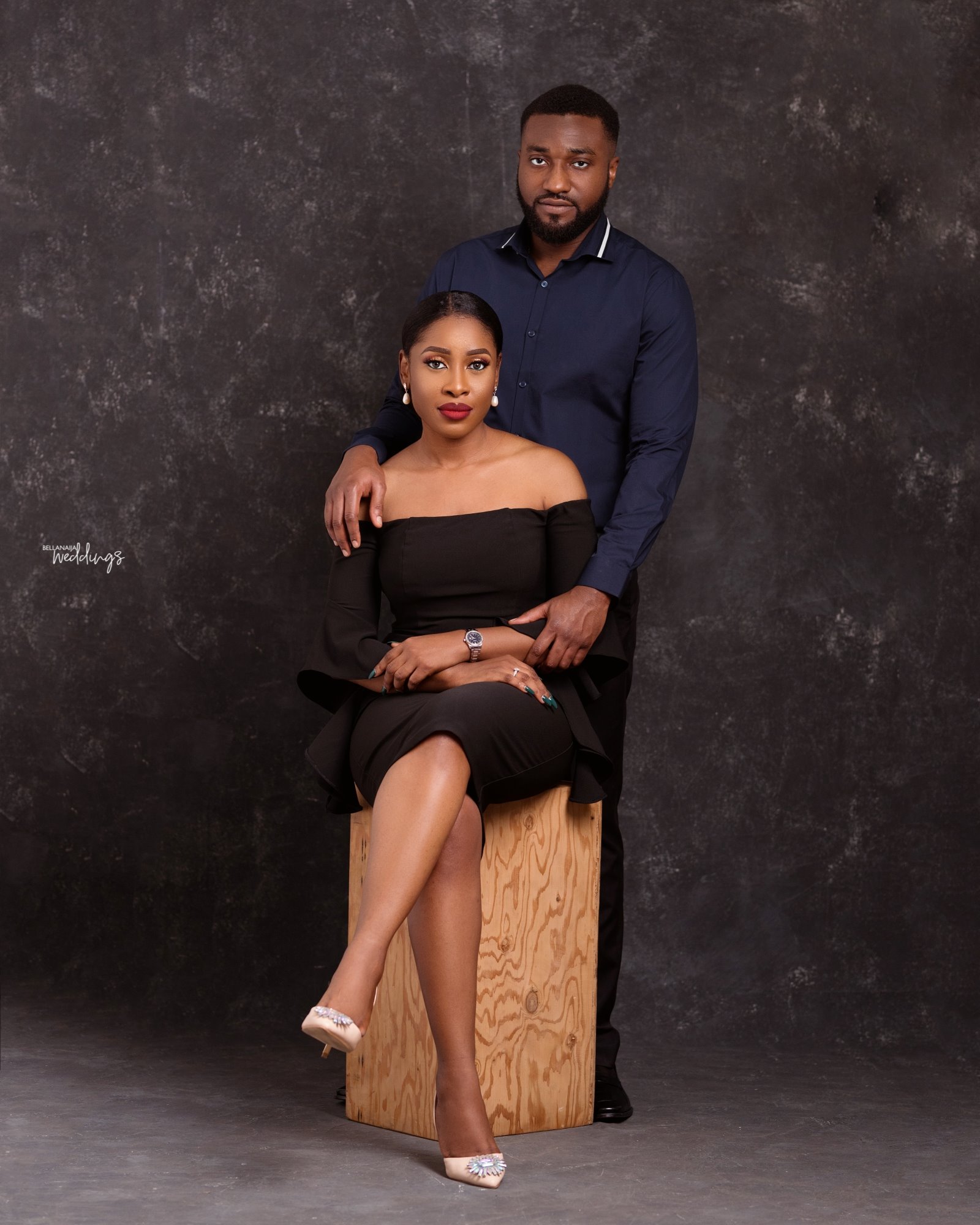 Now here’s how Ada recalls the proposal by her groom:

Honestly, I actually saw it coming, there was no surprise! From our second date, he said he was serious and was certain he wanted to spend his life with me. All of his actions from that day matched his words. On one of my later trips to the UK, I was at his house one evening and he started talking about our future and all of the wonderful plans he had for us and how he was dead serious about wanting a future with me and wanted to prove it to me. He then went down on one knee and brought out a ring I had earlier shown him I wanted and asked me to marry him. I said YES! It was a beautiful, intimate, and very special day. One I’ll never forget. 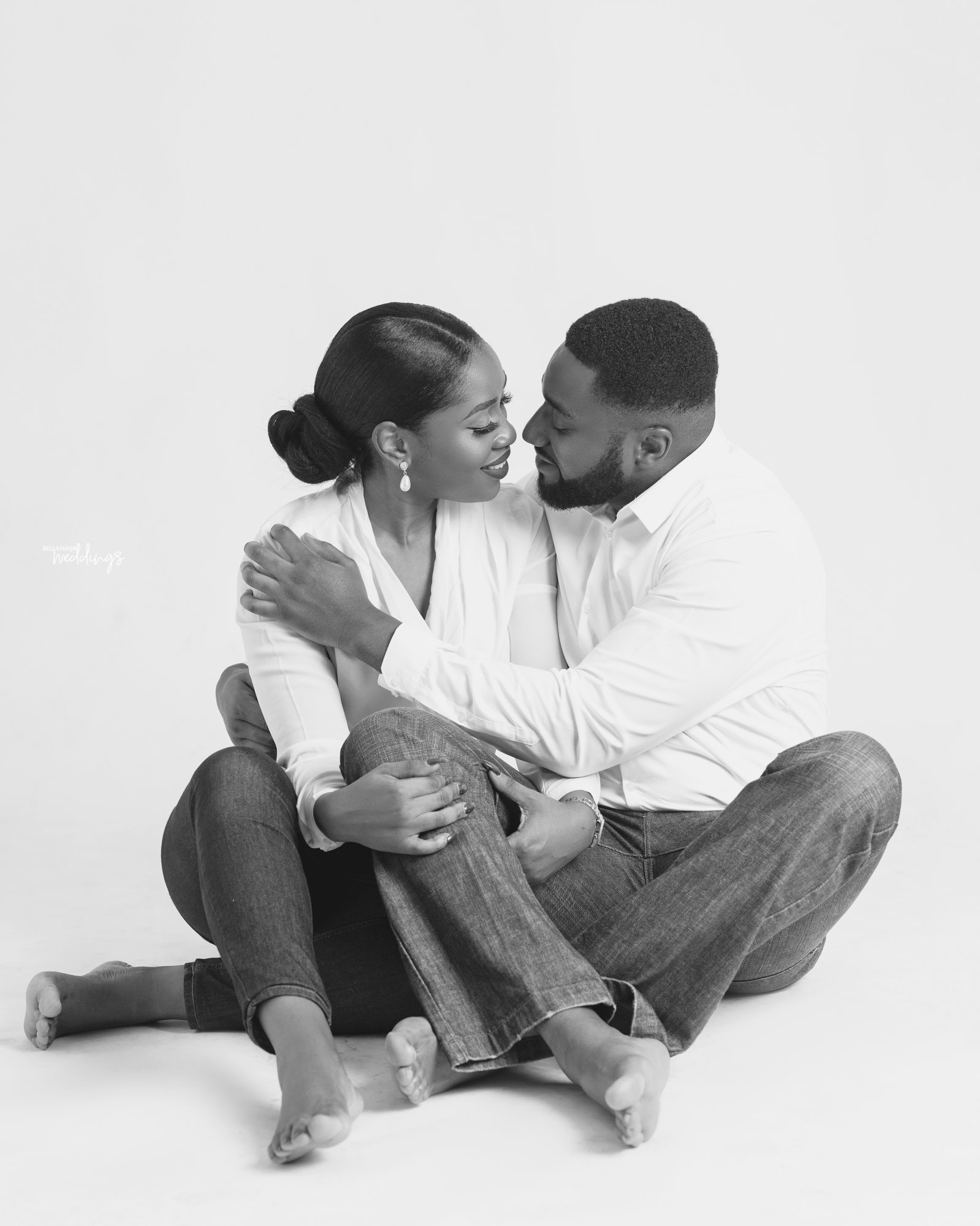 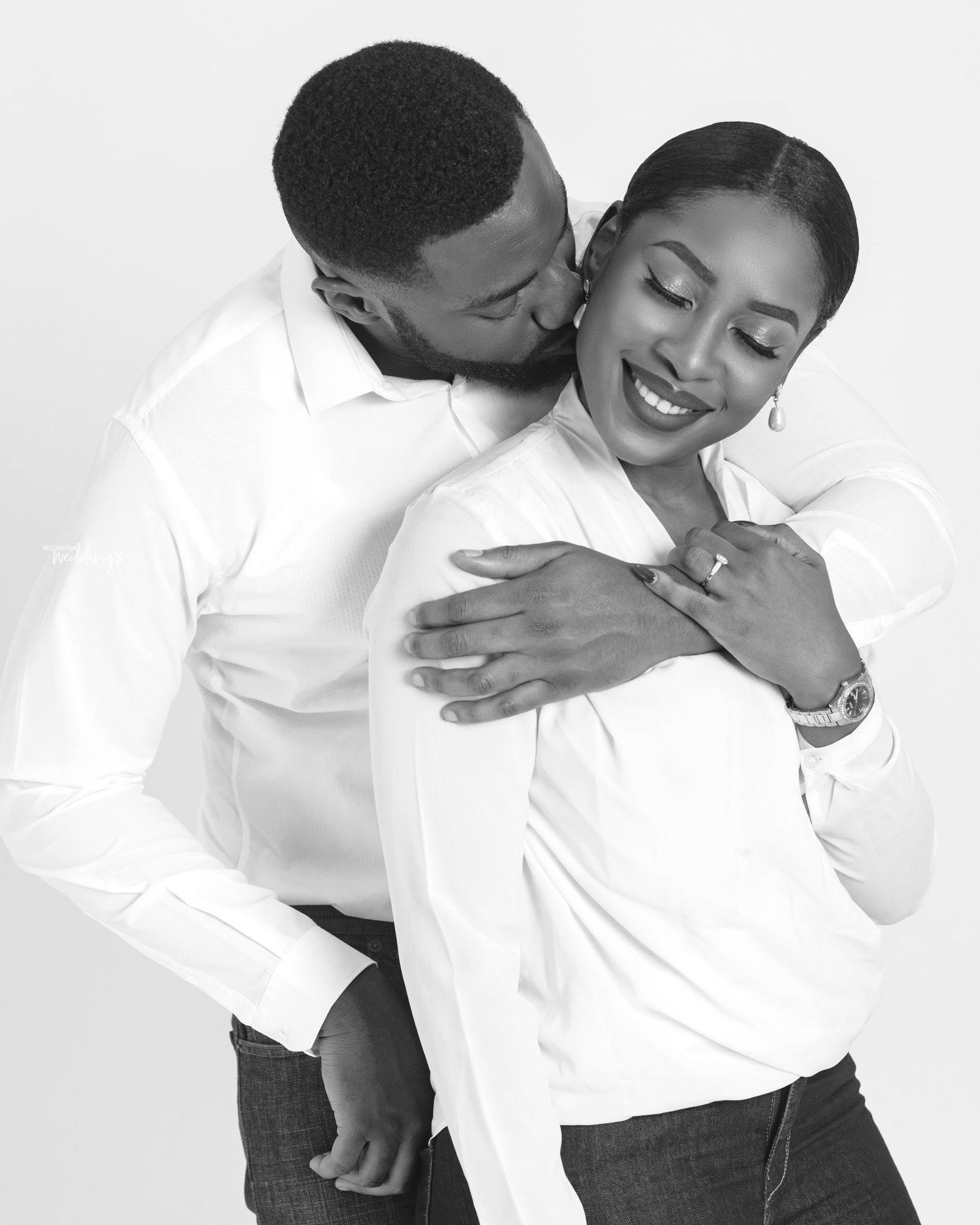 Dennis and I are definitely a match made in heaven. God’s perfect will. He is the definition of a good man, my still waters, the calm to my storm, the voice of reason to my bad behaviour, the washing machine to my whites. He makes me a better person and I know he truly and completely loves all of me. I look forward to doing life with the best life partner I could ever ask for. #DALOVESTORY 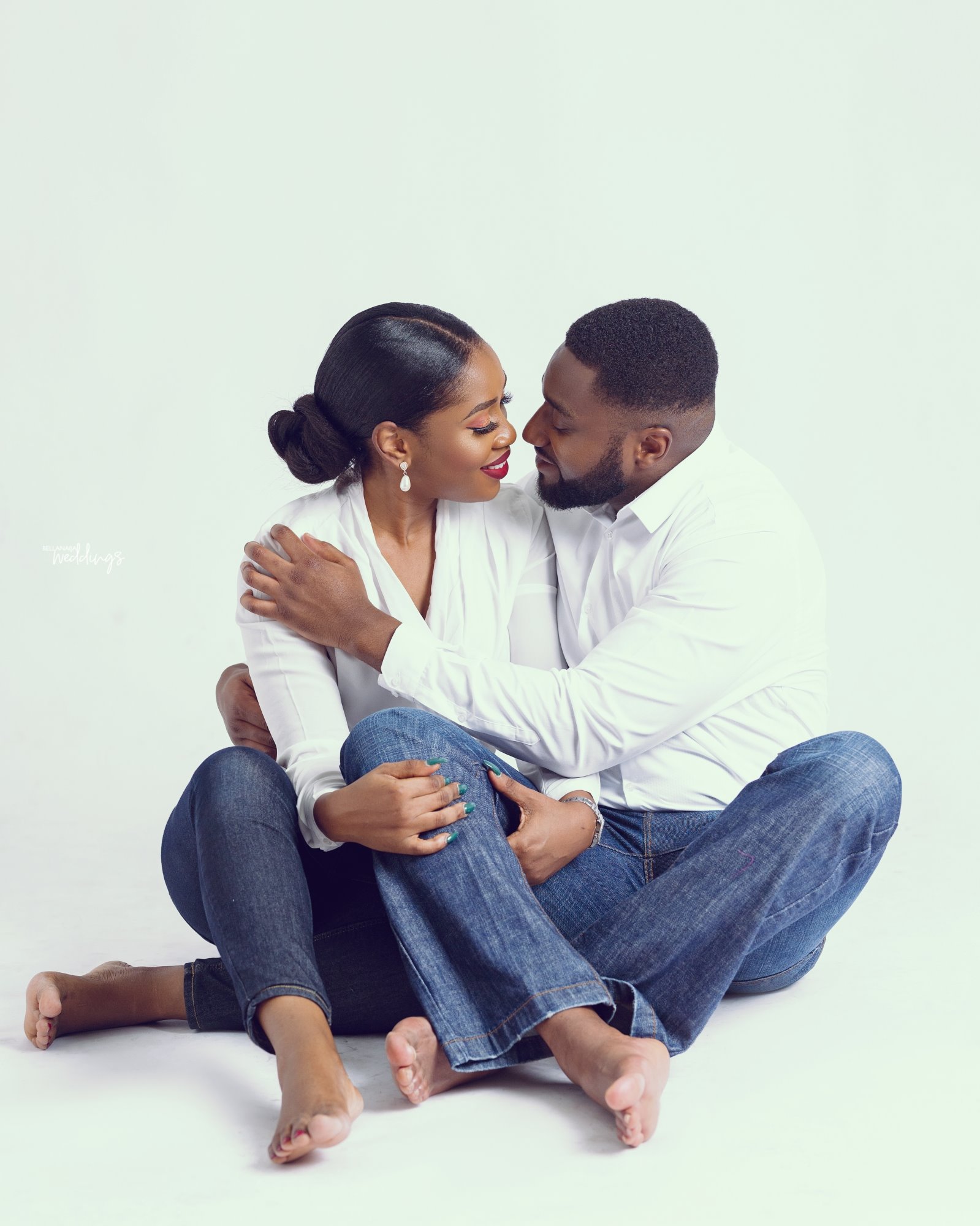 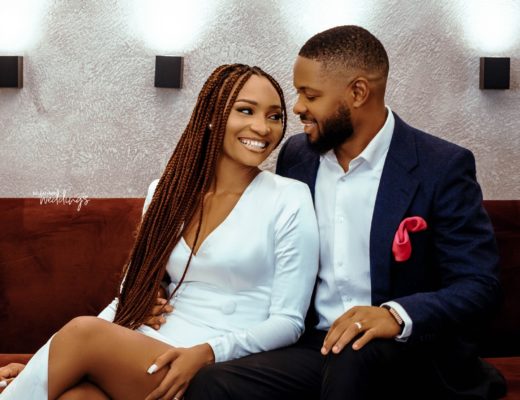 I Was Lucky to Find Her! See How Tochukwu Knew Chidinma Was the One 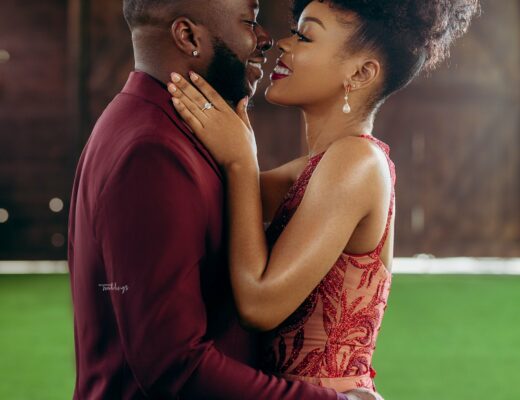 A BBM Message to the Wrong Pin Led to Nita & Uti’s Happy Ever After! 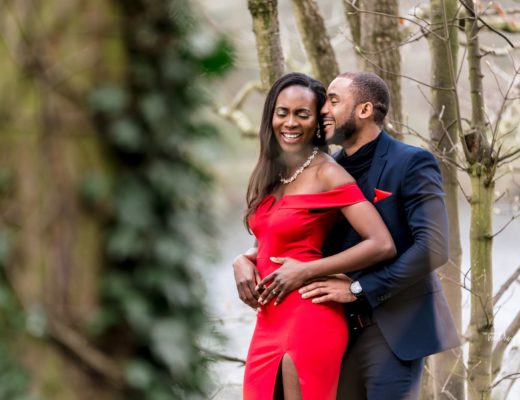