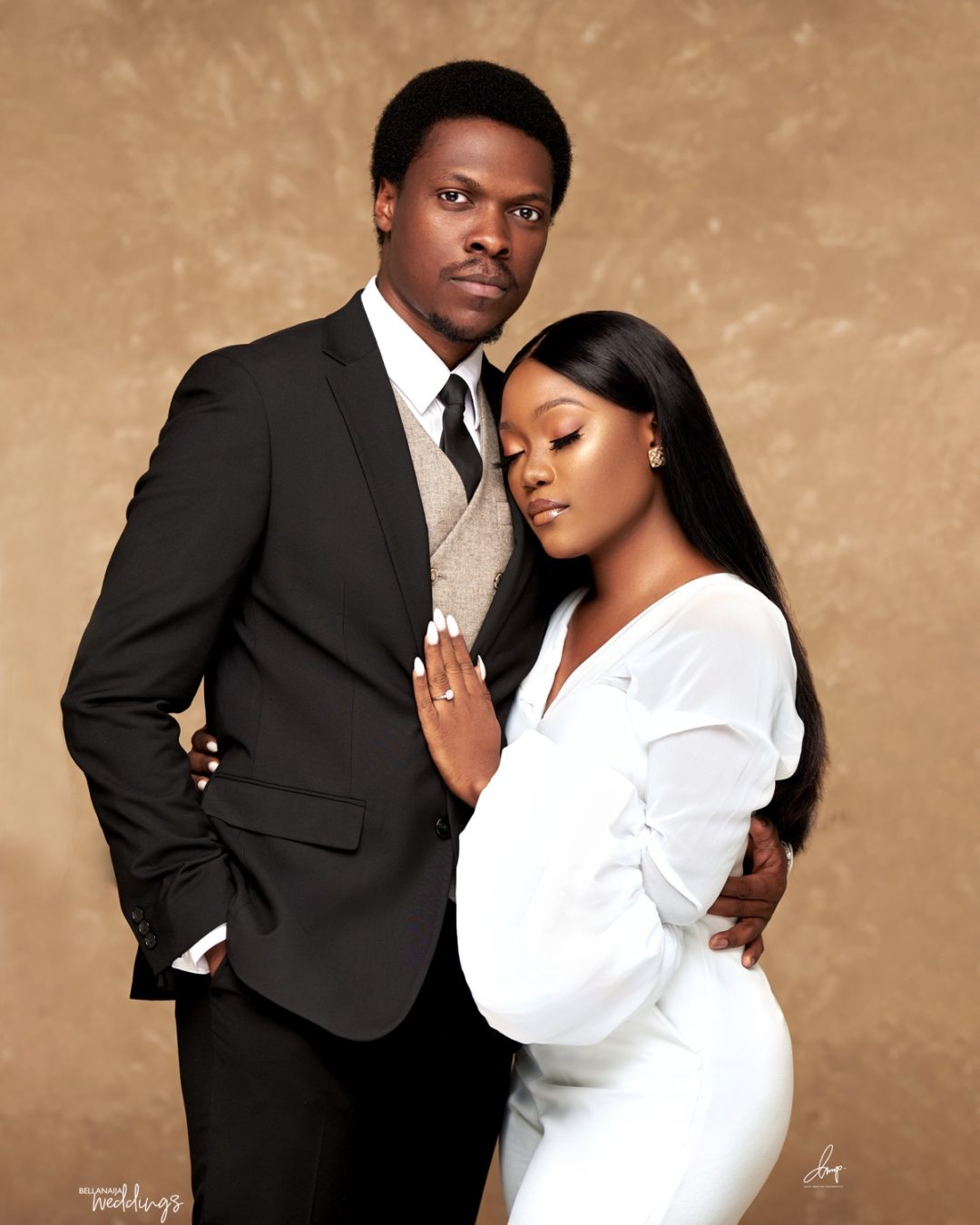 We just love love. Pretty sure you know that by now.

Okay, so today’s gist, We are crushing and loving on the beautiful #DeyoForever couple, Debola and Ayo. Right from their love story to their amazing pre-wedding pictures captured by David Martins, everything is just so beautiful. We don’t want to say too much, so we’ll just let the bride-to-be and groom-to-be share their love story with us.

Here’s how it all started according to Debola:

I met Ayo 8 years ago (2012). A mutual friend wished me a happy birthday and used my picture as his DP on blackberry messenger (BBM). He called me a few days later that his friend had been bugging him for my number and asked for my permission to give him, so I agreed. We started chatting and the first thing that caught my attention about him was that he was very intelligent and knew a little about almost anything in this world. 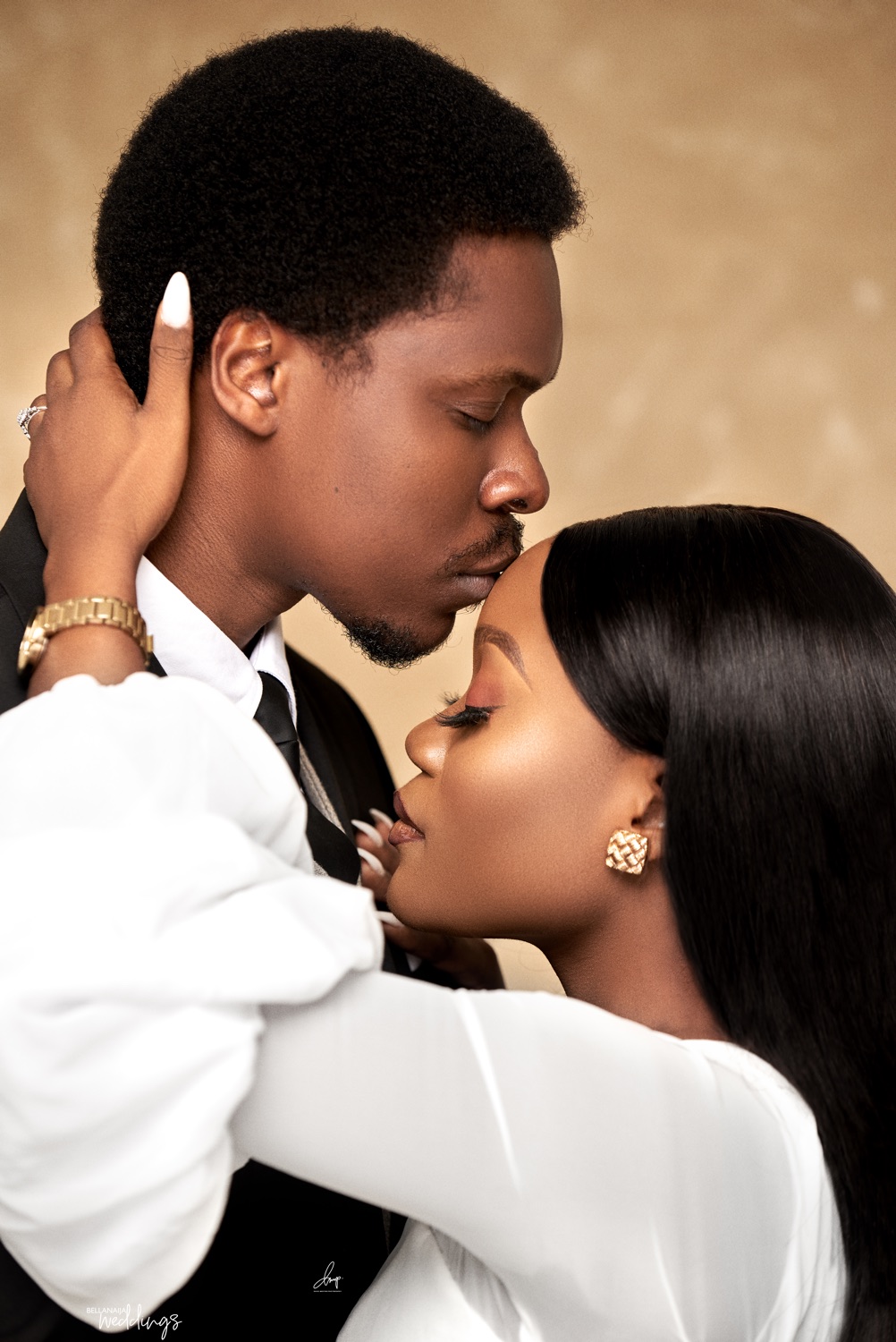 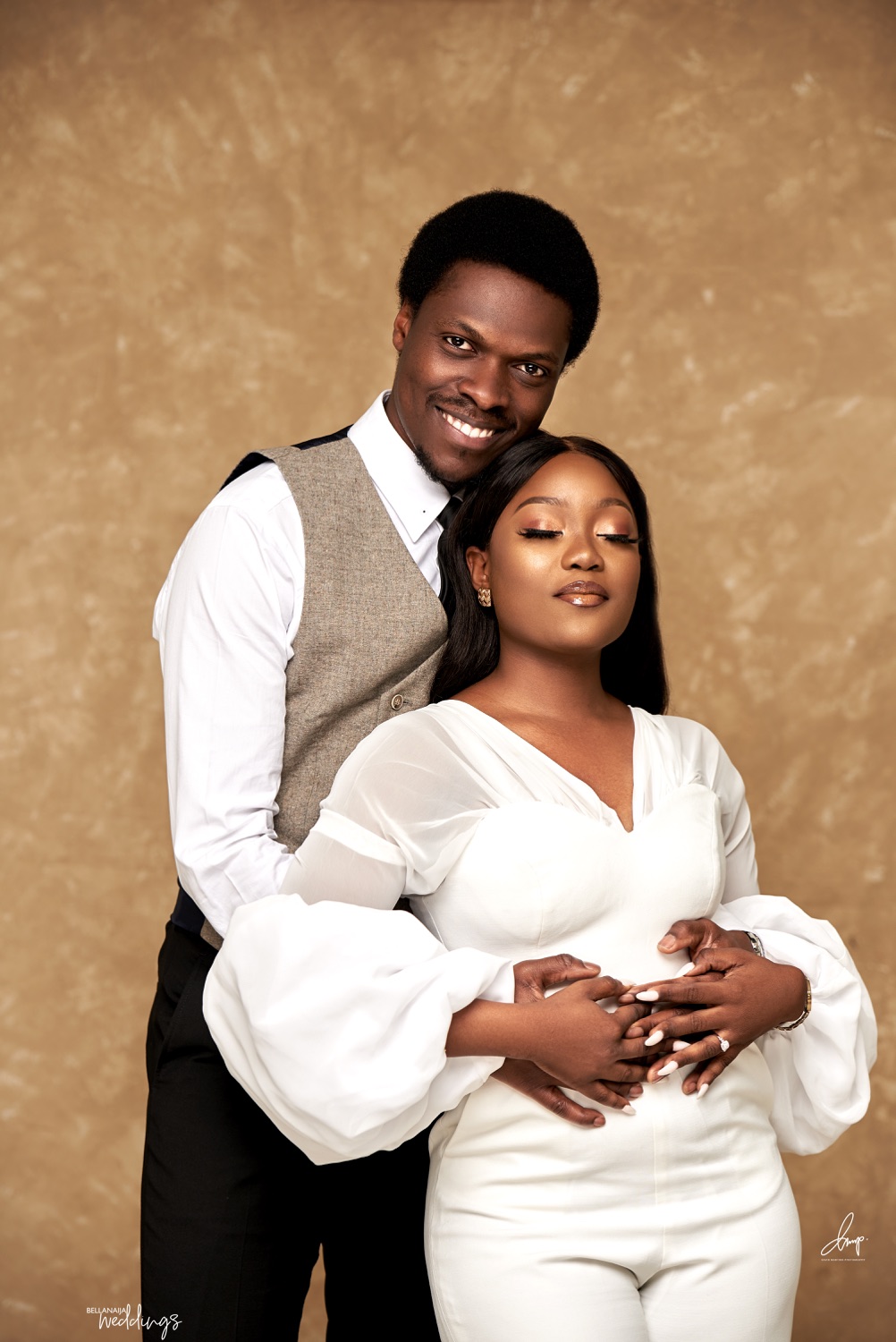 For months we never actually met in person but we had gisted about everything. We finally had a chance to meet when Ayo helped my family arrange a very important meeting. The moment I saw him on the day of the meeting, so many things kept going through my head. Why would he do this? He has never actually told me he likes me! Maybe he just has a kind heart! The moment I got home and I reflected on the day and how blissful our conversation was, I told my mummy I was going to marry Ayo that I think my search is over 😂. 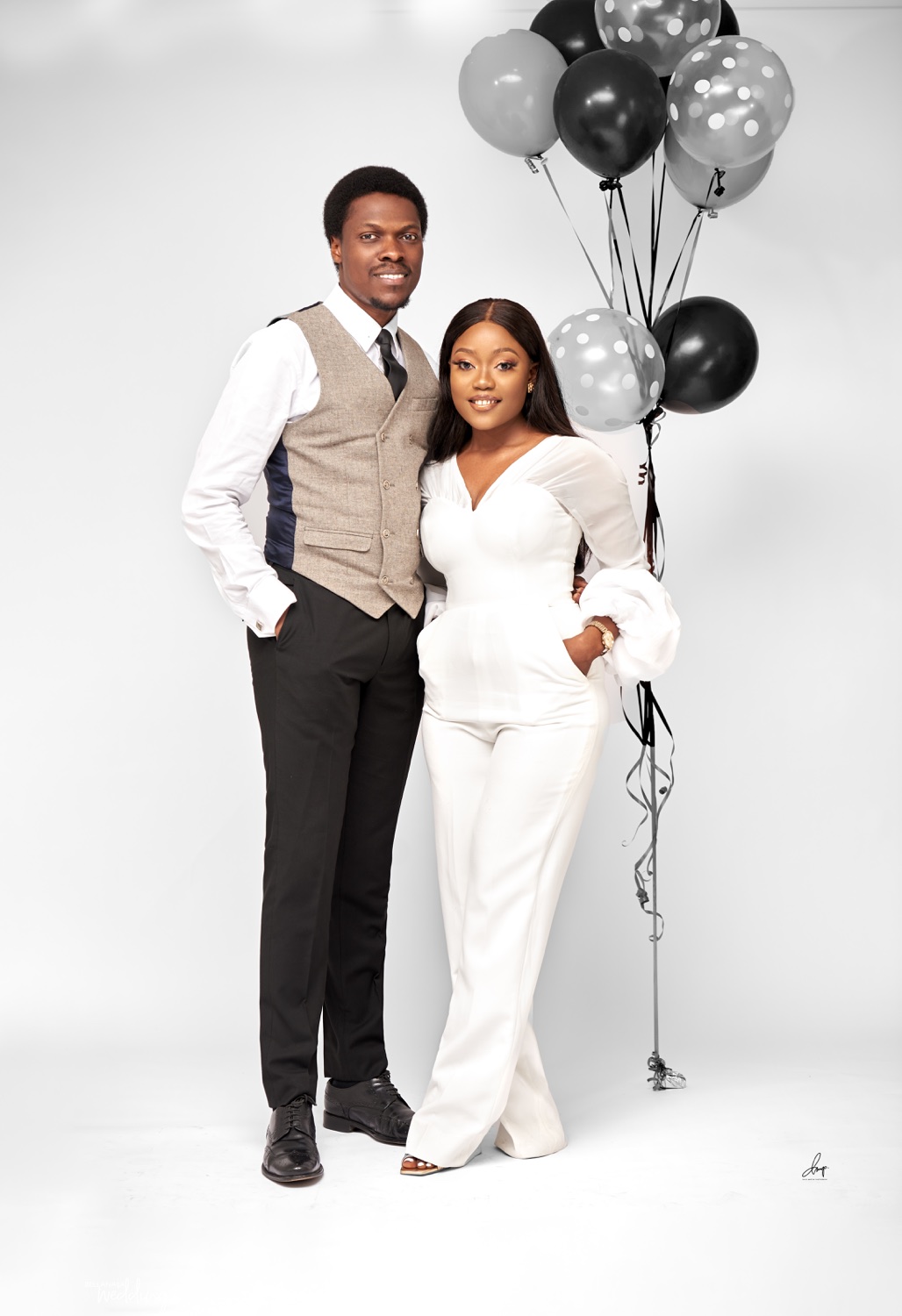 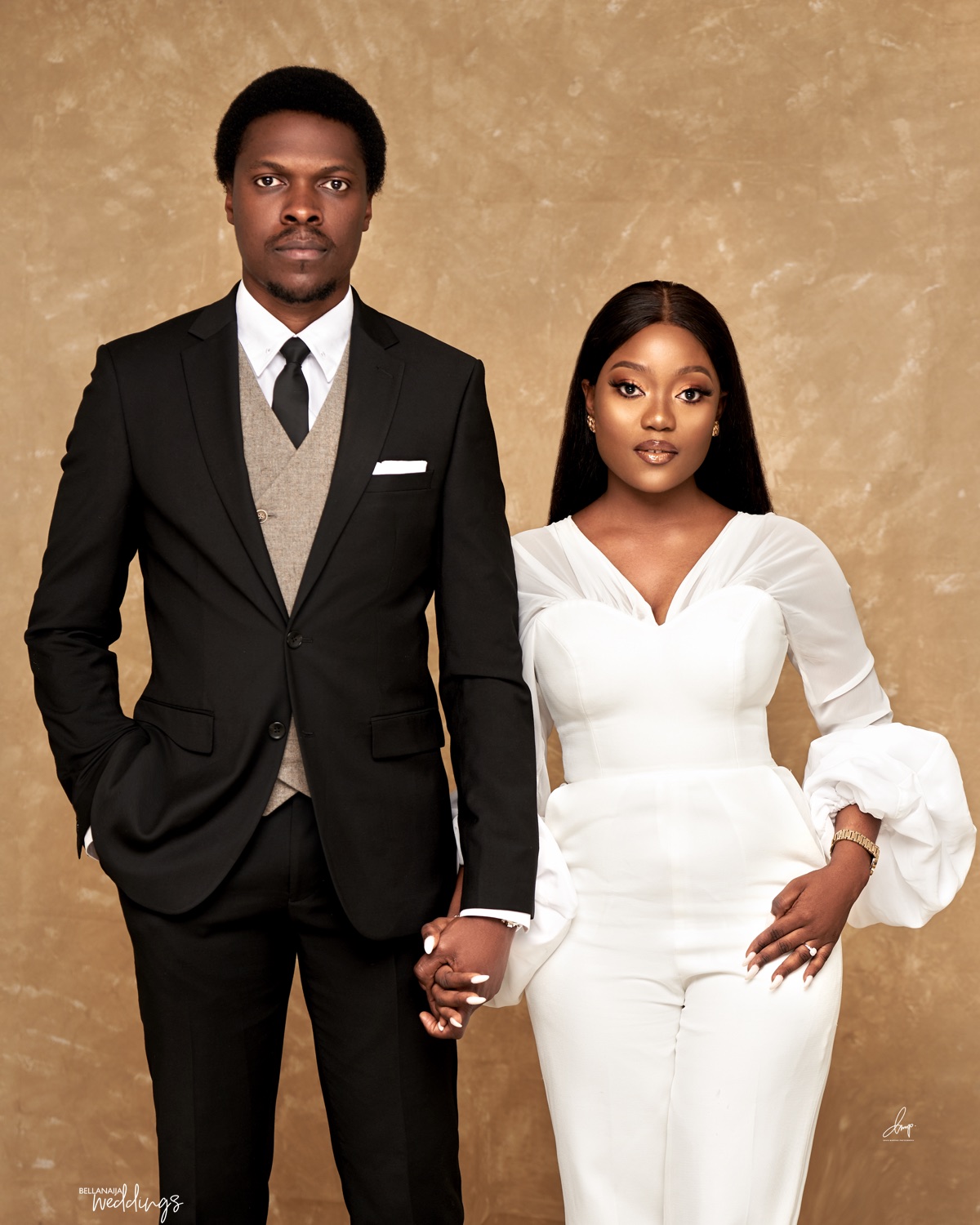 But nothing happened for a whole year. He would come to my house every weekend. He would pick me up for a date on Saturday and take me anywhere I wanted to go and on Sunday to church and then a date afterwards or we would just chill at his friend’s house or my house because my parents knew him already and loved him. After one year of an amazing friendship, he finally asked me out in February 2013 the week after Valentine’s day. He took me to a nice restaurant and asked me to be his girlfriend, I didn’t even do any shakara and say I’ll think about it oo! I just said yes😂. We broke up after about four years into our relationship, It was a very heartbreaking period. We got back together after a year and we have been inseparable ever since! 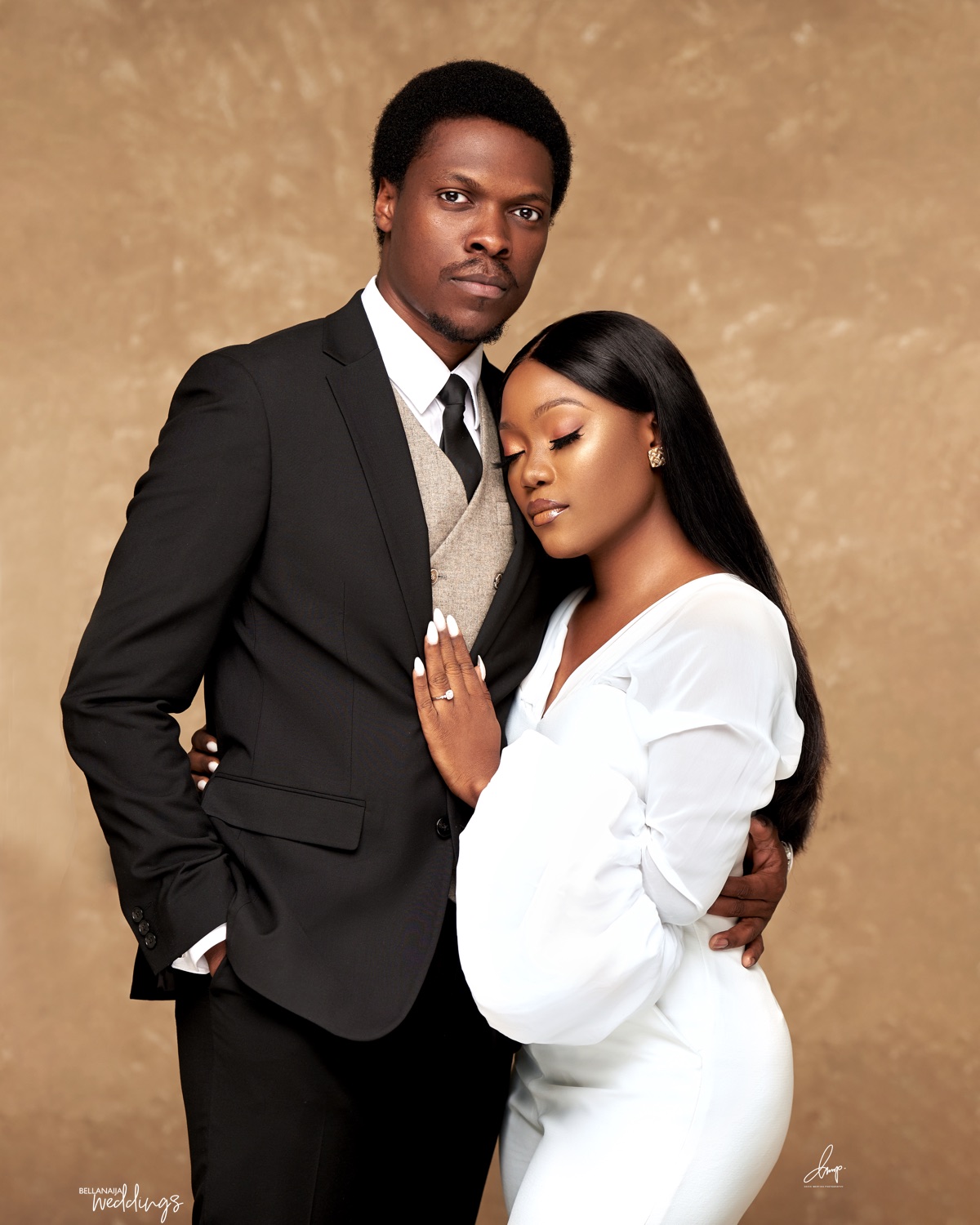 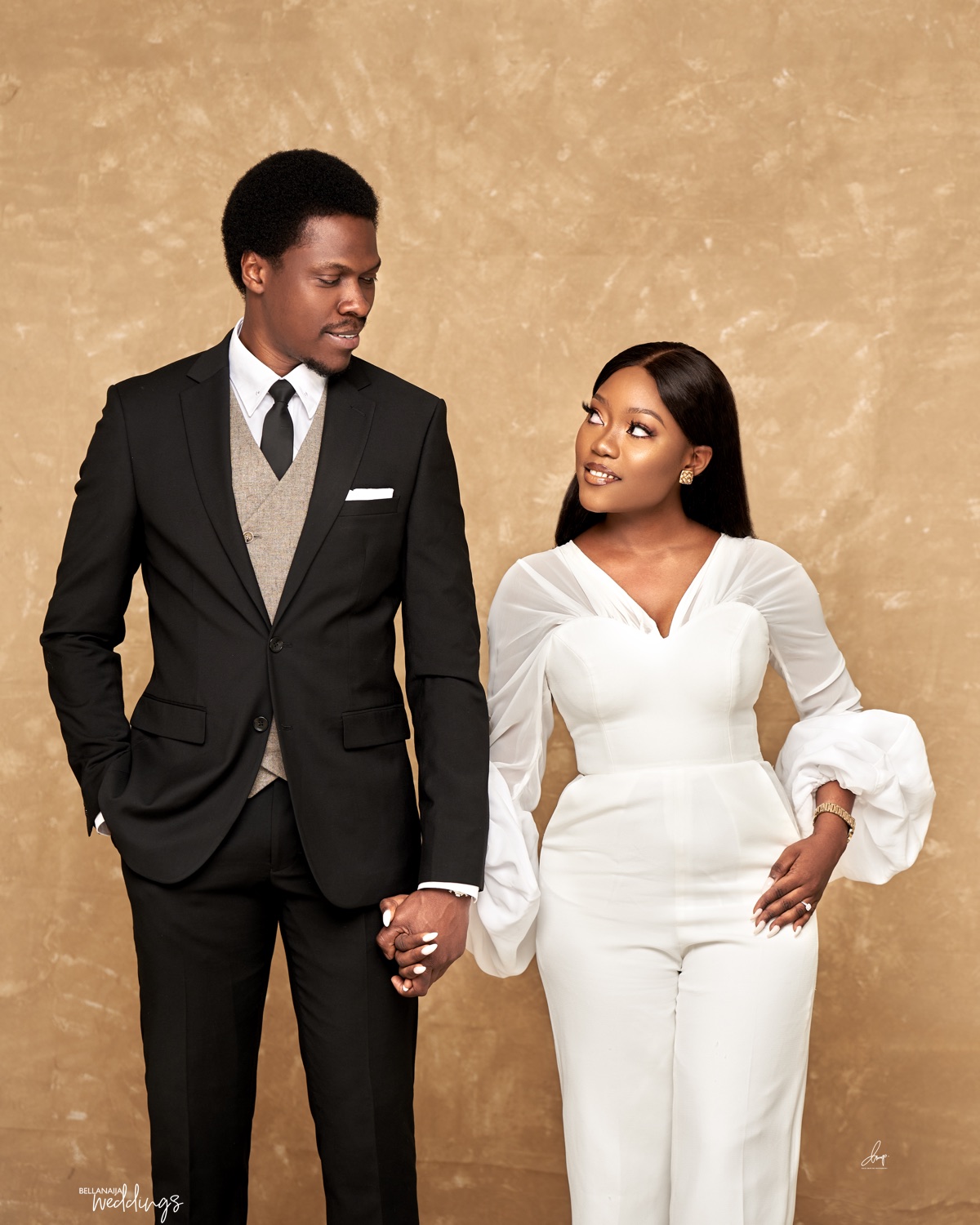 Here is Ayo’s side of the story:

I had just returned to Nigeria after my master’s degree, I was single and didn’t really need anything serious. I then saw Debola’s picture on an old friend’s blackberry and was like “Baba how far this babe na”? He got me her contact and we started talking over the phone and blackberry messenger. Her voice was so sweet and musical. It was also cartoonish though (🤣). We eventually met at a conference and it was at that time I realised she was 5ft tall and that explained the cuteness of her voice. She was incredibly beautiful and playful. 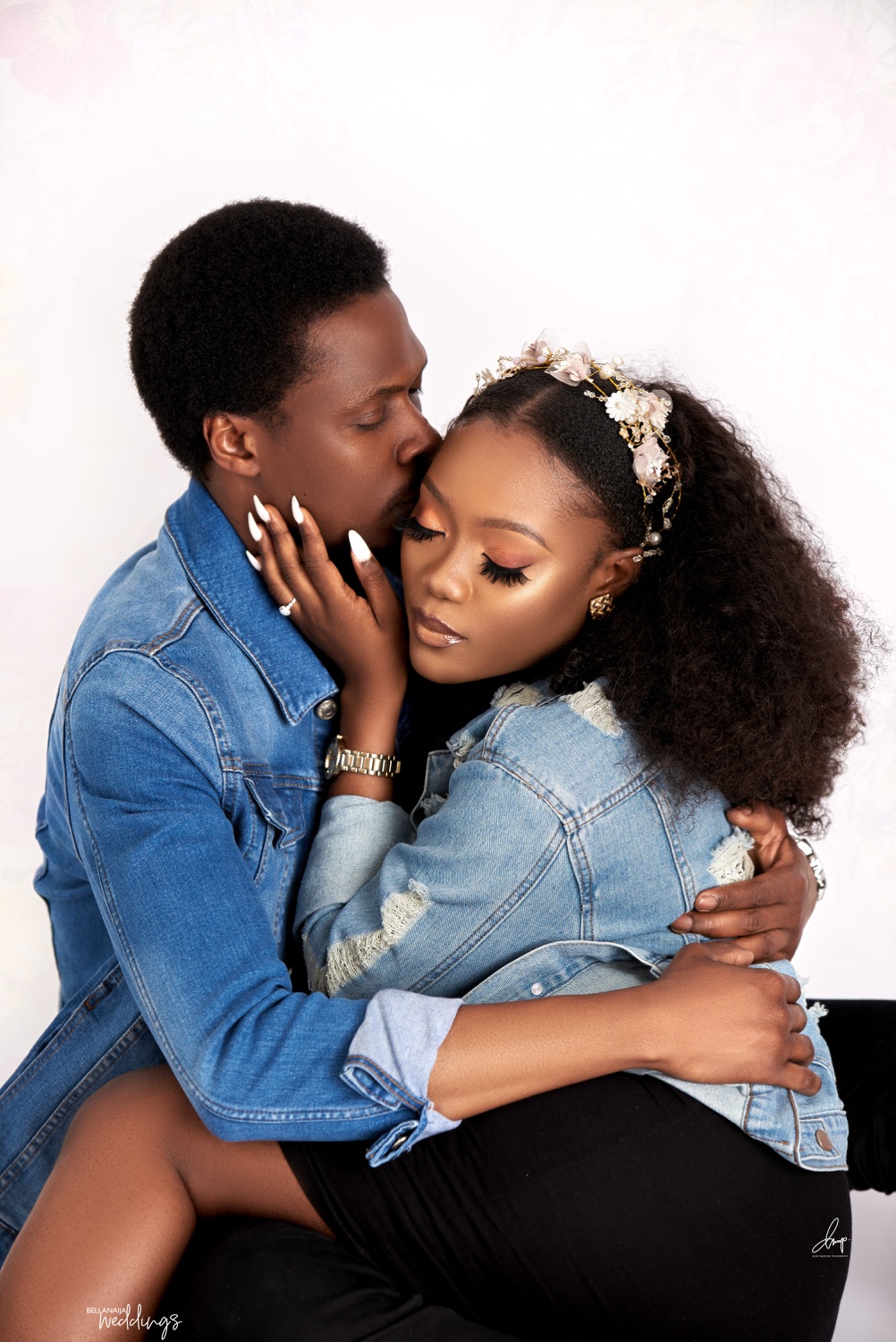 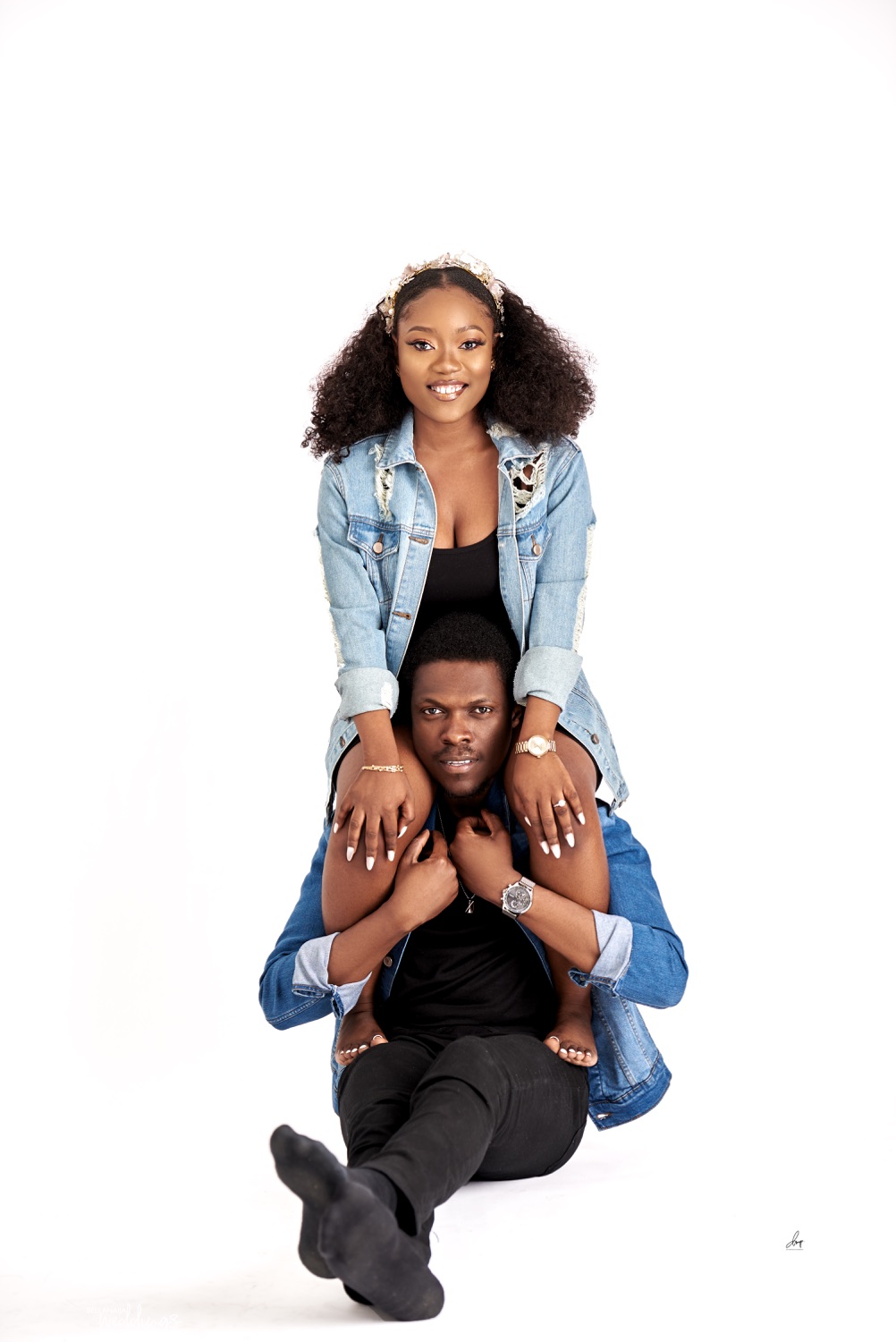 I was a bit apprehensive making things official with her at first partly because I wasn’t sure I would remain in Nigeria for the long term. But I could not help myself, I always liked to be around her so we officially got into a relationship. She was easy to love, she always made me happy and that made things difficult when I had to leave again for my PhD. We continued the relationship long distance. After a couple of years, we broke up and got back together exactly a year after. A few months later I visited Nigeria and I saw her again. It was difficult seeing her again. 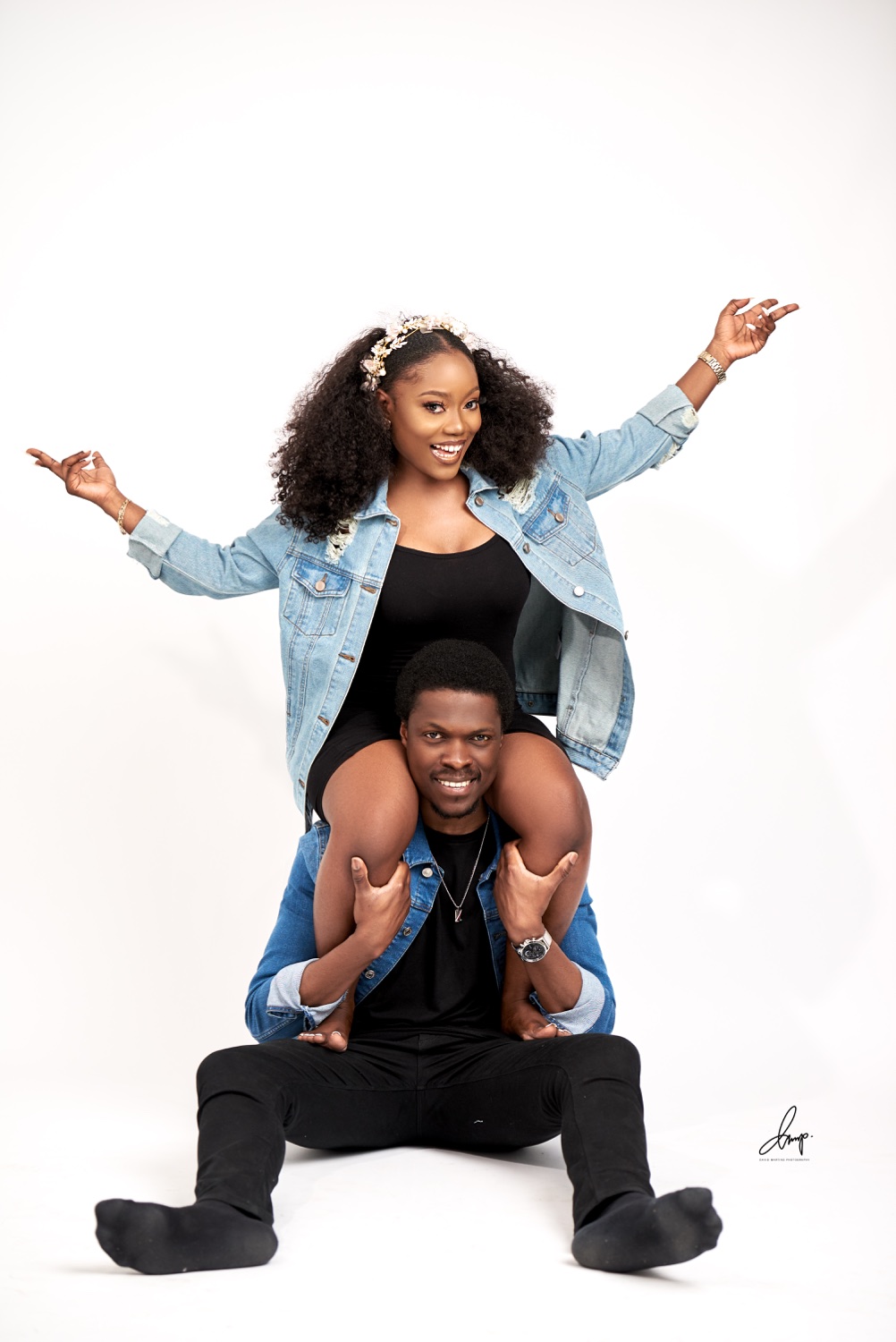 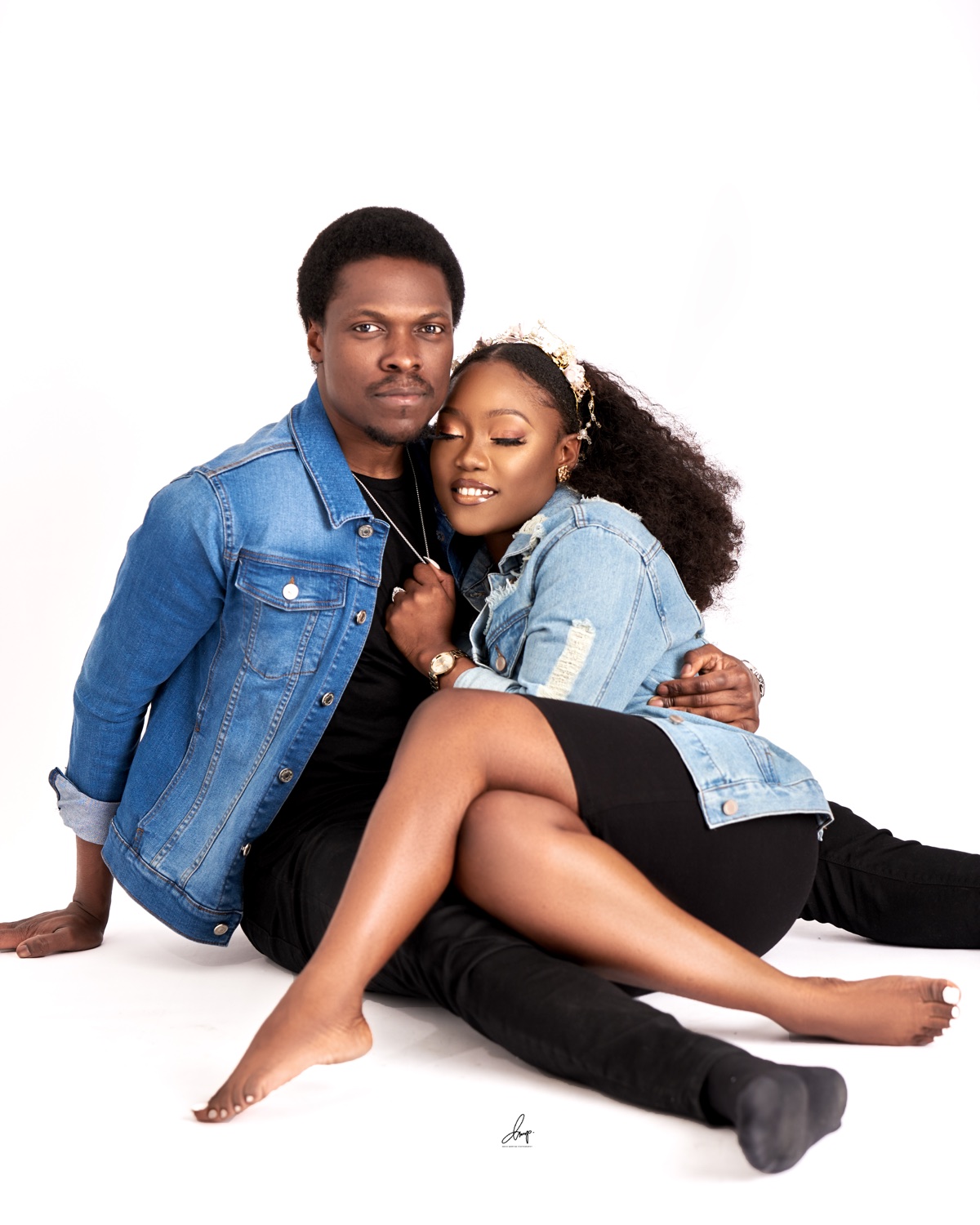 I went back to the UK to continue my research. A few months later she moved to the U.K. for her master’s degree and I reshot my shot and she agreed to get back with me after a couple of months. We have since then been through a lot together and have survived it all. She has supported me through it all and I couldn’t have wanted anyone else. I asked her to marry me in December 2018 and she said yes! 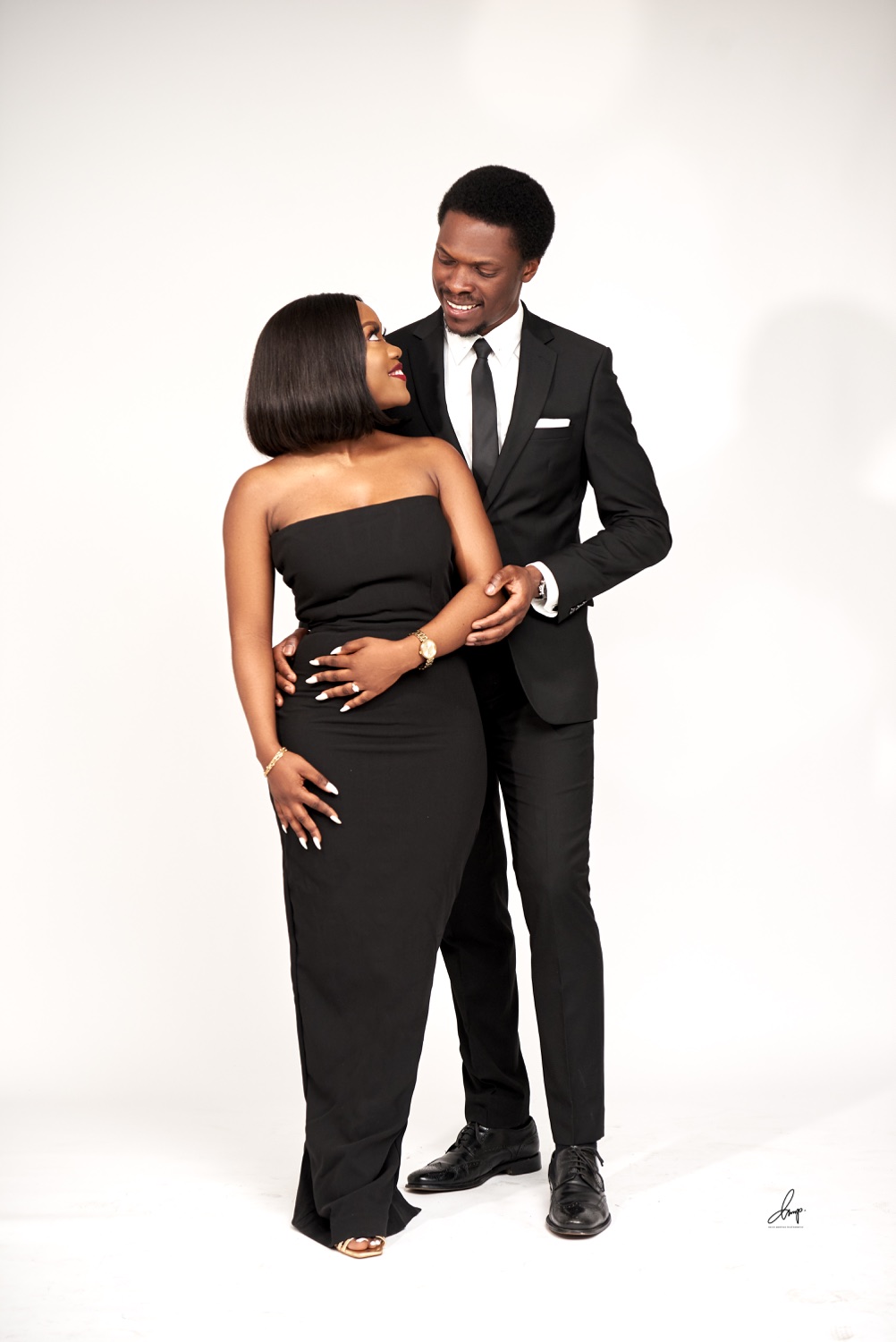 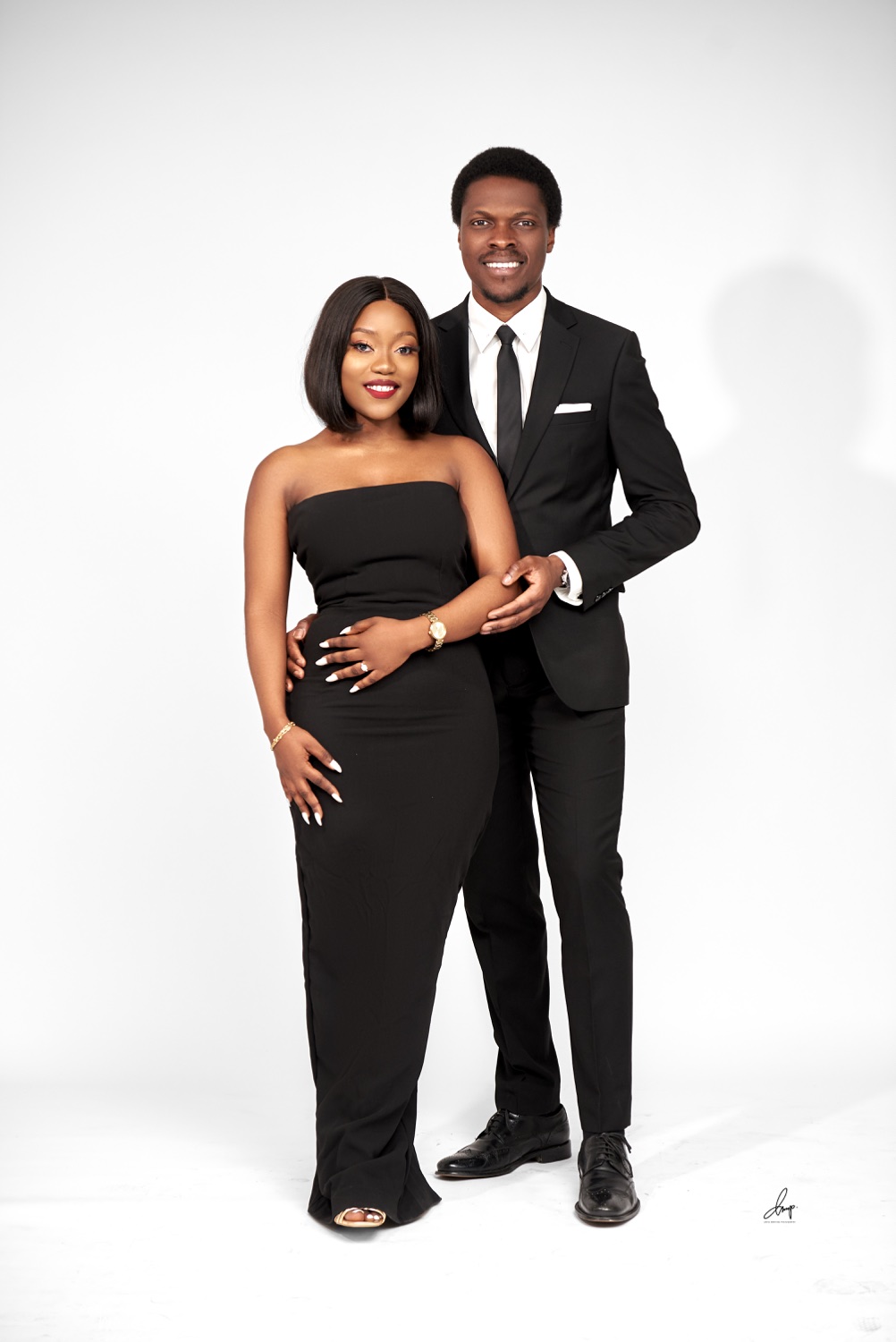 Here’s how Debola recalls Ayo getting down on one knee to propose:

In December 2018 I went for his PhD graduation in the UK and Ayo had planned a getaway weekend in London. Later that day, he asked me to get dressed for our dinner reservation, when we were about to leave, he told me I had smudged my makeup and I went into the bathroom to touch up, by the time I came out the man I love was on his knees and he asked me to marry him! 😍. 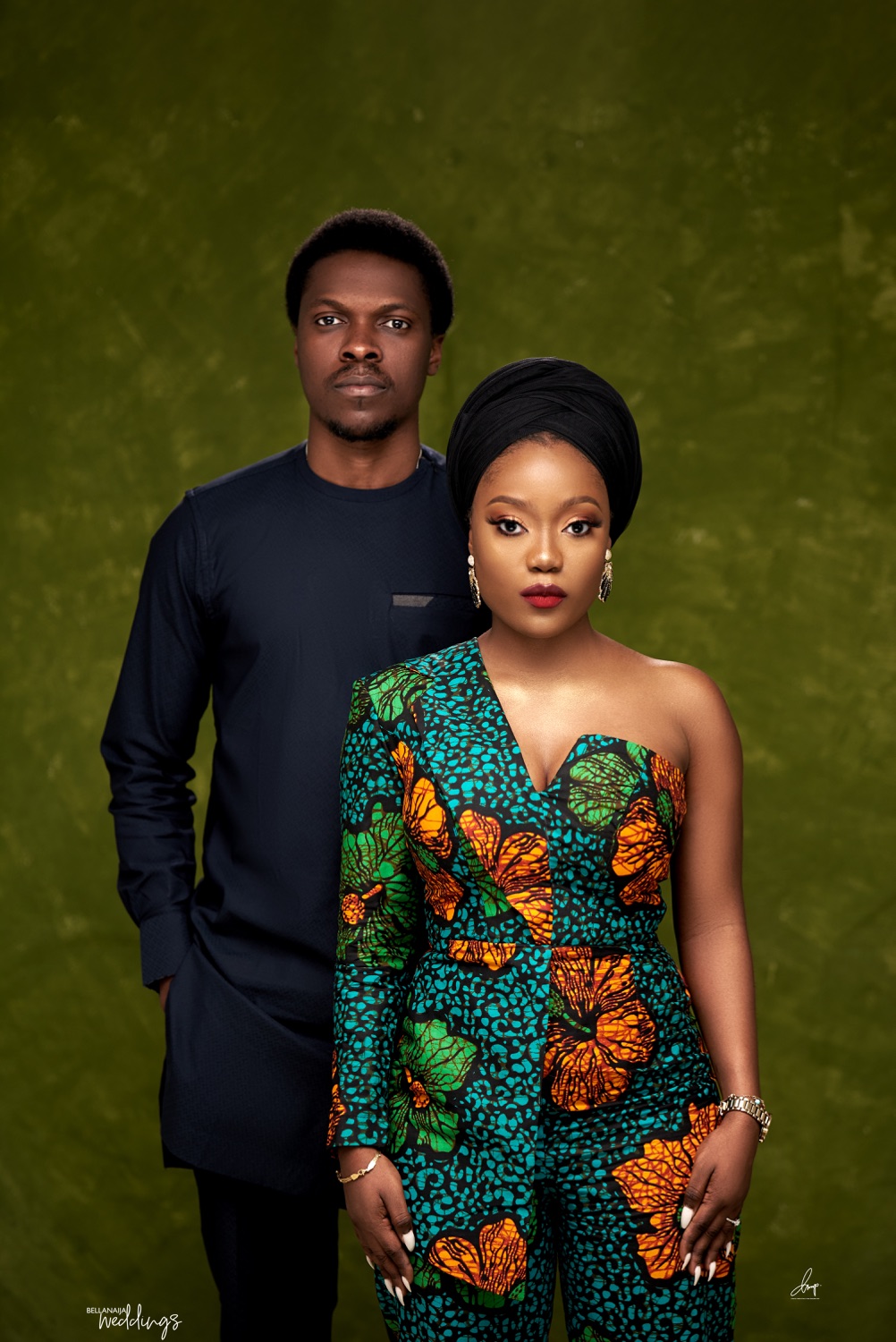 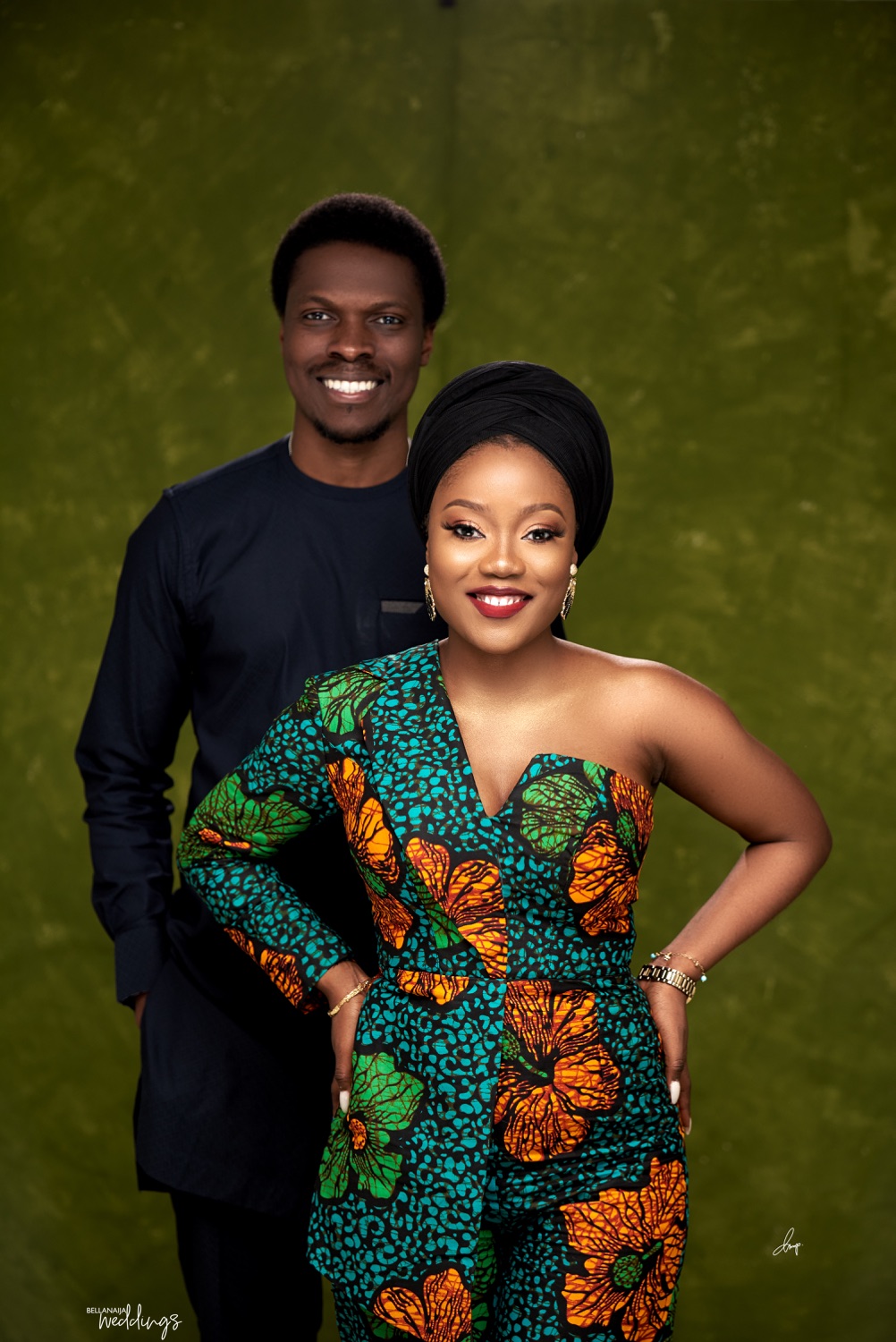 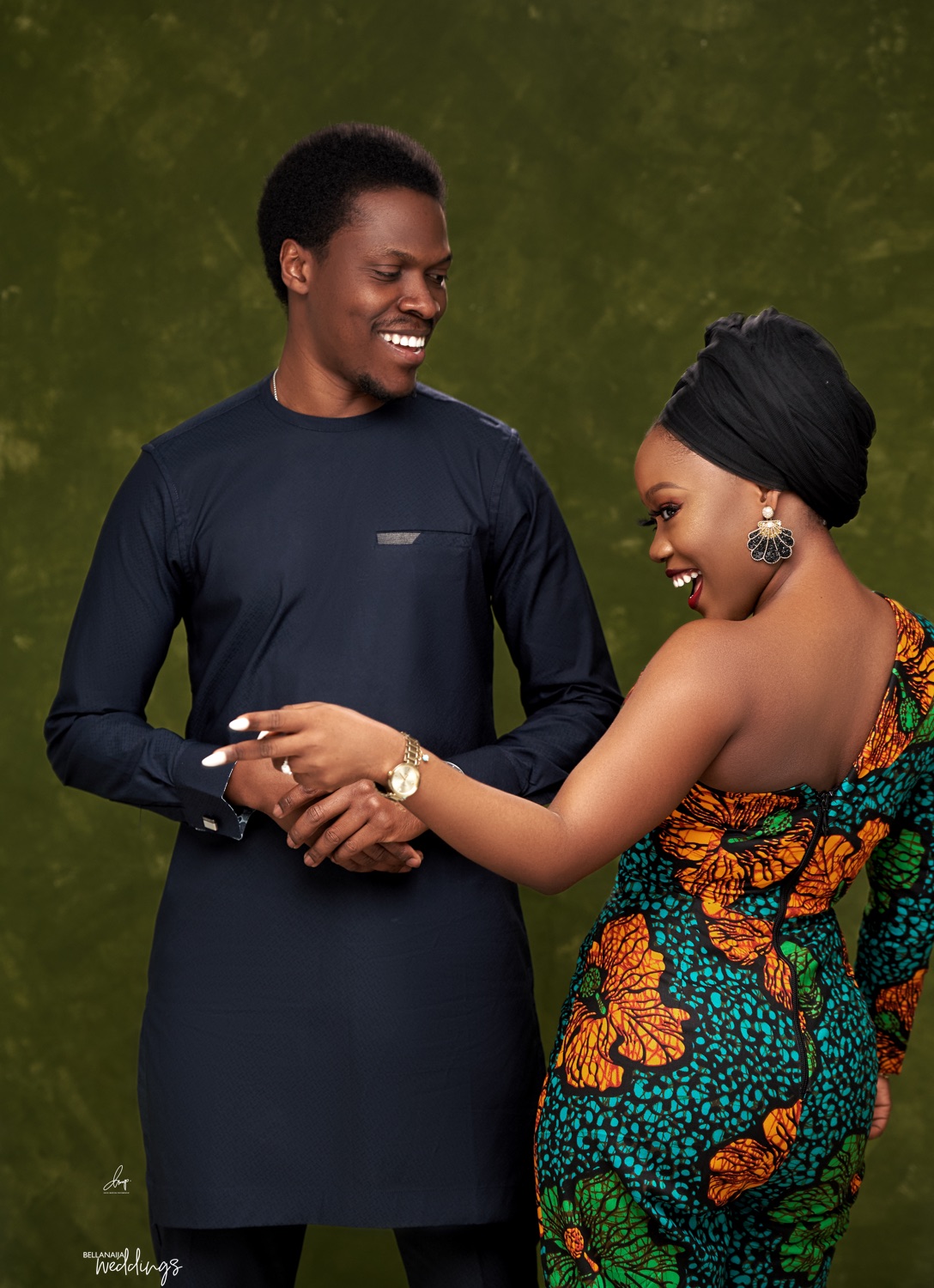 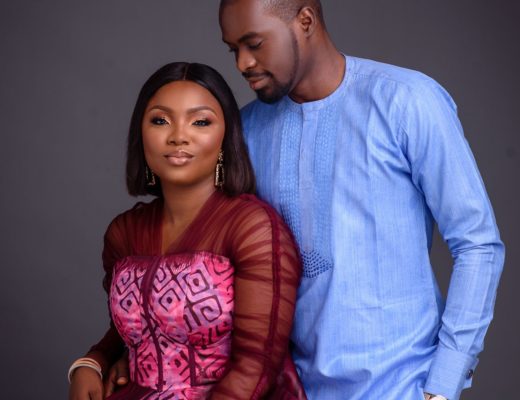 The #DFabunion Pre-wedding Shoot + Love Story will have you Smiling 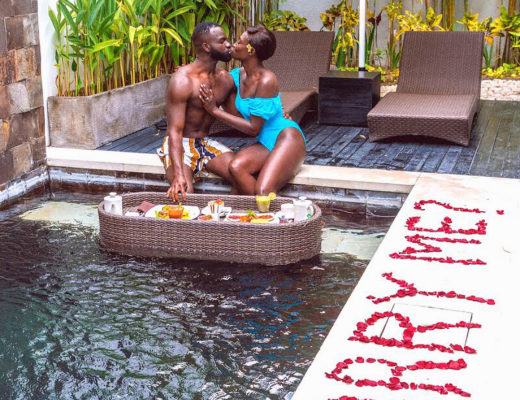 A Sweet Proposal with Baecation Goals in Bali! 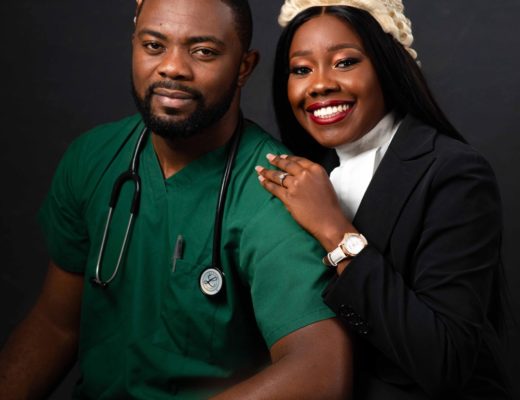