All Thanks to a Mutual Friend, Funto & Dapo Are Now Set for Their Forever Journey 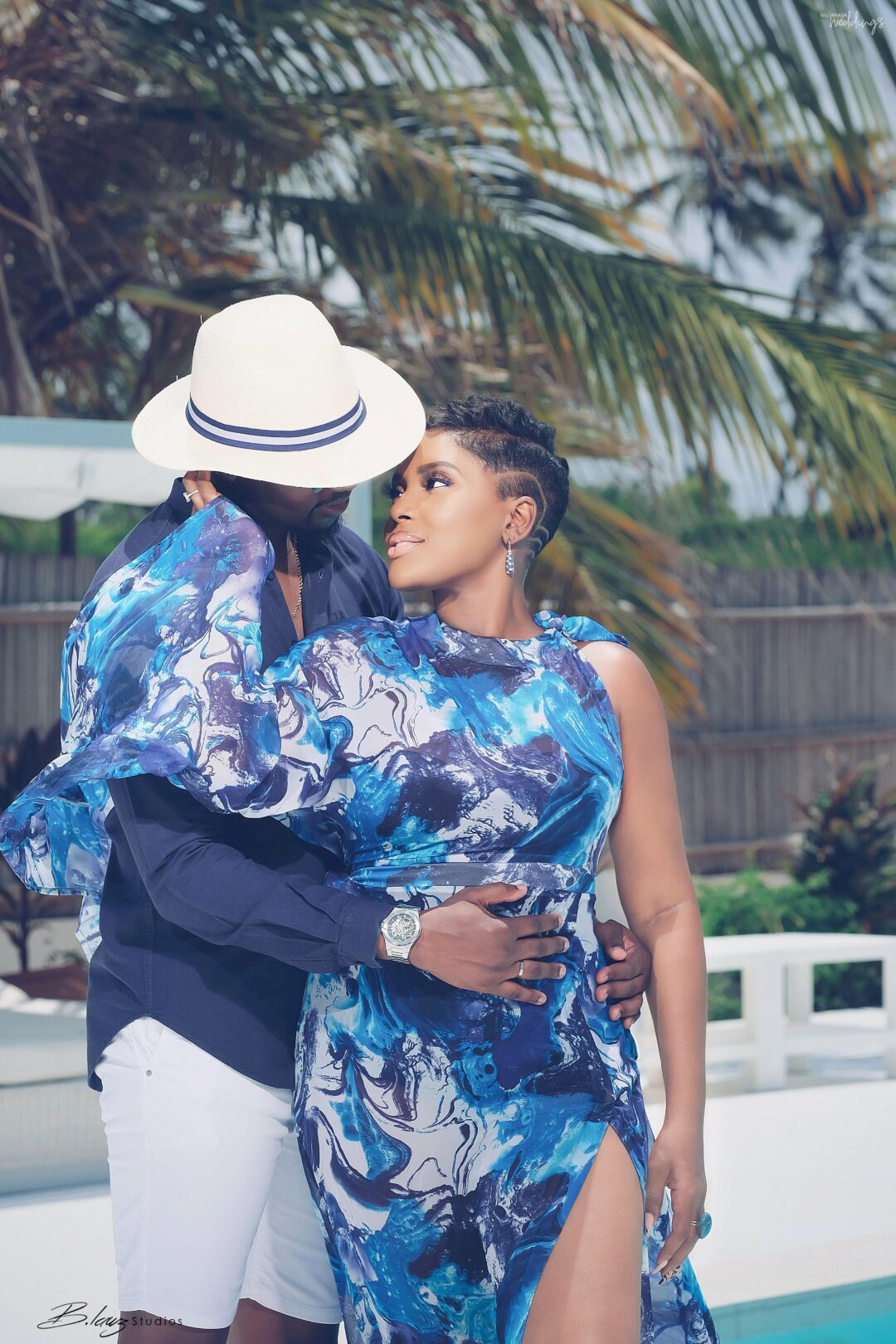 Every day we wake up, we make a little map in our heads on how it all should pan out. However, sometimes there are some things we don’t plan for – they just happen. No, we’re not talking about ill-fate. Now, guess again. Yes! We mean love! 🤭 Someone said love has a plan for everyone and we’re inclined to agree. Surely, Funto and Dapo share our sentiments.

Funto and Dapo met over seven years ago at a wedding party. First, we should stop and give big shout-outs to all the friends having parties that bring people to their soulmates. 😅 Now, back to our sweet love story, this was not exactly the turning point as both parties were not looking at a relationship at that time. Well a couple of years down the line, things did change. Another indication that when love has a plan, it gets it done!

Now, we’re drooling over their pristine pre-wedding photos. From their chemistry to their style and oh! certainly worthy of mention is Funto’s lovely short hair. We absolutely love the baecation vibes that this shoot is giving us and we sure are rooting for the love birds.

Check out the full pre-wedding photos below and enjoy their love story the way Funto tells it. 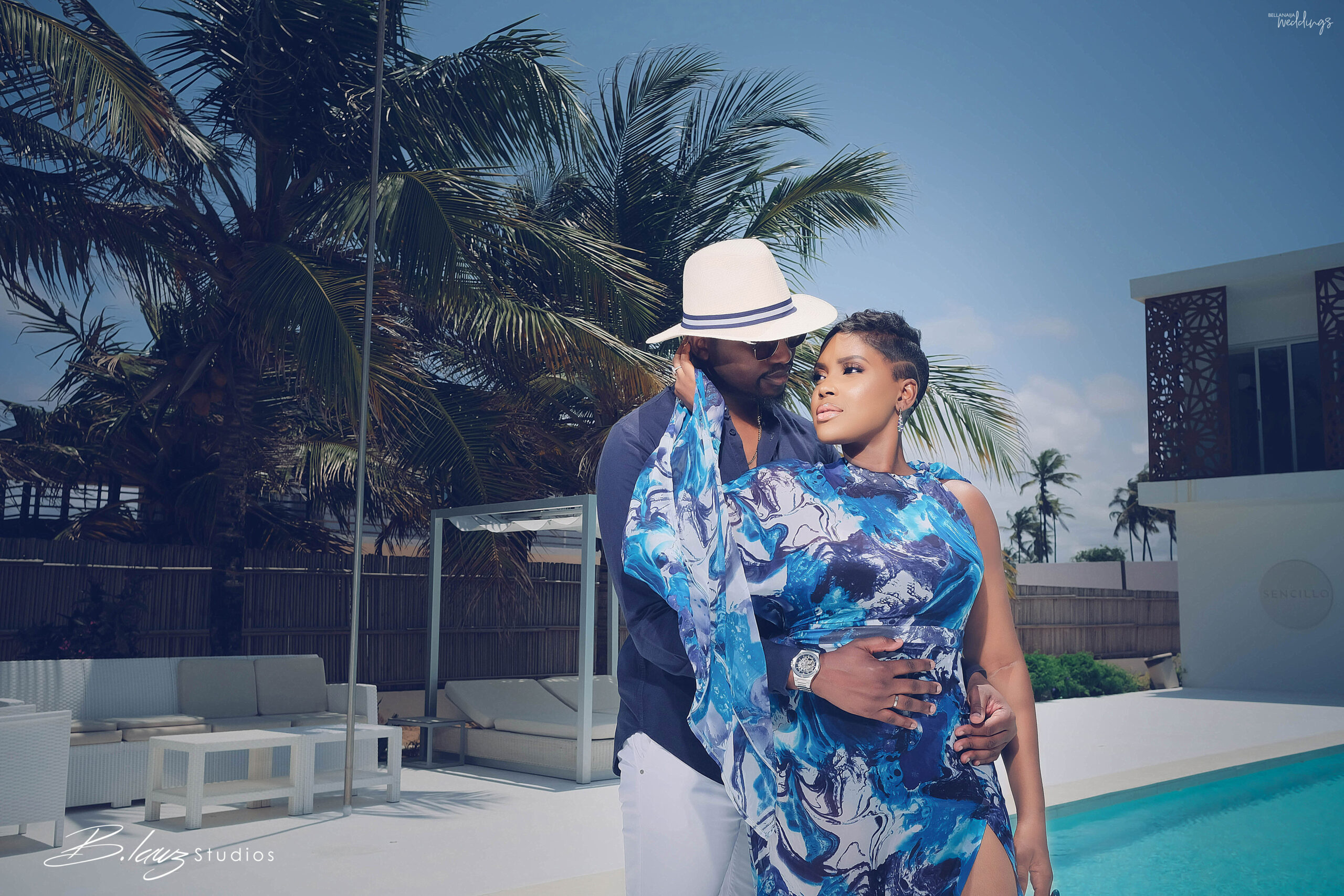 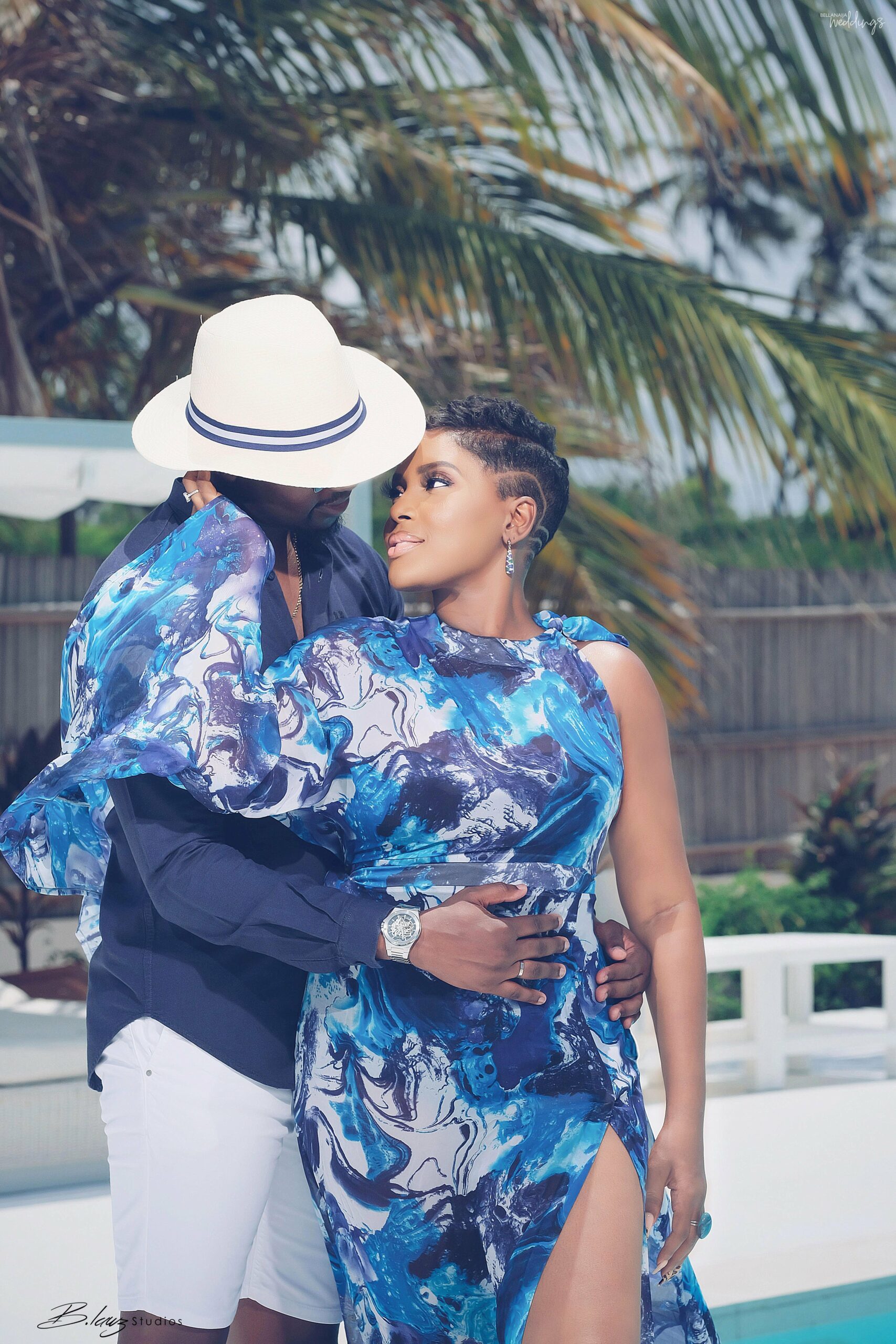 Their love story according to Funto:

Dapo and I first met in Lagos in 2013. A friend had invited me for a wedding a bunch of them were attending, and he drove us to the venue. Although we didn’t speak on the day, most likely because we were both in relationships, we didn’t see each other again until about 2 years later.

2014 came, we were both living in the U.K. (different cities), I was single and he had just gotten out of a relationship, the same friend who invited me for the wedding in 2013 and another mutual friend tried setting us up. We both weren’t interested in a relationship at that point in time, and it felt more like a rebound situation to us also. 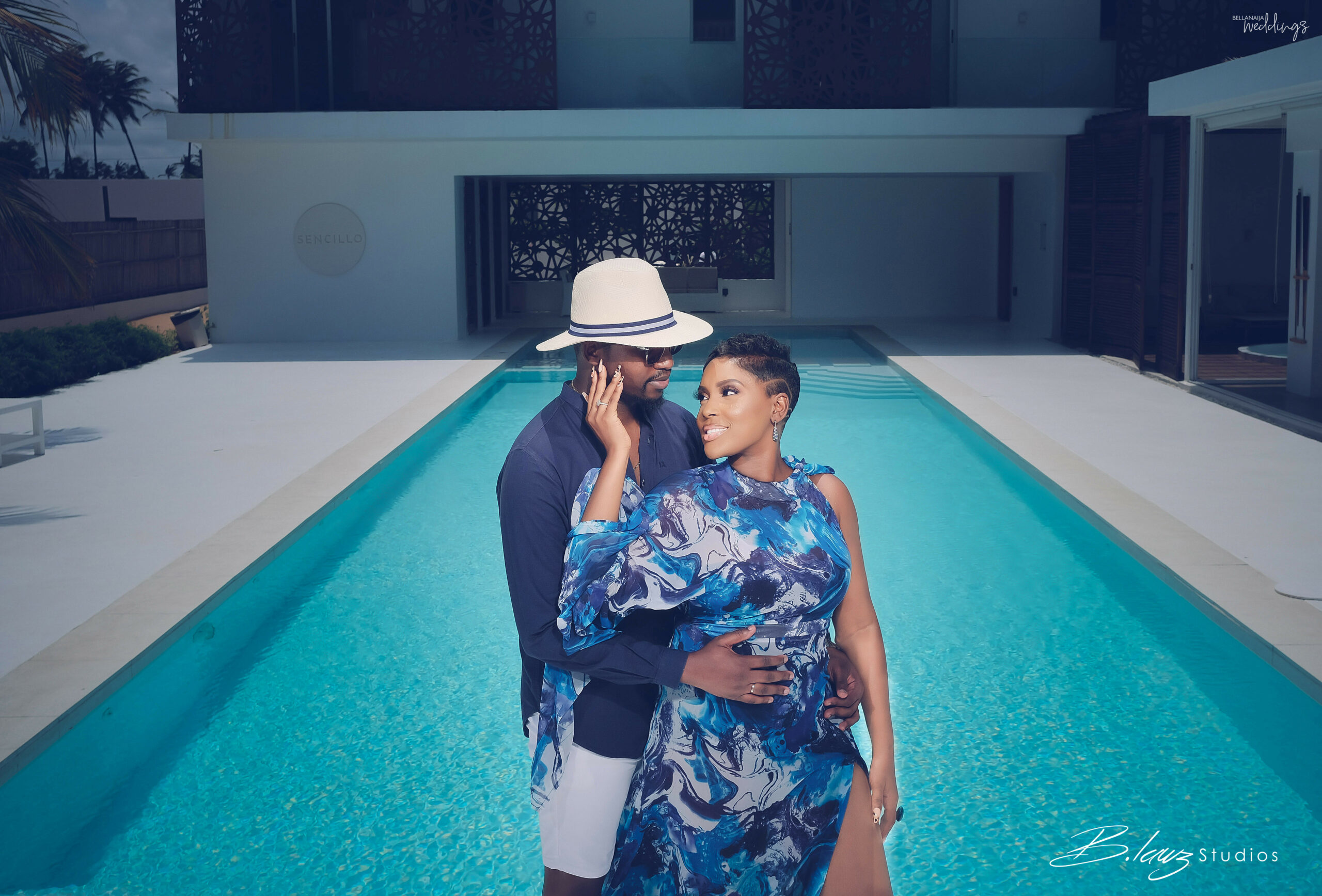 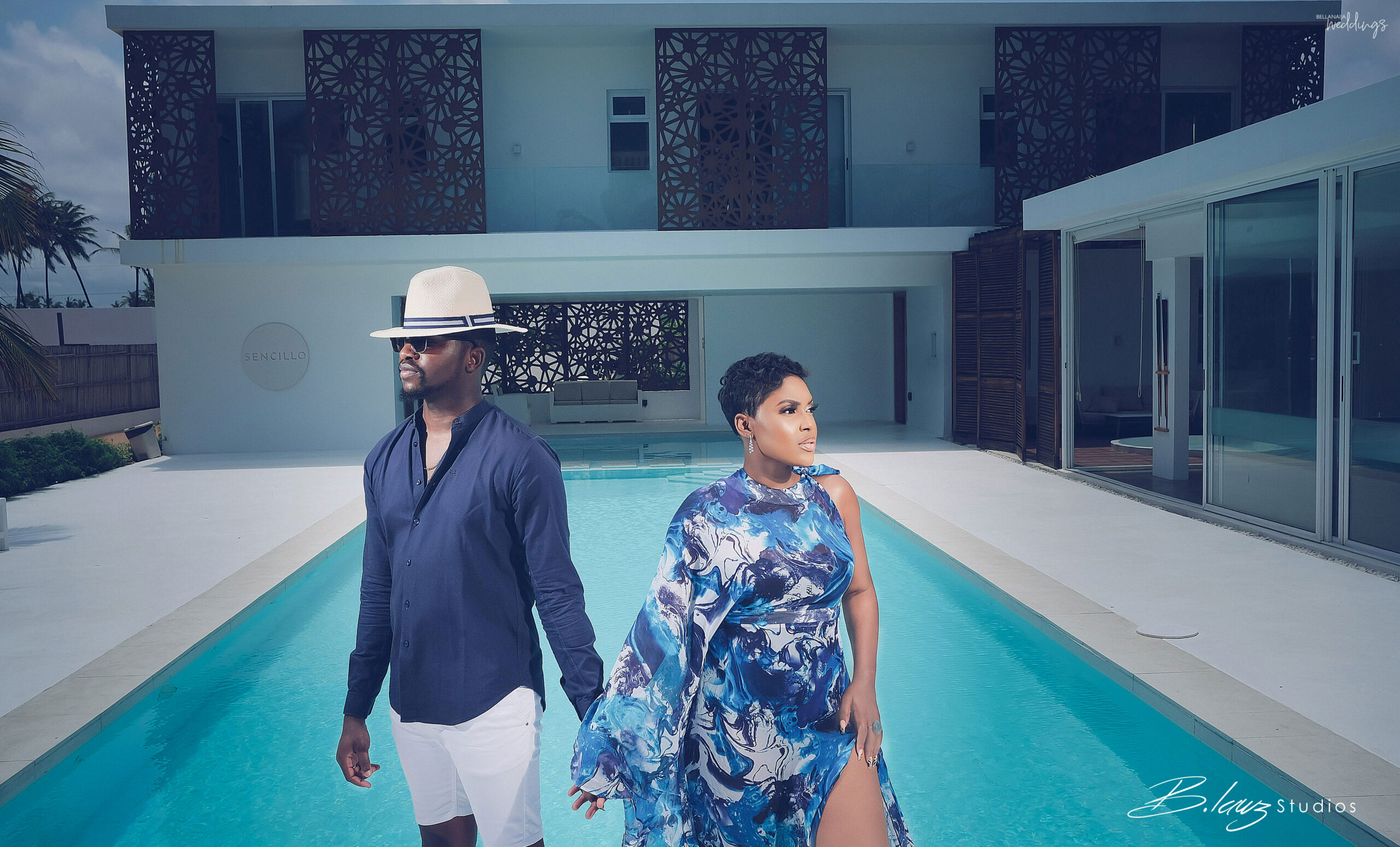 In 2015, we met each other again at a birthday party, we both had forgotten that we ever met in 2013. We had small talk & exchanged numbers, though we didn’t speak until a week later. We began texting & speaking every now & then as we remained friends and he would come by to see me every now & then, or we would hang out.

I had this rule that I wasn’t going to just introduce any guy to my family, except it was something serious. So anytime he came to see me, he would literally be parked outside my house. 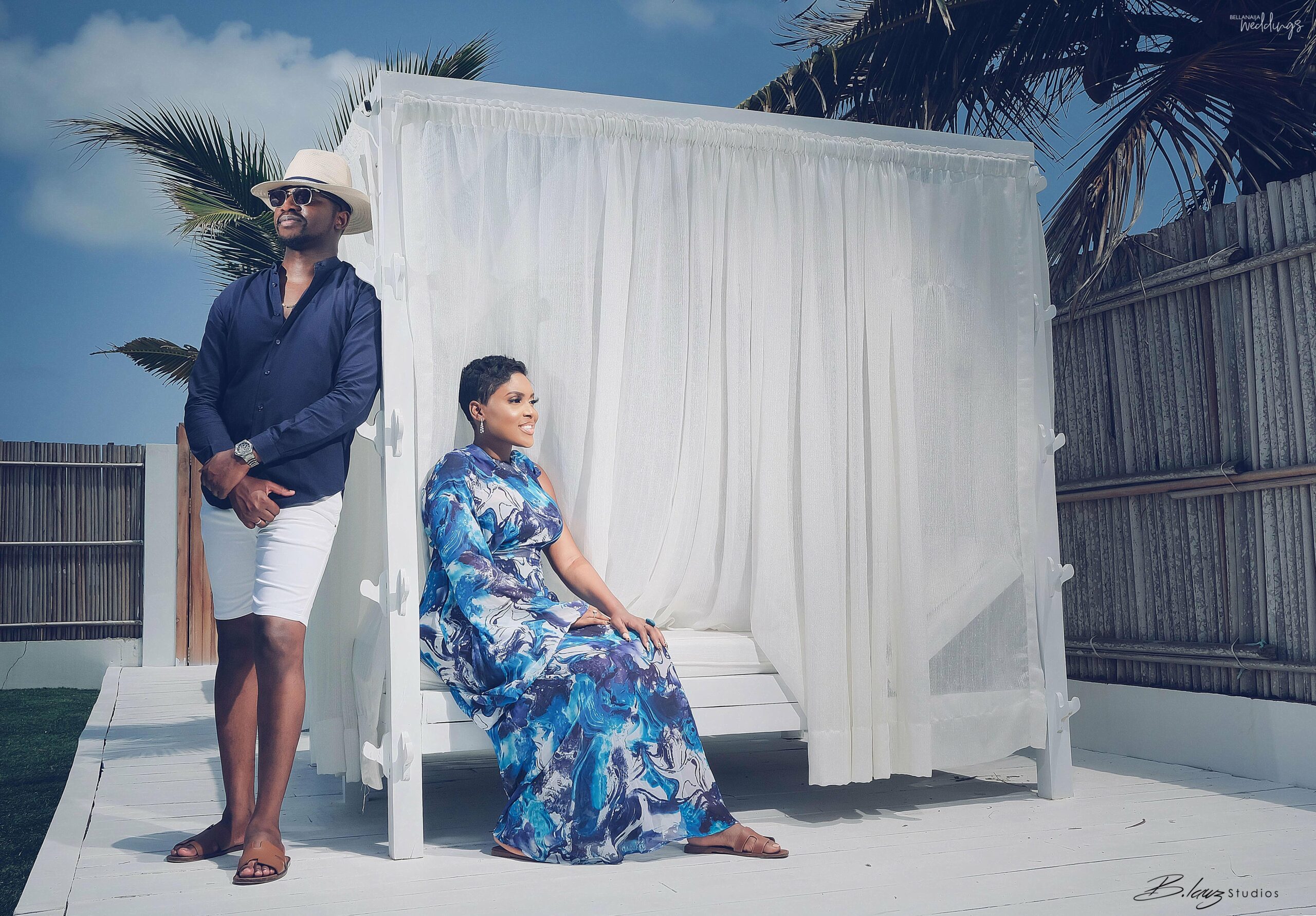 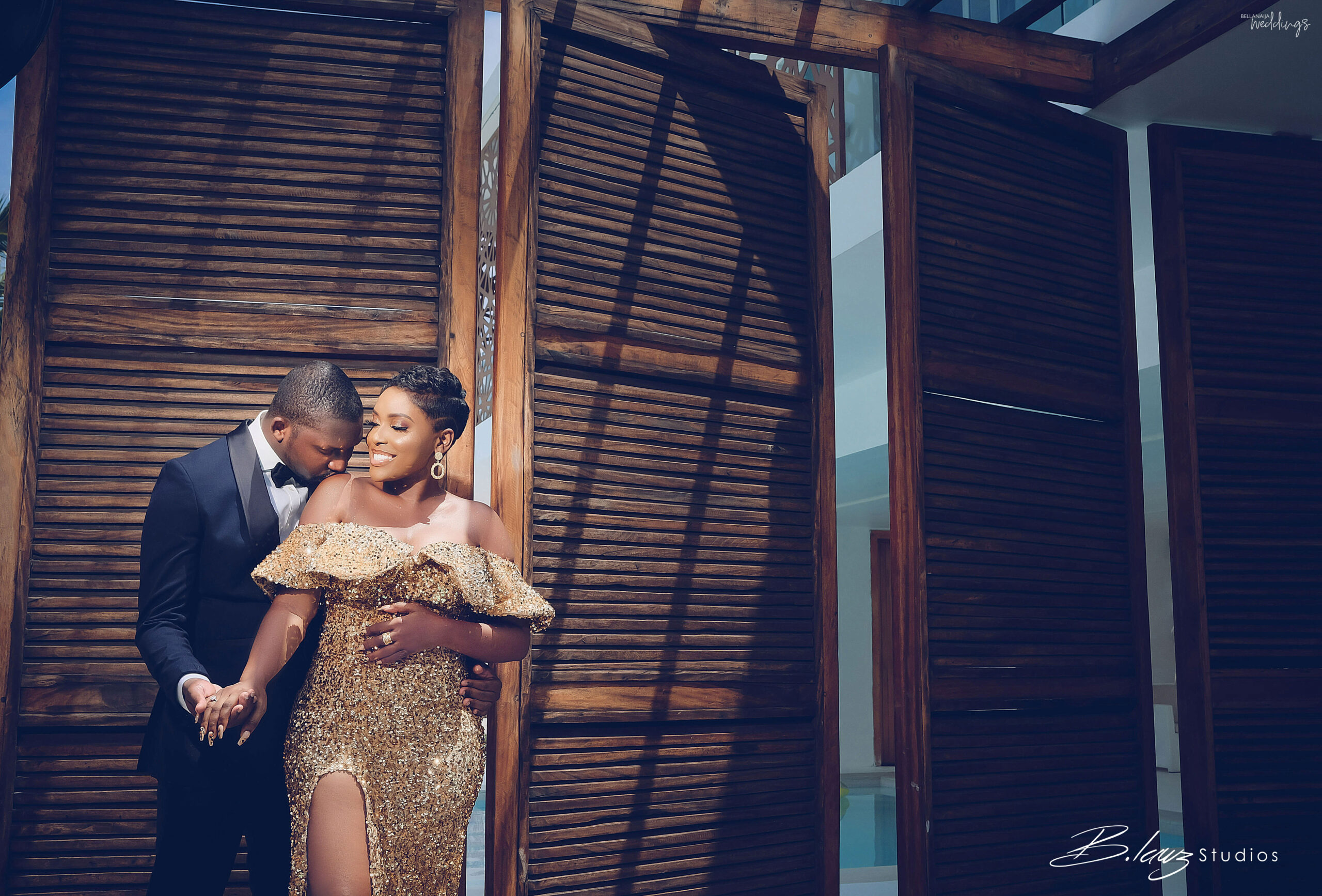 On one of the days, he showed up and parked outside as I was getting home with my mom, and my mom goes “who is this guy that keeps showing up to see you and I haven’t met him?”  I went into the house and I came back out to see him and told him the comment she made and asked him not to park so close next time.

The next thing he’s like he would like to meet her, I was like nooo. Months later, I found out he had gone to my mom’s office to introduce himself as the guy that’s always parked outside my house 😭🤣 and to properly introduce himself, name & all. 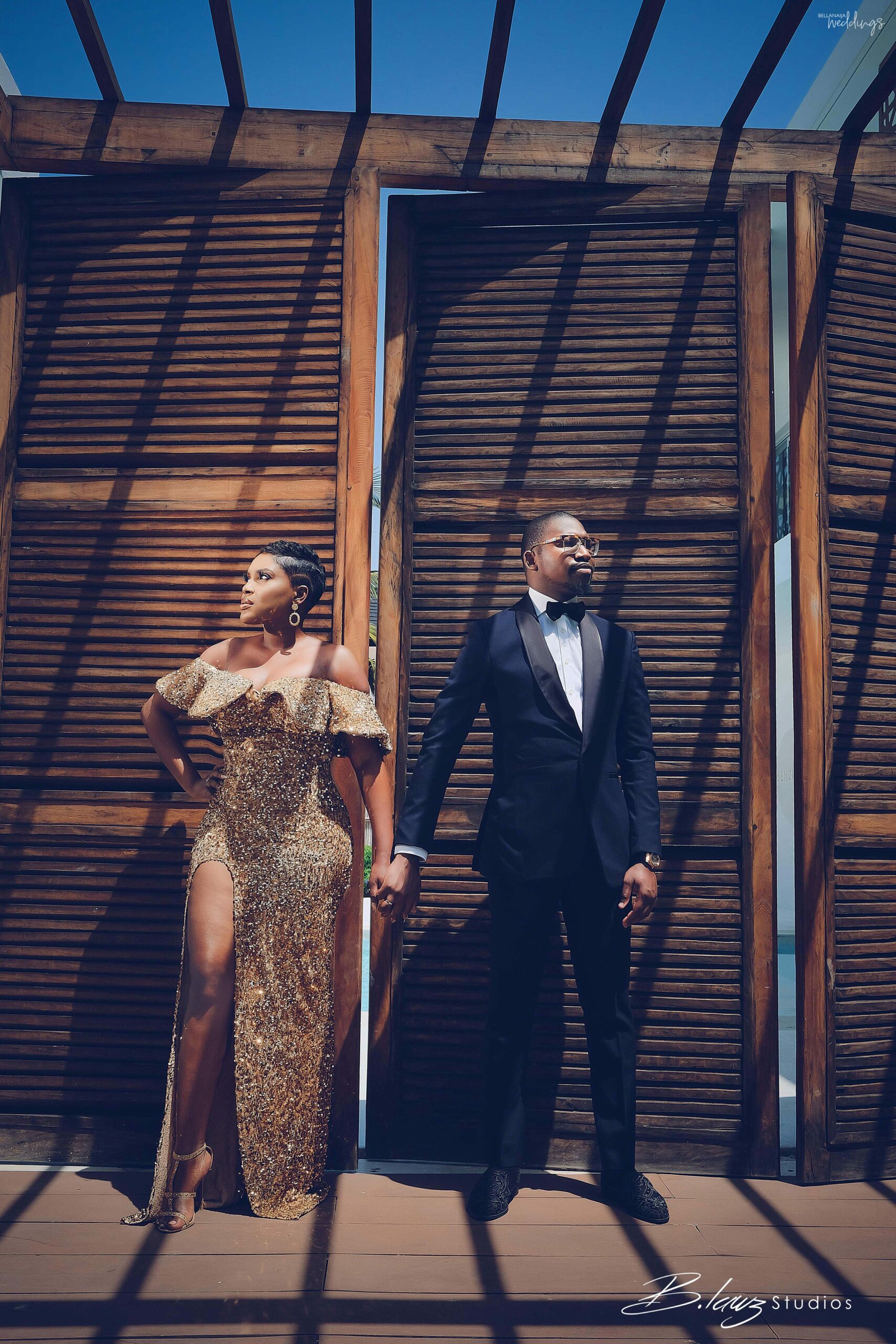 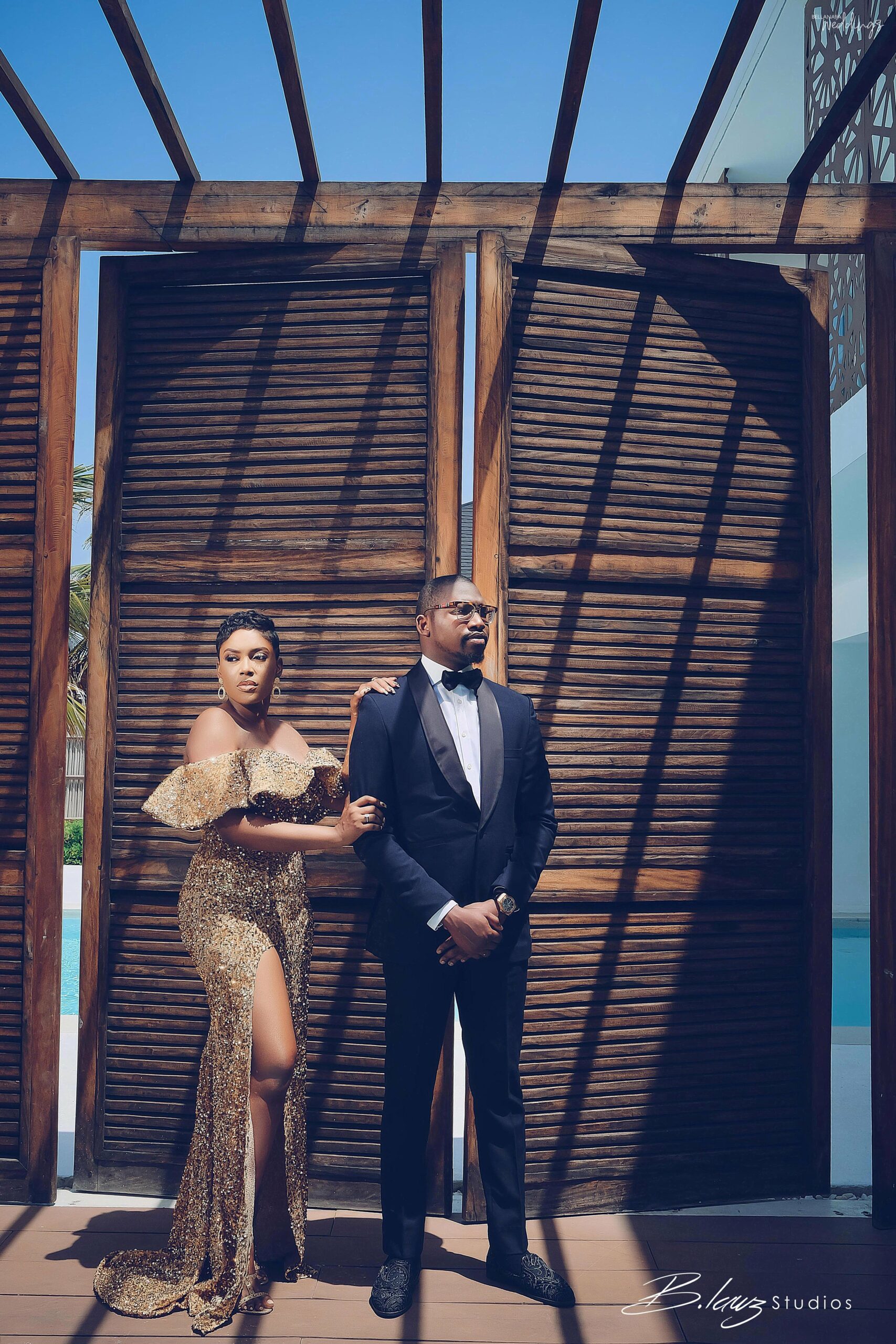 That move and other things especially his love for family, made me realise his intentionality about wanting to be with me. We officially became an item in June 2016 and well we have had a long journey, with different moments of us circling back to each other and we are so grateful to God we get to do this thing called life with each other. 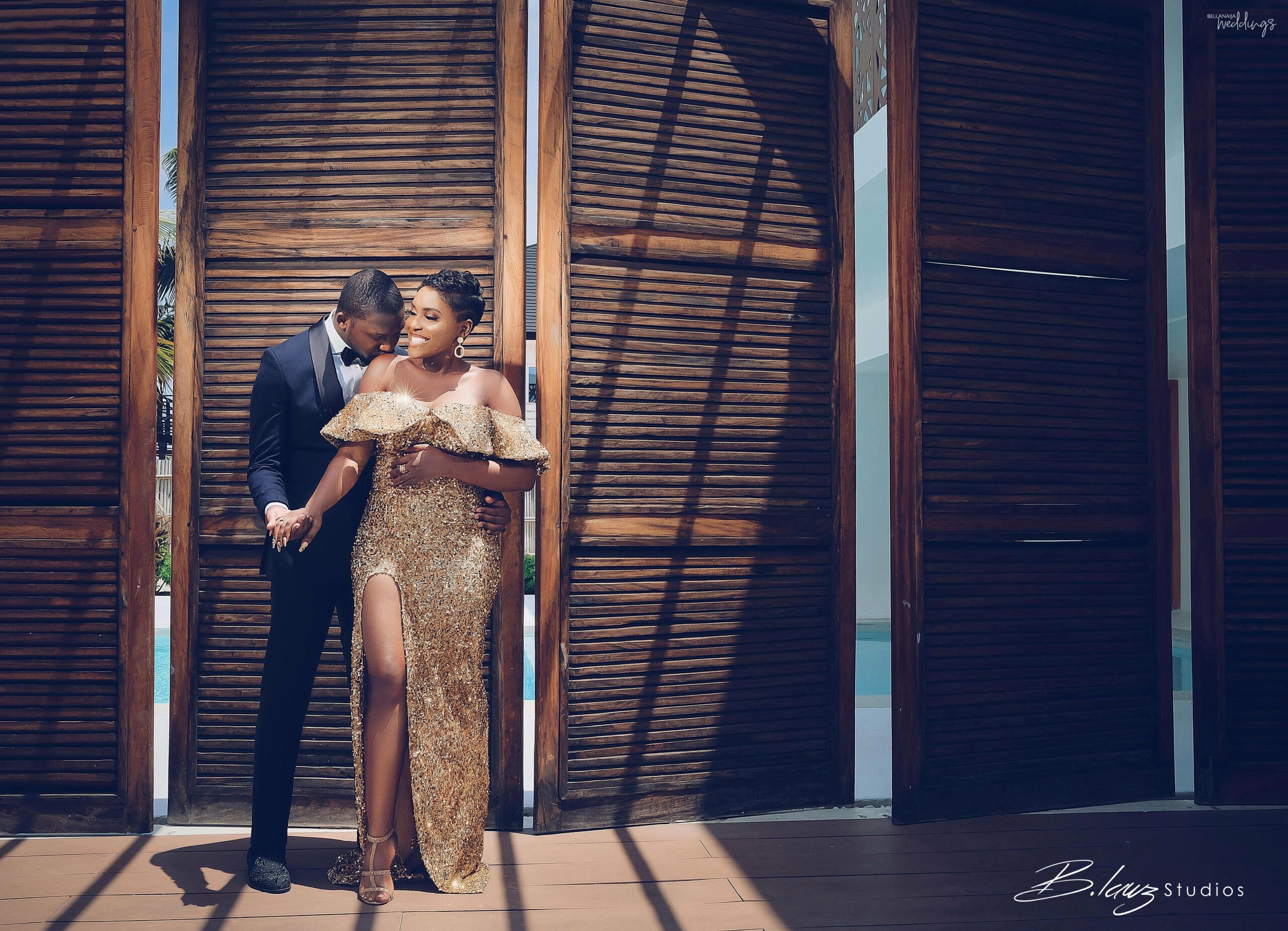 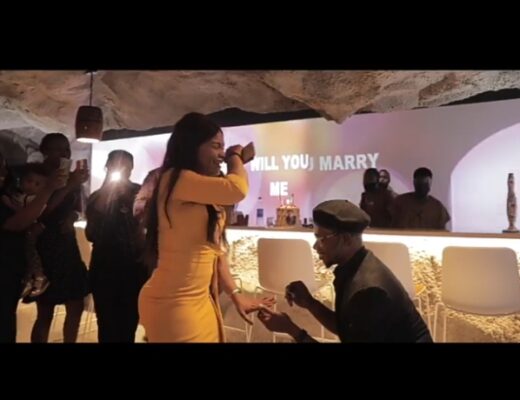 This Super Sweet Surprise Proposal Video Will Make Your Day! 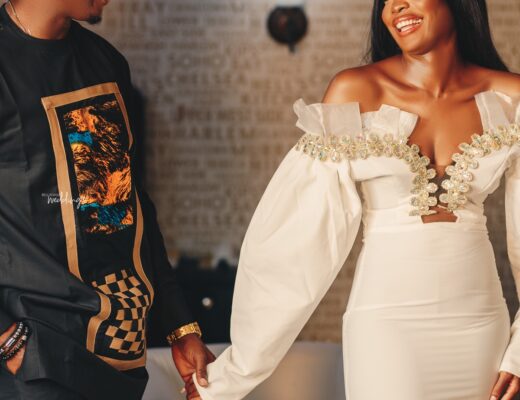 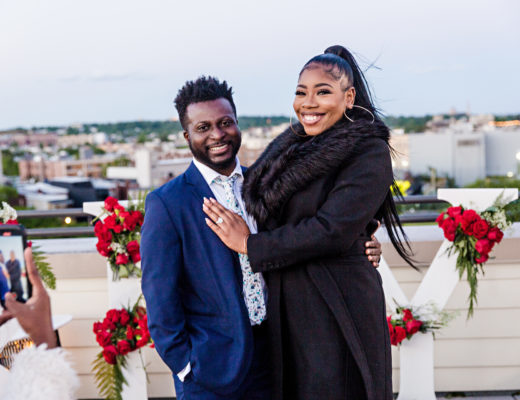 Some Flowers, Some Love & Some Music! You Have to See Tolu & Femi’s Rooftop Proposal