Mayowa & Adebola had an Undeniable Chemistry and Now the #ForeverAndAde2k19 Pre-wedding? 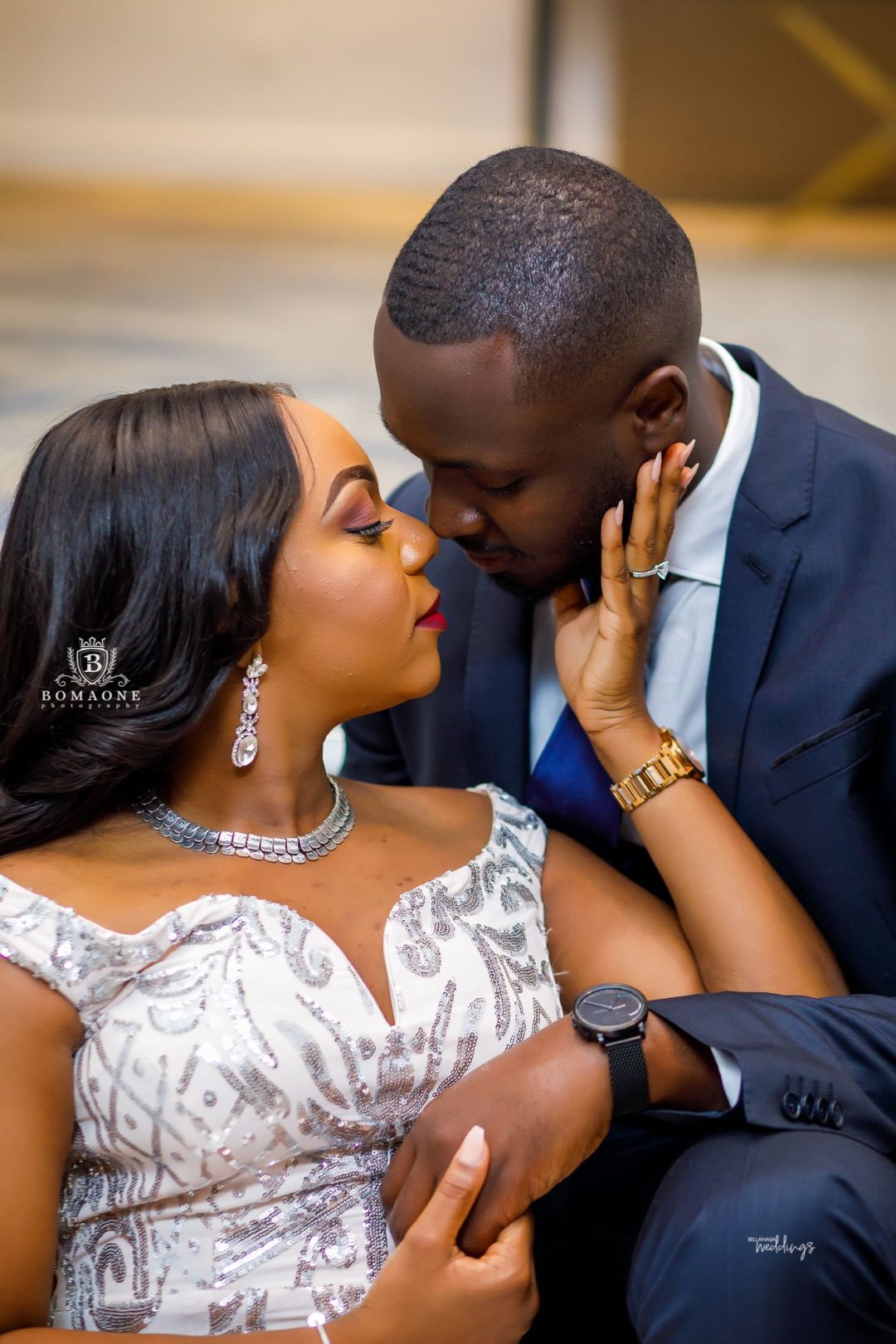 That’s the song, Mayowa and Adebola‘s love story put on our mind as we read their beautiful story. From meeting when the bride-to-be, Mayowa just started college to a mutual friend saying she wasn’t single and Adebola randomly texting her out of the blue one day. The couple really has come a long way and now they are happily looking forward to the  #ForeverAndAde2k19 wedding.

Honestly, their love story is so sweet. You know how the bride and groom’s version is always different, well, they still don’t agree on every event but gladly they both share their side of the story and you read all about it below. You can also catch up with other pre-wedding features here. 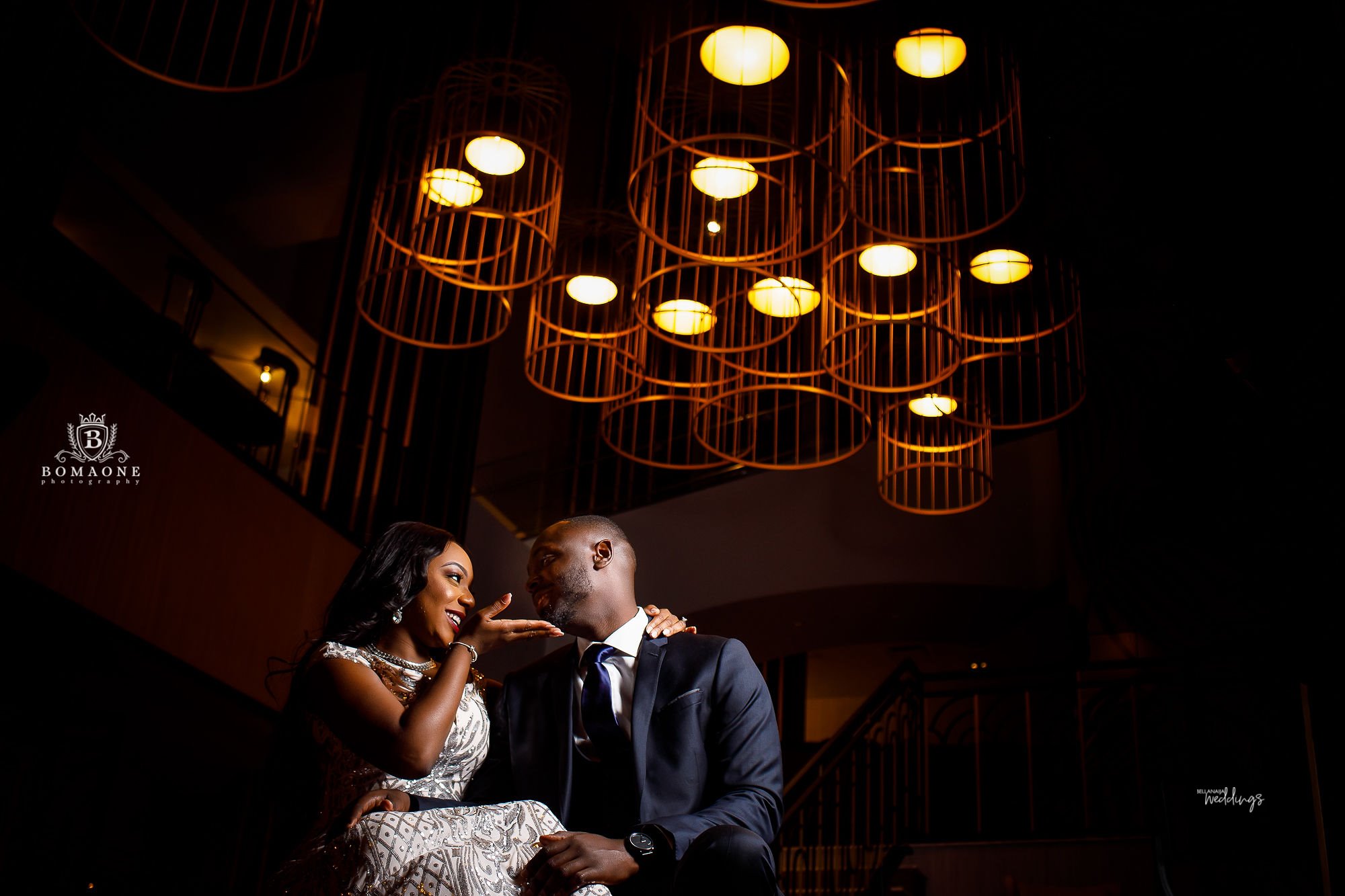 Here’s how Mayowa recalls their story:

My version is an honest and sincere story. So,  I have known Debola since 2009/2010 (He denies this but it’s okay). We met at church. I had just started college at the time but whenever I came back home on major holidays, we would see each other. It was a “hi-bye” type of friendship even though till date he claims he wouldn’t call that friendship. Things continued this way until December 2013 when we hosted the church’s Christmas party together. That was when we got each other’s phone numbers. After the event, it was bye as usual. Unknown to me, right after this, he had approached Michael, a mutual friend asking him if I was single and Michael told him I wasn’t. Y’all I was single! See how Michael tried to block my blessings? Lol. 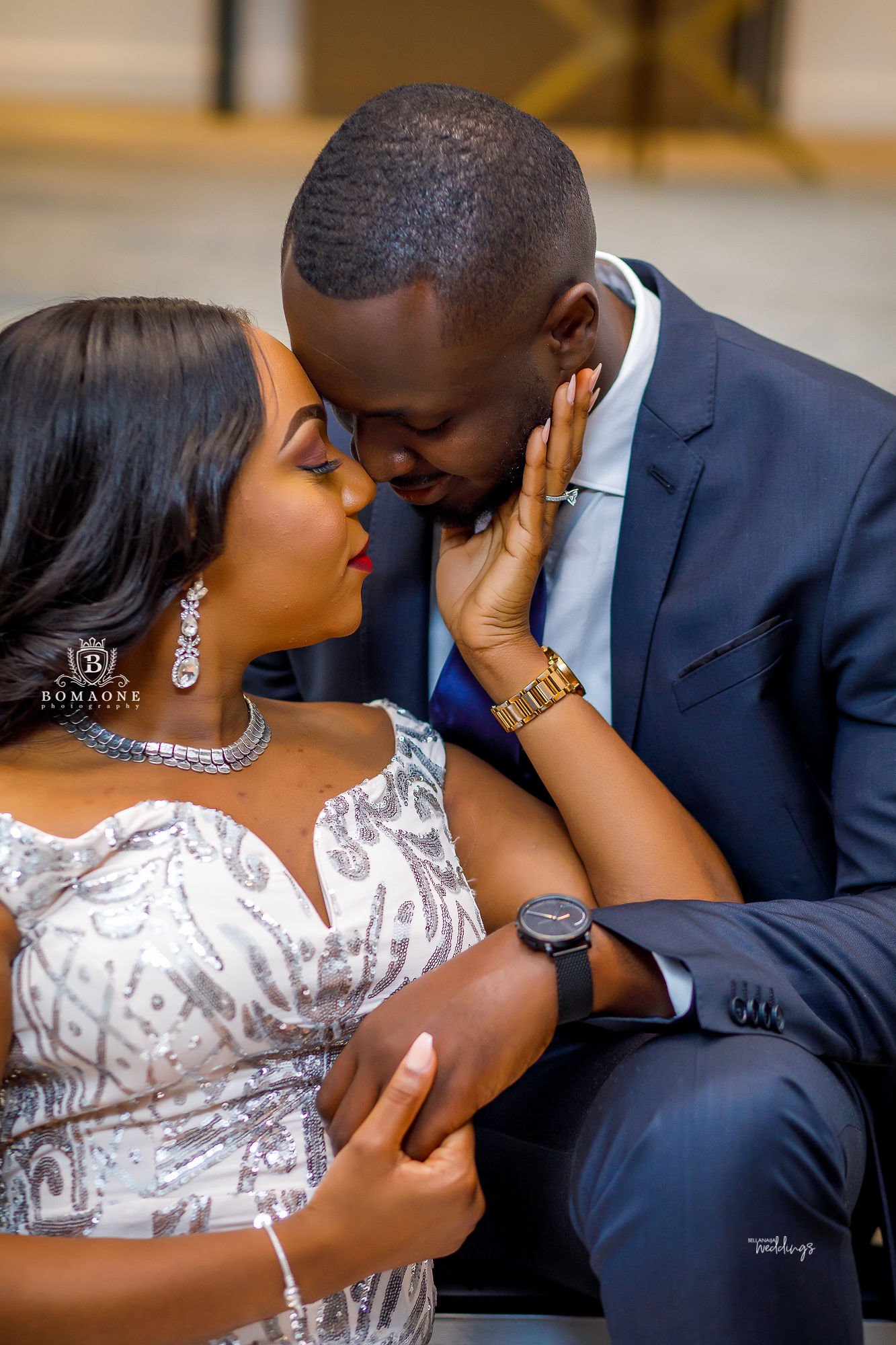 November 26, 2014, Debola texted me out of the blues. I remember the date because it was right before Thanksgiving that year. In his message, he asked me to come to church that evening to help him clean and get the sanctuary ready for the event the youths were having that week. I was taken aback for a moment like why does this boy want to be at church with me, alone, cleaning?! I eventually told him no because I was braiding my hair which was the gospel truth. Normally, that would or should end the conversation but it didn’t, he replied: “Oh what are you doing to your hair?” Again another weird question given our relationship at the time but I responded anyway. I told him I was doing single braids. He proceeded to tell me how much he loved braids and couldn’t wait to see how it turned out. At this point, I was laughing out loud. 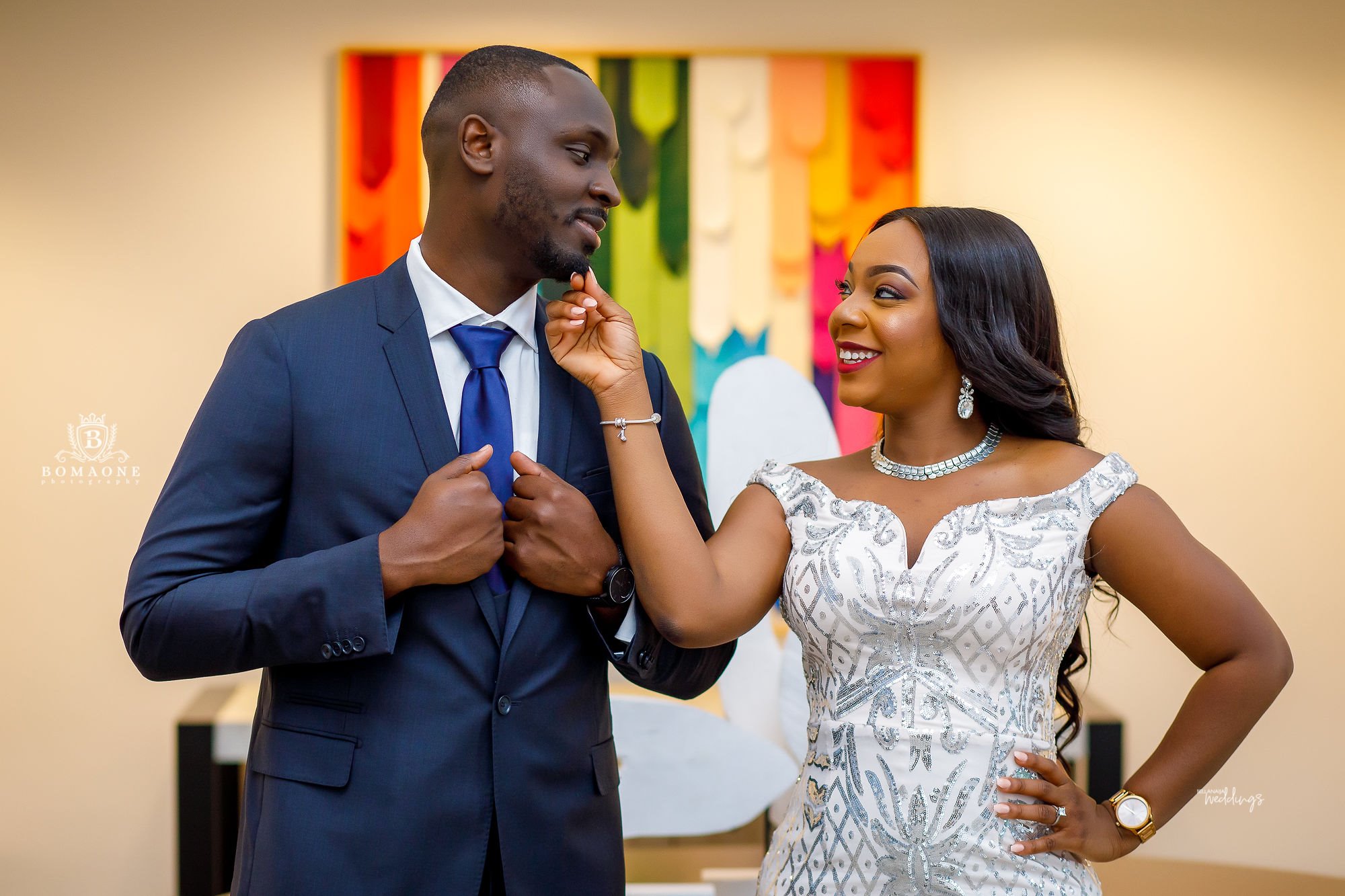 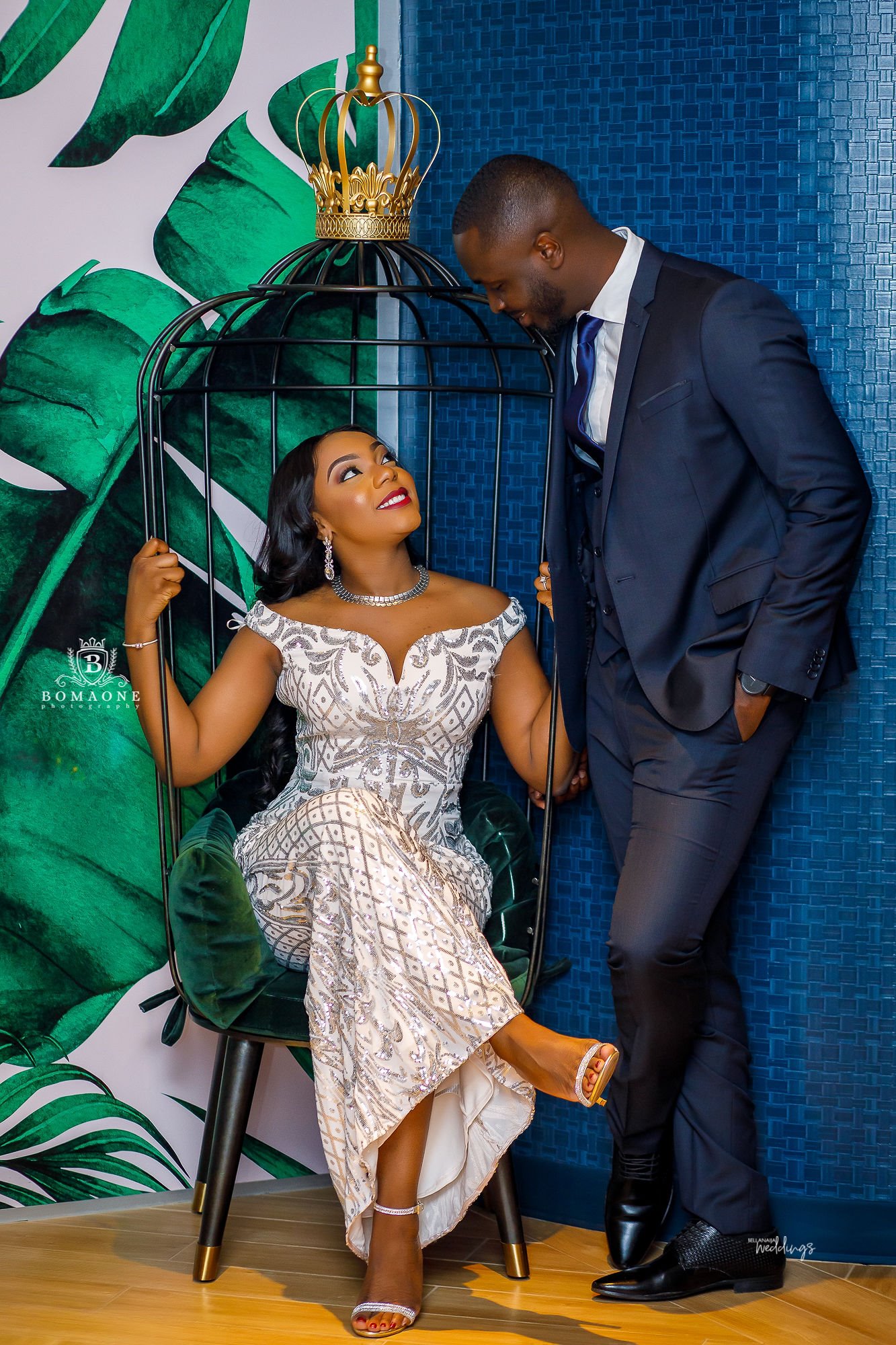 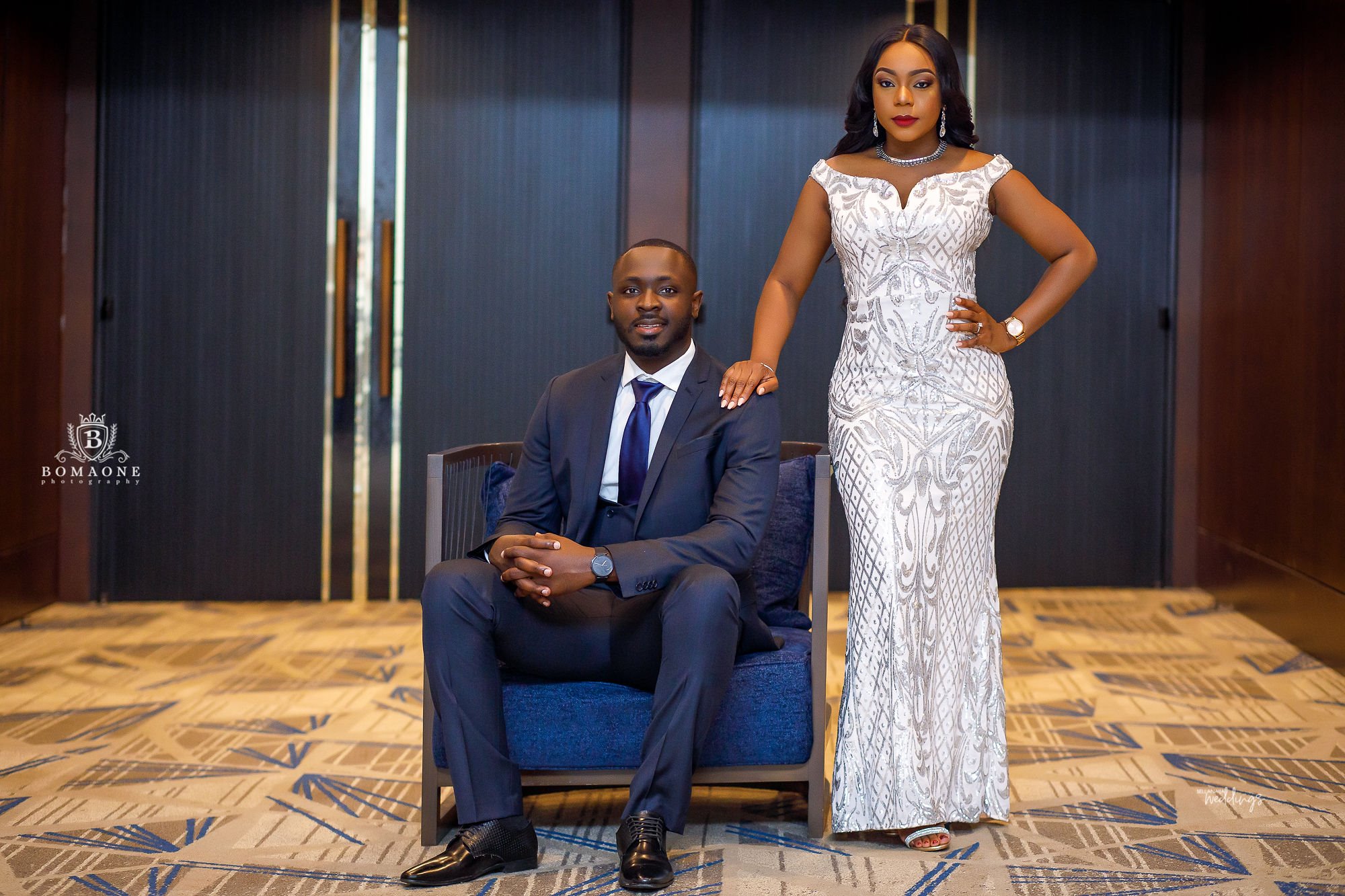 We have texted every single day since that day. It was a platonic friendship for a little over a year before we decided to make things official. I think our mutual friends (especially at church) were furious that it took that long for us to realize it but we thank God and here we are today. He is my best friend, prayer partner, leader and confidant all wrapped into one tall, dark and handsome man. He just gets me and I cannot imagine doing life without him. He is patient, kind, loving and inspires me daily to be the better version of myself. He makes me very happy and secure. I tell people all the time when I count my blessings, I count him twice. It’s funny how God blesses you when you least expect it! Once He is at the centre, everything else falls into place beautifully. 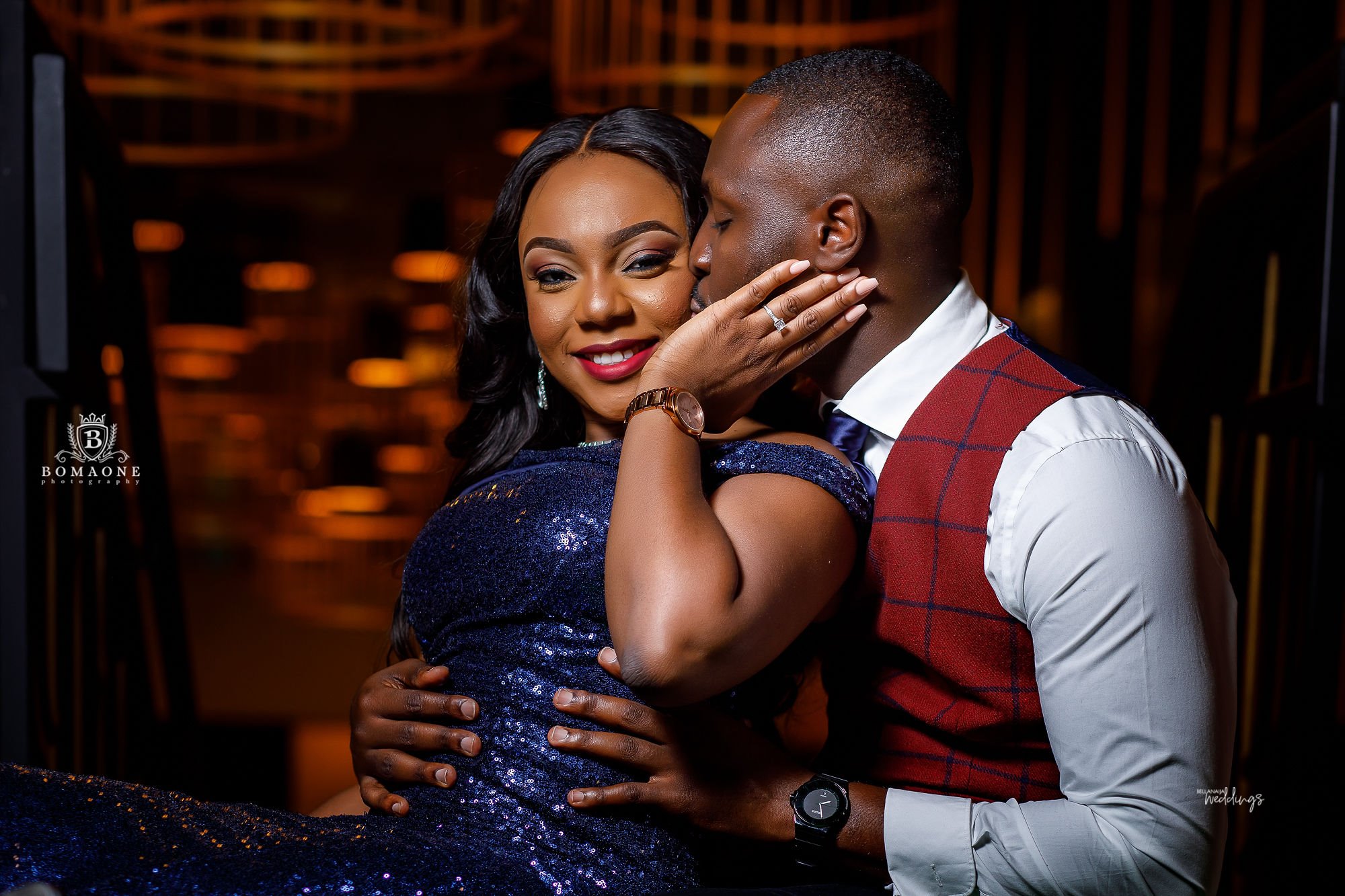 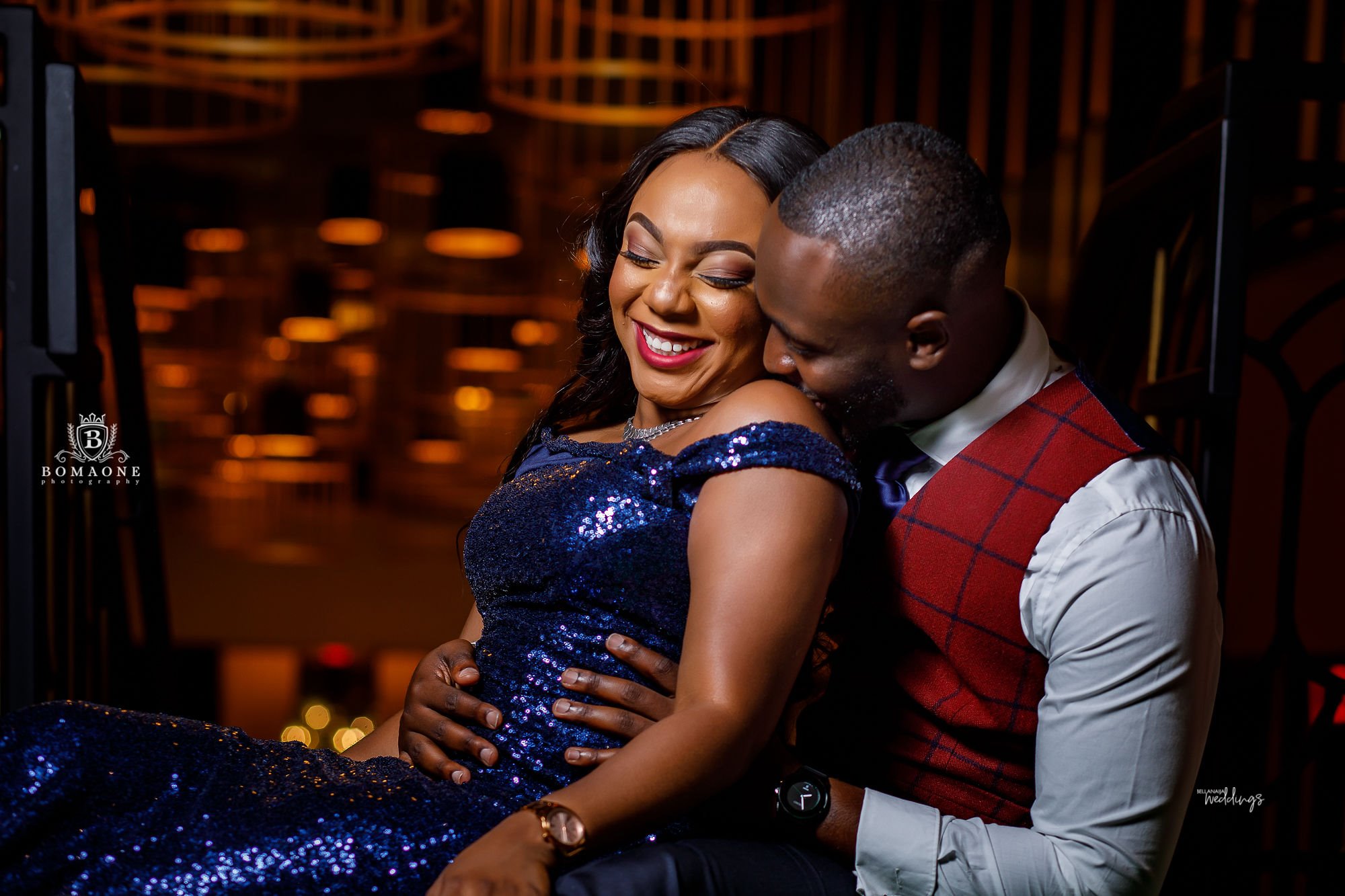 Here’s Adebola’s side of his story:

I met Mayowa officially during the winter break of 2013 when Michael (a mutual friend), Mayowa and I hosted the Christmas program at our church together. I started attending RCCG MT Zion in August 2009, but aside from some of the teenagers I mentored I didn’t know names, just faces. So, I say I met her officially in 2013 because that was my first real encounter with her and learnt her name. When we had the first rehearsal for the program, a group chat was created and that was how I got and saved her number. This was the first time I grasped Mayowa’s beauty, anyone who knows her knows she has this charisma about her. 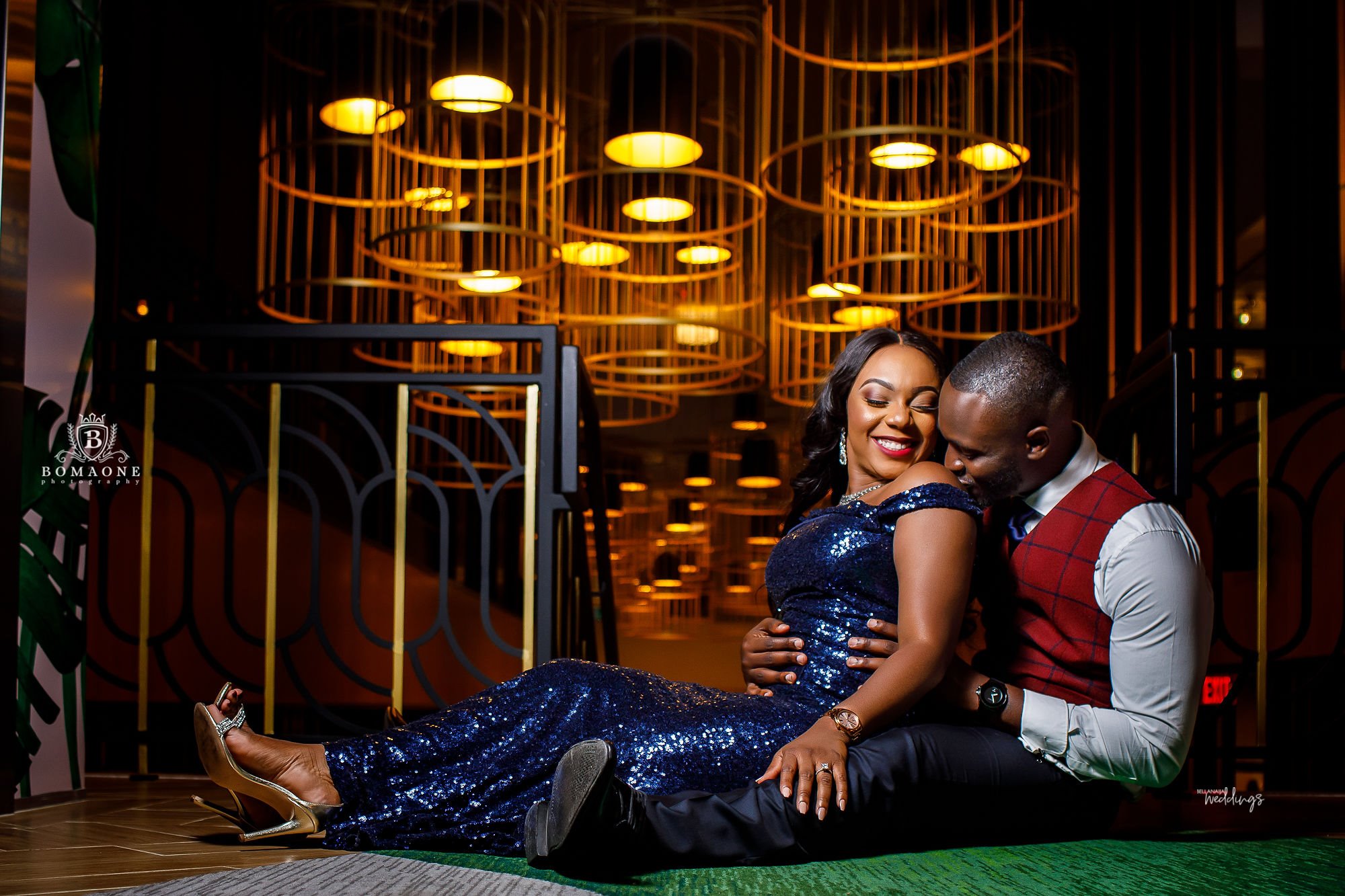 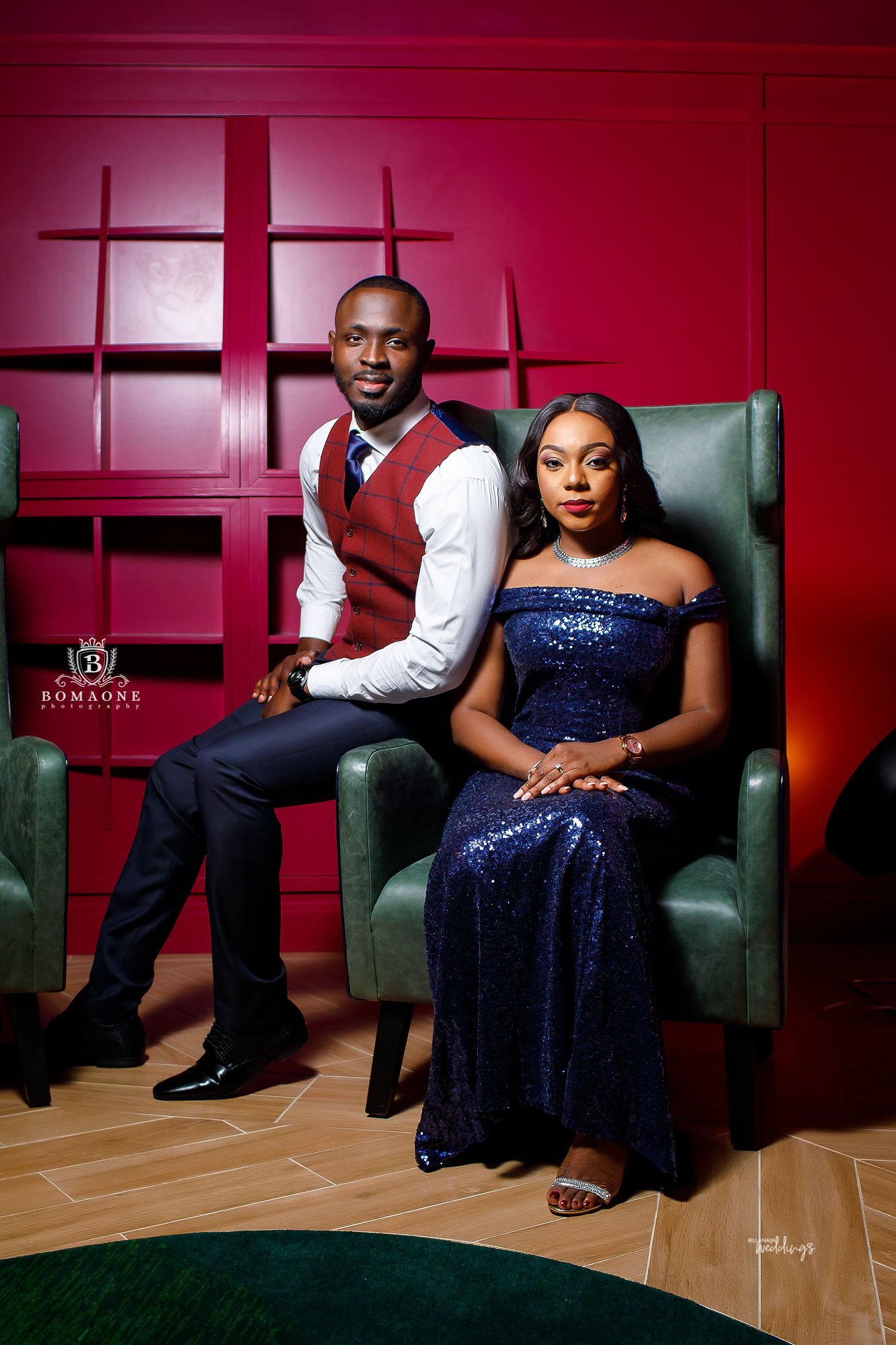 The pretty face, charming personality and witty character. All were appealing to me. I don’t know how I had been attending the church for that long and had been blinded the whole time. I am just glad God opened my eyes when He did. I remember I would jump into the random conversations she was having with Michael in an attempt to make an impression on her. For the program, we were asked not to be so scripted and that was my niche, improvisation. Every time I was on stage with her, I made jokes just to make her laugh. After the program was over, I asked Michael (since they were close friends), if she was single. He said “No” and so I left it at that. 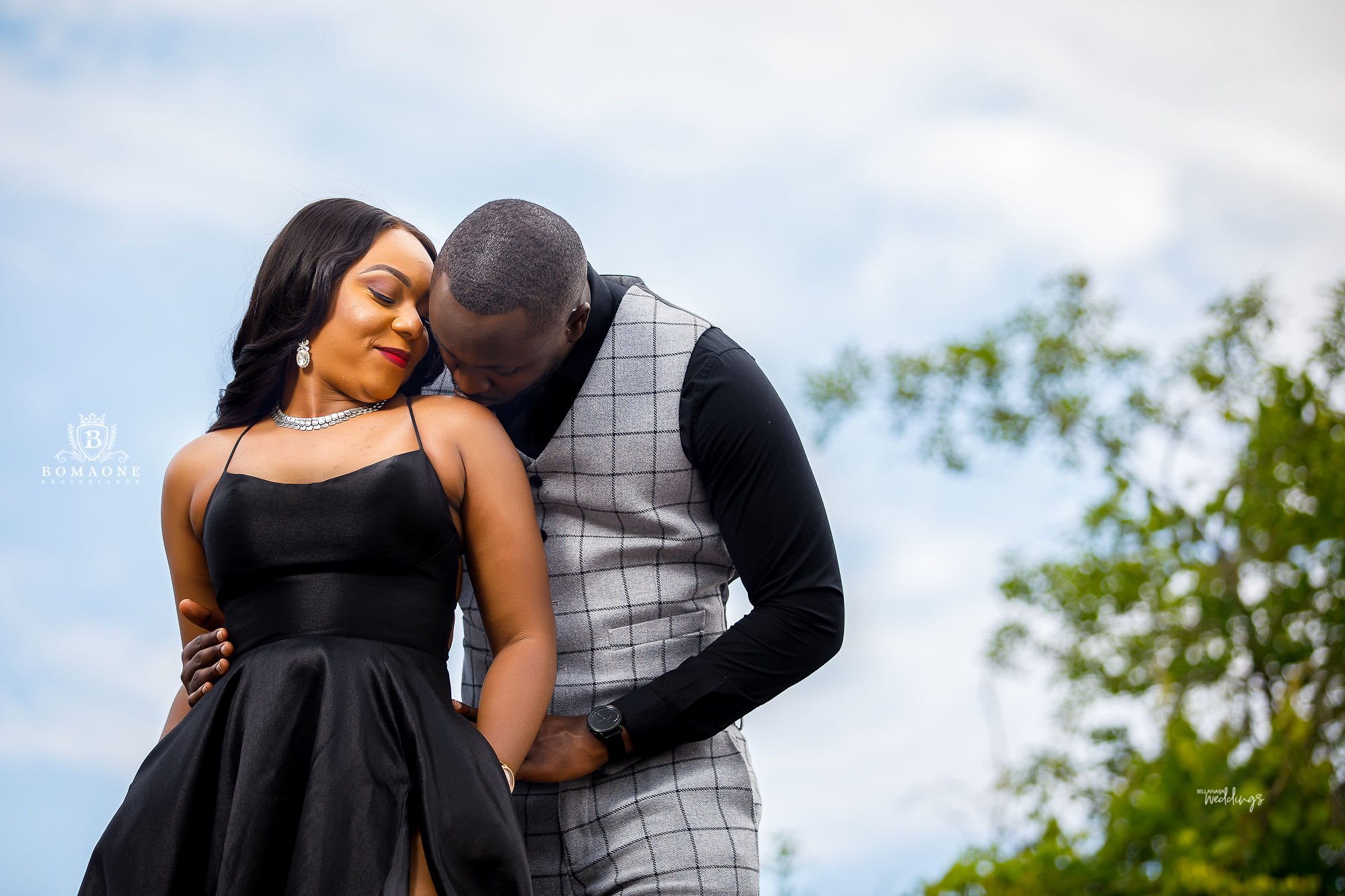 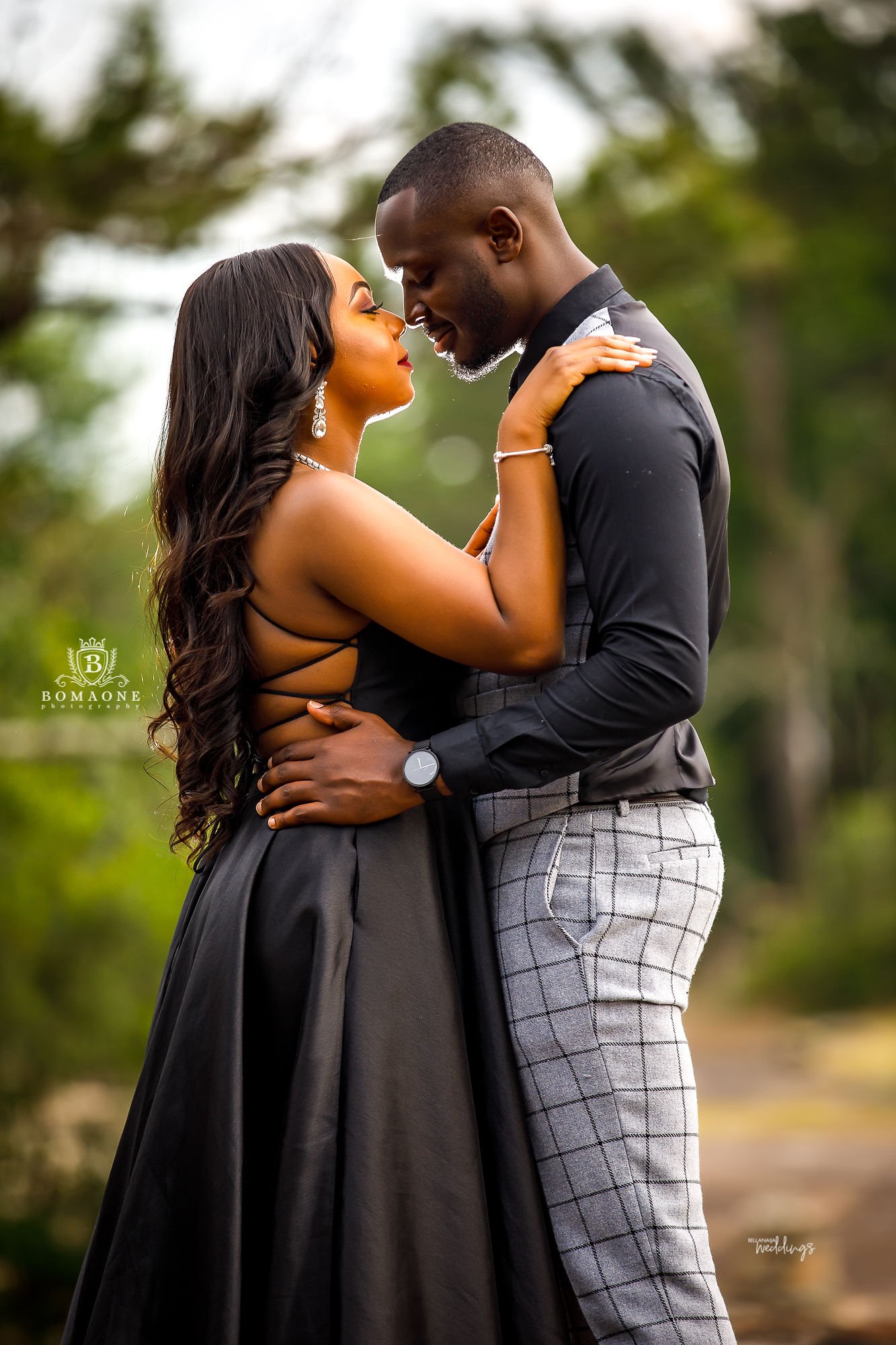 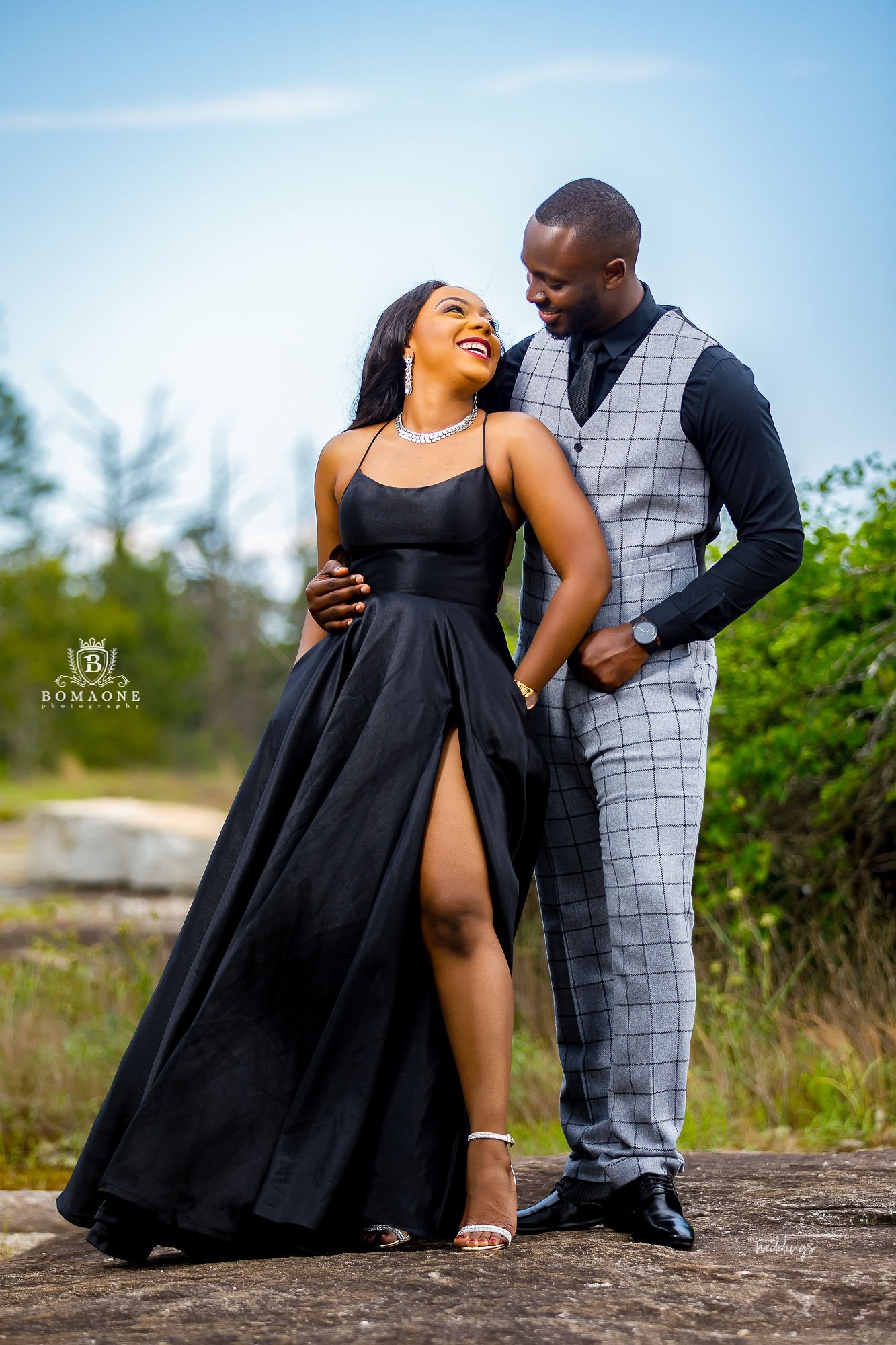 Fast forward to November 2014, I was tasked with setting up for a Thanksgiving cocktail party we were having at church for the young adults. The group leader suggested I asked one of the members to help me with the setup. Y’all, I promise God works in mysterious ways! I took the opportunity with full vigour, not knowing that the timing could only have been God. I looked up her number on my phone and asked if she could help me with the set up for the event. She told me she couldn’t because she was braiding her hair (let’s just say she did not even finish her hair and could have come to help me set up anyway). 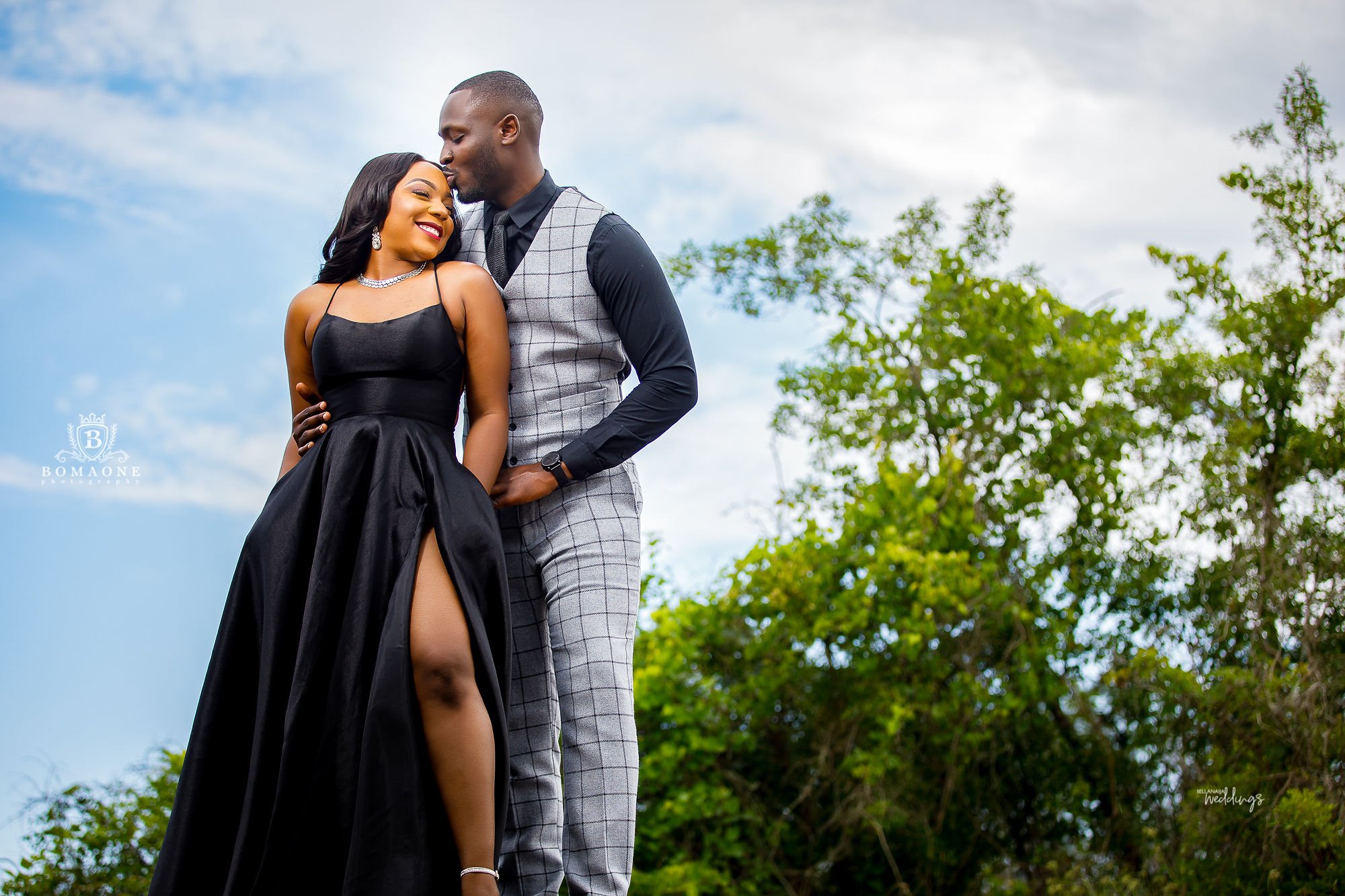 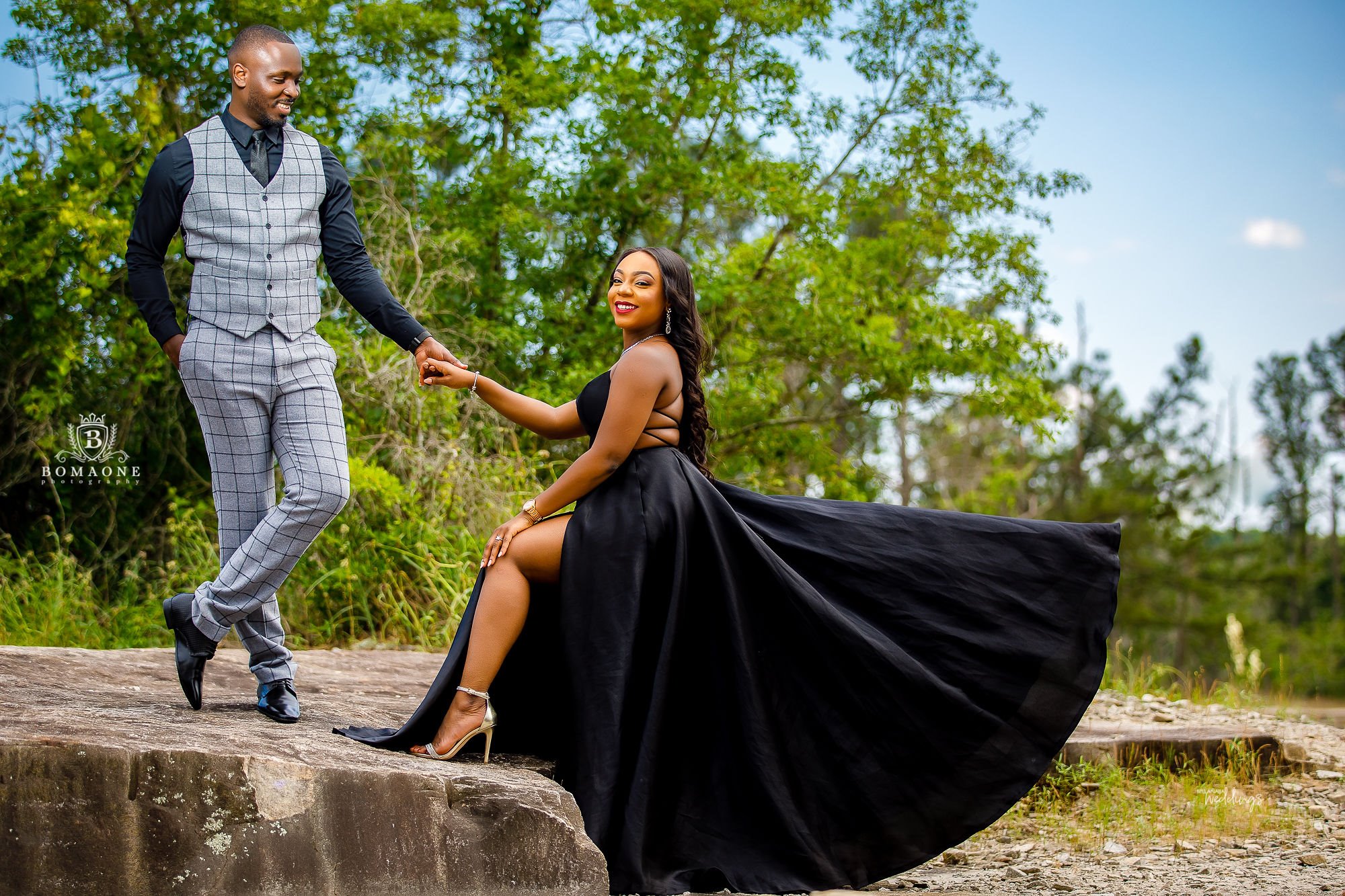 After she told me she couldn’t help, I still continued to text her in attempt to get a real conversation flowing. In the days that followed and after some prying, I realized she was single and that activated the pursuit. She showed me the sweet, thoughtful, lovely and God-fearing side of her that I got a glimpse of the previous year and I have been sold ever since. Over the years, she has become my best friend, my confidant, and my soul mate. Before we started officially dating, there was so much chemistry between us and I think everyone around us could sense it. 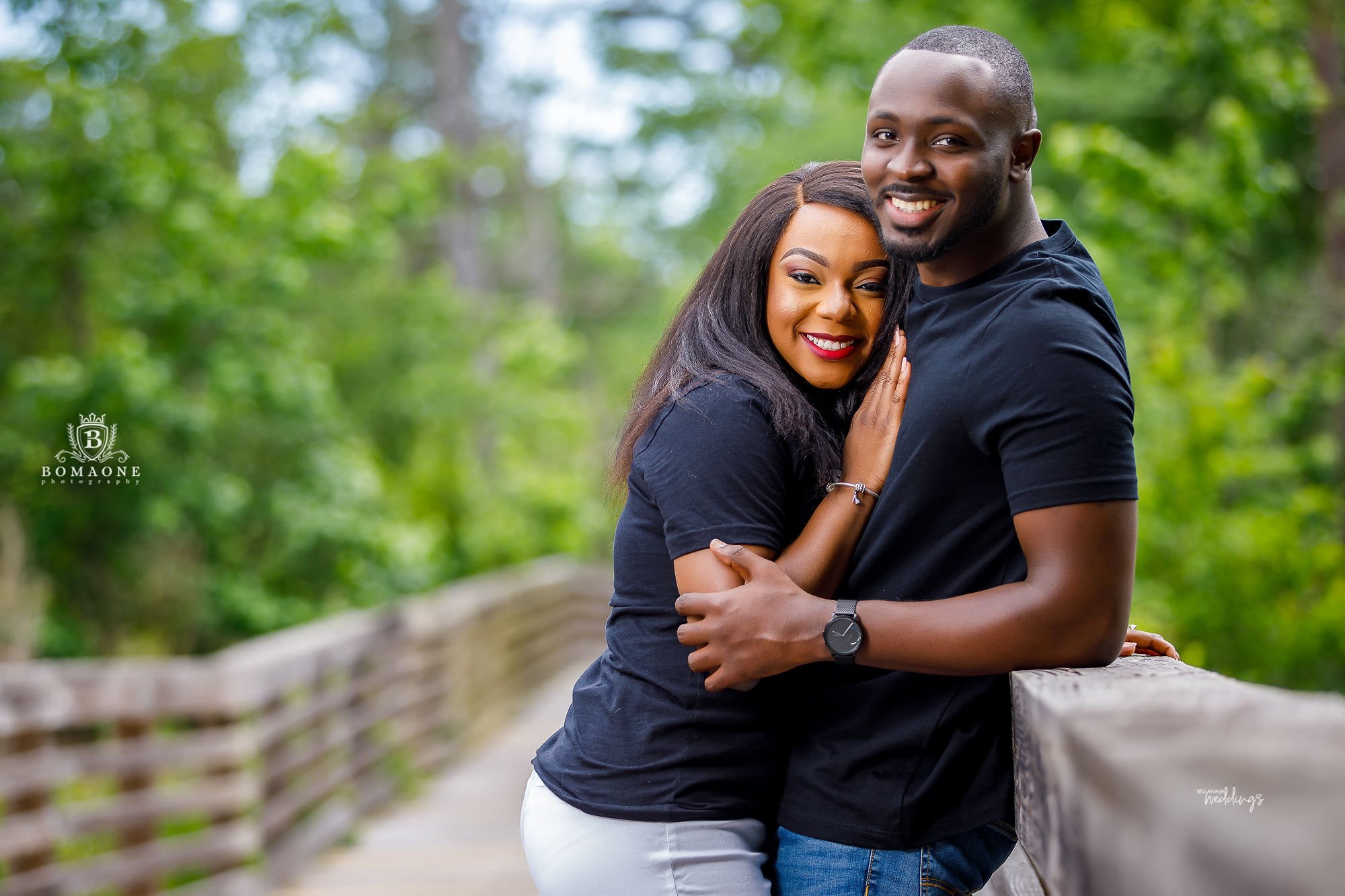 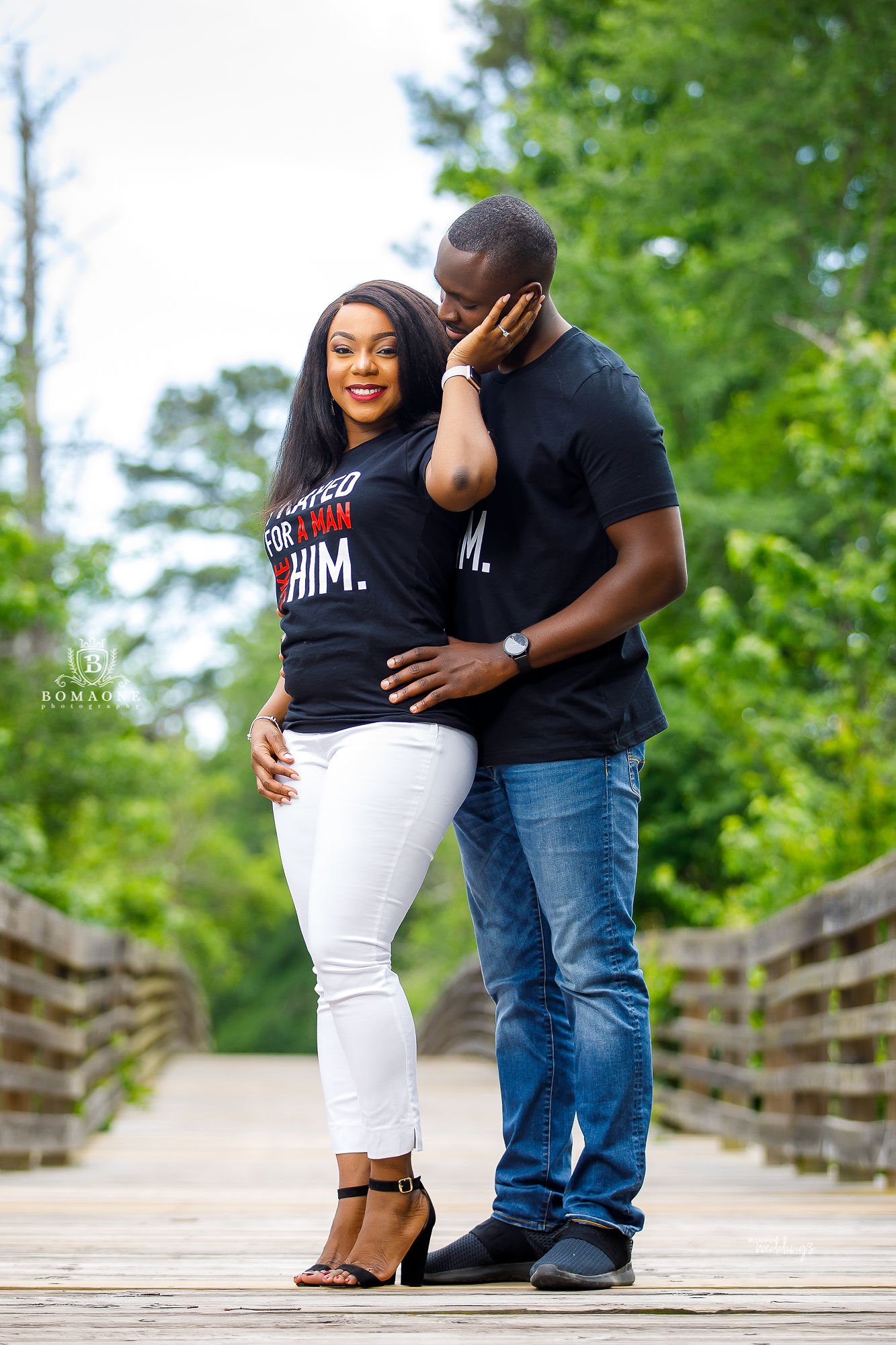 So much that the church started pairing us up more to host together, we did announcements together, ushered together and so many other things. There is much more to her than meets the eyes. She is caring, thoughtful, passionate and loving. When the bible says “he who finds a wife, finds a good thing and obtains favour from the lord”. She is my living testimony of that statement and my life has been so blessed since I found her. I cannot wait to share forever with her, as I fondly call her ‘My- yowa’. 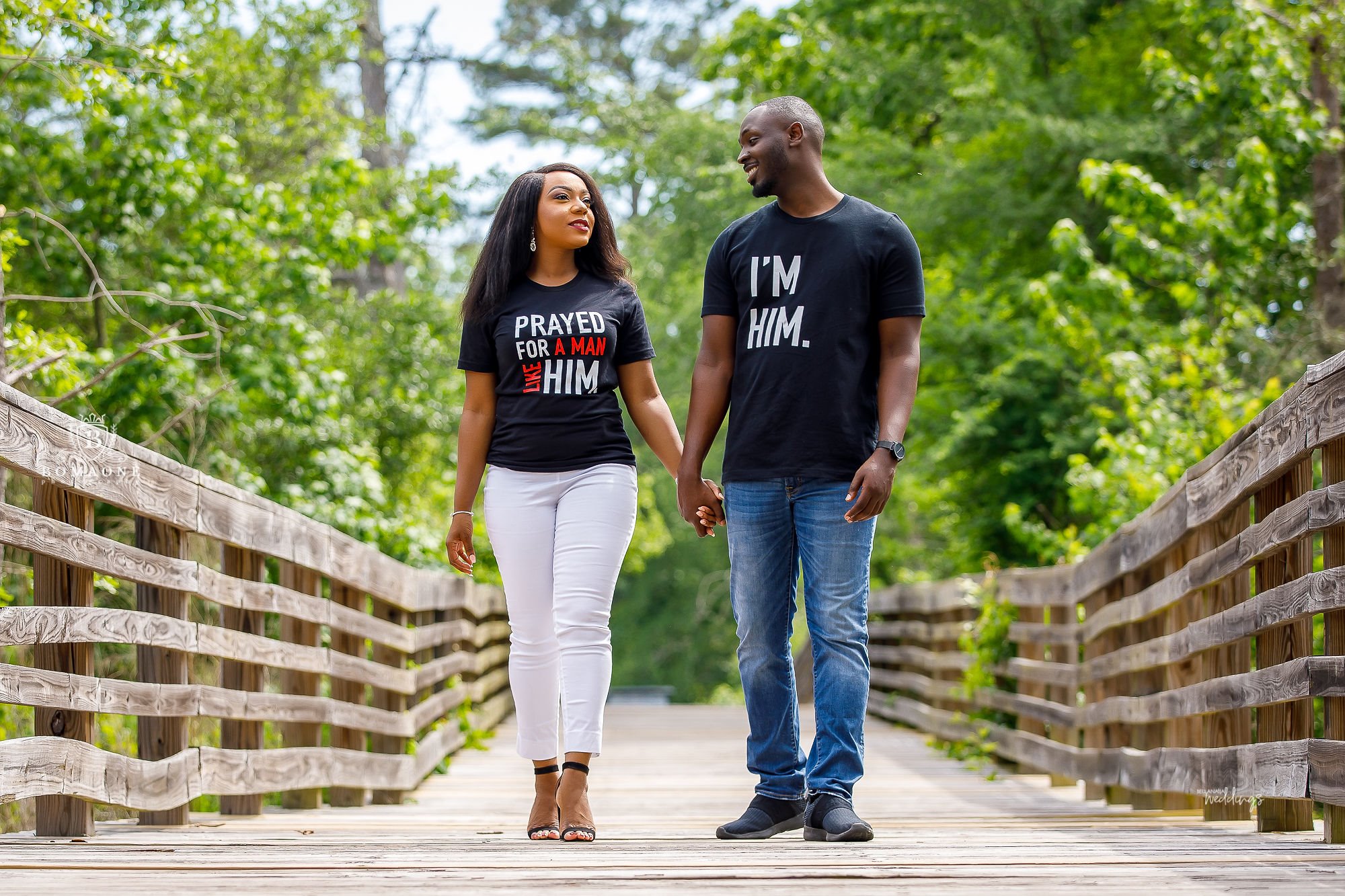 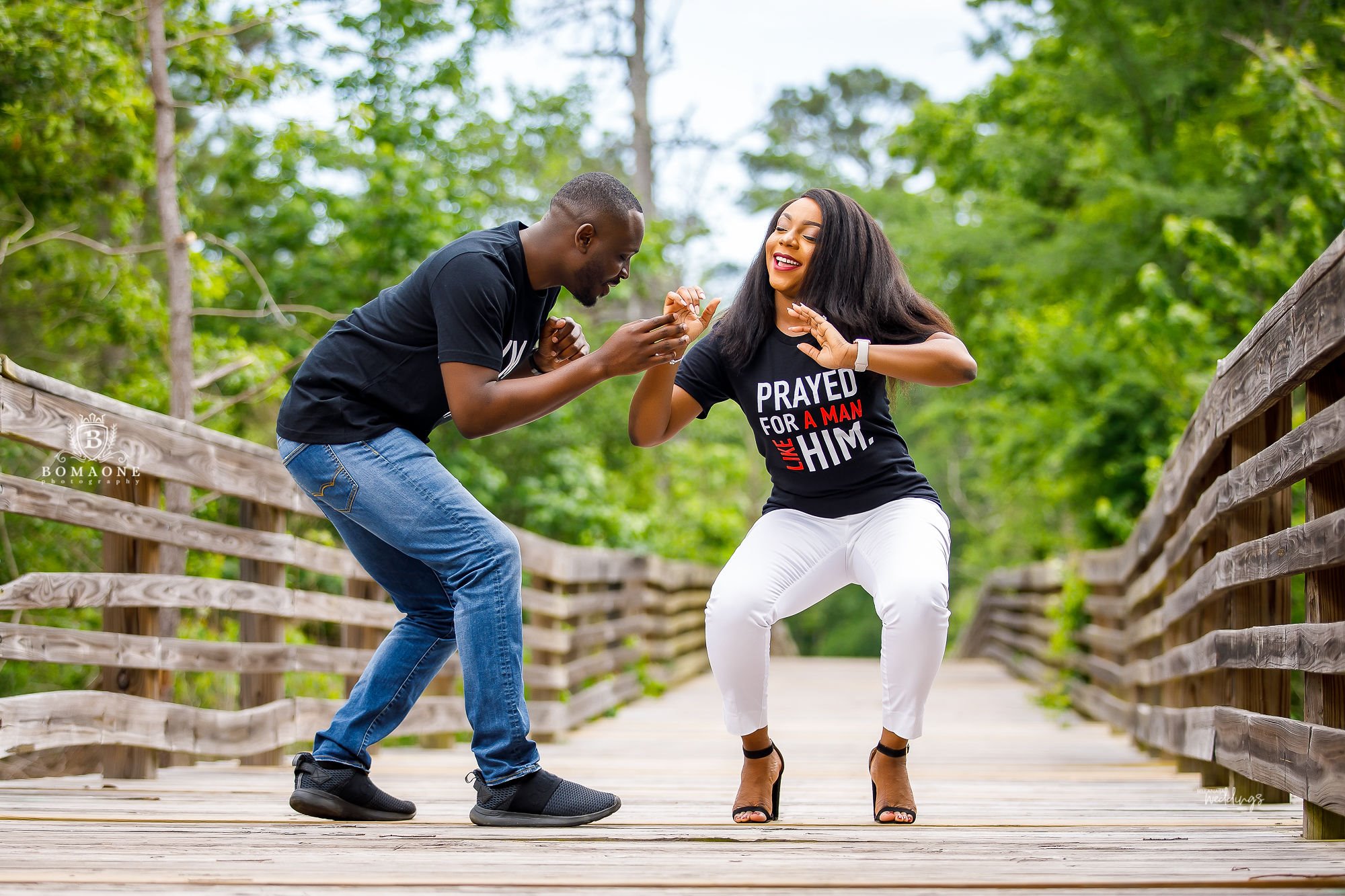 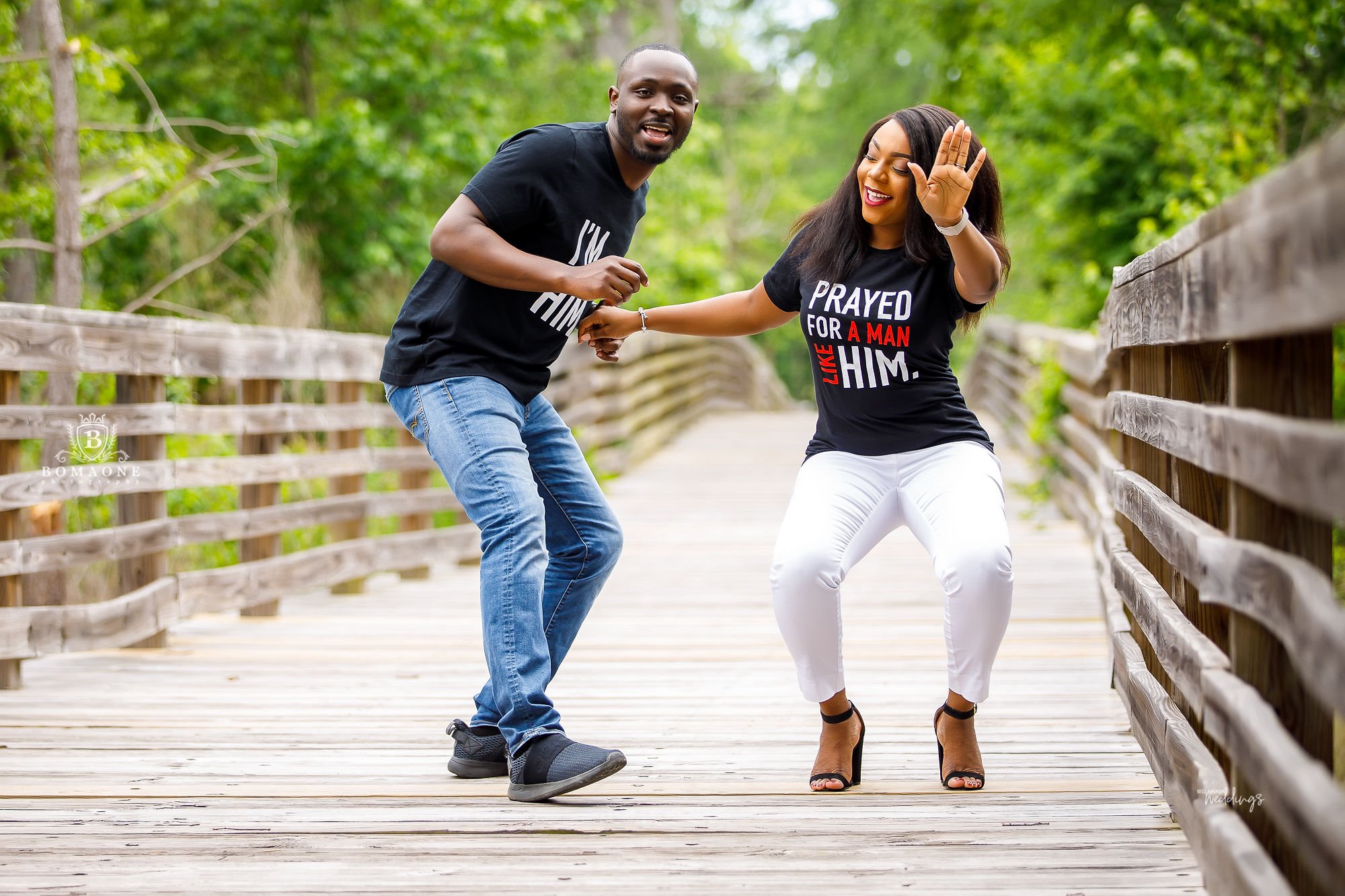 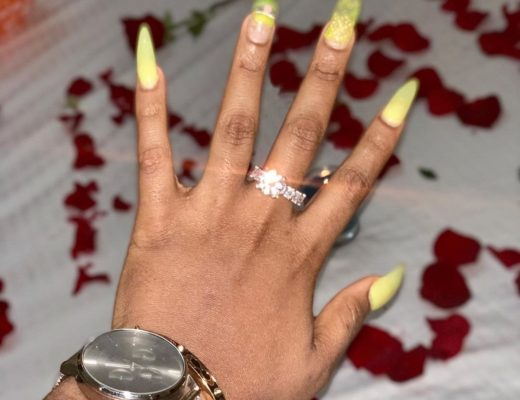 #BBNaija 2018 Bambam and Teddy A are Getting Married! 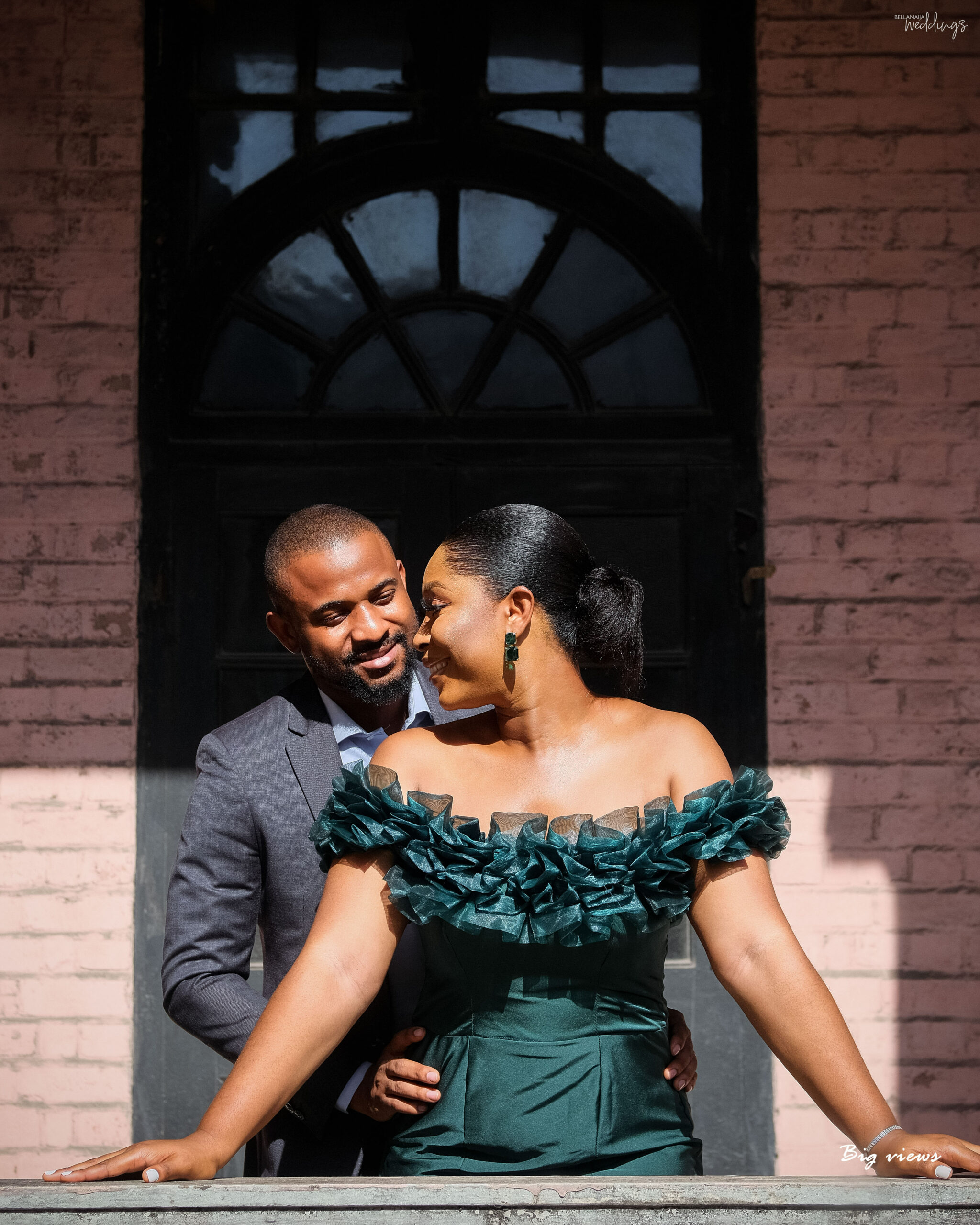 When Your Uncle is a Certified Matchmaker! It’s The #PartyWithIfyChris Pre-wedding Shoot 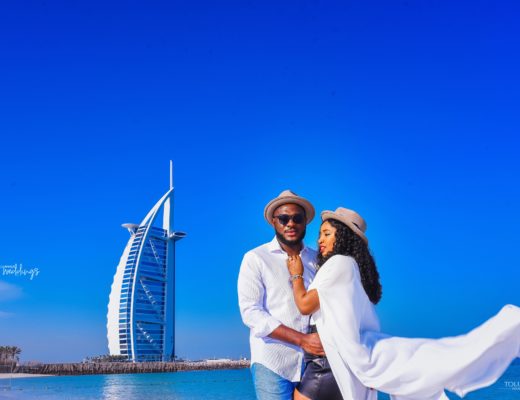