It’s Another Episode of #WeMetOnTwitter with Sharon & Kwesi 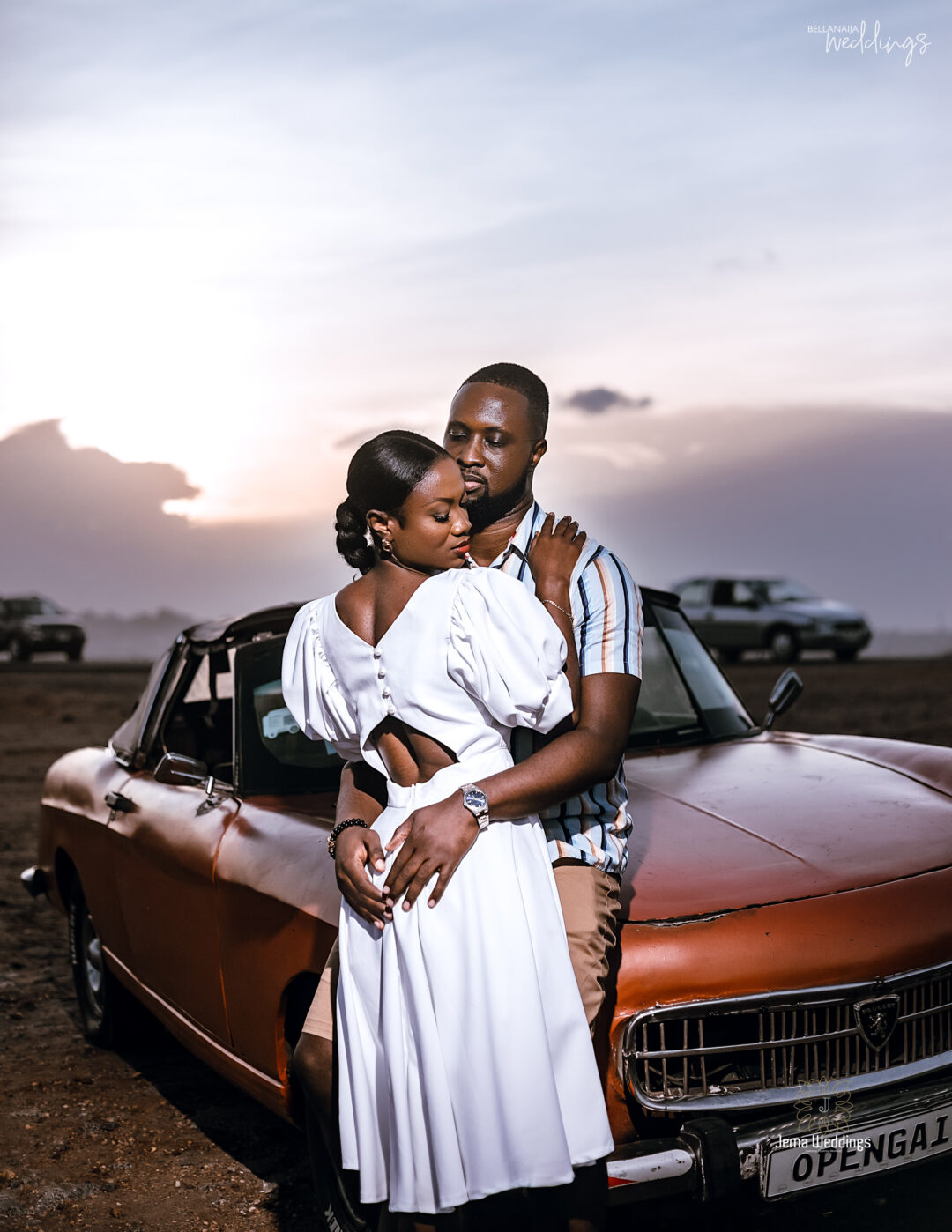 Social media keeps doing Cupid’s work and we’re here for it! 😅 It’s a Twitter love story today and our excitement knows no bound.  Thanks to Sharon and Kwesi, we’ll be gushing over how beautiful the power of social media can get, connecting hearts and cresting bonds.

If you’re an avid Twitter user, you already know how people can be pals on the timeline without necessarily being friends. This was the case with these Ghanaian lovebirds until they took things to the DM and the connection just couldn’t stop flowing. From Twitter to Instagram and then iMessage, theirs was a social media love tour! Now, they’re taking it to forever and we’re loving every bit of their love. The love birds share their love story with us, including how Kwesi popped the big question. Keep scrolling to enjoy it all.

See the beautiful photos from their pre-wedding shoot below. 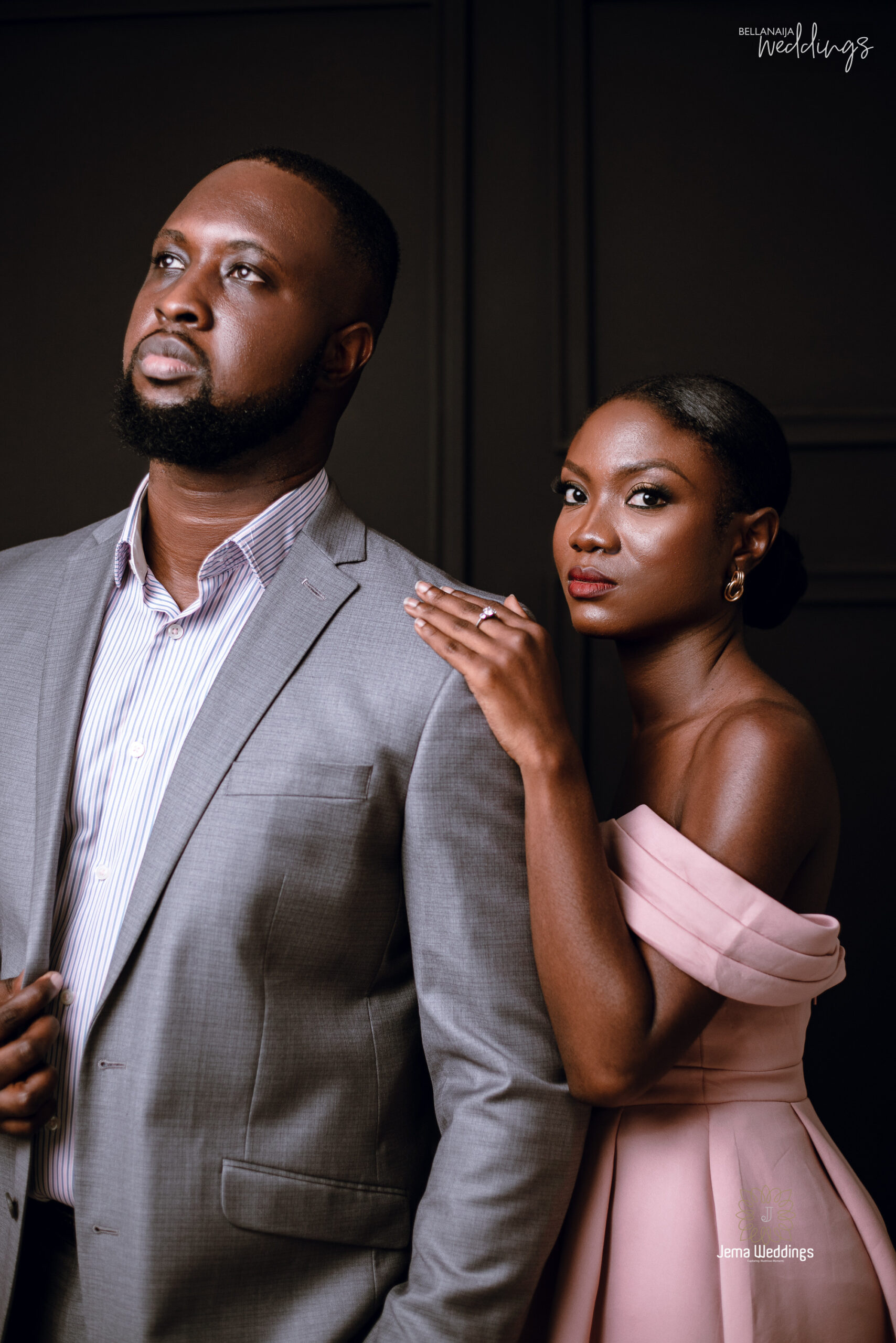 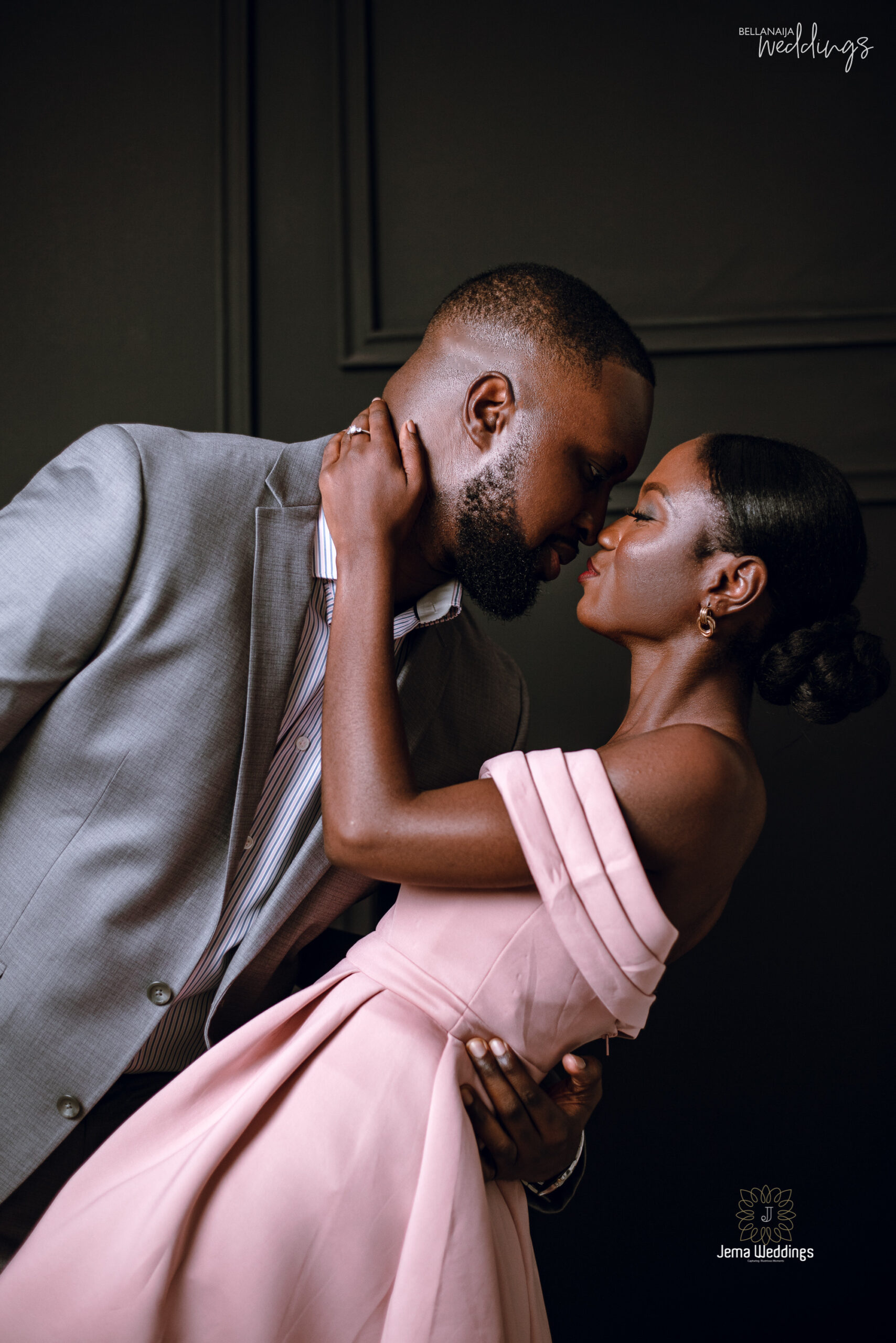 #WeMetOnTwitter! 😅  The beautiful thing about how Kwesi and I met is that we followed each other, but all we did was, tweet at and reply to each other. However, In 2018 I had to create a new account. I had lost my account in the previous year, and even though I was not active on this new one. Kwesi appeared on my followers’ list. 🤨

Whenever I tweeted, he would be in my mentions. I must admit, I sometimes ignored his replies. It took the observation of one of our mutual friends, Emmanuel before I changed how I related to him online.  I was online during a holiday in 2019 when a reply from Kwesi popped up in my mentions. 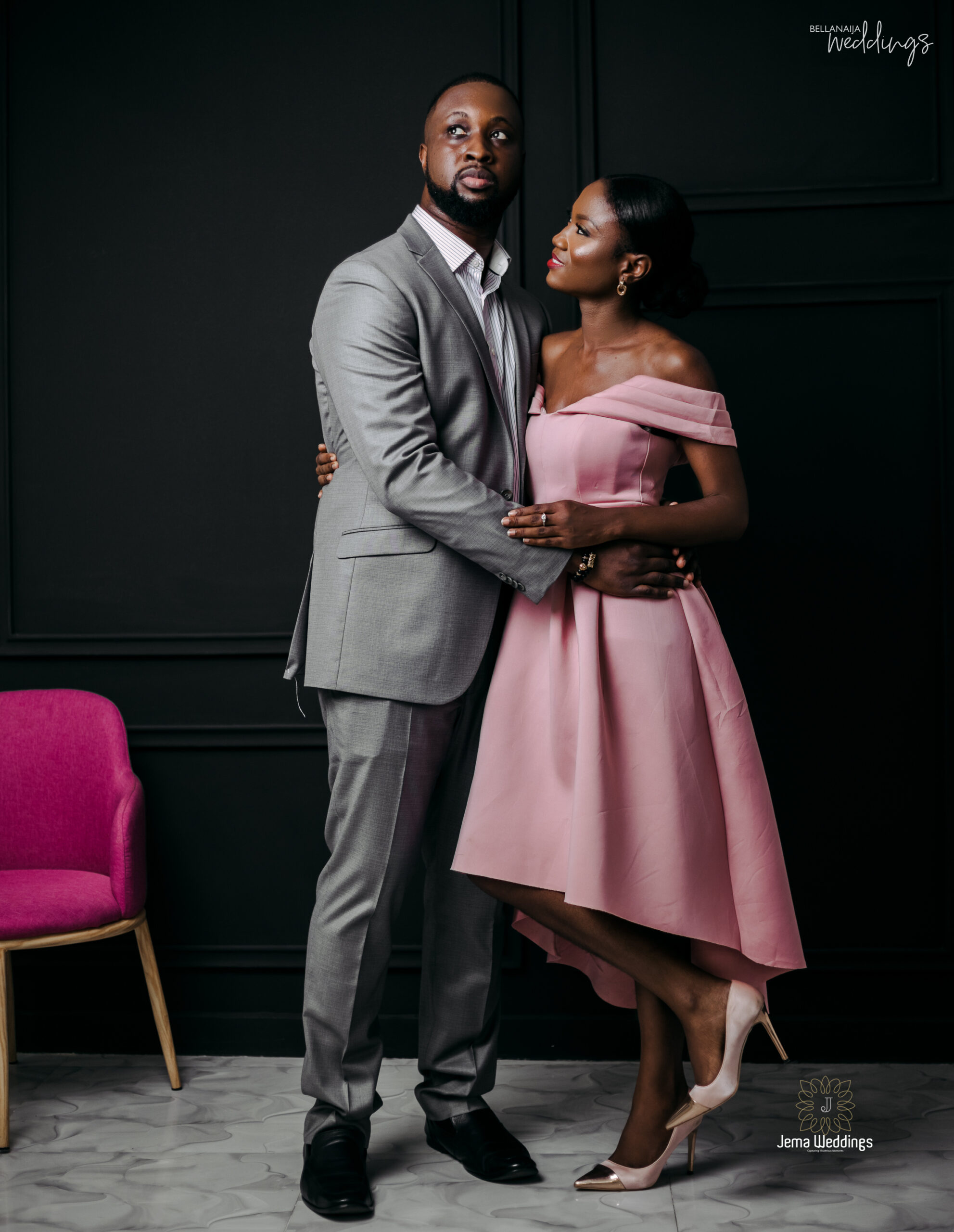 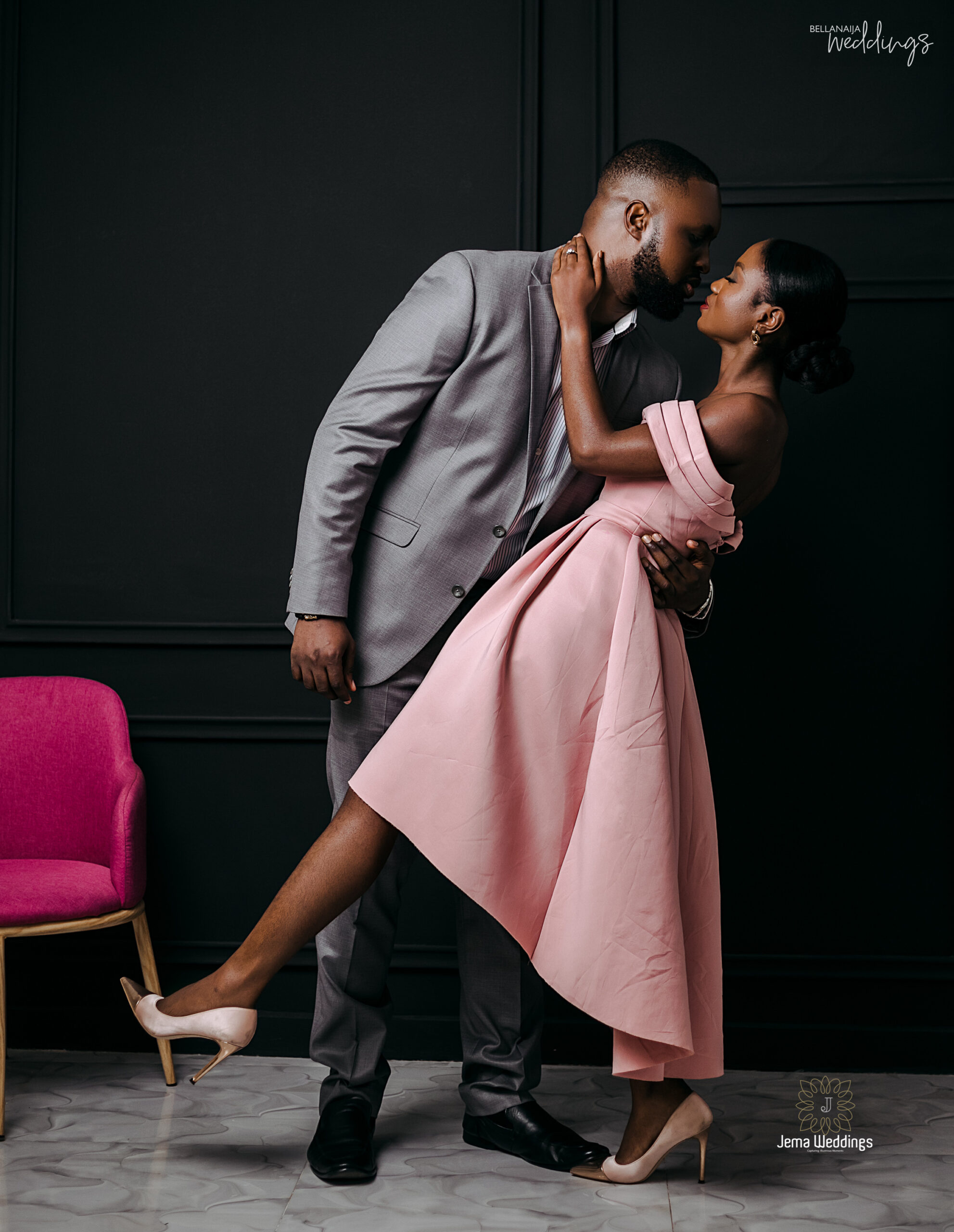 The first thing that came to mind was “Ei, this guy again,“ so I replied. When he also replied, I took the conversation to his DM (sake of the streets be roadside 😂). We messaged the whole day, going from one platform to another (Twitter, IG, iMessage).

We met up the next day. Wanting to spend more time together, he asked at the end to take me out again the next day on a “proper” date. He travelled the following week, so we kept in touch; FaceTiming the whole time he was away. I really enjoyed his company during this period. 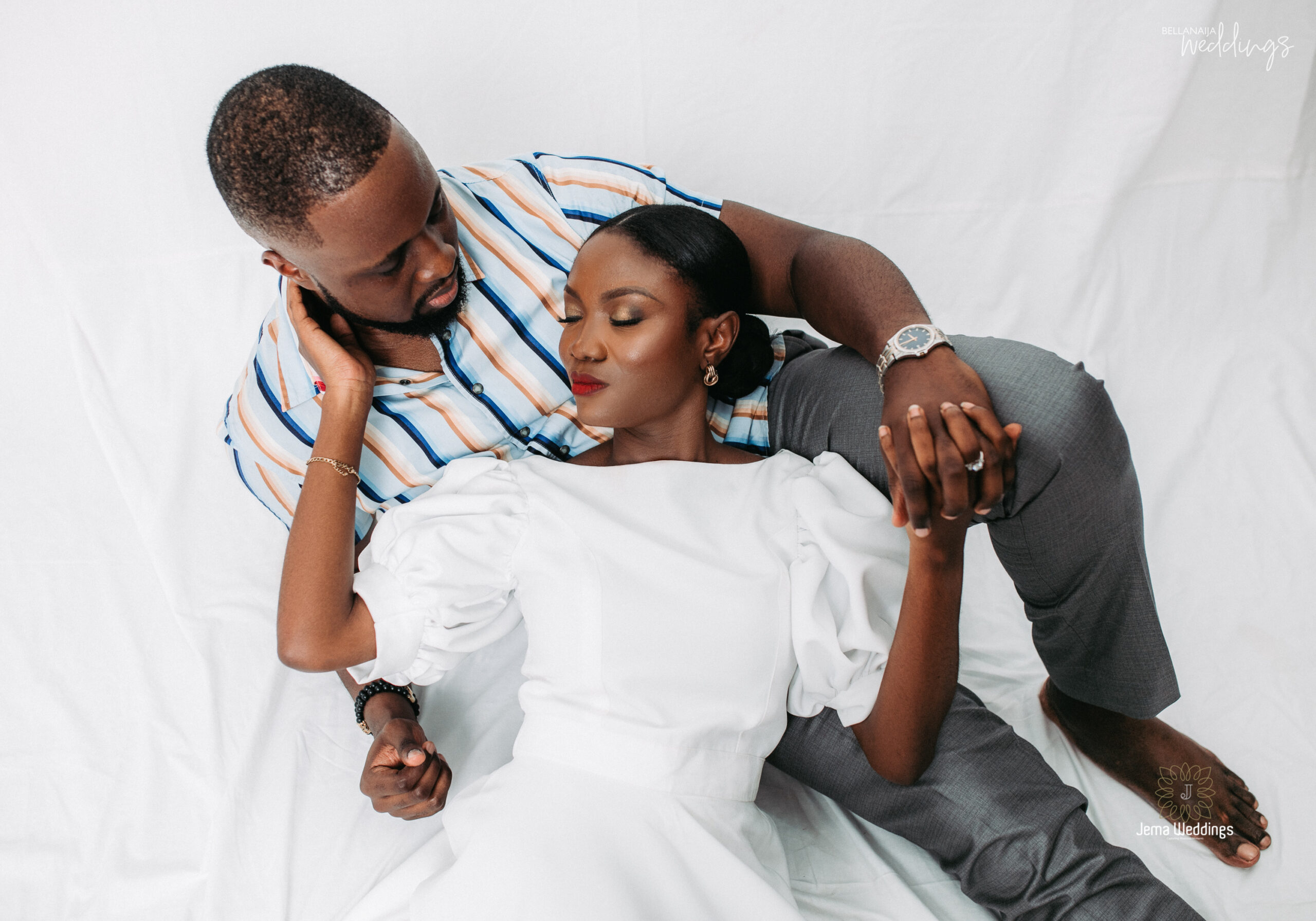 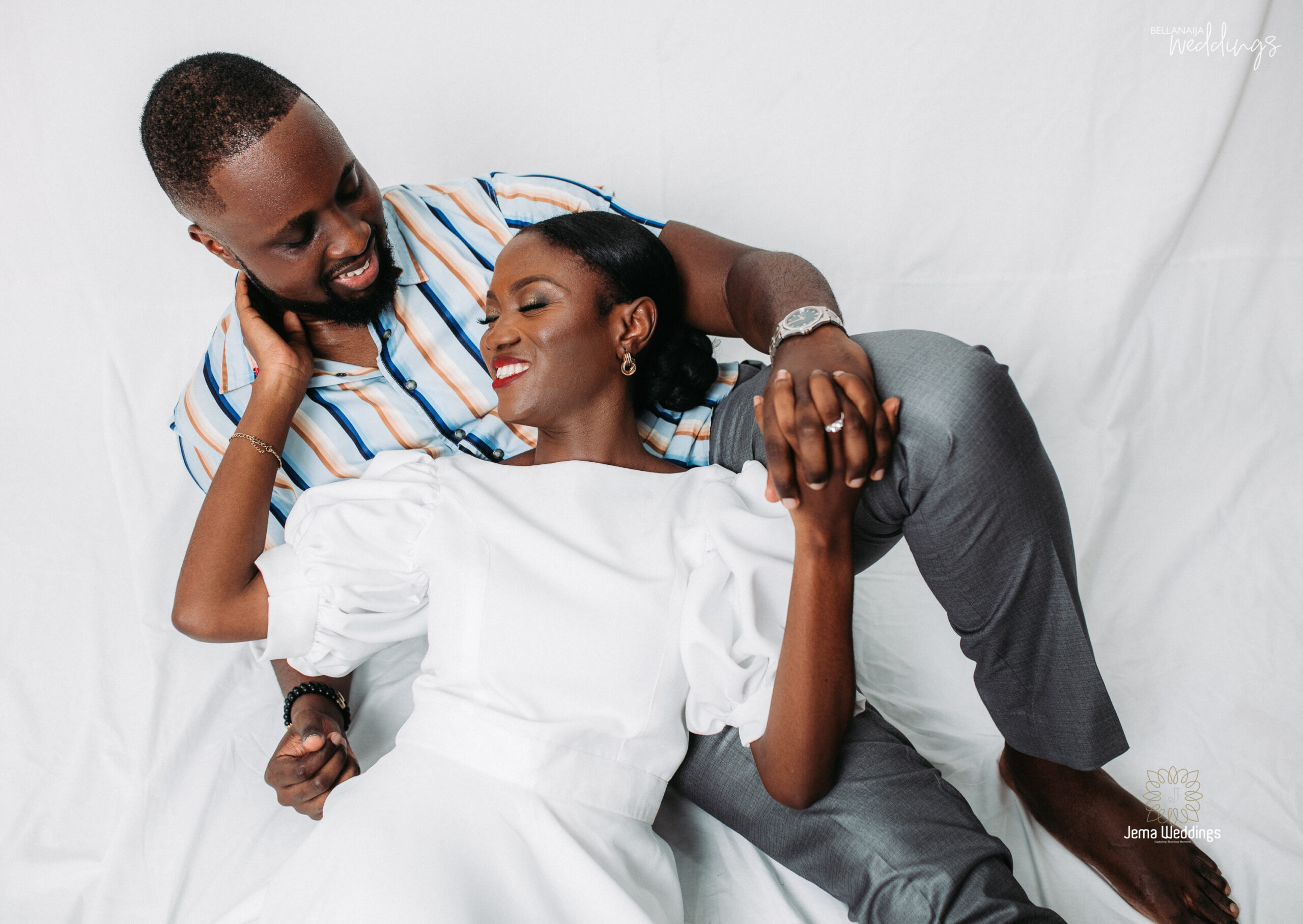 Unbeknownst to him, he was ticking my boxes, but I had to keep my cool. I began praying about it because I wanted a clear direction from God. On the 20th of June, he professed his love for me, and all I could say was “My Mide is here ooo!” I have liked Kwesi since the first day I saw him and I love him. With him, I’ve found my peace of mind and happiness. He truly brings the best out of me. 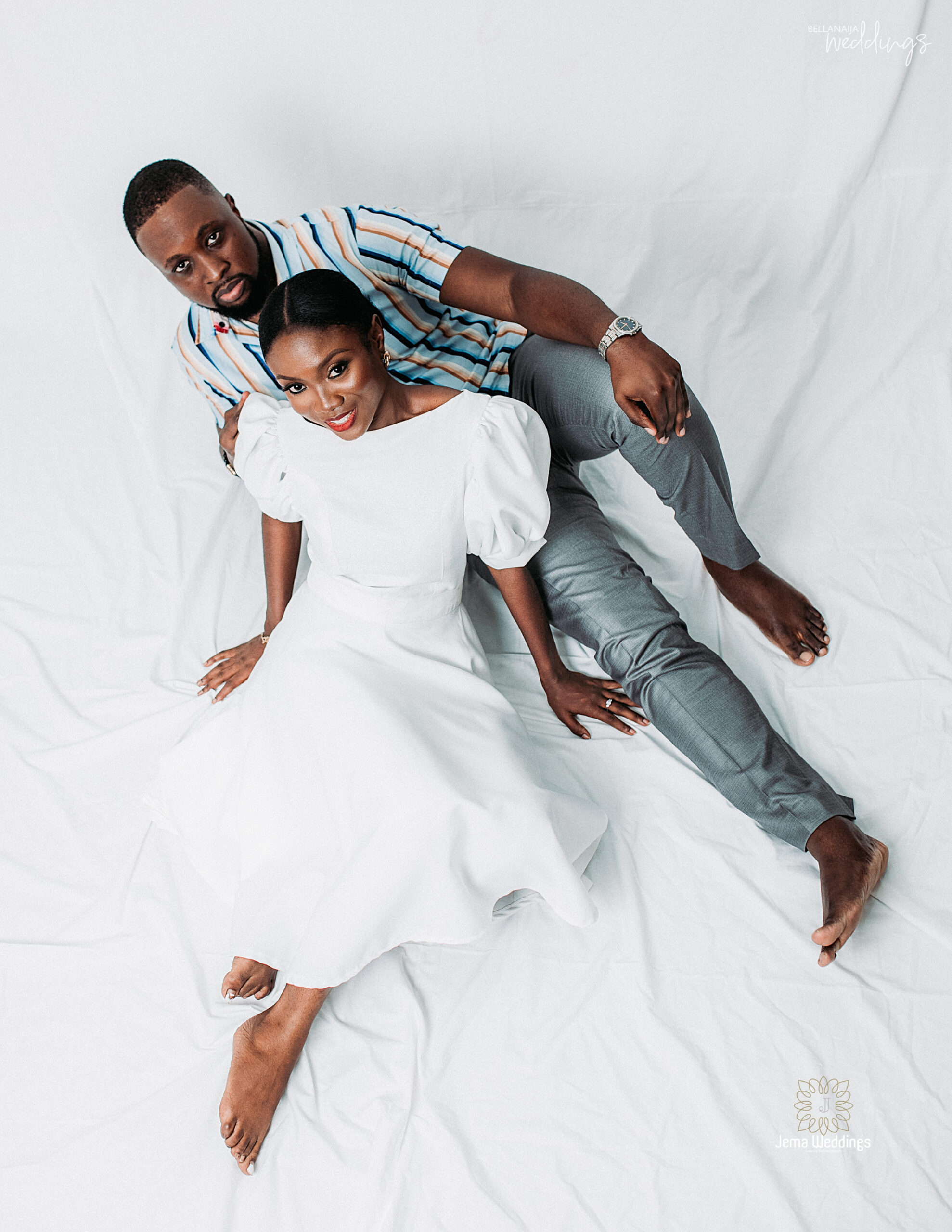 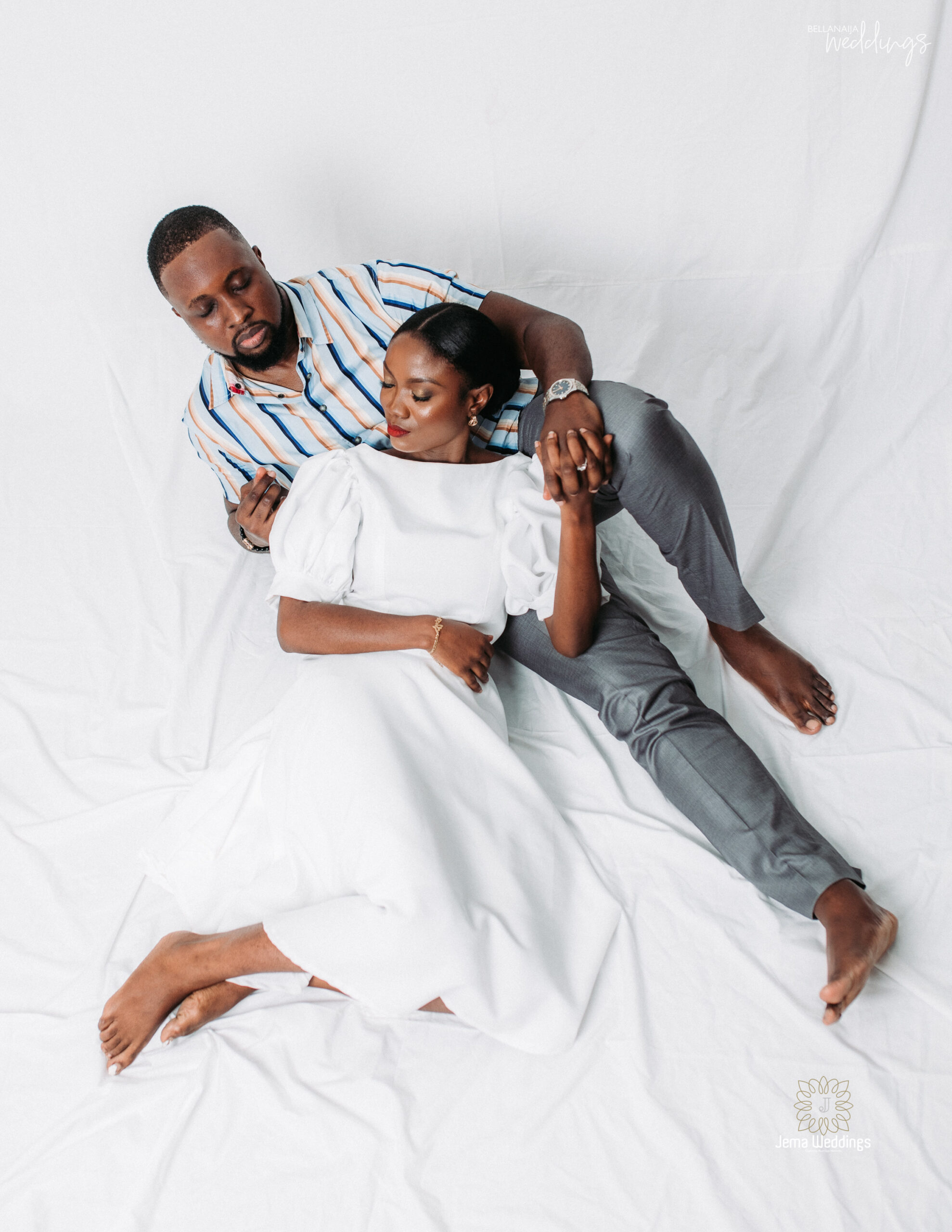 Their love story as shared by Kwesi:

You have probably heard this a lot in recent times “it all started in the DM”, but seriously it did, or did it? 🤔 The beautiful thing about our story is that we had met but not met. We had met in a virtual space and perhaps spiritual but never physical. We knew each other from Twitter, and this dates back to 2010.

I was, per usual, on Twitter, up to no good when a tweet from Sharon popped up on my timeline. For some reason, which I still have not figured out to this day, I decided to reply to her. She replied; I replied to her again, and before I could say “abɛnkwan”, my DM alerted me with a new message. 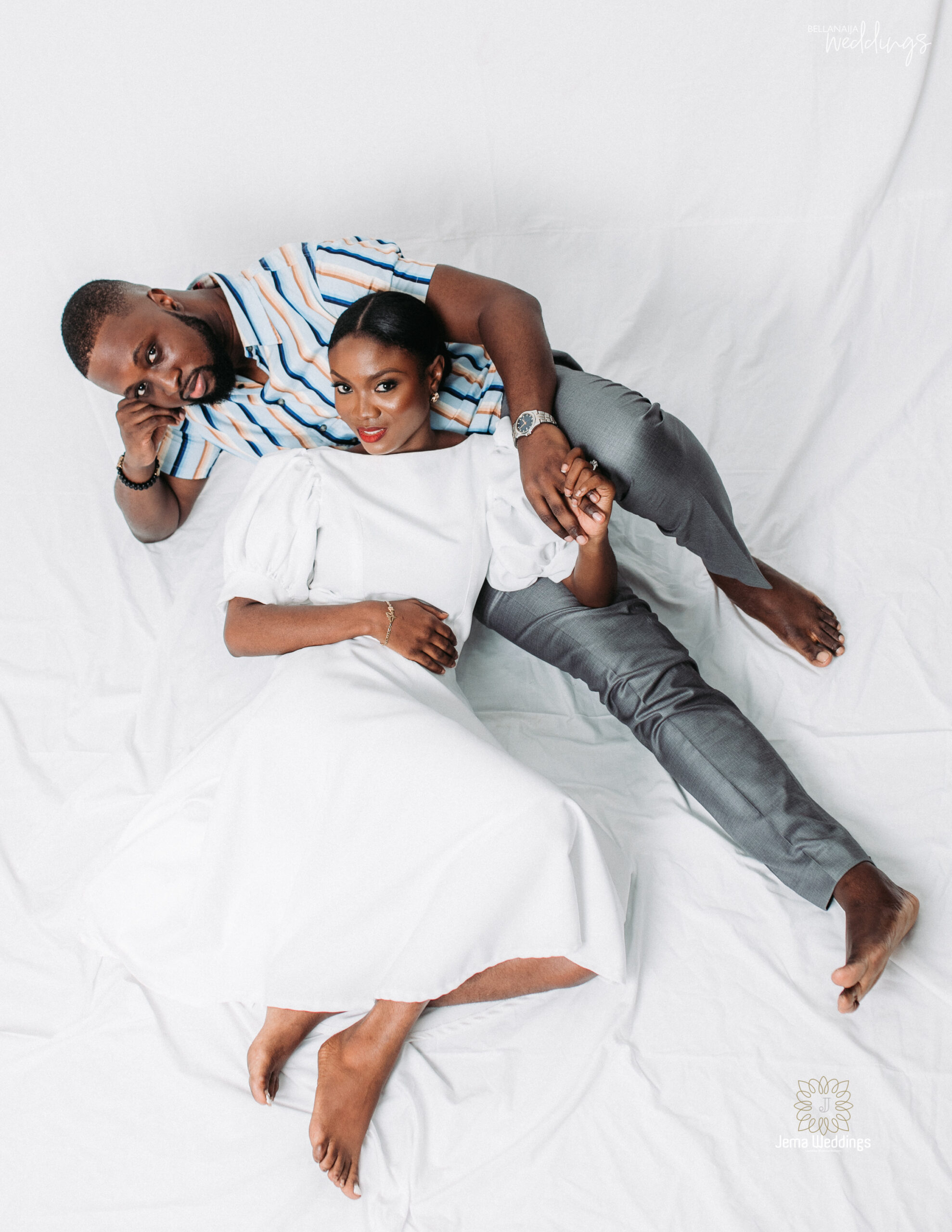 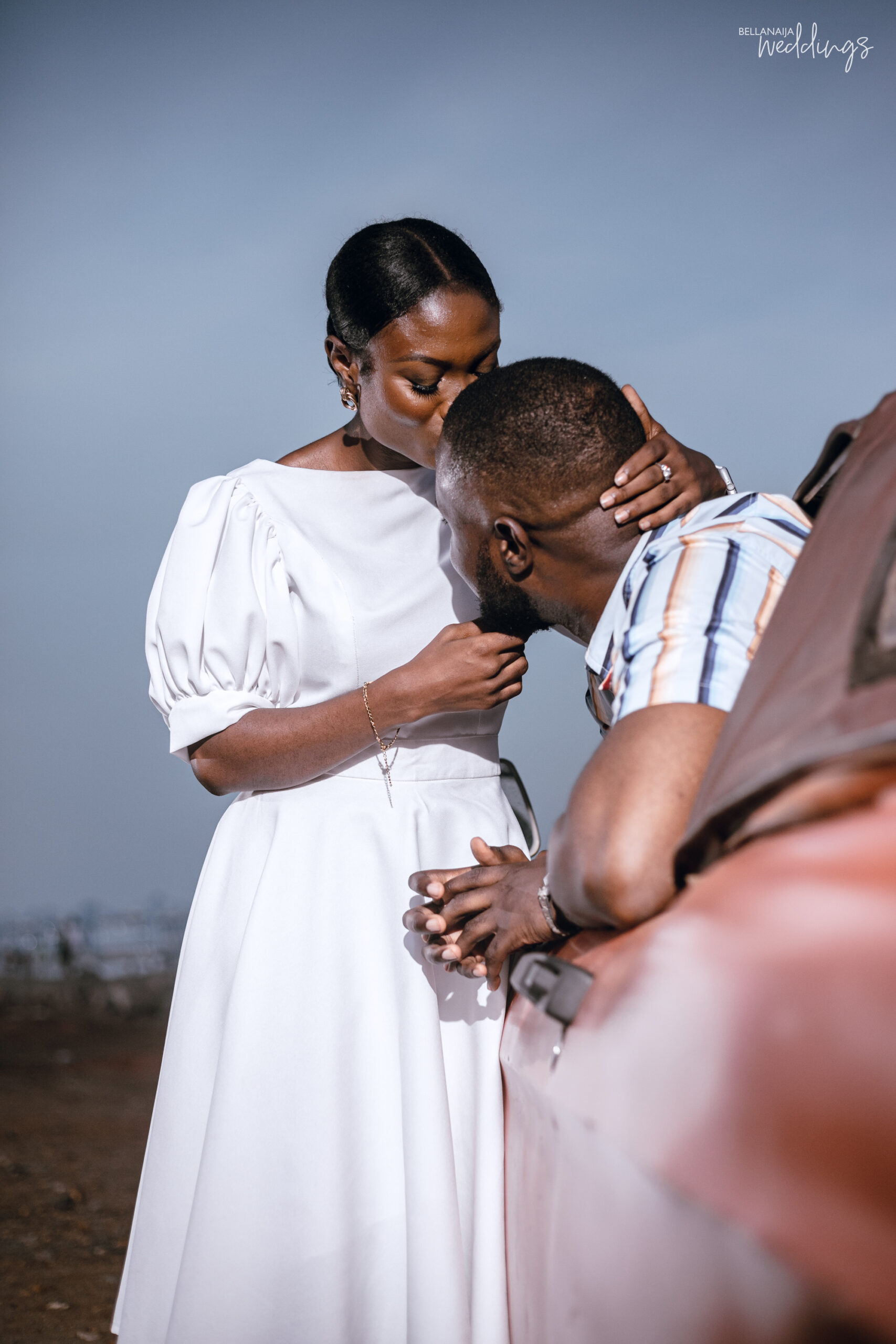 It was from Sharon. We chatted the whole of that day, uninterrupted. Two days later, we had our first date, which would also coincidentally be the very first time we would see each other in the flesh. My initial impression was “ok, not bad,” but by the end of the date, I was singing tunes from a different hymn sheet.

We realized we shared a lot in common, and our values and ideals were in sync with each other. I travelled the week after that date, but we managed to stay in contact with each other. On the 20th of June, 2019, I professed my love to her because Chale, look at her. Who wouldn’t?  The rest, as they say, is history. 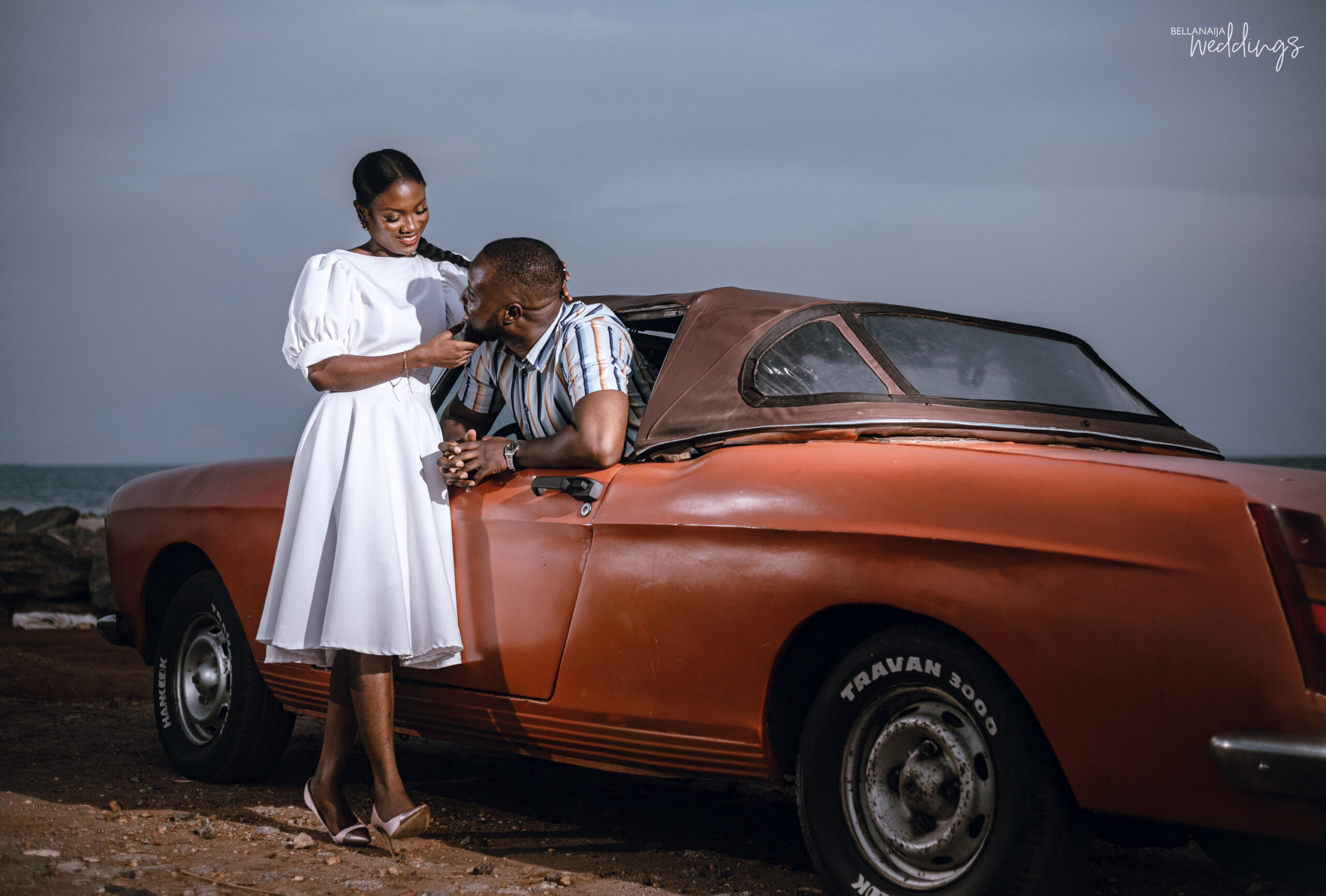 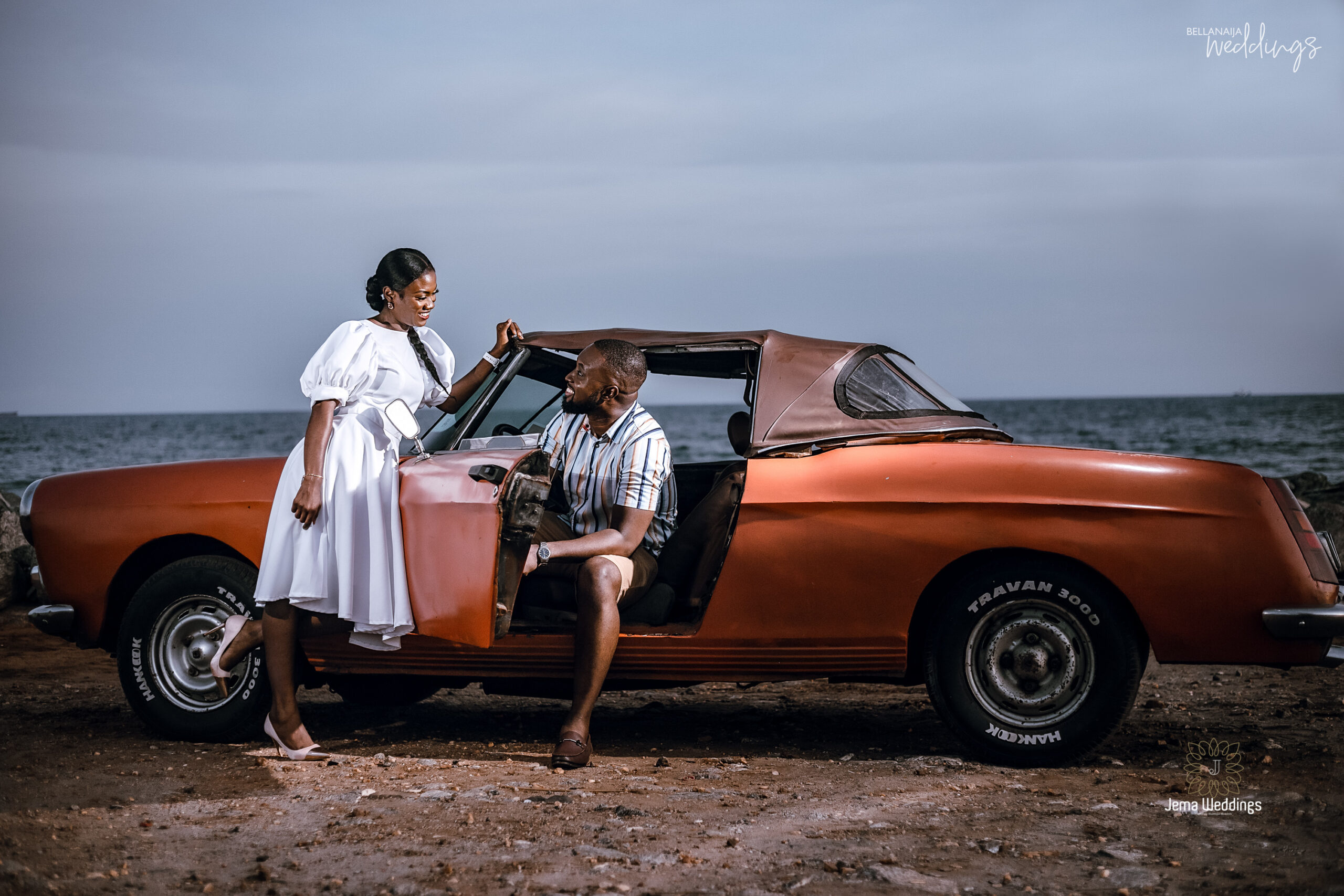 The proposal according to Sharon:

We spoke I believe 3 days earlier, and he had made mention that we were going to have lunch with an aunty (who I had met once) and his two cousins on Saturday, 24th October 2020 at the Polo Club restaurant. The funny thing is that it was such a random day that you could not have been suspicious of anything happening.

I mean, a regular Saturday, no plans whatsoever. Perhaps I should have caught his drift when he kept being specific about how to dress for the occasion but then again, I kind of felt that if I was going to meet his Aunty, I needed to look presentable. 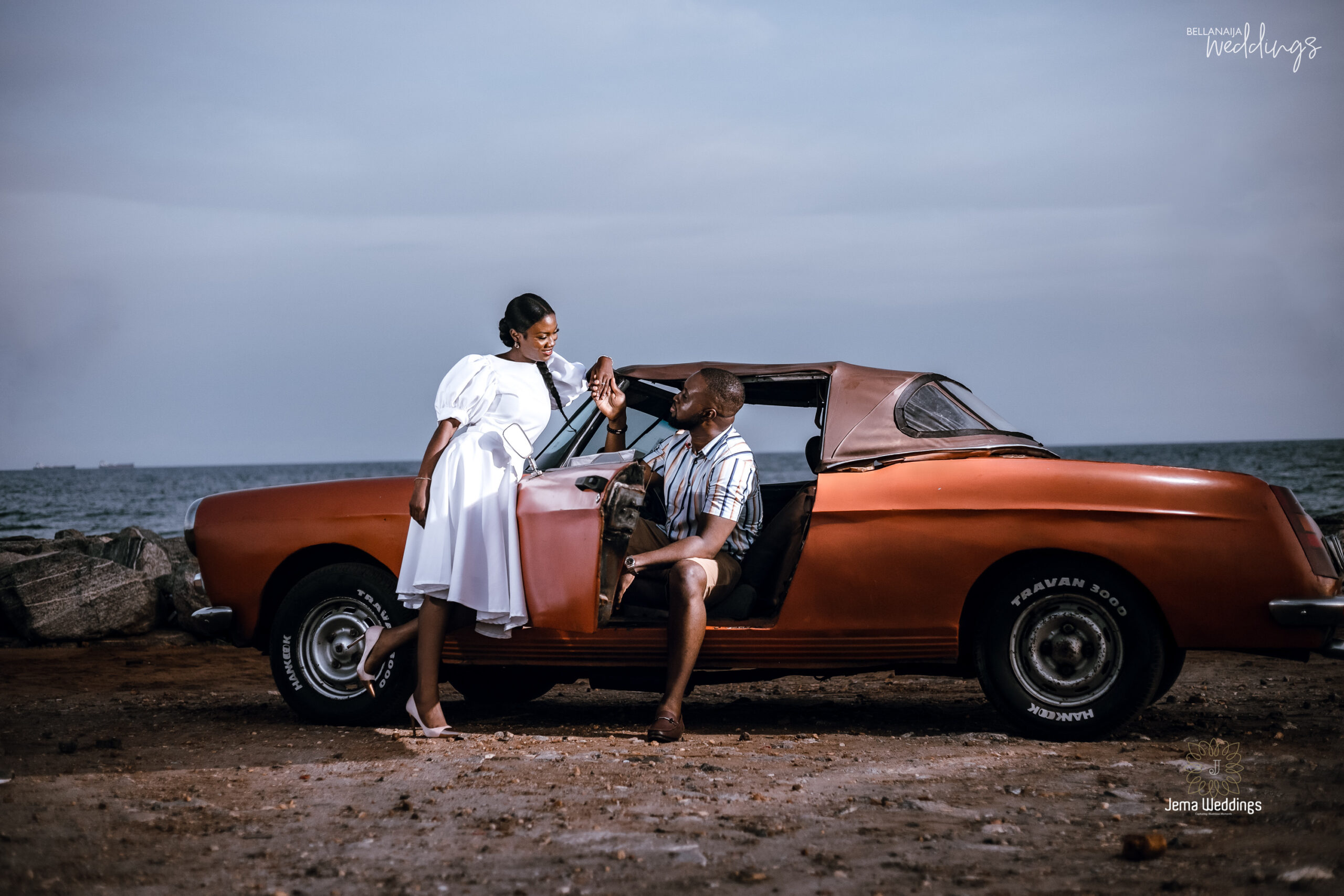 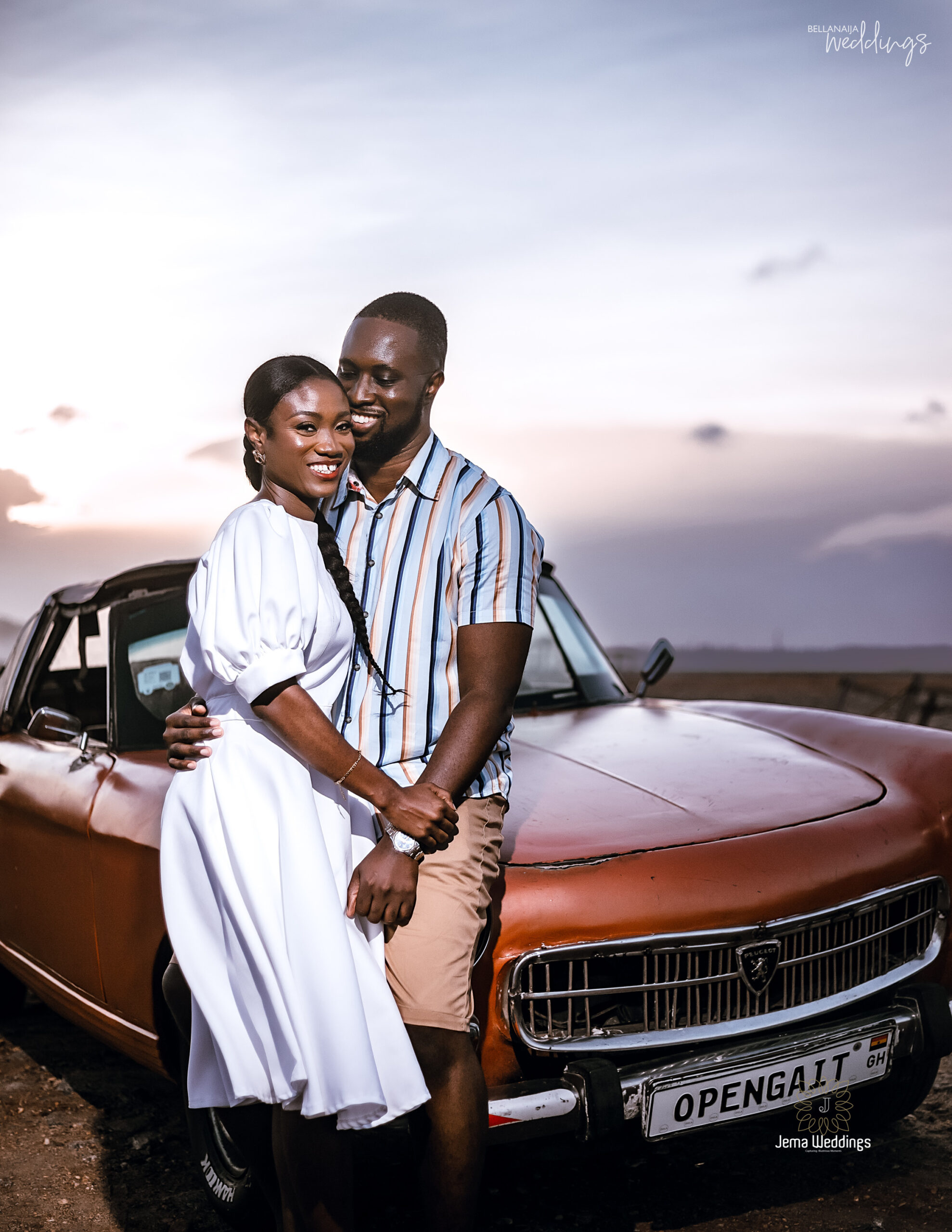 In any case, Saturday morning came, I got to his house and noticed that the little gate at the entrance was opened. I was hesitant initially to go in because I had called him just before arriving and all he said was “making a quick dash with mum to the clinic, but you can go inside, dad is there”. 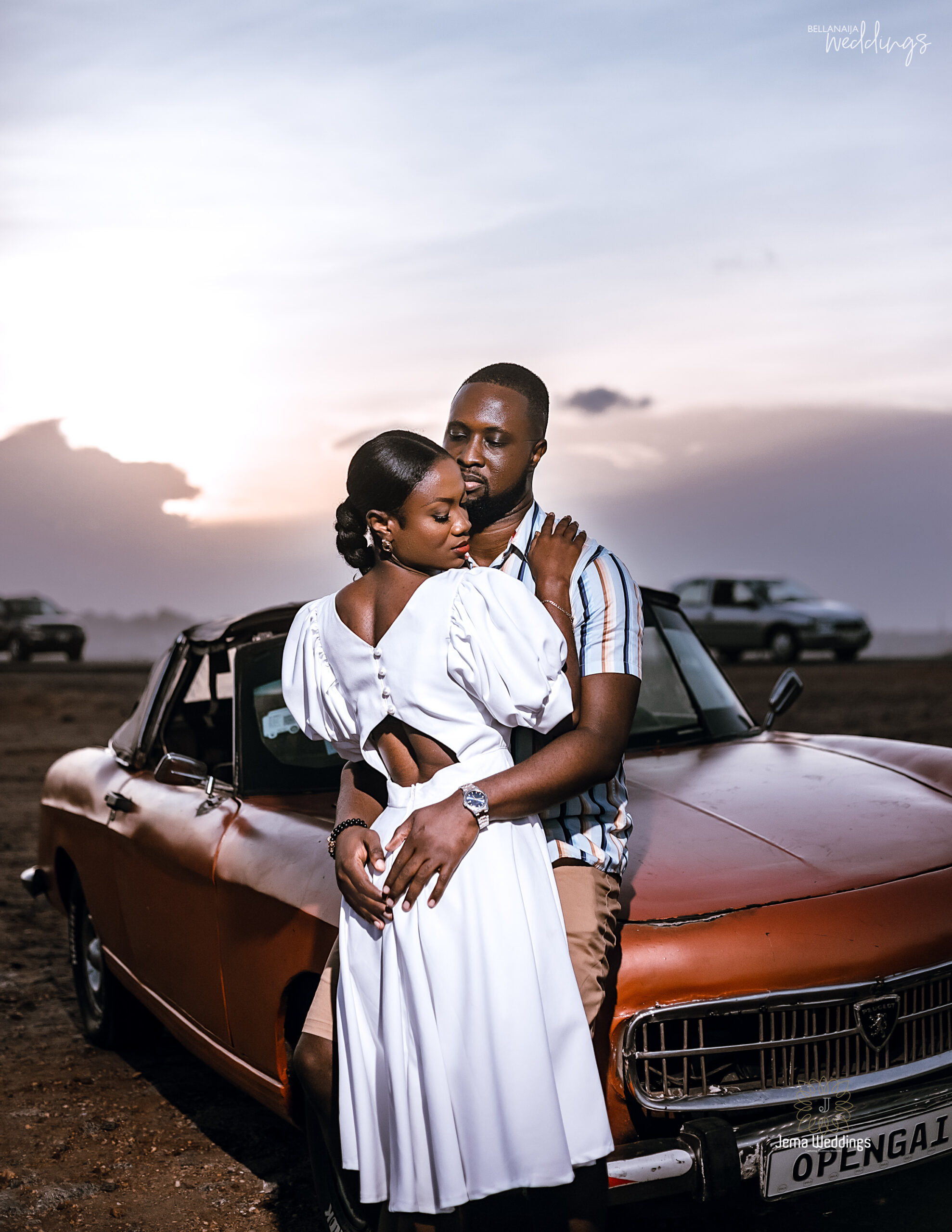 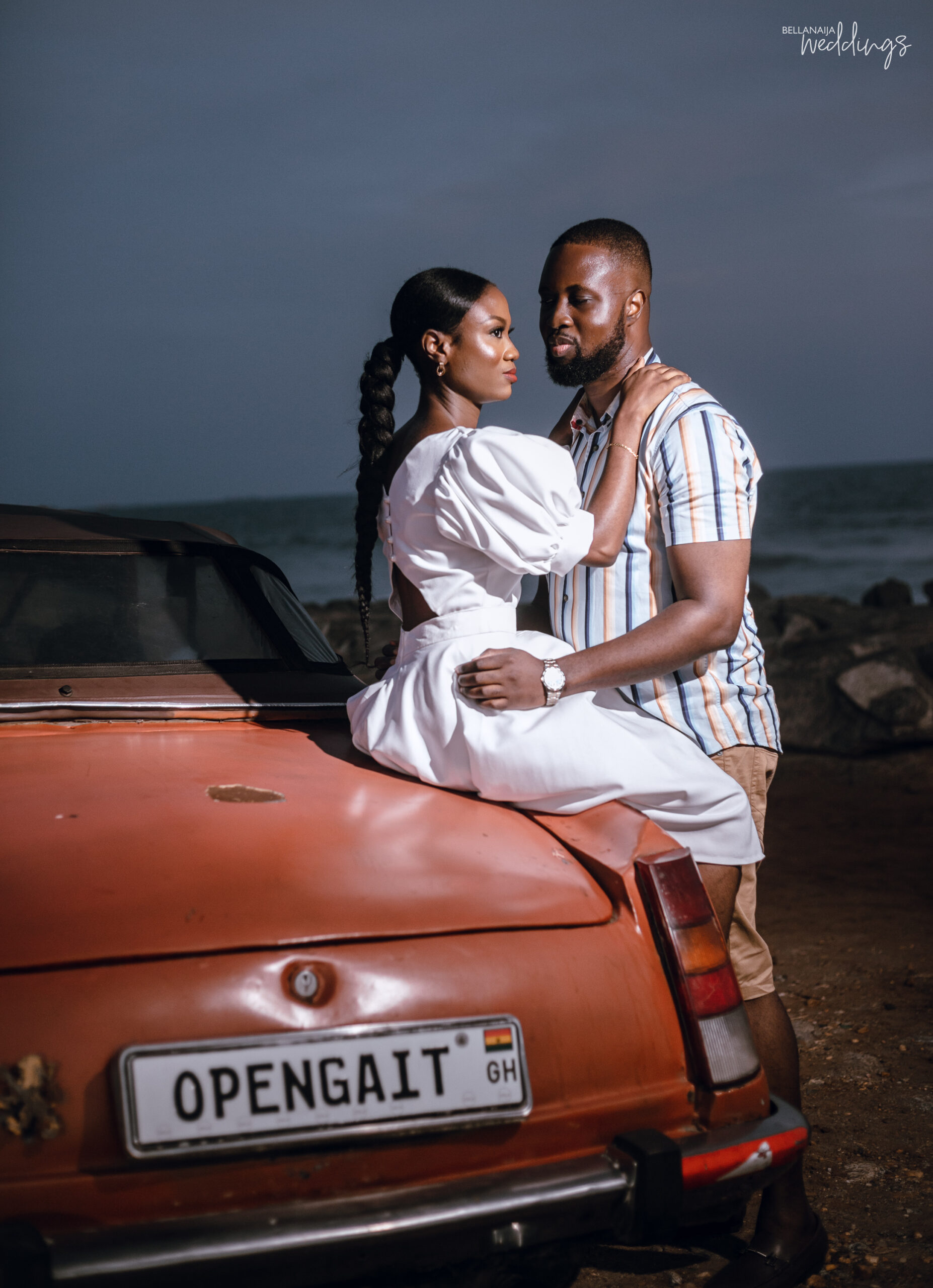 The gateman also confirmed this and urged me to go in, so I walked in, only to amazingly find my girls, my brother, Kwesi’s friends lined up with a rose in each hand. One by one I took everyone’s rose as I walked by and found myself at the entrance of the porch where I found him on one knee, with the final rose. My eyes were lit, almost bursting into tears, but full of shyness and happiness. I said ‘Of course yes’ with my chest and now we moveeee!!! 😅 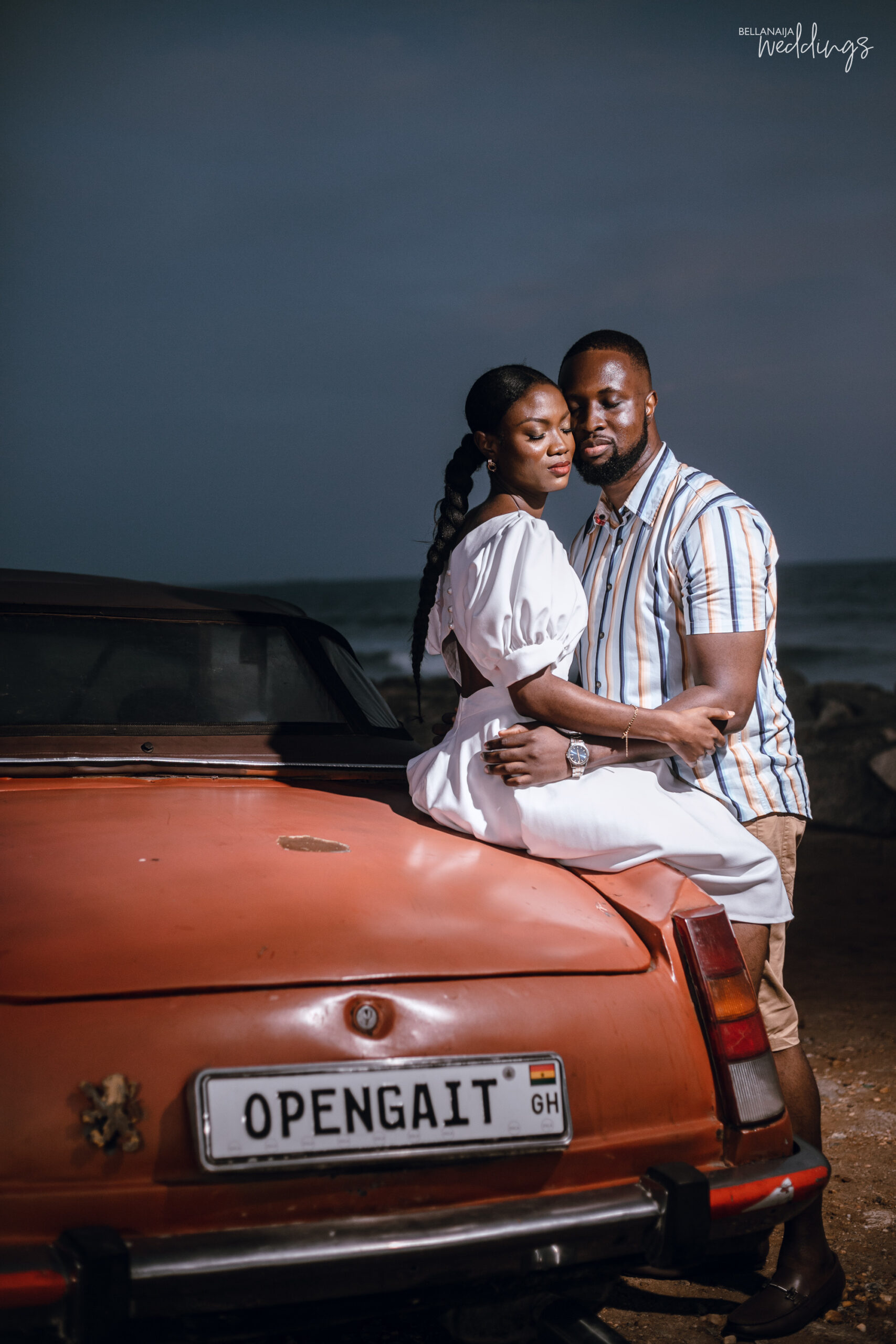 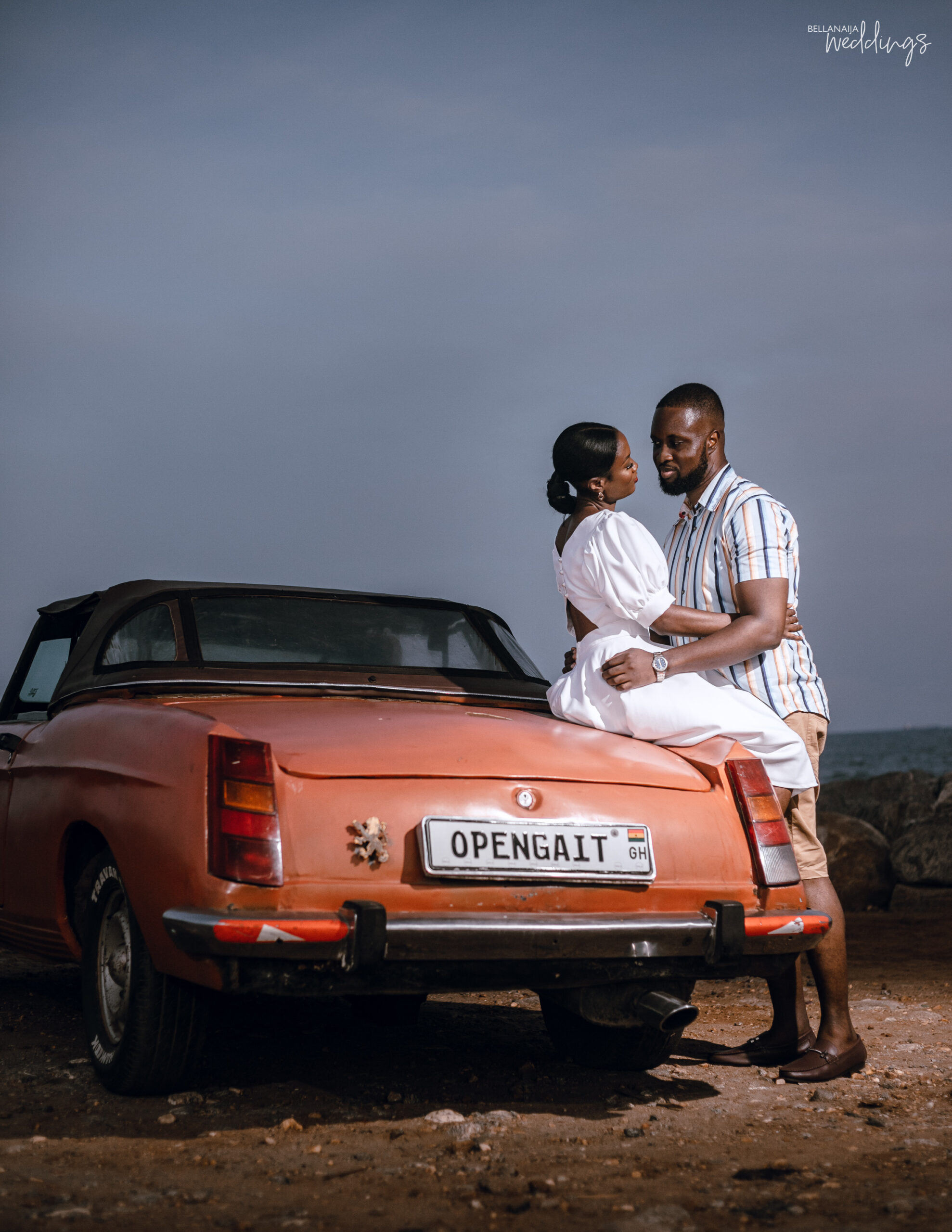 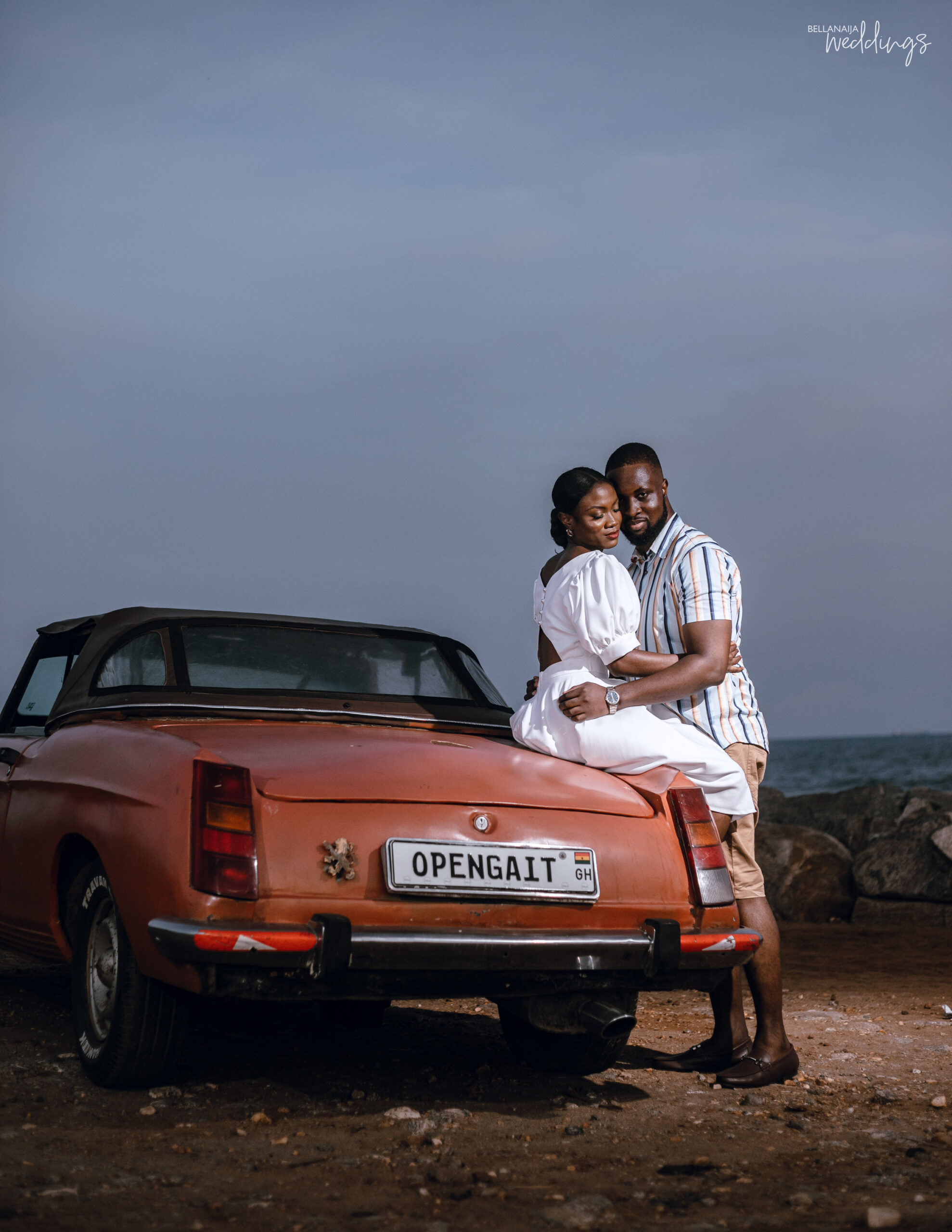 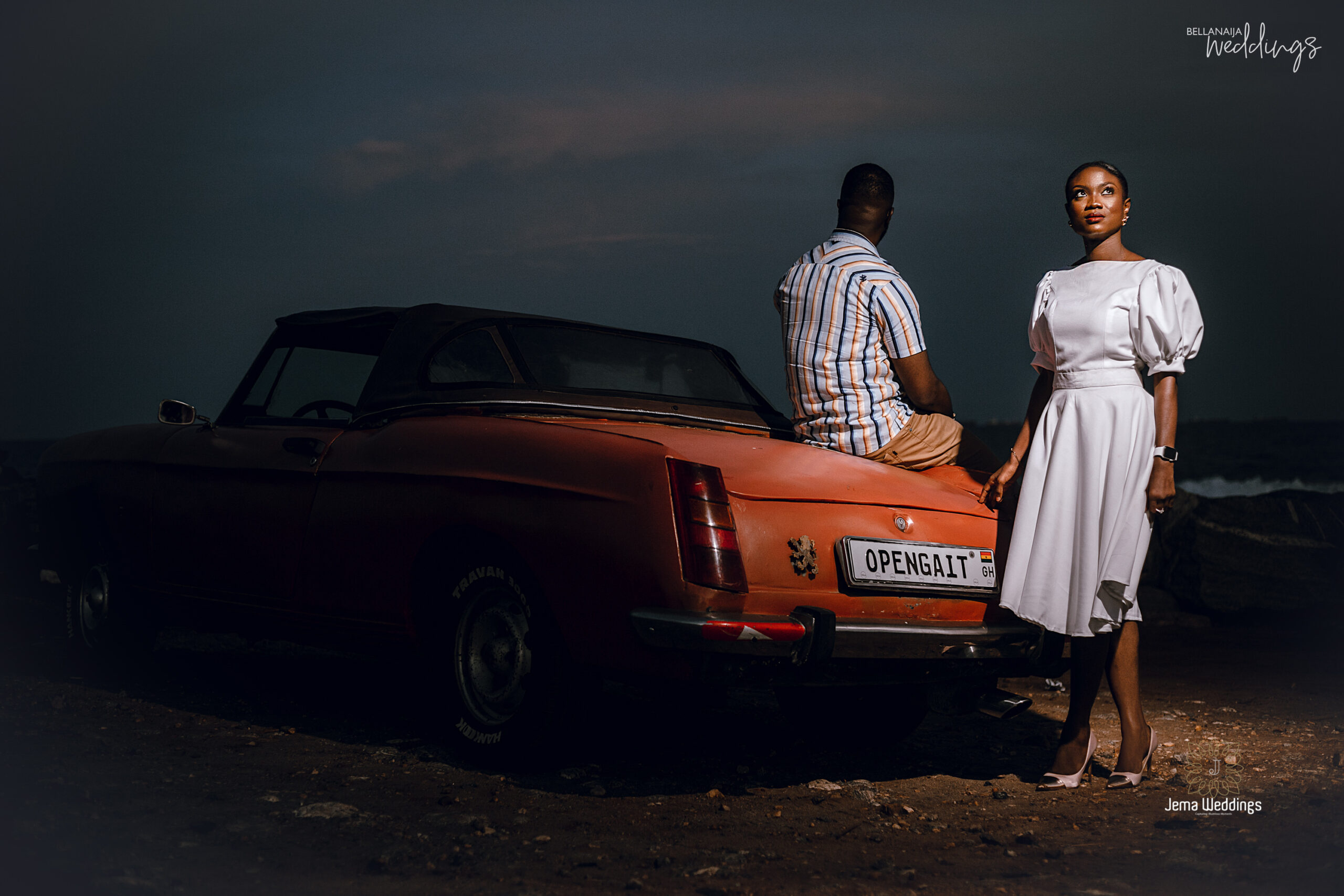 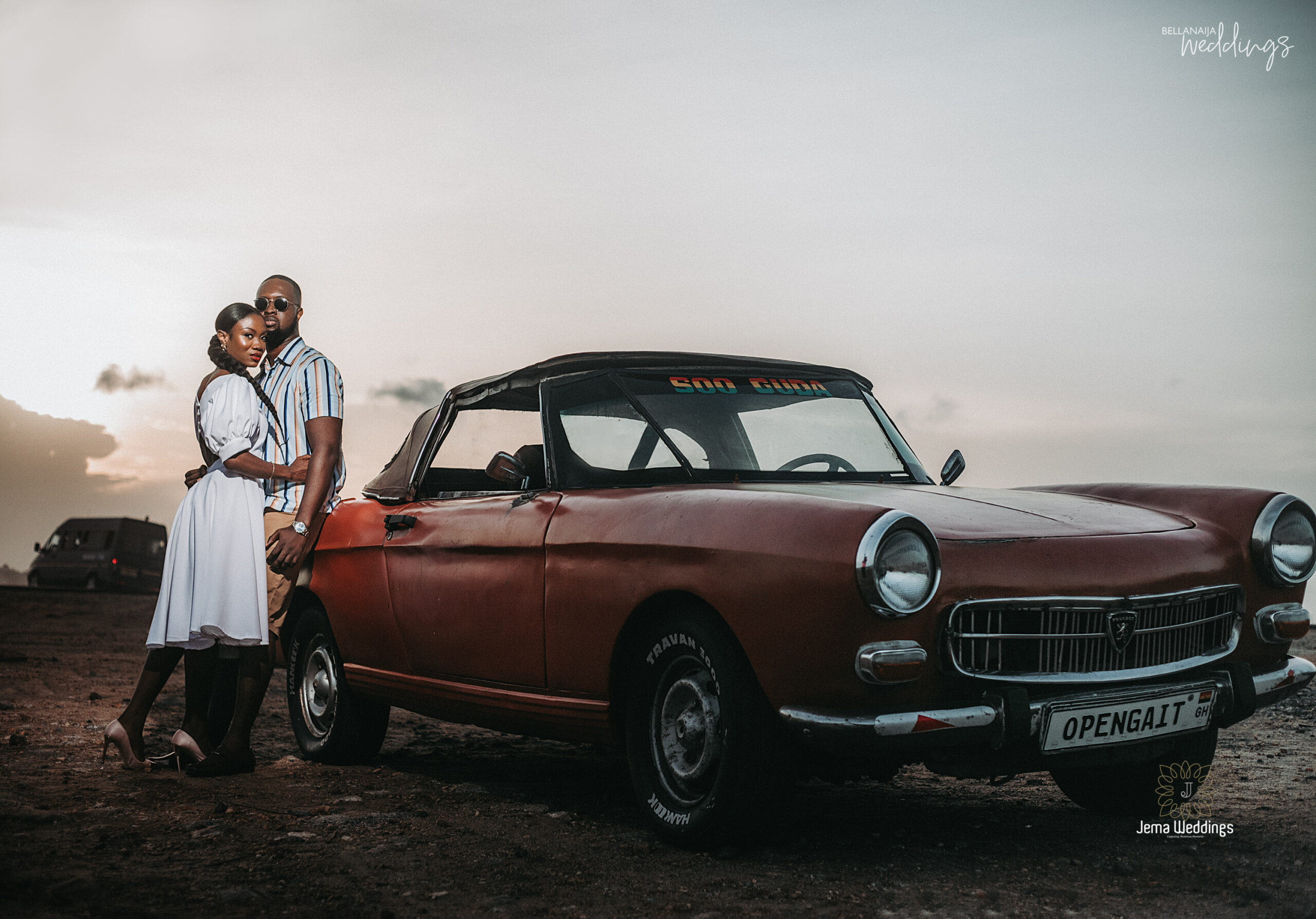 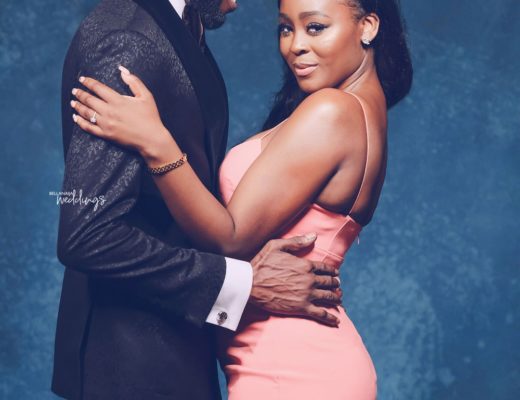 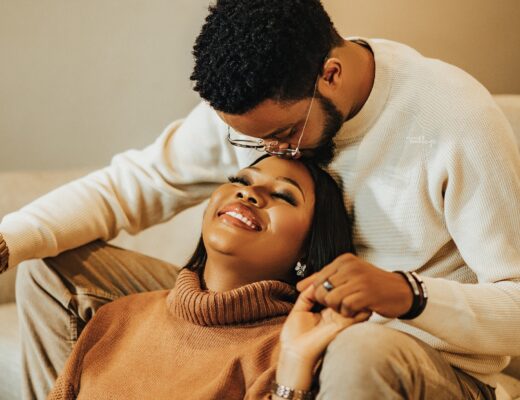 What Started as Friendship for Toyosi & Tunji is now #BesTTie21 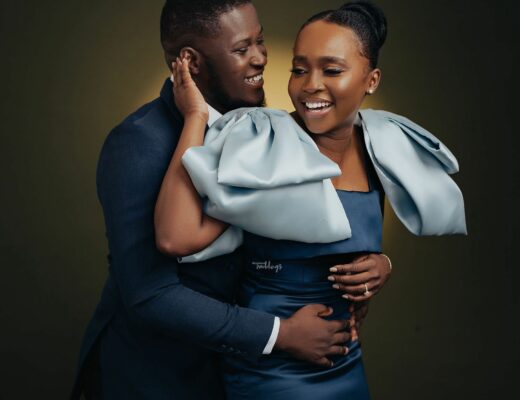